Birthdays are usually a time of celebration, but on Carol Burnett’s 56th birthday, she had little to celebrate. Her longtime friend Lucille Ball passed away the same day, but not before she’d kept up a very important tradition.

Ball and Burnett first met in 1959 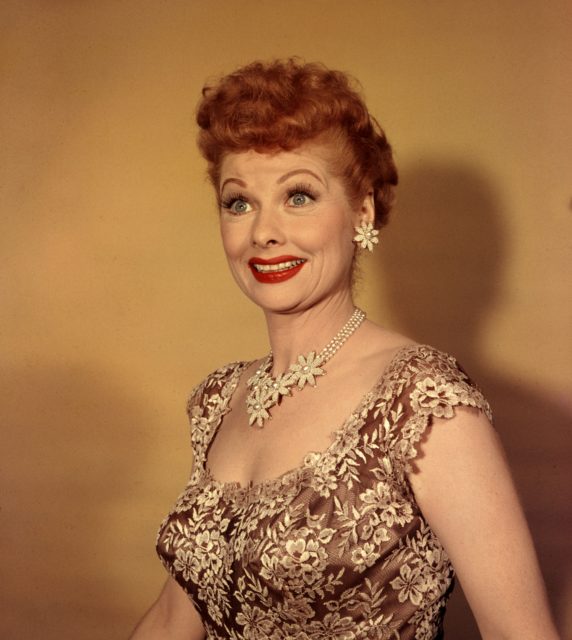 I Love Lucy had been over for a long time before Lucille Ball met Carol Burnett for the first time. America’s number-one sitcom aired from 1951 to 1957, and Ball had become a household name. When Ball first met Burnett, it was backstage at Burnett’s Broadway show Once Upon a Mattress in 1959.

Ball was fond of Burnett early on in her career. Right from the start, Ball called Burnett “kid.” Burnett described meeting her for the first time, saying, “She called me ‘kid’ because she was 22 years older than I.” Burnett continued, “Just as she was leaving, she said, ‘Kid, if you ever need me for anything, give me a call.'” 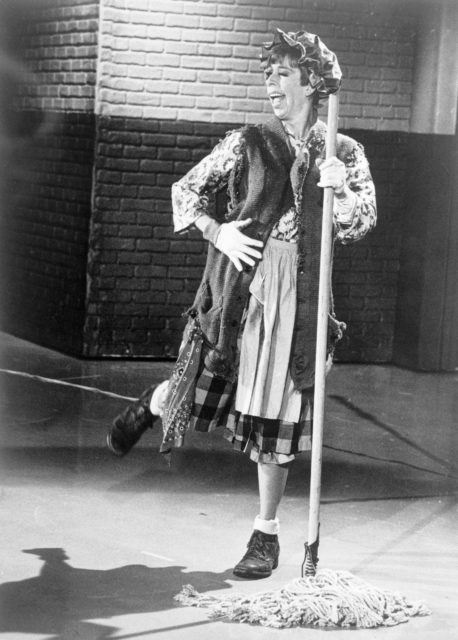 Comedian Carol Burnett in her characterization of a char-woman on her TV show, circa 1972. (Photo Credit: Bettmann / Getty Images)

A few years following their first interaction, Burnett was approached by CBS to do a variety show. However, there was a catch – CBS was only going to grant Burnett the variety television special if she could secure a big name to sign on, too. Immediately, Ball came to mind.

Burnett contacted Ball, cashing in the favor she’d offered the night they met, and soon the two funniest women in television were together on Burnett’s special that was called Carol +2. Their show premiered on March 22, 1966. This special was the pinnacle of Burnett’s career to date, and led to her securing her own television show, The Carol Burnett Show, a year later. 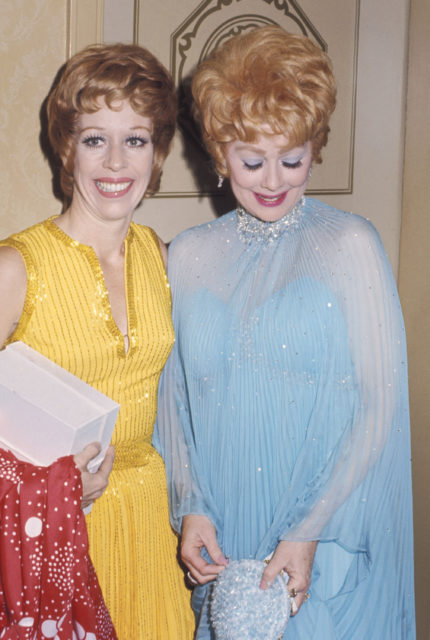 Ball and Burnett remained good friends over the years. Ball appeared on Burnett’s show four times in the first four years of the show, which aired for a whopping 11 seasons. Given her popularity and history on television as the First Lady of Comedy, Ball acted as a mentor as well as a friend to Burnett, offering her advice throughout her career.

Ball and Burnett were such good friends that Ball even hosted Burnett’s baby shower. “It was a black-tie baby shower! With men attending,” Burnett described. “It was one of the funniest evenings ever.” 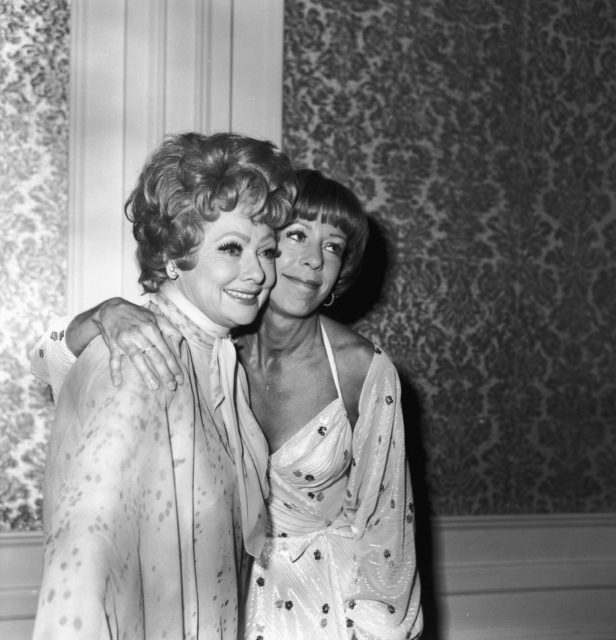 Over the years, Ball had made it a tradition to send Burnett flowers on her birthday. However, on April 26, 1989, she was not expecting to receive flowers. That day was not only Burnett’s 56th birthday, but was also the day that Ball passed away at 77 years old. She died around 5:00 in the morning but had already taken care of her commitment to her friend.

More from us: The Tragic Way Lucille Ball Said Goodbye to Desi Arnaz Before He Died

“She would always send me flowers on my birthday,” Burnett said. “She died on April 26th. That afternoon, I got flowers from her that said, ‘Happy Birthday, kid.'”

« Valak: Nun or a Little Boy? The Truth About the 17th-Century Demon Made Famous in Films
A Farmer Unexpectedly Discovered a Byzantine-Era Mosaic While Tending Olive Trees »