Ranking the Best Sitcoms of All Time

Throughout the decades, sitcoms have shaped the way we watch television and have acted as a way to mark changes happening in society. There have been some absolutely iconic sitcoms created over the years, making it tough to narrow down what we consider the best of all time. To create this list, we considered the impact sitcoms had on not only the shows that followed them, but on society itself. Most importantly, however, we considered how much these sitcoms made us laugh. 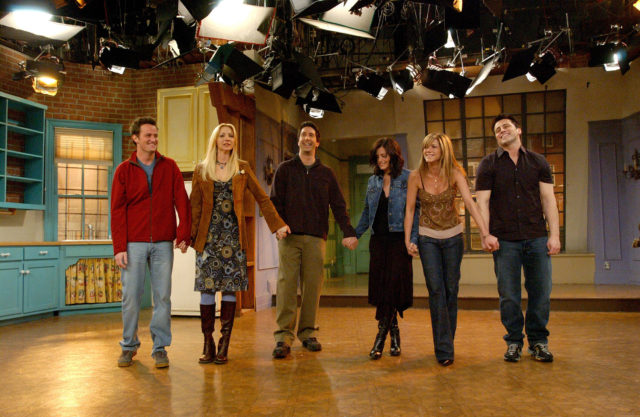 Friends was an immediate hit when it first aired in 1994. The entire cast had excellent comedic timing. The show is just as relevant today as it was when it first premiered. Perhaps the message that we should take from this sitcom is the idea that we can choose our family – just like the characters in Friends did with each other. 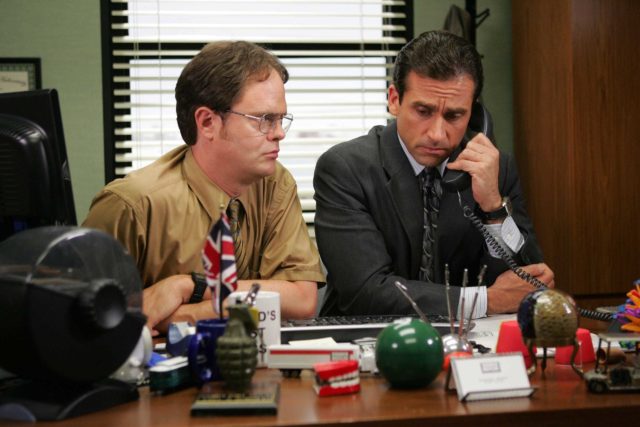 The Office is one of the best sitcoms of all time because it is filled with general awkwardness. The story is told through the lens of a documentary film crew who examine the everyday lives of the workers at Dunder-Mifflin Paper Company in Scranton, Pennsylvania. Viewers don’t know whether to love or hate Michael Scott (Steve Carell), who is the hilariously incompetent boss. Nonetheless, it is easy to fall in love with and relate to the characters in The Office. 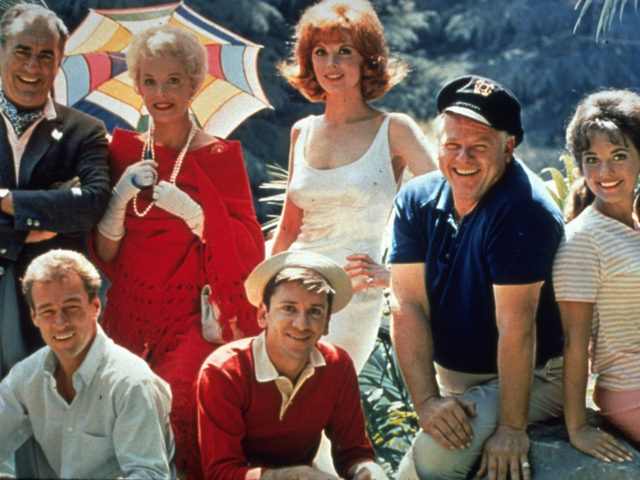 Gilligan’s Island was the reigning sitcom of the 1960s. The show features seven castaways stuck on an island, all coming from very different backgrounds. Most episodes revolve around the castaways’ conflicts, with Gilligan typically being the fall guy responsible for failures on the island. Today, both the character Gilligan and the show, in general, are considered to be popular culture icons. 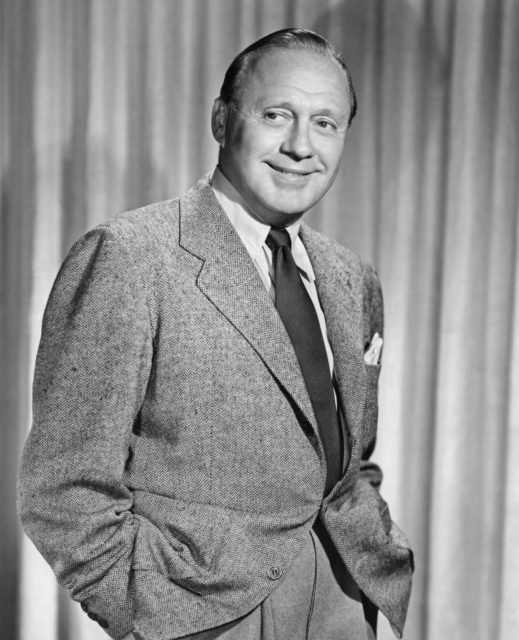 The Jack Benny Program can be seen as the grandparent of the modern sitcom. The idea for this television show came from entertainer Jack Benny’s popular radio program in the 1930s and 1940s. The television sitcom ran from 1950 to 1965, and was based on Jack Benny’s fictionalized life in Hollywood. The show was significant as it made use of a show-within-a-show format, where each character played themselves. The series also featured major guest stars, including Frank Sinatra, Judy Garland, and Bing Crosby, which kept the audience coming back and consistently drew in new viewership. 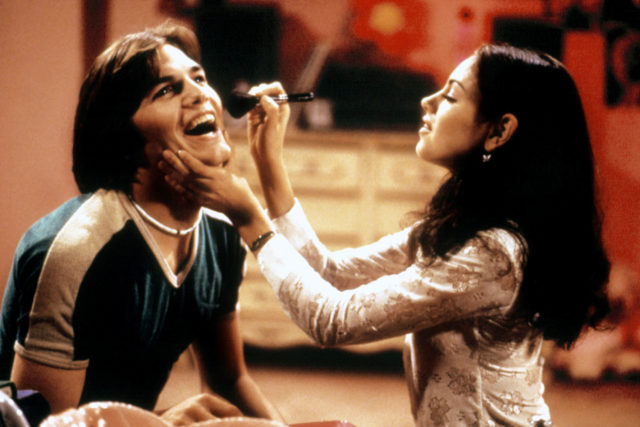 That ’70s Show is an iconic sitcom that is set in the past. The show focuses on a group of teenage friends (including Topher Grace, Mila Kunis, Ashton Kutcher, Danny Masterson, Laura Prepon and Wilmer Valderrama) who are trying to navigate life and love in Wisconsin during the 1970s. The show also features Debra Jo Rupp and Kurtwood Smith as Eric Forman’s parents who come from a different generation and don’t always see eye to eye with the teenage kids. The sitcom features themes that all teenagers and parents can relate to today.

13. The Fresh Prince of Bel-Air 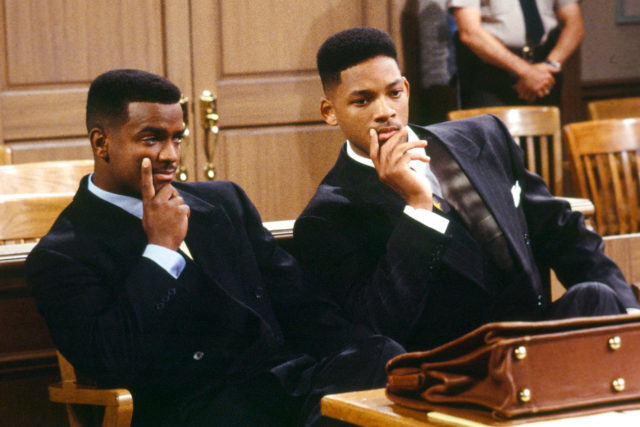 Will Smith and Alfonso Ribeiro in ‘The Fresh Prince of Bel-Air.’ (Photo Credit: NBC/ MovieStillsDB)

This classic 1990s sitcom features Will Smith as an inner-city kid adjusting to life with his wealthy extended family. Although this show tended to keep things on the lighter side, it didn’t shy away from dealing with more difficult topics. Who could forget the episode where the real Will Smith breaks down over his father who abandoned him? The series also dealt with confronting social issues when Will and Carlton endure a racist traffic stop. The Fresh Prince of Bel-Air is one of the greatest sitcoms to deal with real-life problems and feelings people experience each day. 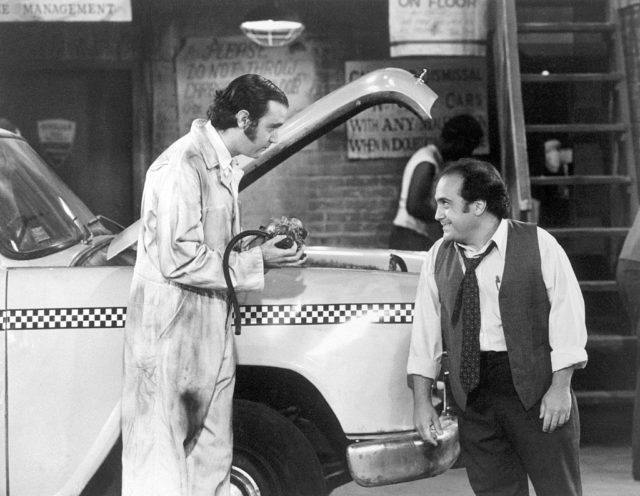 Unlike most sitcoms of the late 1970s to early 1980s, Taxi focused on a group of blue-collar cab drivers. All the characters had higher aspirations, but these dreams were just outside of their grasp. The show was groundbreaking for deriving humor from relatable situations. 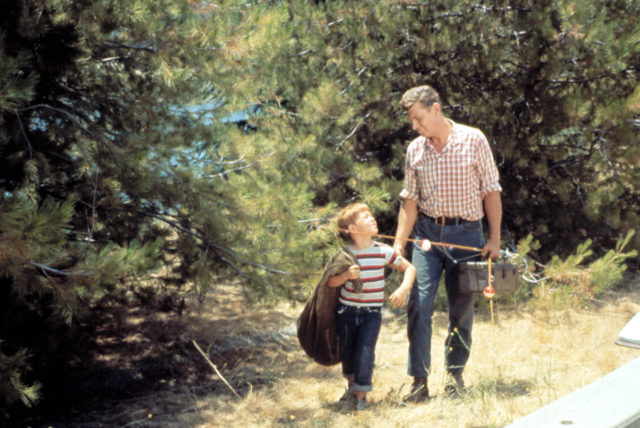 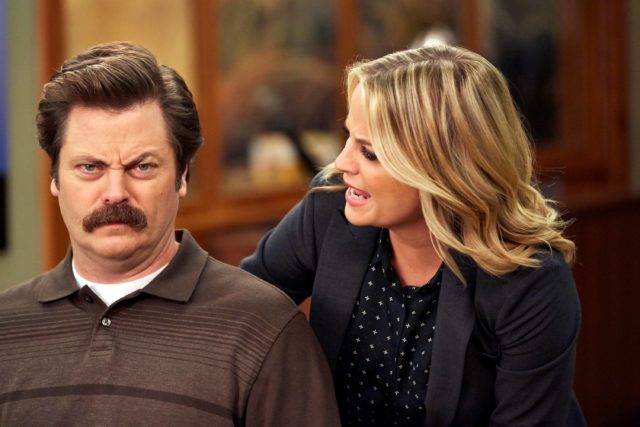 The idea for Parks and Recreation came from NBC’s desire for a spinoff of The Office. At first, Leslie Knope (played by Amy Poehler) seemed to have similar traits to The Office’s Micheal Scott, but it quickly became apparent that the audience should feel inspired by Leslie Knope rather than annoyed. There is a sense of warmth and friendship throughout the series, making Parks and Recreation truly one of our favorite comfort shows to rewatch after a tough day. 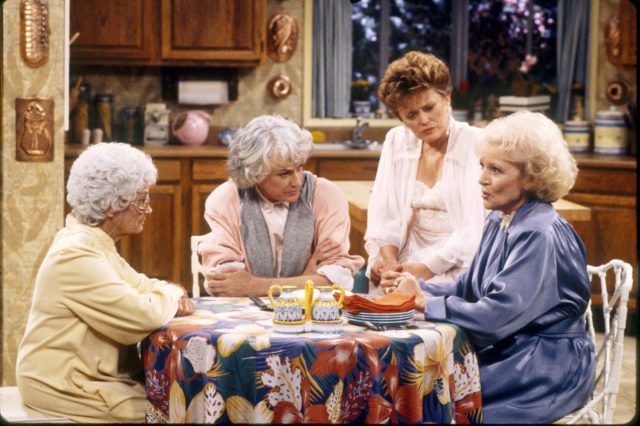 Although The Golden Girls is about three older women, it engaged audiences from every demographic. The concept was entirely new when it premiered in the 1980s – older women living together and having a great time despite their different personalities. Even more radical at the time was the fact that these older women dated. The Golden Girls most definitely paved the way for the recent Sex and the City revival. 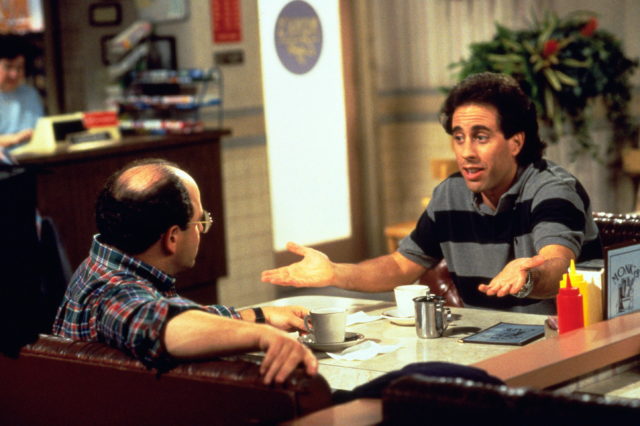 Seinfeld creators Jerry Seinfeld and Larry David truly crafted a winning show. Unlike many of the other sitcoms on air at the time, Seinfeld focused on the smaller things in life that everyone could relate to. This helped keep the audience engaged with the show for nine seasons. In fact, Frank Sinatra died on the night of the Seinfeld finale on May 14, 1998. The ambulance driving Sinatra made it to the hospital in record time because traffic was so light due to everyone watching Seinfeld.

7. All in the Family 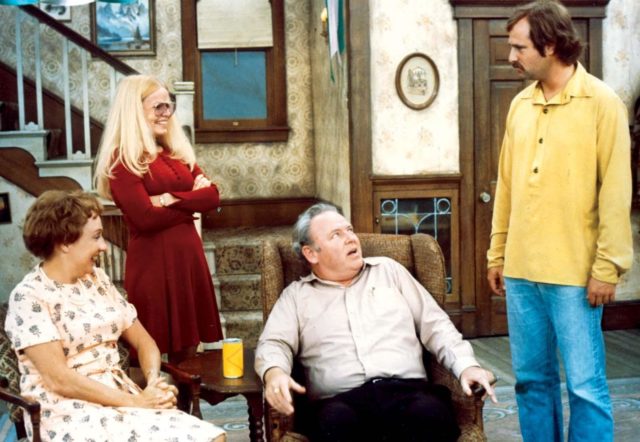 All In The Family was truly a transformational show. It follows Archie Bunker (played by Carroll O’Connor) who was racist, sexist, and homophobic. He was constantly getting into arguments with his wife Edith (Jean Stapleton), daughter Gloria (Sally Struthers) and his son-in-law Michael Stivic (Rob Reiner). The show offered its viewers a blunt and open discussion of current events and an unlikely protagonist. The show appealed to both liberal and conservative viewers and generated important conversations. 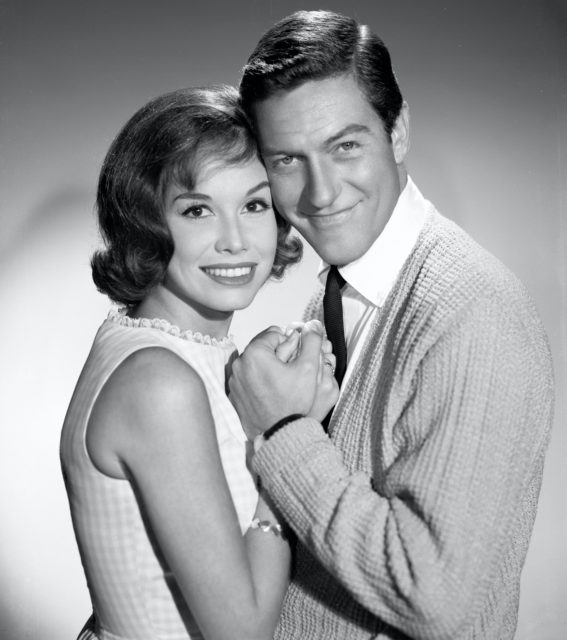 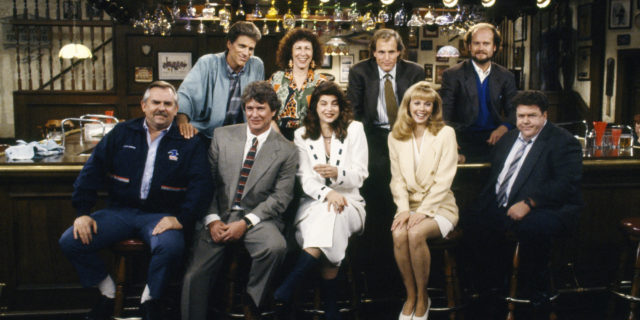 Before there was Friends, there was Cheers. Despite not being popular after its first season in 1982, it quickly rose through the television ranks to become one of the most beloved television series in history. The sitcom was one of the first to feature a will-they-or-won’t-they romantic storyline between Shelley Long (Diane) and Ted Danson (Sam). That story arch continues to be used for sitcom characters today. Cheers was on the air for 11 years, and even though there are no new episodes coming out, we still want to go where everybody knows our name. 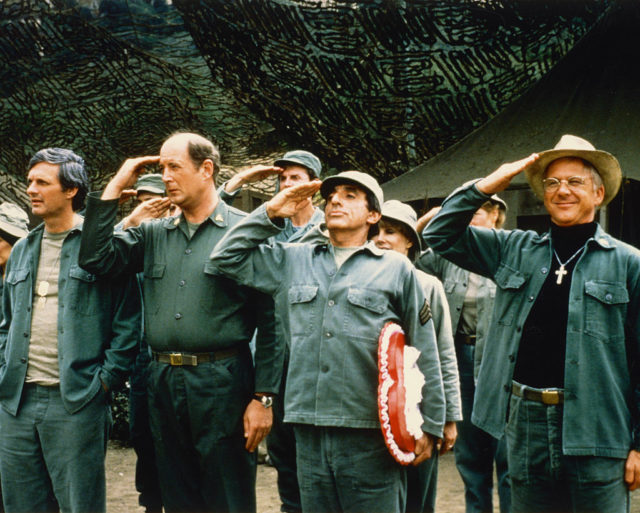 M*A*S*H  deserves a spot on this list not only for being funny, but also for having historical relevance. The show spent 11 seasons covering the Korean War – a remarkable feat considering the actual Korean War lasted only a sliver of that time. M*A*S*H is an acronym for Mobile Army Surgical Hospital, and the show follows a team of doctors and support staff in Korea. Its final episode, aired in 1983, remains the most-watched finale of any television series. This sitcom added humor to an otherwise tragic historical event. 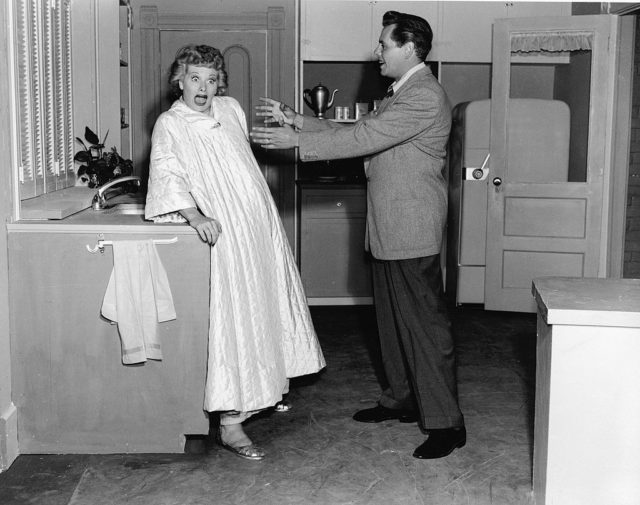 I Love Lucy deserves a spot on this list for being the first great sitcom on television. Premiering in 1951, I Love Lucy featured the hilarious Lucille Ball as Lucille Ricardo and her real-life husband, Desi Arnaz, as Ricky Ricardo. Together, Lucille Ball and Desi Arnaz basically came up with the concept of filming a sitcom episode with multiple cameras in front of a live studio audience – a tactic still used in sitcoms today. I Love Lucy ushered in a new type of sitcom that has yet to be matched by recent comedic shows. 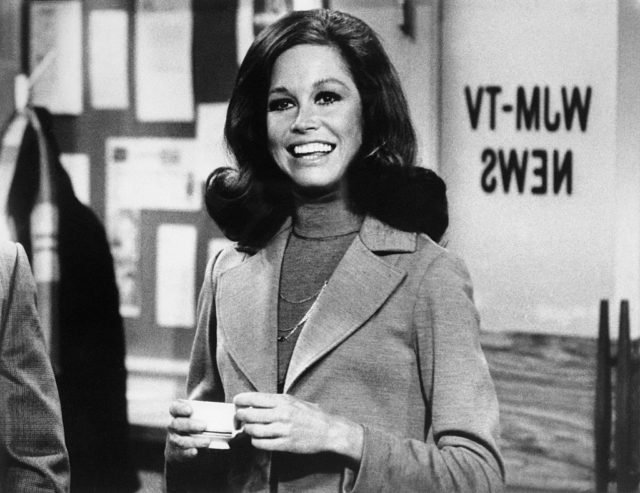 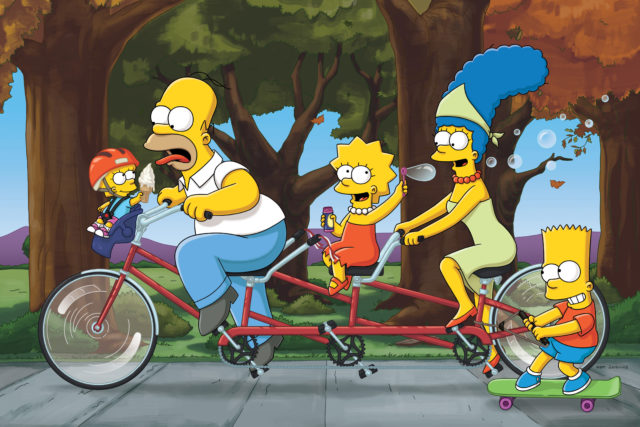 More from us: Historic Events That Had Us Glued to Our Television Screens

The animated satire about Springfield’s most unlucky family has got to be one of the most popular sitcoms of all time. Even more remarkable is the fact that The Simpsons has been on the air for 33 years and is still as popular today as it was in 1989. The show has comedically covered major historical events for over three decades and has featured both political figures and celebrities in its many episodes.

What makes the series so spectacular is its continued appeal to both an older and younger audience, which has allowed it to stay relevant for so long.