Behind The Scenes Tensions of Classic TV Shows Revealed

Some TV shows hold a special place in people’s hearts. From must-see dramas to laugh-out-loud sitcoms, people care about their favorite series. And when things change onscreen, audiences notice.

Often this is down to behind-the-scenes tensions. Read on to see which classic shows raised the temperature off-camera, taking things in a different direction.

All In The Family 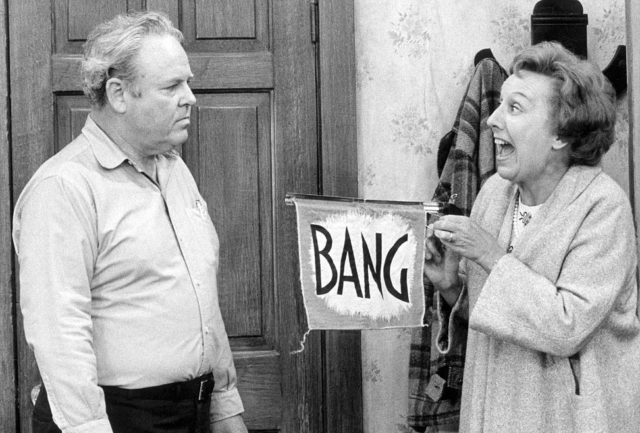 Archie (Carrol O’Connor) fails to get a bang out of Edith’s (Jean Staplton) efforts to cheer him up, as inflation and the chance that his union may go on strike overshadow their anniversary party on the CBS-Television show “All in the Family” (Photo Credit: Bettmann / Contributor)

This popular sitcom was a staple of TV in the 1970s. Starring Carroll O’Connor as the bigoted Archie Bunker, it was known for tackling tough subject matter.

Speaking of tough, Bunker nearly met his maker following O’Connor’s desire for a pay raise. If you’re wondering why Archie disappeared for a couple of episodes, that was why. “Fortunately for him, the third episode, which was slated to kill off his character, was rewritten after they reached an agreement,” writes Her Moments. Bunker went on to have his own spin-off show. 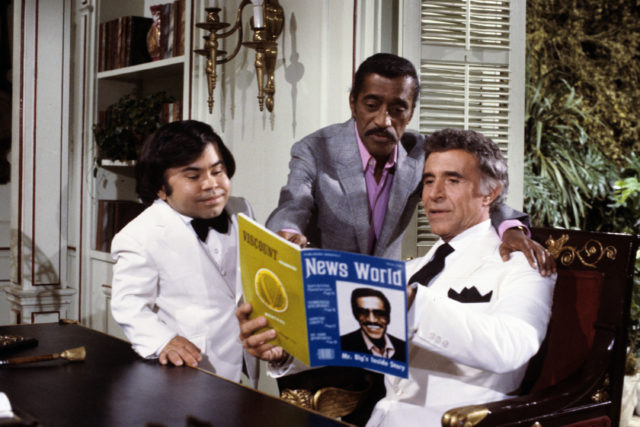 Where would hit show Fantasy Island be without Hervé Villechaize shouting “The plane! The plane!”? Ricardo Montalbán’s Mr. Roarke found out after his assistant Tattoo took off for the final season. Villechaize, who’d been with the series since it began in 1977, wanted higher pay.

The resulting argument proved too much for Villechaize. He bailed, with new character Lawrence (Christopher Hewett) replacing him. Not long after the classic island was deserted for good by network producers. A complex character, Villechaize died by suicide in 1993. 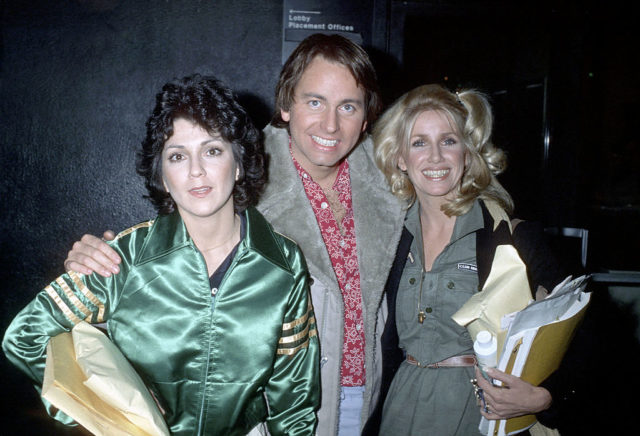 Roommate sitcom Three’s Company wowed audiences from the late ‘70s to early ‘80s. Just as All In The Family was based on UK show Till Death Us Do Part, so this set-up was borrowed from the Britcom Man About The House. John Ritter, Suzanne Somers and Joyce DeWitt starred.

The onscreen household was packed with tension, a situation mirrored offscreen. “Somers has been widely reported as the instigator of these issues, as she apparently resented Ritter’s place as the top-billed star,” writes The Delite.

A high profile pose on the cover of Newsweek reportedly displeased Ritter and DeWitt. All in all, this trio didn’t have the happiest of times. Somers threw in the towel after Season 5, after which the series was never the same. She left over… you’ve guessed it, a pay dispute. Three’s Company became zero 3 years later. 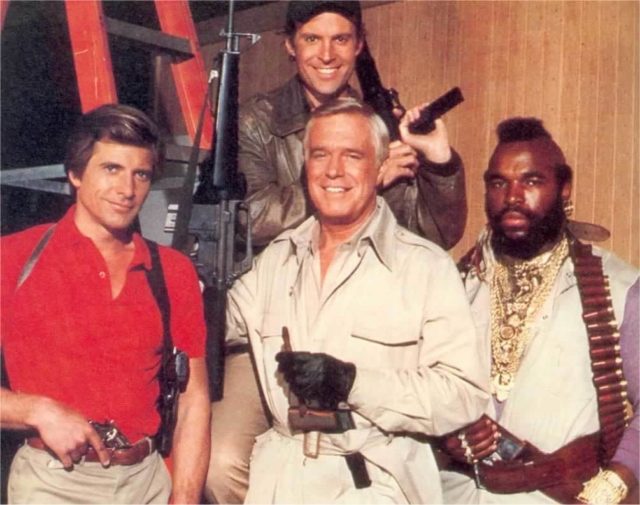 A small screen action favorite of the ‘80s, the adventures of Hannibal Smith and co lit up many an evening in houses worldwide. Often literally, what with all the explosions, in which famously no one died.

If you think The A-Team was strictly a boys’ show, then you may be forgetting Melinda Culea, who played journalist and series regular Amy Allen. By the second season she’d moved onto other assignments. Why did she stop helping the legendary soldiers of fortune?

Culea says that star George Peppard took her to one side and explained that, despite her professionalism, she wasn’t needed: “For some reason they think they need a girl,” are the words he used, according to TV Tropes. Mental Floss adds that she believed “the entire cast ‘ganged up on her’ to get the producers to dump her.” 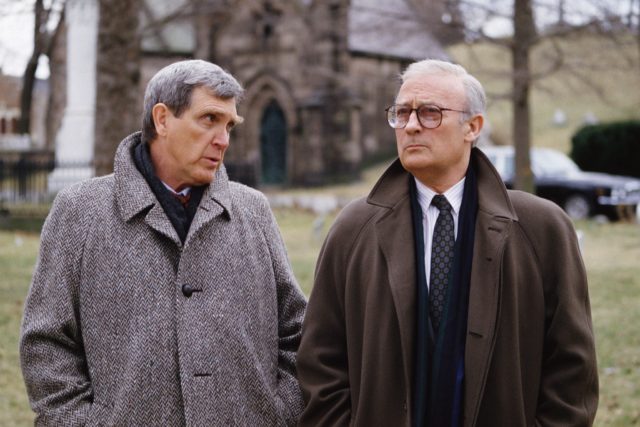 This gritty (for the time) action drama starred Edward Woodward as a British agent taking out the trash in New York. There was no mistaking Woodward’s screen presence, which made it pretty noticeable when he didn’t appear in a handful of episodes.

Producers lined up a true Hollywood great as his replacement – Robert Mitchum, a surprisingly heavyweight signing. But why was he there? Truth was, Woodward had been struck down by a heart attack. Happily, he returned to the role of Robert McCall and stayed through until the show’s cancellation. 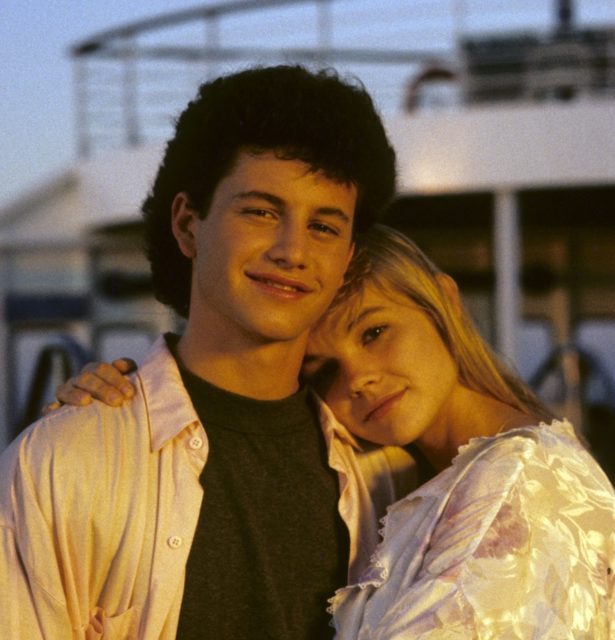 Family-focused sitcom Growing Pains, produced between 1985 and ‘92, went through some agony of its own. Kirk Cameron’s burgeoning religious views resulted in him taking a hard line on cast and crew.

As mentioned by The Delite, co-star Julie McCullough lost her job after committing the cardinal sin of appearing in Playboy. Future Chandler Matthew Perry also got short shrift. Cameron really took against him, reportedly believing him to be doing the Devil’s work! 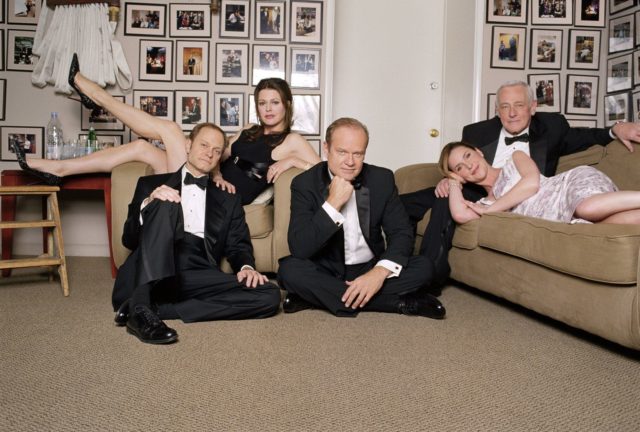 Dr. Frasier Crane left the building for a while, to use the lyrics of his famous theme song. Or, to be more precise, star Kelsey Grammer needed to dry out. Viewers may have noticed a shorter than usual Season 4, which happened after Grammer crashed his car under the influence.

He sought help and, while not totally off the booze, appears in a better place these days. Much amusement of the unintentional kind was apparently caused by Frasier suddenly attending a radio psychologist convention. 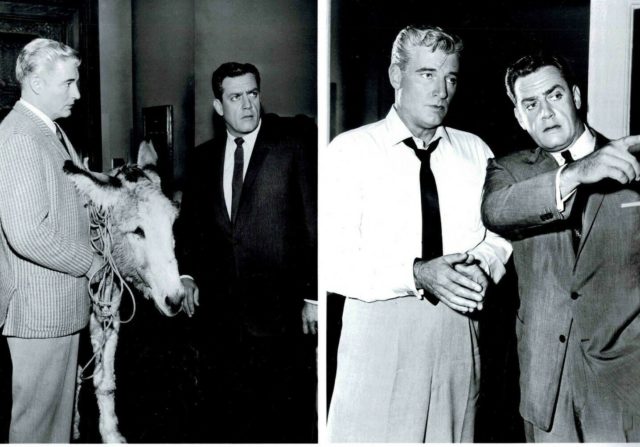 Ultimate legal eagle Perry Mason thrilled audiences between the 1950s and ‘90s. HBO recently revived the character as Matthew Rhys, but for many Raymond Burr is the definitive Mason.

So, they may have been a little confused by A Perry Mason Mystery (1993-95), which placed the title lawyer elsewhere and brought in esteemed actors such as Paul Sorvino and Hal Holbrook to lead the case.

Why wasn’t Burr involved? Well, he had a good reason – he died! Cancer took him from the world, leading producers to try and recapture the magic another way.