Hollywood feuds always grab headlines! Gossip lovers and the generally nosy love a ferocious behind-the-scenes battle. And for good reason… the idea that bitter arguments take place behind a glamorous facade is irresistible.

Bette Davis and Joan Crawford’s epic grudge match was the very definition of a Hollywood feud. Sensationally dramatized in a 2017 TV series starring Susan Sarandon as Davis and Jessica Lange as Crawford, the acrimony lasted for decades.

Accounts differ about how it started, but one situation lit the fuse. Actor Franchot Tone starred with Davis in the 1935 drama Dangerous. She was in love with him and apparently, the pair were involved. To Davis’ lasting fury, Crawford took up with Tone and the relationship resulted in marriage. As late as 1987 – 10 years after Crawford had passed and two years before her own – Davis was publicly decrying her rival over the move. 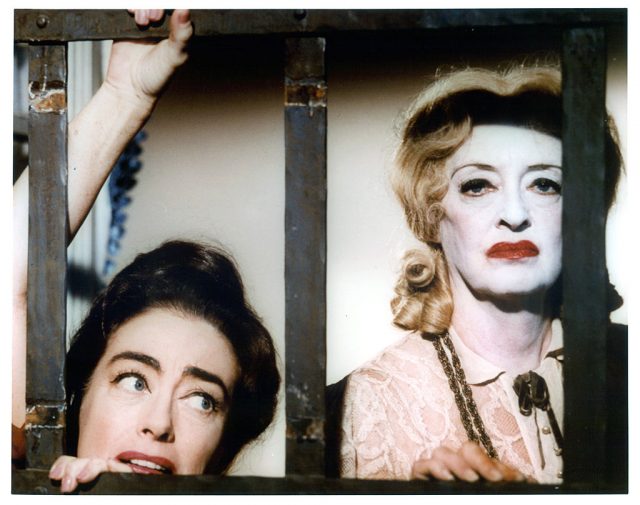 Joan Crawford and Bette Davis publicity portrait for the film ‘What Ever Happened To Baby Jane?’, 1962. Hollywood feuds. (Photo by Warner Brothers/Getty Images)

They even agreed to co-star in the classic horror film Whatever Happened To Baby Jane? in 1962. Playing resentful siblings, the knives were well and truly out on the soundstage. “In one scene, where Davis has to drag Crawford by the shoulders, Crawford filled her pockets with rocks so Davis would strain her back,” writes Zoomer. “Davis, in turn, allegedly kicked Crawford in the head during a particularly violent scene.”

From the big screen to TV for this next pairing. Vivian Vance and William Frawley were household names in the US, playing Ethel and Fred Mertz on the classic I Love Lucy (1951 – 57). Ages weren’t the only thing that differed with these small screen stars.

Prior to their meeting, Vance (39) “thought of herself as a glamour girl and even occasionally played a vamp on stage,” writes Neatorama. Frawley (64) “could be trouble, was notoriously grumpy, and was a heavy drinker.” Between them, they generated enough sparks to light the Hollywood sign. She thought he was too old to play her husband, referring to him as an “old goat.” Within earshot at the time, Frawley wasn’t terribly pleased. 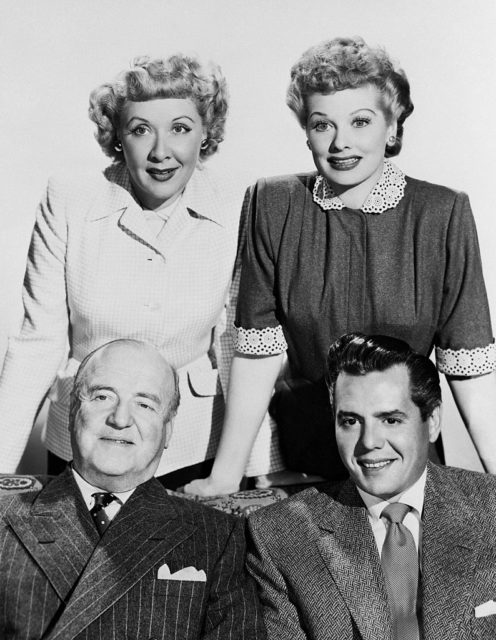 Their working styles clashed – not that tensions were obvious onscreen. Ethel’s unusual way of planting a smacker on her beloved – “Vance would simply kiss the air near Frawley” says Zoom – was a sign things weren’t right. As things stood, they probably wanted to give each other another kind of smacker altogether…!

The feuding between elastic-limbed comedy legend Jerry Lewis and swinging cat crooner Dean Martin started off as a friendship. Teaming up on the live circuit during the 1940s, they were appearing in movies together by the close of that decade.

Several years later, it was over for Martin and Lewis. Some put the blame down to the latter. Lewis reportedly upped his own profile and imposed creative ideas on Martin (he went on to become a solo performer and noted film director). Either way, there was no love lost. “Our lifestyles and careers are separate and apart,” Martin told People in 1983. “But if you told me he was outside right now, it would be a joy to jump on his neck.” 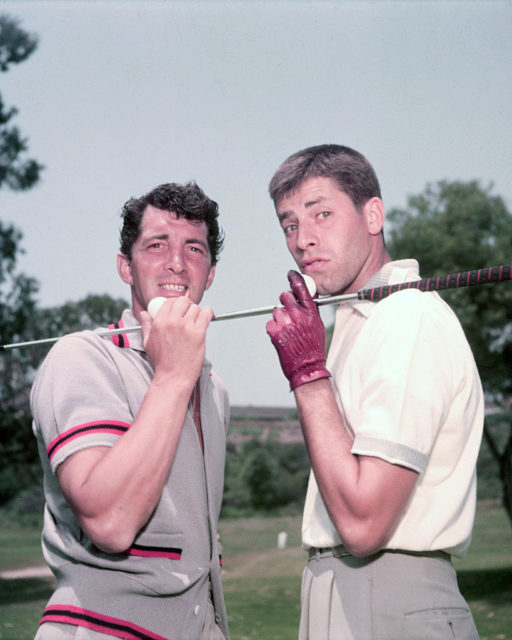 Unlike others on this list, Dean and Jerry eventually patched things up. Sort of. Frank Sinatra invited Martin onstage to surprise Lewis during a charity telethon in 1976. While that was seen as awkward, a later tragedy brought the two men together properly. Martin’s son Dean Paul Martin Jr. sadly died in a plane crash in 1987, and Lewis supported his partner at the funeral. They never had a full-blown reconciliation it seems, but at least the chance was taken to smooth things over.

Much-loved movie stars and real-life sisters Joan Fontaine and Olivia de Havilland had beef going way back. Even as little ones there was a storm brewing. The feud could only get worse once the bright lights of Hollywood beckoned. Yet things sounded pretty rough in the playpen…

“Though they did occasionally play together, their clashes were frequent,” writes Biography.com, “featuring slaps (Joan) and hair pulling (Olivia). Joan also accused Olivia of tearing up her outgrown clothes because she didn’t want them to go to her younger sister, and also of breaking Fontaine’s collarbone when she tried to pull her older sister into a swimming pool.” The site also mentions a murder plot by nine-year-old Joan against Olivia! 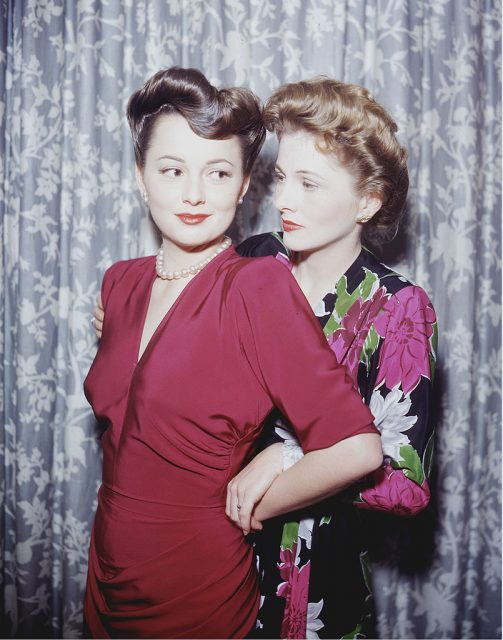 When Olivia climbed the Tinseltown ladder first, Joan was hot on her heels. Well wheels actually, as Joan drove Olivia to and from Warner Bros for a time. The year 1942 saw them both Oscar-nominated, Joan for Alfred Hitchcock’s Suspicion and Olivia for Hold Back The Dawn. Big sister triumphed, but De Havilland bagged her own little gold man five years later through her work on To Each His Own. Tragically, the rancor never subsided, though it’s said they loved each other regardless.

In a crossover with the Davis and Crawford case, De Havilland took legal action against the producers of Feud in 2017. She objected to the way she was portrayed, but her efforts to take the show off the air were unsuccessful. Catherine Zeta-Jones played De Havilland.

Frank Sinatra intervened on behalf of pals Dean Martin and Jerry Lewis during their high-profile feud. Turns out Ol’ Blue Eyes had issues of his own… with none other than Marlon Brando. It had its roots in the production of the classic Brando title On The Waterfront (1954).

Sinatra wasn’t happy about Brando getting the lead role, and bristled when the brooding game-changer won an Oscar. Zoomer writes, “According to Sinatra, he’d long coveted the role of Terry Malloy and was more than displeased when he was passed over for the actor he not-so-affectionally referred to as ‘Mumbles’ and ‘the world’s most overrated actor.’”

More from us: Why Christopher Reeve Hated Working with Marlon Brando on ‘Superman’

Making a movie together the following year – Guys and Dolls – probably wasn’t the best idea! Here the pair’s different working methods clashed, with the cast and crew getting a ringside seat. Brando wanted to shoot scenes over and over, much to the frustration of “one take” king Sinatra. When Brando was subsequently attacked by two men, he pointed the finger at Frank. A link to Sinatra was never established, but it became part of the legend anyway.