I Love Lucy was one of the most-watched television shows in the United States when it aired between 1951 and 1957. The antics of Lucy and Ricky Ricardo, along with their landlord and friends Fred and Ethel Mertz, gained the affection of the public and the show is fondly remembered as one of the pioneers of comedy television. This list explores some behind-the-scene facts about the popular series. 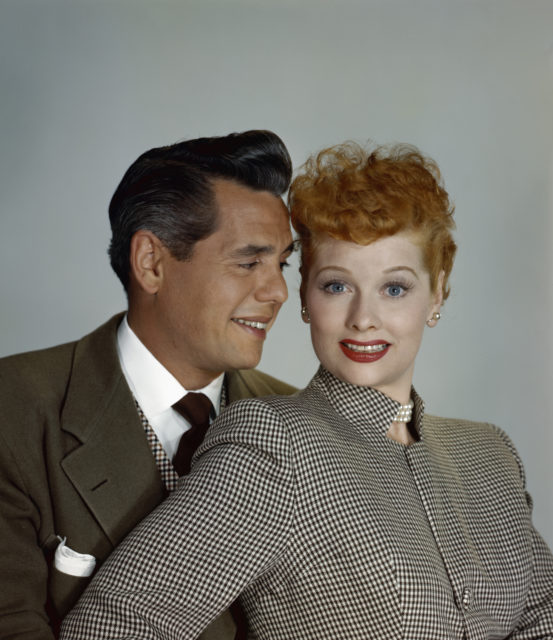 Lucille and Desi didn’t just play the married couple Lucy and Ricky on I Love Lucy, they were also married in real life! The two first met while they were filming the Broadway musical comedy, Too Many Girls, in 1940. They sparked an immediate connection and just six months later, on November 30, 1940, they eloped. When Lucille got her own show later, “she insisted that… Desi be cast as her husband.” Network executives didn’t think the public believe that Lucy married someone from another country – even though she had in real life!

Lucille and Desi’s marriage lasted for two decades and the pair shared two children together, Lucie Arnaz and Desi Arnaz Jr. Although their marriage came to an end in 1960, Lucille and Desi were married for the entire airing of I Love Lucy. Following their divorce, they co-parented their children. 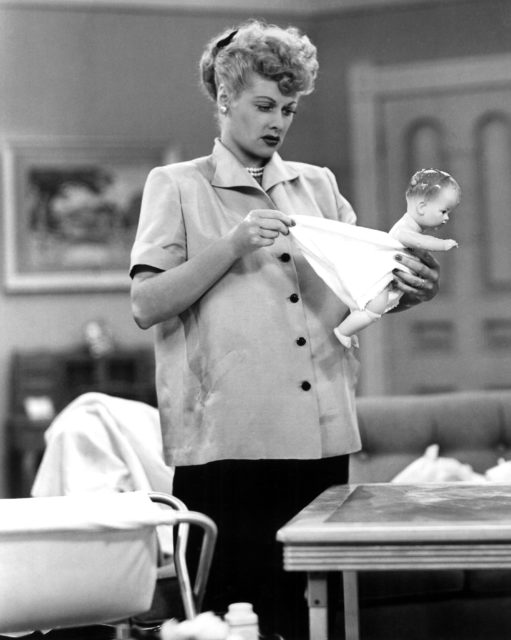 An actress being pregnant on screen was unheard of at the time that I Love Lucy aired. Lucille made history when she shot the pilot for the television series while she was six months pregnant with her first child. However, the pilot was never broadcast. Instead, they began the show with the first episode, so viewers never got to see Lucille’s first pregnancy.

In the show’s second season, however, Lucille became pregnant with their second child. Typically, the Code of Practices for Television Broadcasters forbids the airing of anything sexual (which pregnancy was considered at this time), but the network decided to allow Lucille to continue filming while pregnant, just with strict rules in place. One rule included the actors not being allowed to say the word “pregnant” on screen. 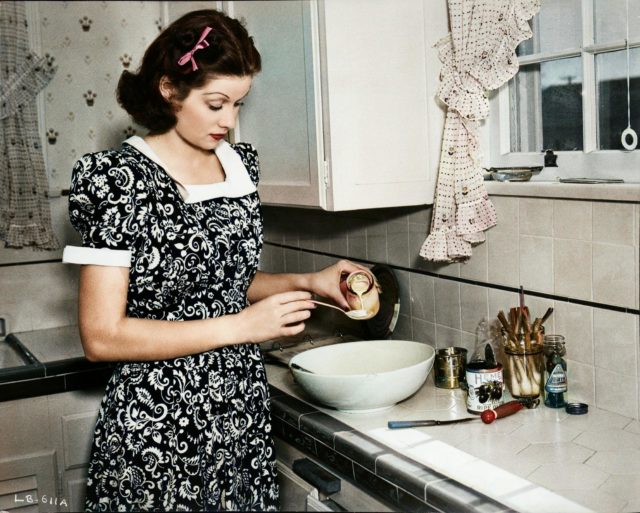 The iconic red hair that Lucille became best known for was not actually her natural hair color. Instead, Lucille was born a natural brunette and actually dyed her hair blonde on numerous occasions before transforming into the brightly-colored redhead she is remembered for today.

Her hairstylist, Irma Kusley, explained that the color was actually a “golden-apricot color” that required a lot of maintenance. Lucille had a safe of the henna rinse that was used to achieve the perfect color. She constantly had to dip into her stash in order to keep up appearances. 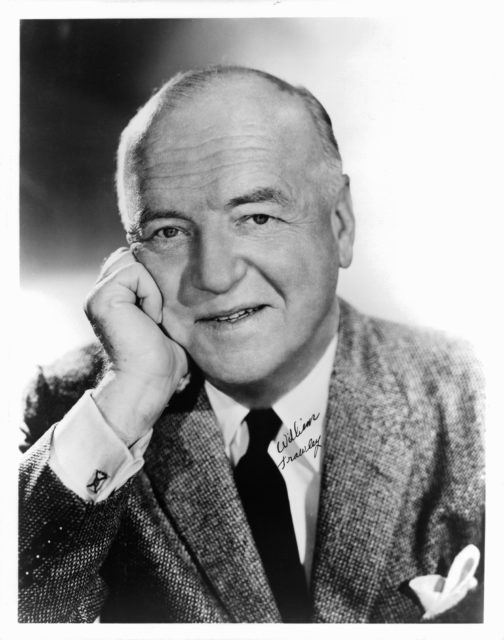 When William Frawley signed the contract to star as Fred Mertz, there was a particular clause that he insisted on. You see, William was a huge baseball fan. More specifically, he was a huge New York Yankees fan. Such a big fan that he was contractually allowed to miss tapings of the show if the Yankees made the World Series.

Well, unfortunately for the network, the 1950s were some of the Yankees’ most successful years. They made the World Series in 1951, 1952, 1953, 1956, and 1958. As such, William’s character had to be written out of two episodes during the series to accommodate the unusual clause. He wasn’t going to miss a game – not even for work. 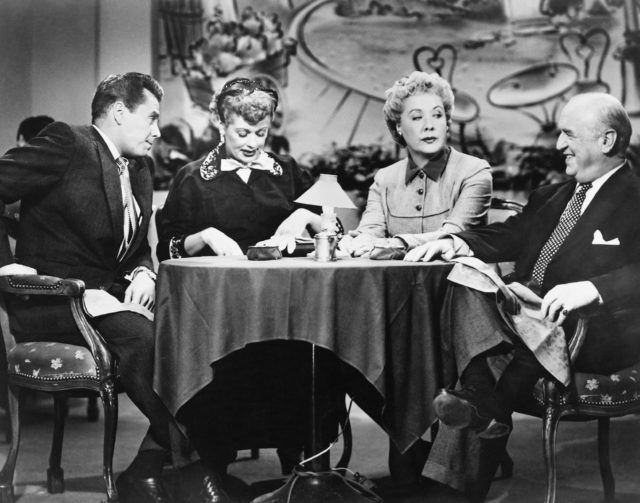 Fred Mertz’s wife on the show was Ethel Mertz, played by Vivian Vance, and though their characters lived a relatively happy co-existence, the two actors struggled to get along off-camera. William Frawley was 22 years Vivian’s senior, and she didn’t think a marriage between her young, spritely self to such an old man was believable. When William overheard her complaining, it immediately sparked a feud between the two.

In the long run, it was really William who had problems with Vivian. He was vocal about his opinions of her, saying she couldn’t sing and was too demanding when it came to choreography. Even years later, long after I Love Lucy was no longer taping, he would call her profane names. Despite his bad attitude, Vivian always managed to be professional during filming. Desi Arnaz explained this in his memoir, A Book. “She was great in the part. … She was also very good in putting up with old Bill – She never felt any animosity toward him.”

Lucille’s mother was always there 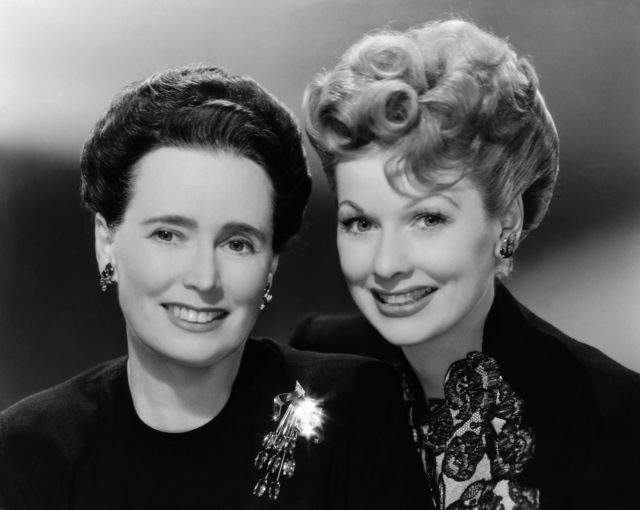 I Love Lucy was shot in front of a live audience, and Lucille could always look into that audience and find her mother. Desiree “Dede” Ball attended every single taping of the show for its entire six seasons. Not only was she there to support her daughter, but also just loved the show. One could often hear DeDe saying “uh-oh” whenever Lucy found herself in uncertain situations.

More from us: Are Keanu Reeves and Winona Ryder Really Married?

As she was Lucille’s mom, no one was going to ask her to be quiet and refrain from speaking so loud – she was the mother of the star of the show! Amazingly, the I Love Lucy audience was recorded and used for future laugh tracks, so DeDe can be heard saying “uh-oh” for television shows she never even watched.