Iconic ‘Cheers’ Bar in Boston to Close Permanently due to Shutdowns

The ‘Cheers’ replica bar at Faneuil Hall Marketplace in Boston closed at the end of August. Opened by Tom Kershaw, whose premises on Beacon Hill became the model for the legendary show’s setting, it’s been part of city lore since 2001. ‘Cheers’ ended its TV run in 1993.

Kershaw released a statement, placing the blame squarely on both Covid-19 and his landlord. Saying the venue “has had a wonderful 20 years in the iconic Faneuil Hall Marketplace”, he adds “I have faced, and pulled through, many kinds of downturns and upticks in the economy… Sadly, the COVID-19 pandemic, combined with no assistance from our landlord (Ashkenazy Acquisition Group), has made this current challenge insurmountable.” 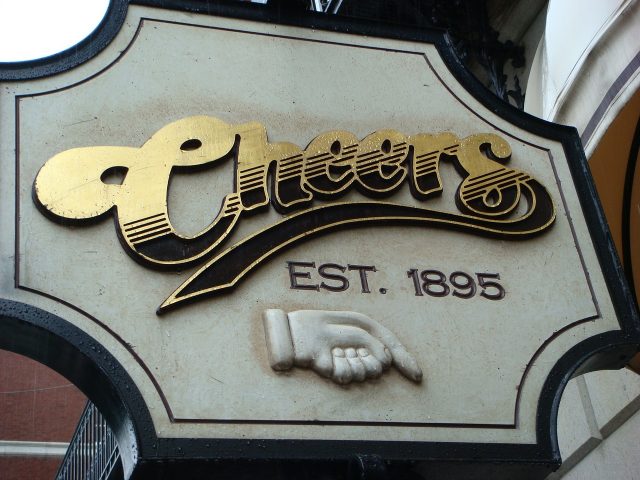 Where everybody knows your name.

Unlike the comedy zingers of Ted Danson’s Sam Malone and co, Kershaw is deadly serious. The replica bar was a popular hang out and photo opp, showcasing memorabilia from the series such as costumes. Yet the doors haven’t entirely closed on the ‘Cheers’ legacy. Kershaw’s original watering hole is open for business. 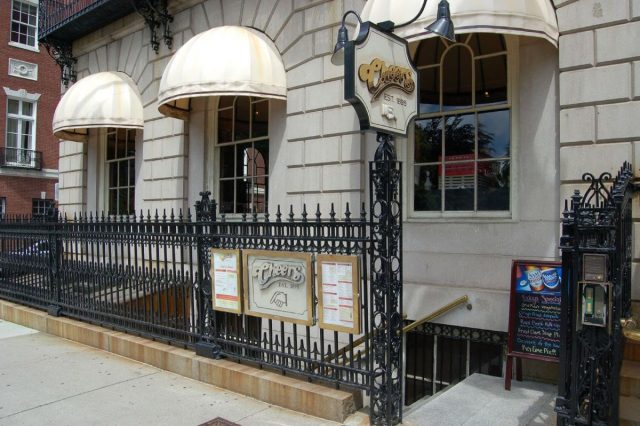 Entrance to the Cheers bar in Boston. Photo by Rob Young CC by 2.0

He welcomed those first customers in 1969, back when the place was called the Bull & Finch pub. Then one day decades later, 3 creative types popped in looking for a place to spark their imaginations. They were ‘Cheers’ creators Glen and Les Charles, plus James Burrows.

The team already had the concept of a bar sitcom in mind. ‘Fawlty Towers’ and its chaotic bar area partly inspired the set up. “We talked about putting this bar out in the desert somewhere, or in a small town,” Les Charles told GQ in 2012, celebrating the show’s 30th anniversary, “but once we were looking at a city, we immediately went to Boston.” 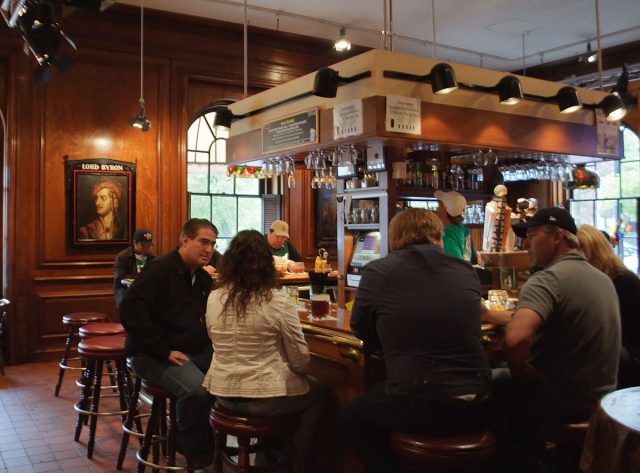 Inside the Cheers bar. Photo by InSapphoWeTrust CC by 2.0

Why Boston in particular for the Cheers bar? The group were trying to think outside the box. “It hadn’t been used very much on television,” Charles reveals, “and we wanted a city with some charm—a city that would have that English-style sort of pub in it. [Plus], it was a sports-crazy city. Everything seemed right about it.”

After a slow start in the ratings, ‘Cheers’ shot up the ranks. Its theme song, ‘Where Everybody Knows Your Name’ by Gary Portnoy and Judy Hart Angelo, is amongst the most memorable pieces of small screen music. 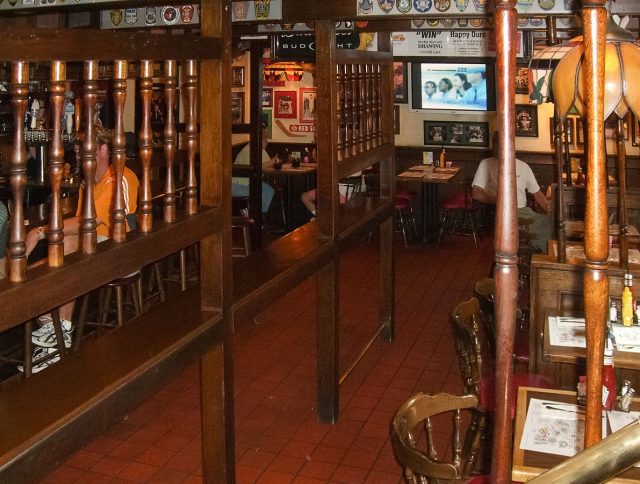 Arguably the most well-known character is Kelsey Grammer’s Dr Frasier Crane, who went on to have his own successful spin off between 1993 – 2004. Bebe Neuwirth was his formidable other half Lilith, who she portrayed in both shows.

When Danson decided to leave, the decision was made to shutter up the old place for good. All the cast have revived their roles in one way or another – Sam Malone visited Seattle to encounter ‘Frasier’ and most recently Perlman, Wendt, Ratzenberger and Alley appeared in retro TV sitcom ‘The Goldbergs’ last year.

When the sitcom rocketed into the public consciousness, Kershaw changed the name of his bar and installed a gift shop. Then when Faneuil Hall Marketplace was celebrating its 25th year, a bricks and mortar spin off seemed the perfect accompaniment.

‘Cheers’ did things differently when it came to high profile network television. GQ describes it as “the last blast of pre-irony prime-time.” They continue: “There was no callous snark, no deconstructive riffs, and only a handful of time-stamped pop-culture references. For the most part, people sat around a bar and talked.”