An artist from Canada is using up to date technology to bring Roman Emperors to life. Fancy coming face to face with the notorious Caligula? How about getting a good look at Marcus Aurelius as he might have been thousands of years ago?

Daniel Voshart is based in Toronto, far from the glory of Rome in both time and space. Yet he hit on an intriguing artistic idea that saw him taking classic portraits and feeding them into Artbreeder. He described this in a Medium blog post as a “neural-net tool”. Neural networks essentially mimic the human brain in order to accomplish tasks. Voshart’s full work can be viewed at his website.

“The main technology behind Artbreeder is it’s generative adversarial network (GAN)” Voshart explained. But those imagining a scenario out of a sci-fi blockbuster might be disappointed. “Some call it Artificial Intelligence but it is more accurately described as Machine Learning.” 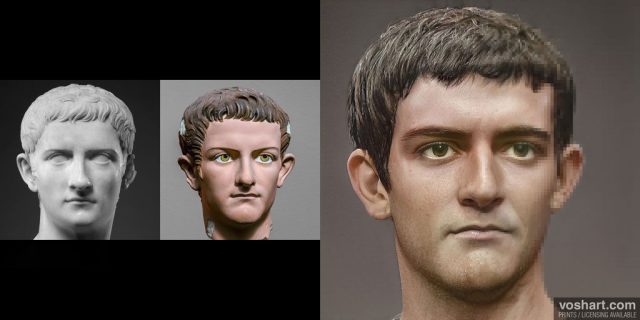 Once the computer worked its magic, Voshart added the finishing touches in Photoshop. He’s produced 54 photorealistic images of Emperors who ruled over Rome between 27 BC and 285 AD. This epic span includes the likes of Nero, Hadrian, Augustus and Maximinus Thrax. Limited edition prints are for sale depicting the whole line up. 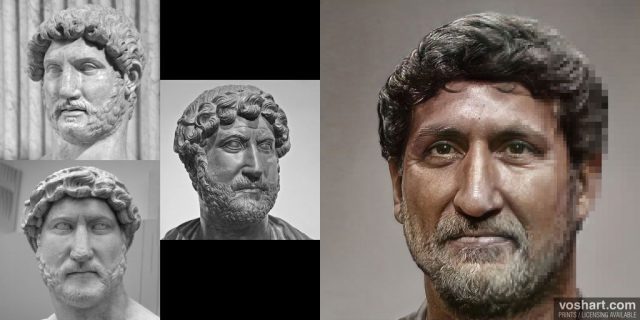 While the subjects are long dead, they may be flattered to know Voshart has patched up any cracks or missing pieces from the white marble source material. As well as using a reported 800 images of busts, the artist relied on coins and information such as family trees and birthplaces. 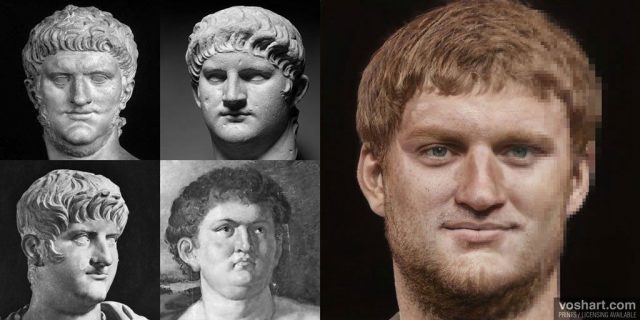 How accurate are these 21st century recreations? Voshart is the first to admit this is a creative project more than a historical one. He tells Smithsonian Magazine the results are “my artistic interpretation”. On Medium he writes the images are “more art than science”. 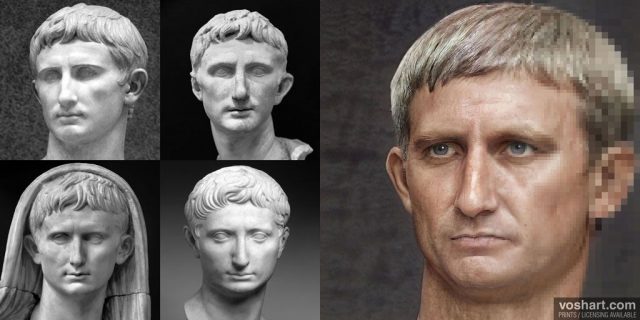 Experts welcome the opportunity to study the ancient world in a new light. However the Emperors lived in an age before photography, so no-one can ever be sure. Quoted by Denmark’s DR, Glyptoteket senior researcher Cecilie Brøns says, “we know very little about what they looked like in reality. Nor do we have any credible written sources that can make us wiser about it.” 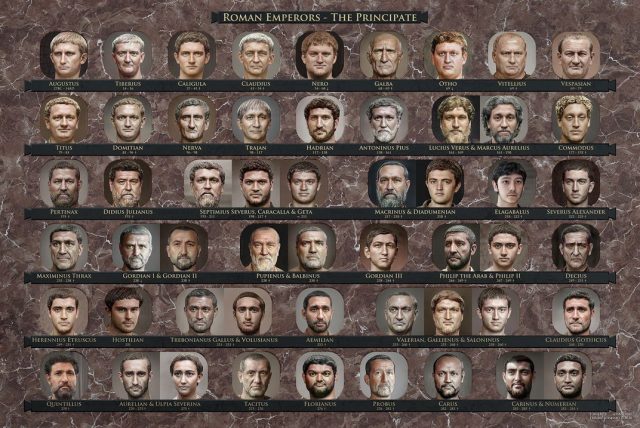 “Sculptures and busts were idealized images of the emperors” states archaeologist Jane Fejfer from the University of Copenhagen. Referring to Emperor Augustus – the first to rule the Empire from 27 BC – AD 14 – she outlines how “mass-produced models were sent out to local workshops around the kingdom, which they then carved the portraits of”.

Realism and accuracy weren’t the main objective. Fejfer points out that in Augustus’ case he remained forever young. His 41 year reign wasn’t reflected in those portraits’ youthful depictions. She believes “on the whole, the emperor used the portraits to convey his ideology”. For those too out of range to see Augustus in person, a glamorous bust was the next best thing.

Voshart has tried where possible to deliver his Roman emperors warts and all. “I’ve striven to age them according to the year of death — their appearance prior to any major illness” he writes on Medium. He has also focused on works “where the emperor was stereotypically uglier — my pet theory being that artists were likely trying to flatter their subjects.” Caligula apparently had such a face for radio he would distort his own features for maximum impact on the populace.

Read about Caligula – The Mad Emperor of Rome

Color is also a key factor in realizing ancient rulers. The sculptures are white now but would have been adorned with paint, long since peeled away. Voshart’s tremendous efforts and results show how creative use of technology can breathe new life into inanimate giants of history. His full work can be viewed at his website.