Among its many attractions, Ireland boasts some of the best pubs in the world. In fact, the Irish do traditional inns so well, they have become a global export, and you’re sure to find at least one Irish pub in any major town or city, wherever you are in the world.

It’s no surprise, therefore, that the world’s oldest pub is to be found in Ireland. Sean’s Bar, in the bustling town of Athlone in central Ireland, is a popular watering hole that has been catering to thirsty customers since around 900 AD. 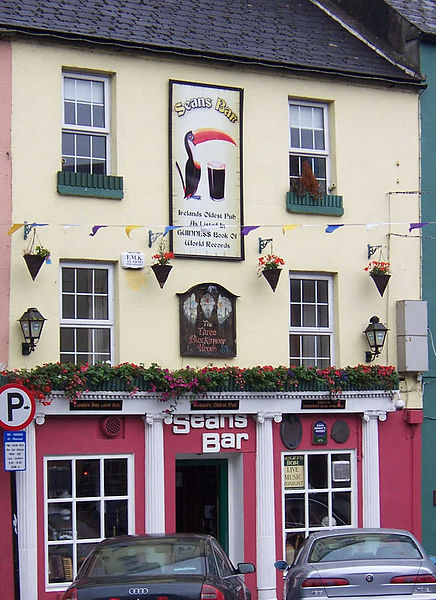 According to The Irish Mirror, Sean’s Bar is officially included in the Guinness World Records as the oldest pub in the world, narrowly beating the Bingley Arms, another 1000-year-old establishment in Leeds, England.

The pub was originally established around the turn of the 10th century when a local businessman decided to open an inn in order to take advantage of passing trade at the ford of the River Shannon. 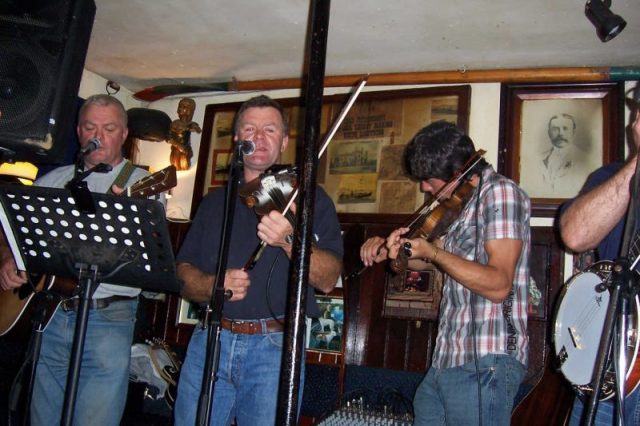 Never one to miss an opportunity, he also began to guide travelers through the treacherous waters of the ford, and no doubt, directly into his pub. 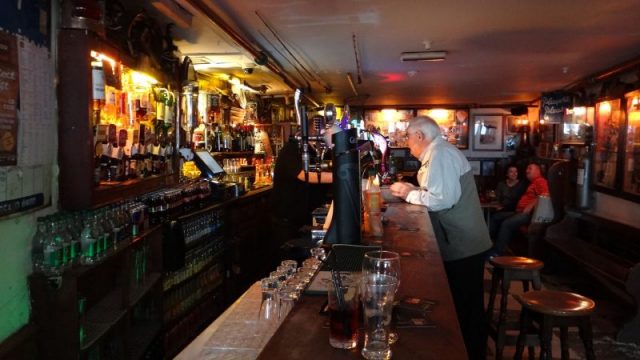 According to The Irish Mirror, the man’s name was Luain, and he eventually gave his name to the town of Athlone itself, which was originally known as Atha Luain, or “the ford of Luain”. 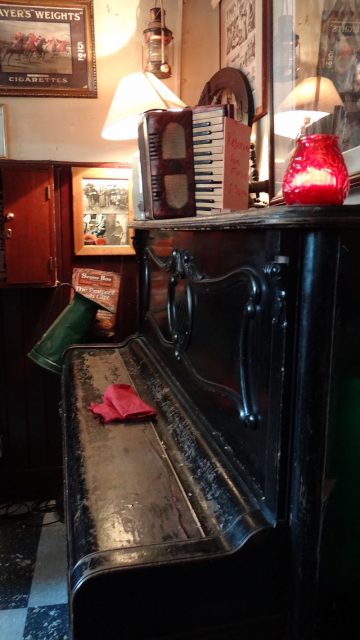 The ford and the inn soon attracted visitors and settlers, and over the following centuries, the site grew into an important town. A castle was even constructed here in the early 12th century, by local ruler, King Turlough O’Conner. The bustling trade that accompanied the expansion of the town continued to provide a regular clientele for the historic inn.

The 20th century owners of the pub had little idea of its significant past until renovations in the late 1960s revealed the remains of a wattle and daub wall that could be confidently dated to the early 10th century. According to The Irish Mirror, they also found a number of coins dating from the same period, perhaps dropped by customers who had consumed one ale too many. 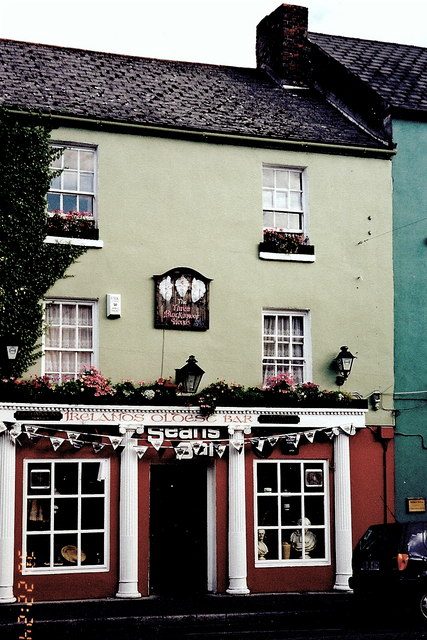 Although the current building has been rebuilt, renovated and modernized over the centuries, it still contains many period features that date back hundreds of years. In particular, the characteristic sloping floor is believed to have been specially designed to avoid flood damage. 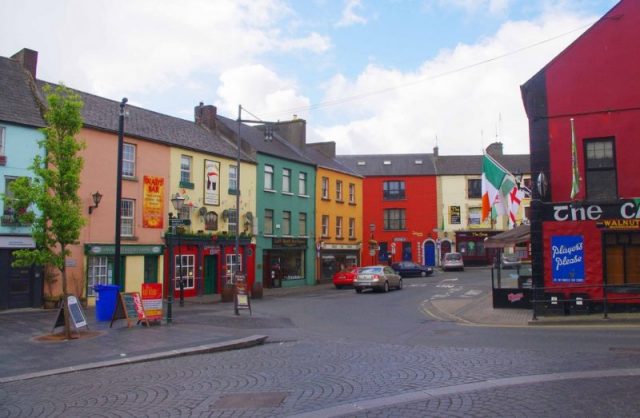 The inn’s close proximity to the River Shannon was advantageous for trade, but posed a challenge in heavy rain, when the river would often burst its banks, causing water to come cascading down the road and straight into the front of the pub. 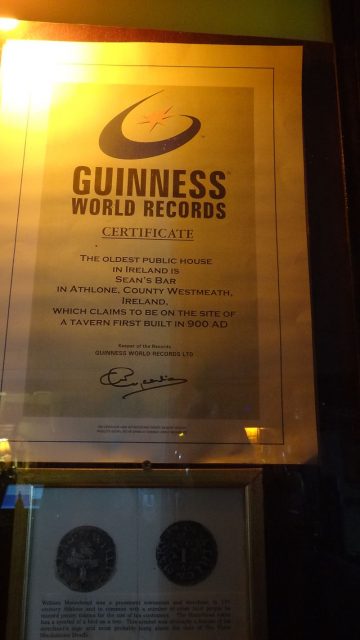 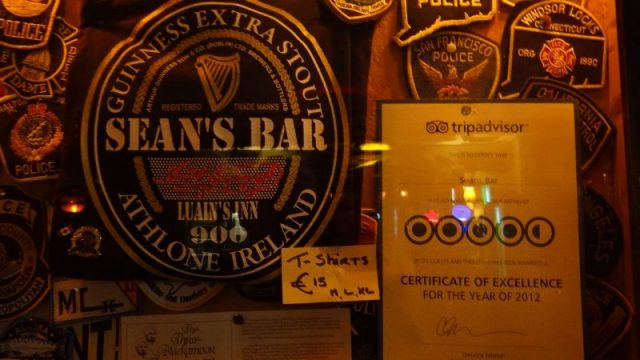 Instead of attempting to halt the flow of water, the pub’s owners simply built the floor of the pub on a slant, funneling the water straight out of the back door. They would then sprinkle sawdust on the floor to soak up the remaining water and prevent customers from slipping. This tradition is continued today, leaving the original floor of the pub in place.

Related Video: American Slang words which come from the Irish

According to The Journal, the reputation of Sean’s Bar has drawn an eclectic crowd over the years, and several famous faces have been spotted within its walls. Among its notable clientele are the Irish band U2, comedian and actor John C. Reilly, and Dallas superstars Larry Hagman and Linda Gray. 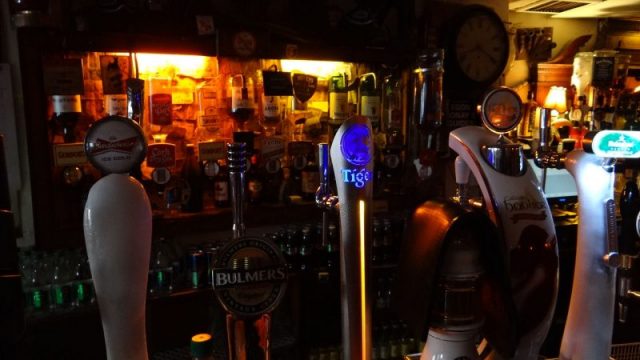 There is also a persistent rumor that Boy George was briefly the owner of the pub, but according to current owner Paul Donovan, this is fiction. In fact, the rumor originated from a joke made between the previous owners and some mischievous punters.

More recently, the pub has begun to explore the rich local history of which it is a part. In conjunction with the West Cork Distillery, the owners have developed a unique blended Irish whiskey, bearing the historic name of the pub. 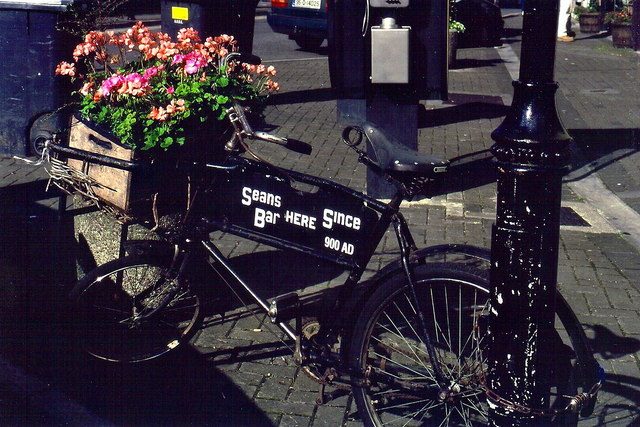 Whiskey production has long been an important part of the local heritage, and the annals of the nearby Clonmacnoise contain the earliest ever reference to whiskey production anywhere in the world.

Read another story from us: Historic London Pub once Frequented by Dickens now owned by Sir Ian McKellen

Today, Sean’s Bar stands as a testimony to an ancient, yet thriving, Irish tradition, as locals and strangers gather together in the pub to share a drink, music, and good company.