Creator Rod Serling took viewers on a journey into the unknown for the fondly remembered anthology show The Twilight Zone. It’s been revived three times, but the original 1959-64 run is widely considered to be the best.

Check out some mind-boggling behind-the-scenes facts, as we take you on a trip into Serling’s singularly strange universe…

It has a connection to Marty McFly 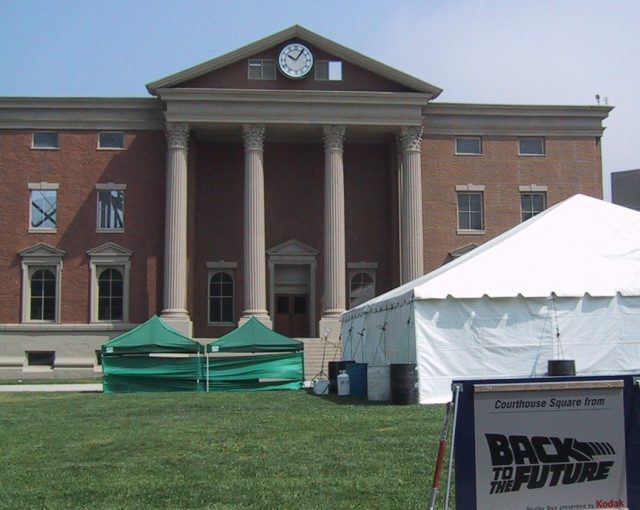 Does this building look familiar? As Screen Rant points out, the setting was part of The Twilight Zone’s first ever episode: “Where Is Everybody?”

The story concerns a man who appears to be alone in the world. Yet Courthouse Square, part of Universal Studios, has been anything but deserted over the years.

Lightning bolts and streaks of fire turned the area into an exit route for time travelers Marty McFly (Michael J Fox) and Doc Brown (Christopher Lloyd) in Back To The Future (1985).

Anybody could write one 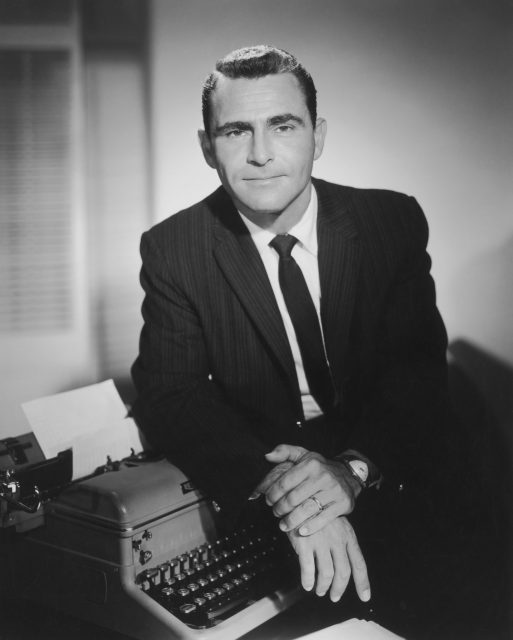 Rod Serling had an interesting idea to cope with The Twilight Zone’s heavy workload…asking viewers to provide the scripts.

The team was deluged by an eye strain-inducing 14,000 submissions. However, it seemed America wasn’t in tune with the show’s offbeat sensibilities. Serling claimed that “only two were any good, but they didn’t fit the format of the show,” according to MeTV.

Serling then tried bringing in the big guns. Ray Bradbury was hired a few times, but the collaboration was largely strained — Serling only filmed one of his scripts (Season 3’s “I Sing The Body Electric”).

Serling may have heard a sound of thunder, as Bradbury wasn’t best pleased.

You are watching an episode of The Twilight Zone. Or are you?

The original run went out on a high…a high produced by someone else entirely, but a high nonetheless. 1964’s “An Occurrence at Owl Creek Bridge” was a French short film and one without much dialogue, to boot.

Set during the American Civil War and based on a story by Ambrose Bierce, it had previously won numerous awards, including a Best Short Subject Oscar no less.

Rod Serling faced Season 5 of The Twilight Zone — his last — with reduced funding from CBS. So, a fraction of the budget for a typical episode was spent on airing the film, written and directed by Robert Enrico.

As usual, Serling appeared as an on-screen narrator, giving audiences the lowdown on how Owl Creek Bridge came to feature in their weekly fantasy treat. It became the last episode the team worked on before The Twilight Zone was shut down by network execs.

There was a board game

You never knew what to expect when watching The Twilight Zone. Tuning in was a bit like rolling a dice.

Speaking of which, creators chanced their arm with a board game!

Ideal’s Twilight Zone game was released in 1964. Packaged in a suitably surreal-looking box, players would open up a board featuring a maze design. It was designed for four players and reportedly had a colored spinning wheel as part of the action.

Other merchandise taken from the series included novels of the stories, penned by Rod Serling. That sounds fairly conventional, but in a wacky twist, Bugs Bunny and company entered The Looney Zone. 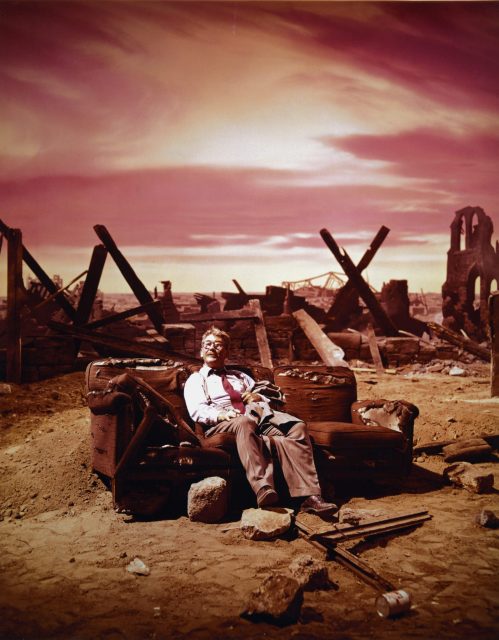 Behind the strange events of The Twilight Zone were very real fears.

Rod Serling served as a paratrooper in the Philippines during World War II and came away with traumatic memories. Bad though they were, they went on to shape him as a creative force.

Author and Serling expert Nick Parisi comments to Inside Edition: “How we treat older people, how we treat children, ignorance, prejudice, war. All of these are themes which recur in Rod’s work.”

Serling relied on both his conscious and unconscious mind. Screen Rant notes that bedtime was a rich source of inspiration: “He’d leave his tape recorder sitting on his nightstand, in case he needed to record the dreams he had the night before.”

The Twilight Zone idea was developed from “The Time Element,” a self-contained pilot written by Serling, which saw a man dream of averting the 1941 attack on Pearl Harbor. 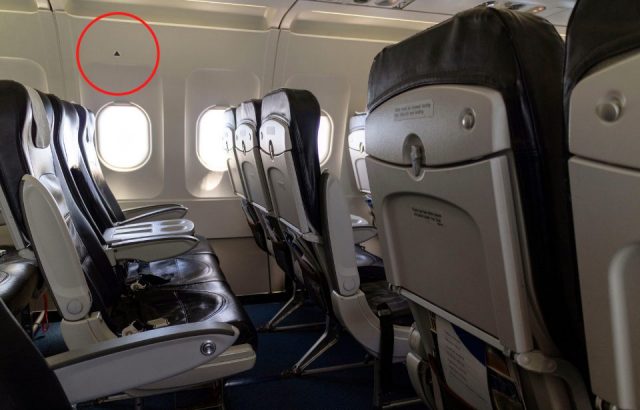 The seat with the best view of the wing is indicated by this black triangle. (Photo Credit: Peter Titmus/Education Images/Universal Images Group via Getty Images)

The episode that many viewers remember is “Nightmare at 20,000 Feet,” directed by the late Richard Donner and broadcast in 1963.

Starring a pre-Kirk William Shatner, the plane-bound story was referenced in the Looney Zone section earlier. Shatner’s character was pretty safety-conscious if a little paranoid. But his actions made an impact on the real world of air travel!

Seats on flights overlooking the wing were later marked with black triangles to indicate they have the best view of the wings. Should a crew member wish to see what’s going on — from a gremlin to a birdstrike — they can slide into this special position and make a judgment. What is this seating arrangement called?

What else — “William Shatner’s Seat”!

« Tiltal Recall: What’s Inside The Leaning Tower Of Pisa?
These Brat Pack Film Facts Have Us Feeling Major ’80s Nostalgia »