The Brat Pack was the moniker given to a group of actors who starred in a slew of teen movies during the 1980s. Including the likes of Molly Ringwald, Emilio Estévez, and Judd Nelson, they defined a generation who still think back on their films with fondness. Here are some facts you might not have known about these cult classics.

Director John Hughes wrote the script for 1986’s Pretty in Pink after working with Molly Ringwald on Sixteen Candles. While he knew she was who he wanted to star as Andie Walsh, the film studio had other ideas. The role was offered to the likes of Justine Bateman, Jennifer Beals, and Jodie Foster before Ringwald was officially chosen. 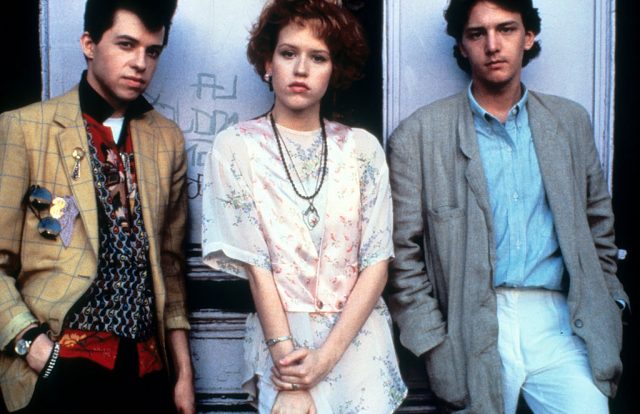 This wasn’t the first time Hughes wrote a role specifically for Ringwald. During the planning stage for Sixteen Candles, he requested his agent send over pictures of promising actresses. The stack included an image of Ringwald. He put hers over his desk and ended up writing the first draft for the film in just one weekend.

If you take a close look at the license plates on the vehicles in 1984’s Sixteen Candles, you’ll notice some interesting Easter eggs. Jake Ryan’s iconic red 944 Porsche’s license plate reads “21850,” which refers to John Hughes’ birthday on February 18, 1950. 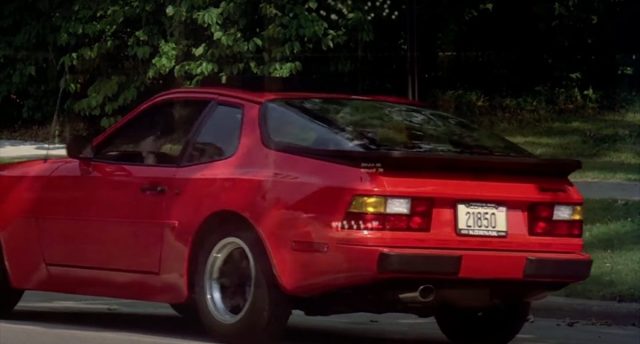 As well, the license plate on Samantha’s father’s car reads “V58,” which stands for “Vacation 58.” This is a reference to a story Hughes wrote while working for National Lampoon Magazine, and it eventually was adapted into the film, National Lampoon’s Vacation.

If it weren’t for a group of seventh and eighth graders from Fresno, California, the film version of The Outsiders wouldn’t exist. The book was standard reading by the 1970s, and many students related to the characters’ search for identity. Even ardent non-readers enjoyed it.

One day, librarian Jo Ellen Misakian had her students sign a petition to have director Francis Ford Coppola adapt the book for the big screen. She sent it, along with a copy of the book, to his address in New York, prompting him to contact the book’s author, S.E. Hinton. 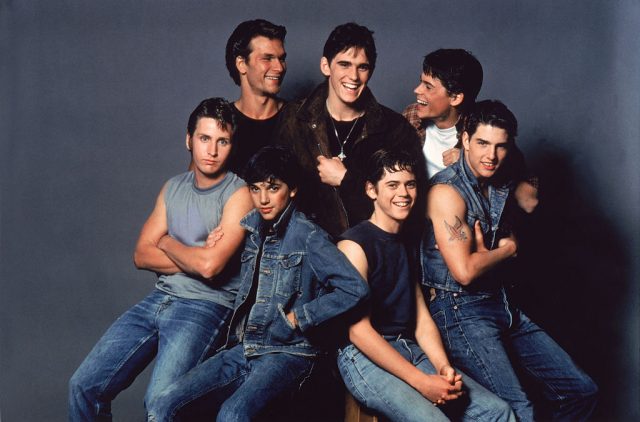 Hinton had previously turned down offers to turn the book into a movie, but allowed Coppola to do so because of his impeccable work on the film adaption of The Black Stallion. She was involved in every aspect of the filming process, and even makes a cameo in the movie.

Many actors have to go through a rigorous audition process in order to land a role, but not Molly Ringwald and Anthony Michael Hall. The pair made an impression on John Hughes while filming Sixteen Candles, so much so that he approached them and asked if they’d like to star in his new film, The Breakfast Club once filming wrapped up. 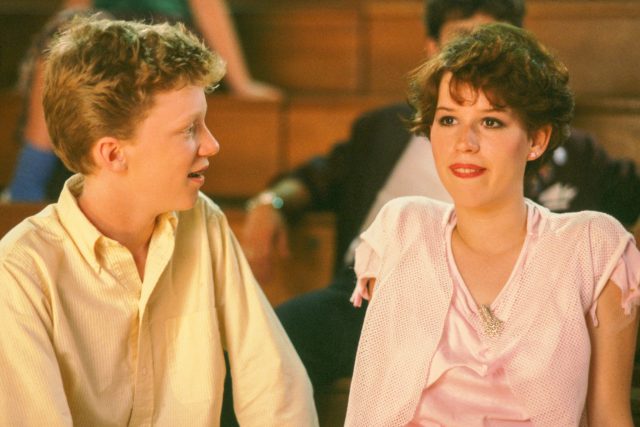 The pair accepted his offer and went on to star alongside fellow Brat Pack members Judd Nelson, Emilio Estévez, and Ally Sheedy. Honestly, could you think of a better group to star as this band of characters?

Don’t You (Forget About Me)

One of the most iconic songs to appear in a Brat Pack movie is Simple Mind’s “Don’t You (Forget About Me).” However, did you know they weren’t initially meant to record the track? Billy Idol, The Fixx, and Bryan Ferry were all initially approached to perform it, but declined. 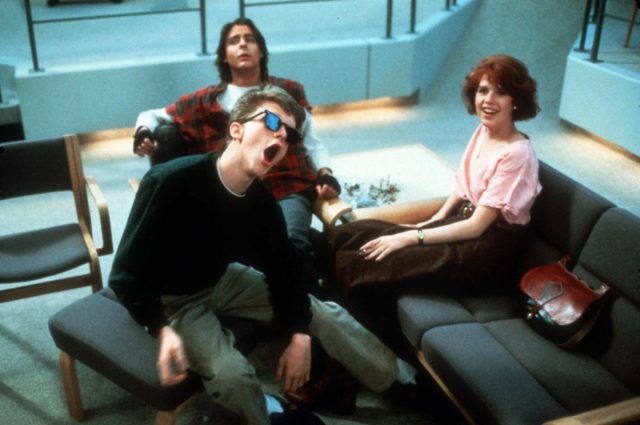 Bonus fact: Molly Ringwald recorded her own version of the song. It can be heard on her 2013 jazz album, Except Sometimes.

Demi Moore was more like Jules than you think

In 1985’s St. Elmo’s Fire, the character of Jules is known for her substance use. What many might not be aware of is that the actress who played her, Demi Moore, also struggled with addiction during filming. According to her autobiography, she was using an eighth of an ounce every two days. 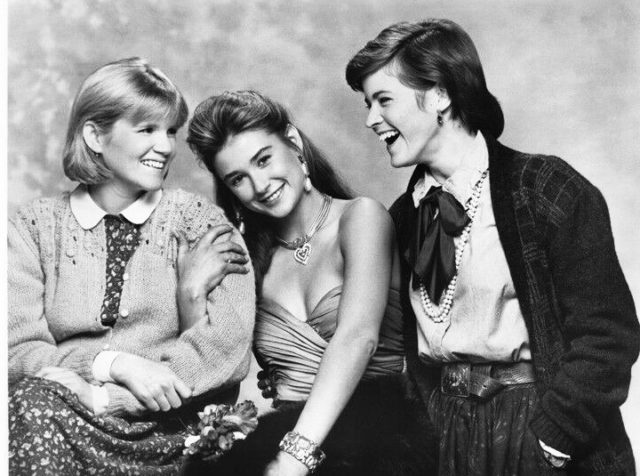 She would come to set high and was once ordered away because of it. Director Joel Schumacher finally had enough and gave her an ultimatum: get clean or be removed from the film. Moore sought treatment for 15 days and stayed clean throughout filming. To ensure her success, she had a counselor with her on set.

Fans of 1985’s The Breakfast Club are familiar with bad boy John Bender. Did you know the actor who played him actually embodied his image? According to a friend, Bender’s behavior was similar to how Judd Nelson acted in real life, and he and Rob Lowe often partied together. 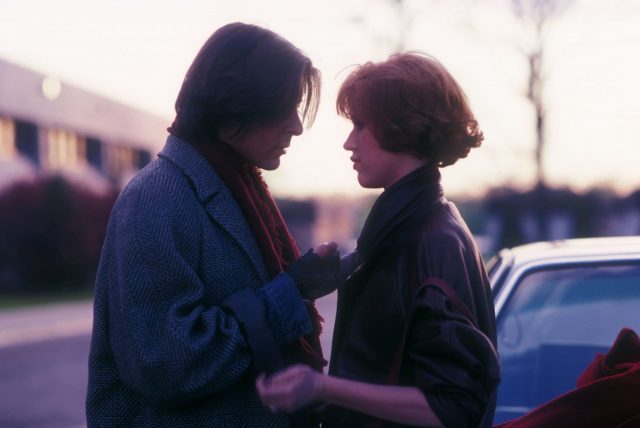 Co-star Molly Ringwald tried to have Nelson fired from the film because he was bullying her. He claimed he was simply getting in touch with his character’s “criminal” nature, but Ringwald felt he was terrorizing her. John Hughes didn’t grant Ringwald’s request, and Nelson was able to stay on.

Not all movies get the recognition they deserve upon their release. For some, it takes being released for home viewing for fans to appreciate them. That’s true with many Brat Pack films, including The Breakfast Club, The Outsiders, Oxford Blues, and St. Elmo’s Fire. 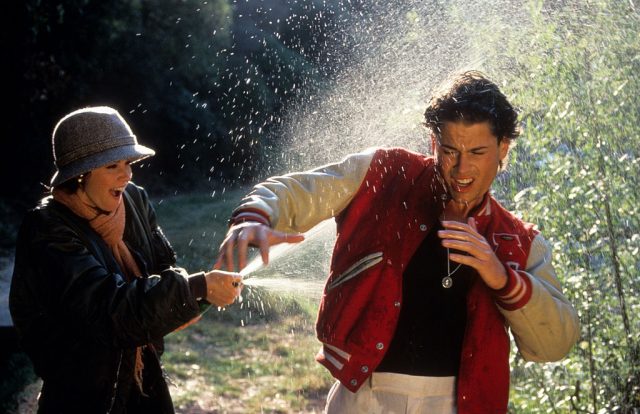 In particular, The Breakfast Club and St. Elmo’s Fire received relatively lukewarm reviews upon their initial release. They gained their cult classic status when released on video, and are now widely considered two of the best teen movies from the 1980s.

Based on true events 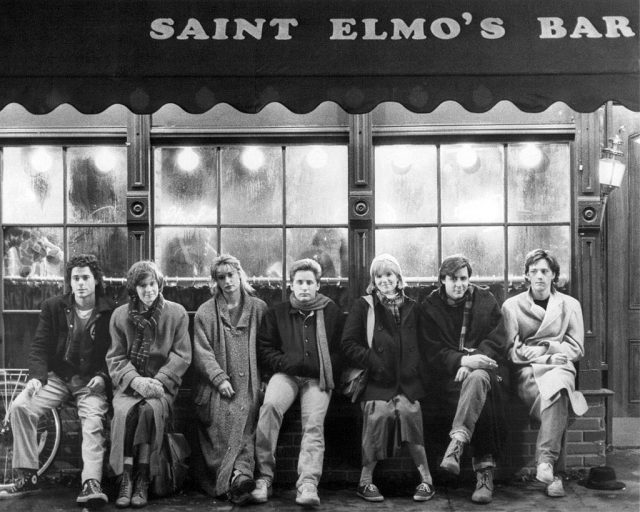 Fire is no joke

Remember the scene in 1983’s The Outsiders where the Greasers rescue kindergarten students from an abandoned church that catches fire? Well, that fire became a bit too real during the filming process. 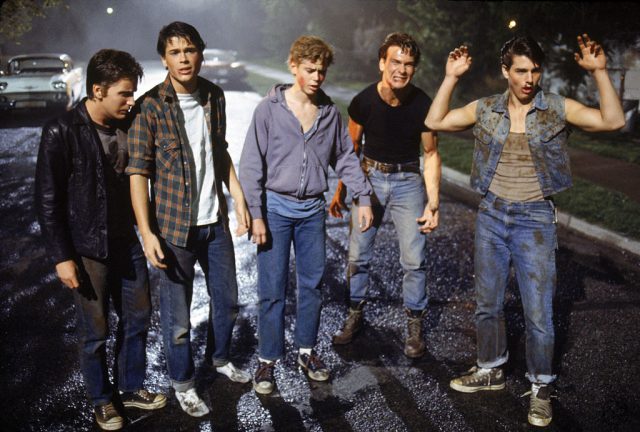 Francis Ford Coppola was known for wanting his films to look realistic, and sometimes he was a bit overly ambitious. To make this scene look more authentic, he asked the technicians to add more fire, but it spread too much and the flames engulfed the church steeple. Thankfully, the local fire department and a miraculous rainstorm prevented it from spreading any further.

Where are the shoes?

Fans of Pretty in Pink are familiar with the shoes Jon Cryer’s character, Duckie Dale, wore. The signature pointy-toed white kicks are as iconic as the character himself, and were a one-of-a-kind item. They were handpicked by the film’s costume designer at LA punk shop, NaNa, which also provided the thigh-high boots Julia Roberts wore in Pretty Woman. 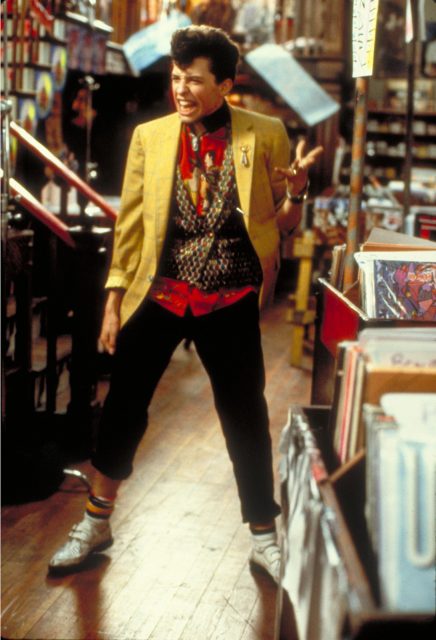 Unfortunately, the current location of the shoes is unknown. Cryer lent them to Planet Hollywood in the 1990s, but there appears to have been some miscommunication. Contrary to what the documents stated, the company thought Cryer was giving them the shoes. Since then, they’ve disappeared into the abyss.

« Twisty Turny Facts About The Classic TV Series ‘The Twilight Zone’
They Nailed It: 10 Historical Movies That Got Their Costume Design Right »