Tiltal Recall: What’s Inside The Leaning Tower Of Pisa?

The Leaning Tower of Pisa. It’s the world’s wonkiest and most mispronounced landmark, located in the city of Pisa in Tuscany. Built in medieval times, the structure has featured in everything from holiday postcards to superhero movies.

Outside, the Tower is a marvel of sculpted white marble. But what about the inside? Let’s take a tour of the interior, revealing some intriguing details that may make you tilt your head!

What’s inside the Leaning Tower of Pisa? 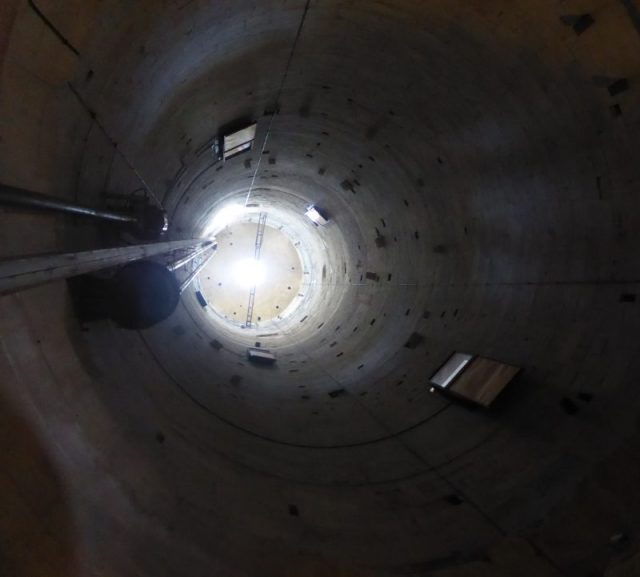 Don’t look up! The Tower is surprisingly functional-looking inside. No columns and beautiful Italian faces here.

The Leaning Tower website notes that natural light illuminates the hollow, tunnel-like space at a distance of approx 165 feet. That isn’t the top of the Tower you’re looking at, apparently, but the eighth level. Vertigo sufferers may like to know that a winding, 293-step staircase leads tourists to some scenic and sweat-producing views of the city.

Though you don’t need to head on up to feel peculiar. The Tower’s famous lean is more noticeable than ever from within, as we’ll go on to explain. 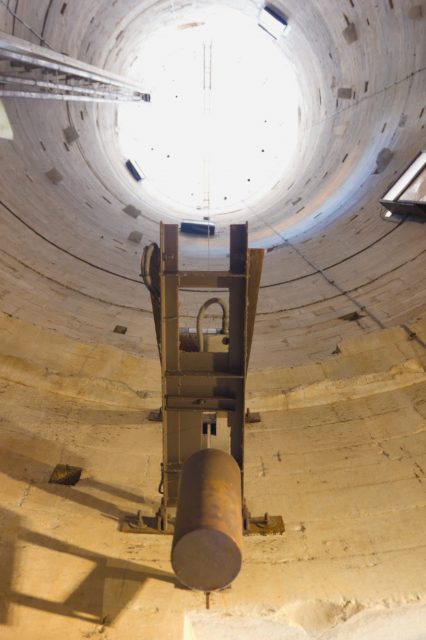 Hanging from the top of the Tower is this substantial cylinder. Attached by a wire, it’s suspended 13 feet over tourists’ heads. The wire measures around 150 feet.

Why has this been installed? If you can stand to squint upwards, you’ll notice the cylinder should be in the middle of the space. This being the Leaning Tower of Pisa however, things work a little differently! Here, the cylinder is against the wall, demonstrating the monument’s immense tilt.

“It looks like a giant pendulum” notes the Leaning Tower site, adding “but it doesn’t move. It gives you the impression that time stands still inside the Tower.”

Why does it lean in the first place? 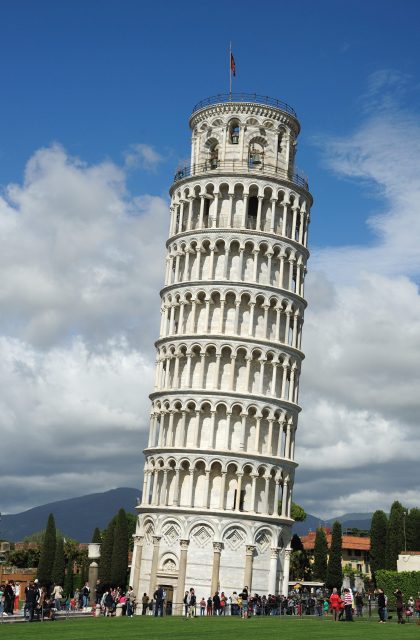 Medieval builders had a challenge on their hands when erecting the Leaning Tower.

We’re guessing that surveyors weren’t that prized back then, as the ground began to yield as the marble was laid. The lean has always been a feature of the monument’s construction, albeit an unintentional one.

Thankfully, time was on their side. It took the best part of two centuries to finish the job. Needless to say, the work was staggered. For starters, they really had to do something about the tilt, an architectural headache that was never resolved.

The Tower of Pisa website writes that “without these interruptions that allowed the soil to compress under the tower, it would have certainly toppled over.”

Straight up, the Tower was a work in progress 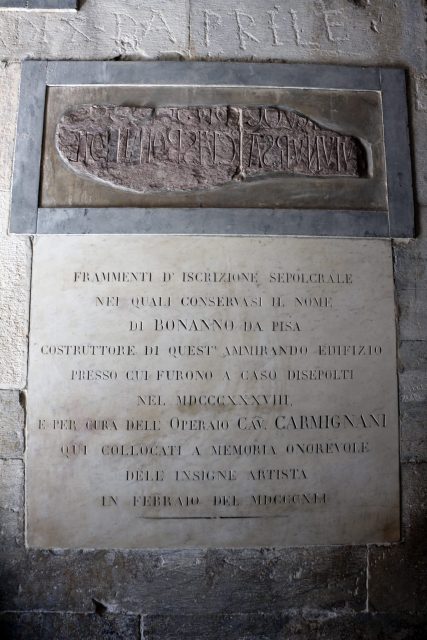 In 2019, it was revealed that the original Pisano had designed the monument. The mystery came from his shame over how the project was turning out. Much-needed answers lay in an inscription secreted at the Tower’s base. 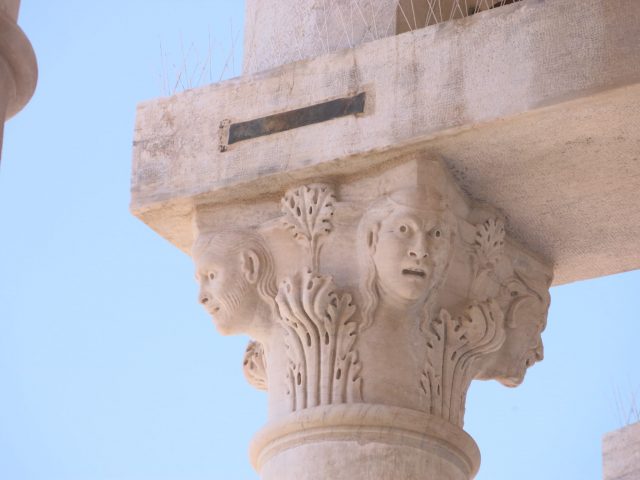 Capital of a column at the top of the Leaning Tower of Pisa. (Photo Credit: By Tangopaso / Wikimedia Commons, public domain)

Discovered in the 19th century, it should have been prominently displayed. Instead, an embarrassed Pisano tucked it away.

“I believe he thought it was a failure and no longer wanted his name on it,” commented expert Giulia Ammannati to The Times, as noted by the Daily Mail. “He passed from pride to shame and quietly dumped the stone on the building site.”

What was the Leaning Tower of Pisa for? 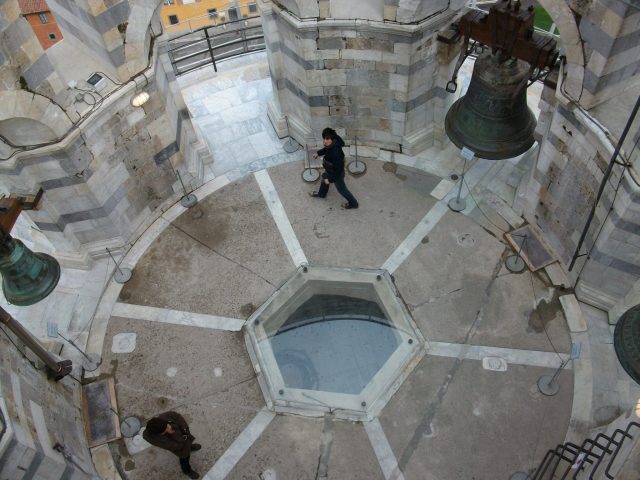 The Tower was intended to house bells at the cathedral complex in Pisa. These can be viewed inside, though ringing them maybe isn’t the best idea.

A fair amount of work has taken place since medieval times. According to History, a team of 14 experts was hired in the late 20th century to try and steady the Tower, which was in danger of toppling. This is essentially a huge game of Jenga. The marble nearly became rubble in 1994.

More from us: Were Rising Gas Prices To Blame For The Decline Of The Hippie Trail?

History writes: “Engineers were eventually able to reduce the lean by between 16 and 17 inches by removing earth from underneath the foundations.” It will reportedly take 300 years for the tilt to turn terminal again.

They could have just called for Superman. The Man of Steel famously straightened the Tower in Superman III (1983).