Sam Elliott: Facts About The Man, The Voice, The Mustache

There’s something timeless about the actor Sam Elliott, despite him being well into his 70s. His presence is instantly recognizable and unmistakably American.

What’s the story behind this reassuring, and enduring, Hollywood star? Read on to find out the facts about Sam Elliott.

His Dad disapproved of an actor’s life 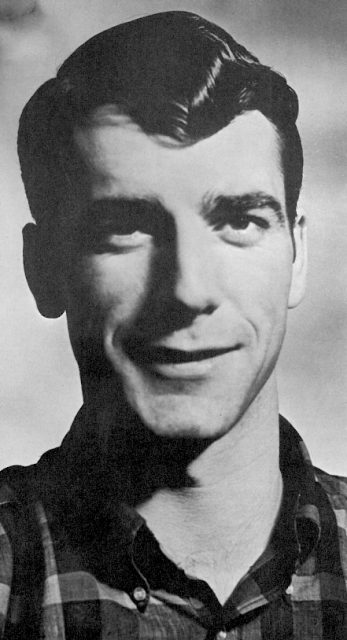 Elliott was born in Sacramento, California. His parents were mother Glynn Mamie, a teacher and instructor, and father Henry who was part of the U.S. Fish and Wildlife Service.

Showbiz clearly wasn’t what Henry had in mind for young Sam. Tragically, he never lived to see how things turned out for his world-famous son.

However, Elliott reportedly carries on his dad’s legacy through a strong work ethic and the powerful male roles he plays.

Sam Elliott’s voice is his trademark 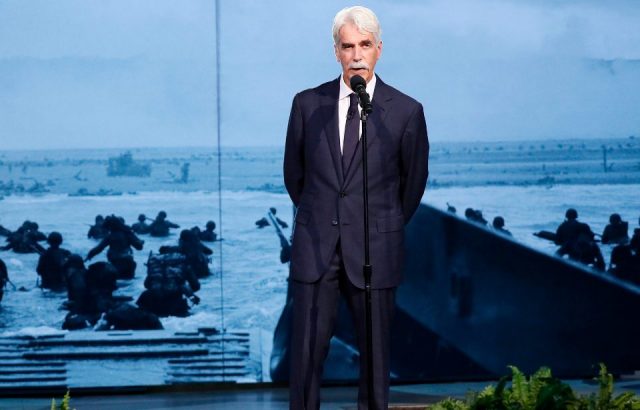 If you don’t know Elliott’s face, you’ll sure as sugar know his voice. It cruises through your senses like a top-quality barbecue sauce, leaving you wanting more.

When the Coen brothers cast him as the narrator of The Big Lebowski (1998), they wanted to hang off his every word.

Take after take was shot of his brief onscreen appearance. The actor wondered why. “They made him do it nine more times just because they liked watching him deliver his lines,” wrote Mental Floss.

Where do his distinctive tones come from? Elliott’s father was an influence on his life, but as the man himself revealed to CNN: “I sounded very much like my mom in terms of the dialect.” He was dissuaded from using his accent but stuck to his guns, a move that paid off big time.

From voicing road safety champion Smokey Bear to playing Virgil Earp 1993’s Tombstone, is there anything he can’t sell with that voice of his? Seemingly not — “I’d love to do a musical one day,” he told CNN, “if it’s in the cards.” 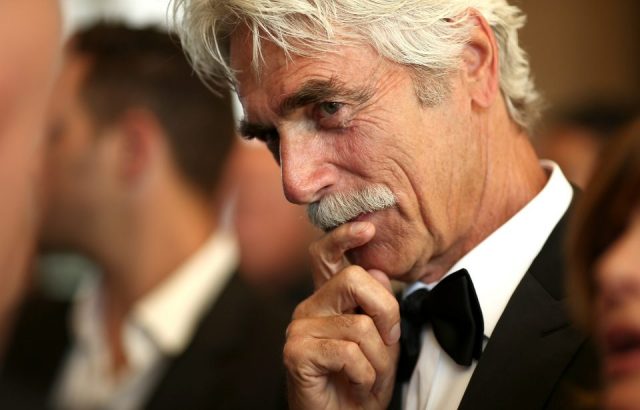 What’s not to get? (Photo Credit: Christopher Polk/Getty Images)

Sam Elliott doesn’t mess around with his mustache. It has been known to leave his lip from time to time, but overall, everyone associates him with that impressive facial hair.

The straight-talking star doesn’t understand the hairy hubbub. Mental Floss mentioned his puzzlement on being placed in a virtual competition against fellow mustache wearer Tom Selleck. The pair worked together in 1982 Western The Shadow Riders…paydirt for mustache maniacs.

An early appearance for Elliott was in the horror movie Frogs (1972). He tried not to croak as mankind was set upon by the natural world.

If he thought that was strange, then more surreal action awaited later in life. 2018 curio The Man Who Killed Hitler and Then the Bigfoot did exactly what it said on the tin. Needless to say, Elliott got the job done. 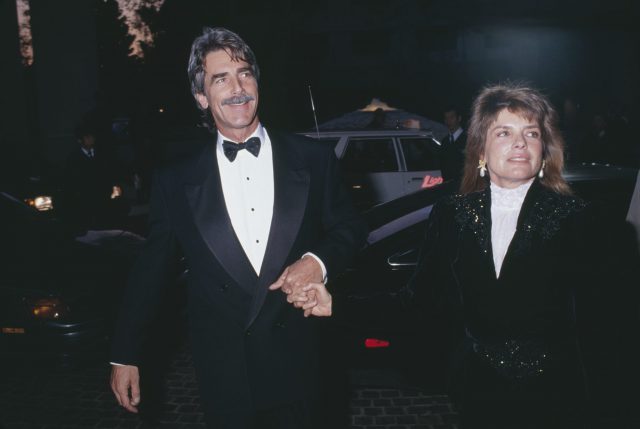 Elliott has been lucky in both his career and his personal life.

Actress Katherine Ross shared the screen with Newman and Redford in all-time classic Butch Cassidy and the Sundance Kid (1969). But a certain “blink and you’ll miss him” player would become her husband…Sam Elliott.

He couldn’t muster up the courage to talk to her back then, but when his profile rose and they found themselves starring together in horror fest The Legacy (1978), a romance blossomed. They married in 1984 and have one daughter, Cleo Rose.

You’ll often see him in a stetson 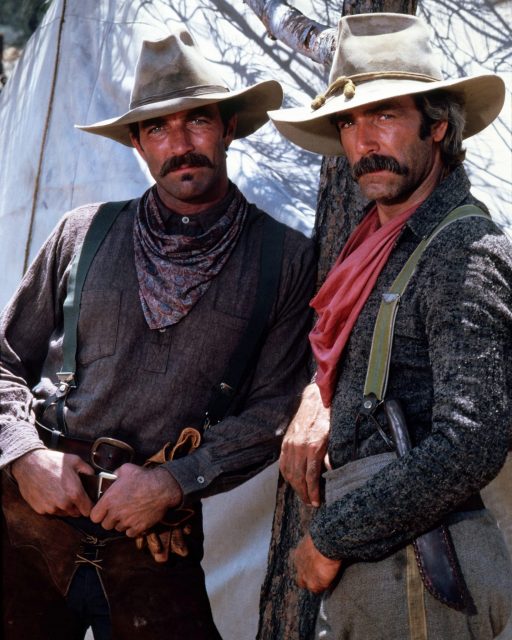 Elliott was born to ride the range and handle a six-shooter. On the big screen at least. Western aficionados love him and self-proclaimed John Wayne fan Elliott has respect for the genre. “There’s a simplicity to that form that has always spoken to me,” he told The Guardian.

His credentials were well and truly acknowledged when he made it into Oklahoma City’s National Cowboy and Western Heritage Museum in 2007.

Sam Elliott is also a writer

As well as acting, Elliott has worked as a writer. No handing the script to Elliott and expecting him to just say the lines, it seems. He’s reportedly not averse to changing things if he thinks they sound better or more authentic.

When asked about his approach to performance, the richly toned role player said to The Guardian: “it’s all about what’s on the page.”

He switched roles in Road House 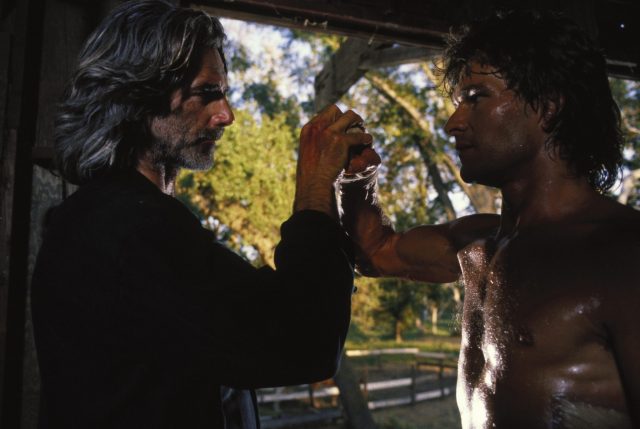 Speaking of going in a different creative direction, one of Elliott’s best-known roles is that of Wade Garrett in the fondly remembered Patrick Swayze vehicle Road House (1989).

But he was originally wanted to play Brad Wesley, ultimately portrayed by acclaimed character actor Ben Gazzara. Elliott reckoned he’d fare better in the other part and so the switch was made. 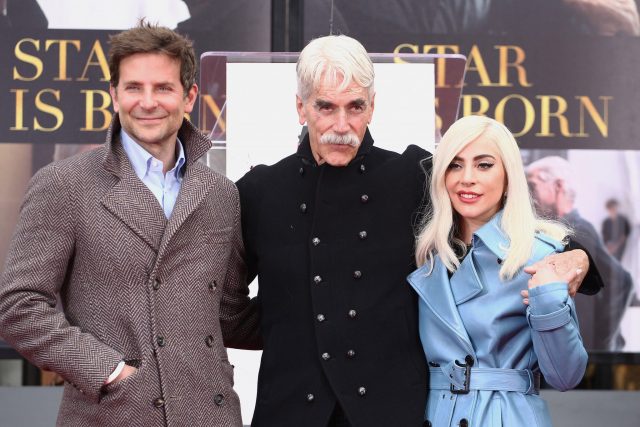 Various sources note that Elliott will be the last person you’ll find living an A-List lifestyle. He appears to keep things simple, selects work carefully, and ensures his feet remain on the ground.

It’s going well so far. He had to wait till 2019 for an Oscar nomination — 2019’s A Star Is Born — but apart from that, he has little to complain about. Nor would he want to, we’re guessing. Here’s to the man who puts the sass in Sarsaparilla.

« Before The Kardashians, There Were The Gabor Sisters — The Original Hollywood Socialite Family
American Takeout: Classic Fast Food Chains That Bit The Dust »