Historic Events That Had Us Glued to Our Television Screens

Sometimes, we don’t realize that we are living through major historical events as we watch them unfold on our television. At the moment, these occurrences just feel like watching worldwide news. It is only afterward that we realize we were watching history happen right before our very eyes. 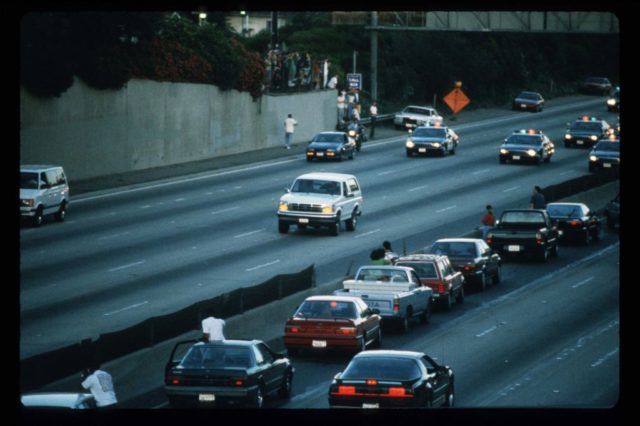 On June 17, 1994, Americans everywhere were glued to their televisions as they watched Los Angeles police pursue a white Ford Bronco along Interstate 405 in Los Angeles, California. NFL player Al Cowlings was behind the wheel of the car while his teammate and friend, O.J. Simpson, crouched in the backseat of the vehicle.

On June 13, 1994, the bodies of Simpson’s former wife, Nicole Brown Simpson, and her friend Ronald Goldman, were found outside of Nicole’s home. Bloodstains found at the crime scene matched O.J. Simpson’s, and by the morning of June 17, he had become the LAPD’s prime suspect. When the police came to arrest Simpson, they found he had slipped out the back door with Cowlings, and the two men had driven off in Cowlings’ white Ford Bronco.

Cowlings and Simpson led authorities on a two-hour, low-speed car chase throughout Southern California. O.J. Simpson was finally arrested around 9 p.m. on June 17, 1994, after the Bronco finally stopped at his home. An estimated 95 million people watched the car chase. 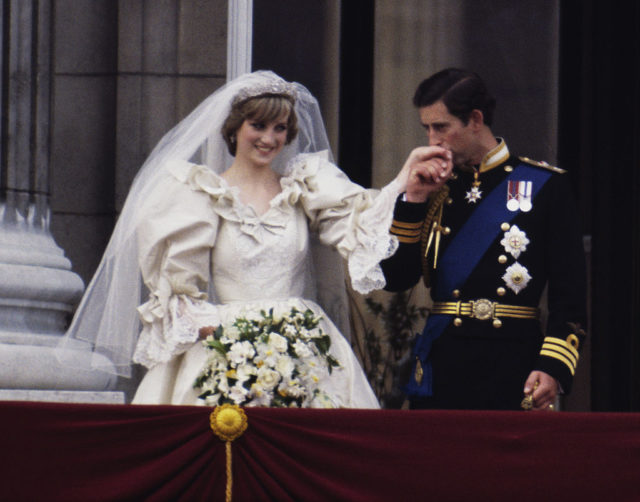 Though Prince Charles and Princess Diana’s wedding on July 29, 1981, was not the first televised royal wedding, it drew the biggest recorded TV audience for a royal wedding.

The marriage wasn’t dubbed the “wedding of the century” for nothing. The wedding took place at St. Paul’s Cathedral in London, as opposed to the more traditional wedding venue of Westminster Abbey. Choosing St. Paul’s Cathedral as a venue allowed for more guests to attend and for a longer procession to happen throughout the city. This procession allowed 600,000 people to line the streets of London to watch the procession.

Approximately 28.4 million people in the United Kingdom alone watched the royal wedding on television. The wedding was also live broadcast in 74 countries, garnering a total global audience of 750 million viewers. 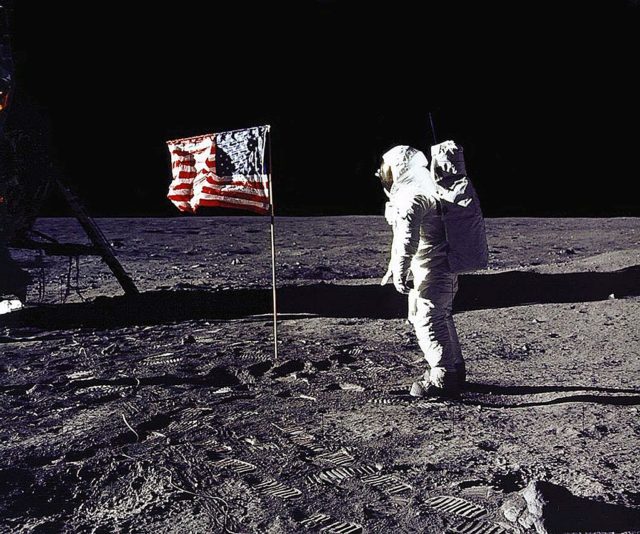 Neil Armstrong might have taken “one small step” when he landed on the moon on July 20, 1969, but it certainly wasn’t a small audience watching Armstrong. A television camera was mounted on the side of the Eagle spacecraft when it touched down on the Moon. An estimated 650 million people worldwide watched Armstrong take “one small step for man, one giant leap for mankind.”

Interestingly, Armstrong’s transmission cut out as he delivered his now-iconic line. What he actually said was, “that’s one small step for a man.” Nonetheless, this line still captured the imagination of people around the globe watching him on television.

4. The Challenger’s Launch and Explosion 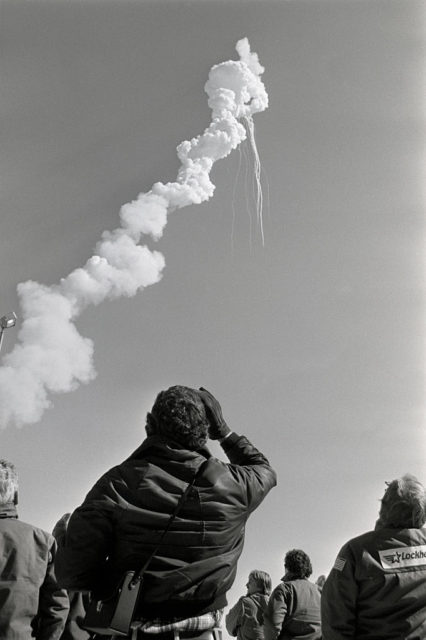 A trail of smoke leads up into the sky and then ends where the Space Shuttle Challenger exploded 73 seconds after liftoff on January 28, 1986. (Photo Credit: Bettmann/ Getty Images)

Among the more tragic live television broadcasts shown worldwide was the 1986 launch and explosion of the space shuttle, Challenger. After nearly a week of weather delays, The Challenger space shuttle was launched on January 28, 1986 from Cape Canaveral in Florida. Just over a minute after the launch, the spaceship exploded into pieces in the sky.

Millions of people watched the explosion happen. Sadly, 1,200 students and teachers had gathered at Concord High School in New Hampshire to watch their teacher, Christa McAuliffe, become the first teacher to fly in space. Similarly, Christa’s husband Steve and their two children were in Cape Canaveral watching the launch and subsequent explosion from a VIP viewing room.

NASA had arranged a satellite broadcast onto television sets in schools across the country because of Christa’s role as a school teacher. Tragically, children across the country watched this event unfold in live time. Although the launch and explosion happened in the middle of the workday, most people would watch replays of the actual event for many weeks to follow. 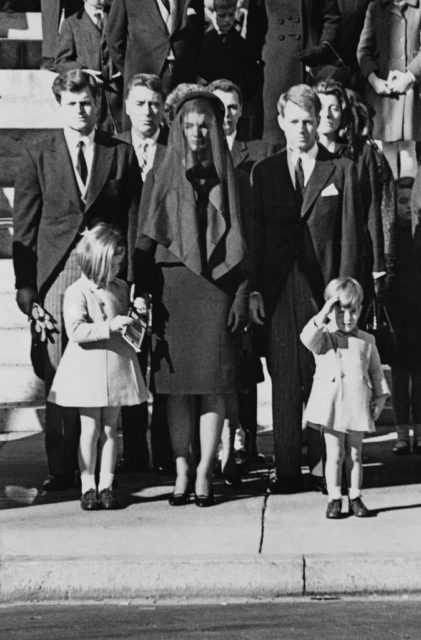 The assassination of John F. Kennedy was one of the twentieth century’s defining moments. Basically anyone alive on November 22, 1963, remembers where they were and what they were doing when they learned President Kennedy had been shot.

For four days after Kennedy was assassinated, all major U.S. television networks went live with coverage of anything JFK-related. On November 25, 1963, President Kennedy’s funeral was the first globally significant event to be televised worldwide. An estimated 180 million people watched JFK’s funeral worldwide. Approximately 81% of U.S. homes with a television set tuned in to watch the funeral, which was one of the highest TV ratings in American history. 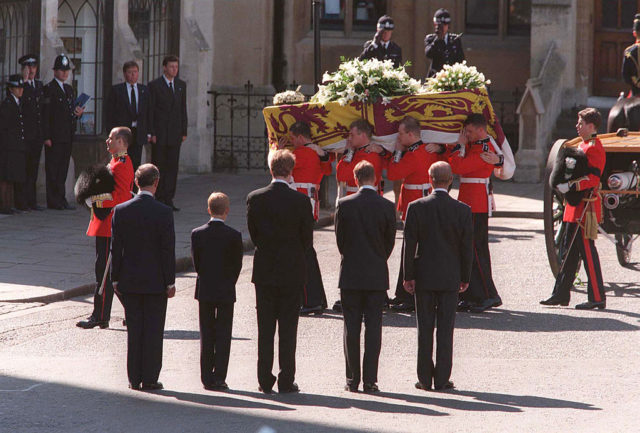 The Duke of Edinburgh, Prince William, Earl Spencer, Prince Harry and the Prince of Wales following the coffin of Diana, Princess of Wales at her funeral. (Photo Credit: Anwar Hussein/ WireImage/ Getty Images)

The world was left stunned after Princess Diana was killed in a car accident on August 31, 1997. One week later, on September 6, 1997, the People’s Princess was laid to rest. An estimated 2.5 billion people worldwide tuned in to watch the live television broadcast of the funeral, while 32.10 million viewers in the United Kingdom alone watched – making it one of the UK’s biggest ever television audiences to date. 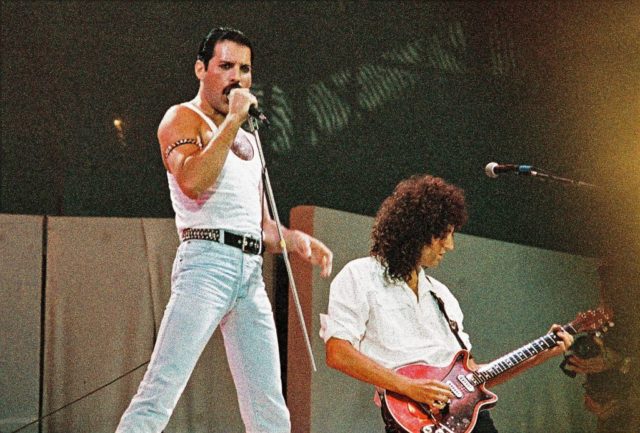 Live Aid was a music event that took place on both sides of the Atlantic Ocean – in England and the United States. The concert has been immortalized through recent Hollywood movies, including Bohemian Rhapsody (2018), featuring Rami Malek as Freddie Mercury.

The Live Aid concert was held simultaneously on July 13, 1985 at Wembley Stadium in London, England and at JFK Stadium in Philadelphia. Madonna, Bob Dylan, and Hall & Oats performed in the United States while artists including Elton John, Queen, U2, and Duran Duran performed in England. The performances were streamed live to over one billion people worldwide in 110 countries. A total of $127 million was raised for famine relief in Africa through this concert.

8. Aloha from Hawaii via Satellite 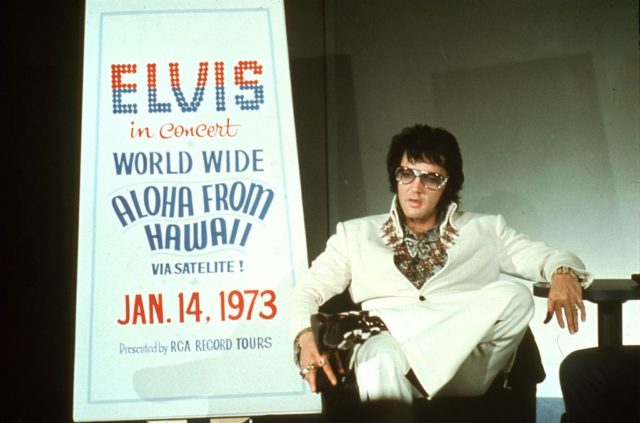 Whether you believe it or not, Elvis Presley’s “Aloha from Hawaii via Satellite” concert was one of the most-watched television events in history. On January 14, 1973, Presley took the stage at Honolulu International Center and delivered a concert that was broadcast to an estimated 1.3 billion people around the world.

“Aloha from Hawaii via Satellite” was the first live satellite broadcast to feature a single performer in history. The concert is now remembered as Elvis Presley’s last truly great performing moment.

9. Coverage of the 9/11 Terrorist Attacks 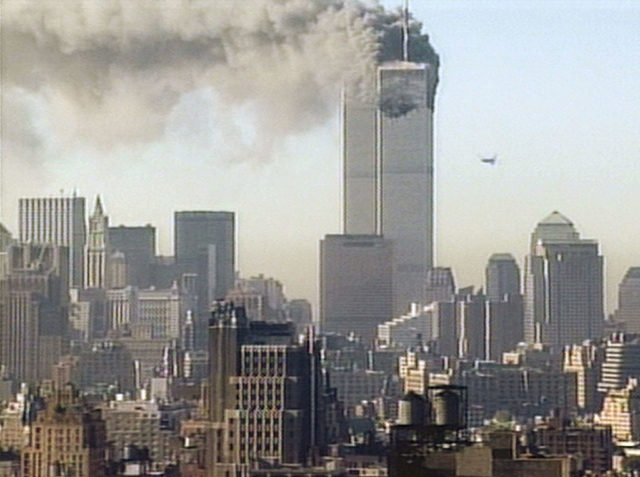 More from us: I Want my MTV! The Birth of Music Television and How it Took Over the World

« What Is Fat Tuesday and Why Is It the Best Day of the Year?
From ‘More Cowbell!’ to the King of Rock and Roll: Facts About Christopher Walken »