I Want my MTV! The Birth of Music Television and How it Took Over the World

It was the dawn of a new era for the music industry when at midnight on August 1, 1981, MTV debuted as a new cable television channel. The music program jump started with The Buggles and their hit “Video Killed the Radio Star”. The song seemed destined to foresee the future. Next followed Pat Benatar’s “You Better Run”, this as a message for record companies not to be skeptical about MTV. Did they have reason to be skeptical?

The channel was initially infinitesimal, available to a few people who lived in parts of New Jersey. Even its roots were not in the entertainment industry.

The story of MTV begins with American Express wanting to use specific TV programs to promote their credit cards to American families. To do so, they merged with Warner Cable Corporation in 1979 and began devising interactive TV channels. 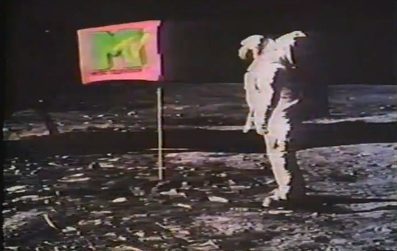 One of those channels became MTV, which would exclusively run a full-time program of music videos. Except there was one issue: Music videos were not really a thing back in the day. Neither were record companies too excited at the idea of supplying an unknown brand with catchy videos, at their own expense.

Help arrived from Europe, where a trend was emerging for artists to release promotional video footage of their new songs which was played on video jukeboxes — quite vintage machines these days. 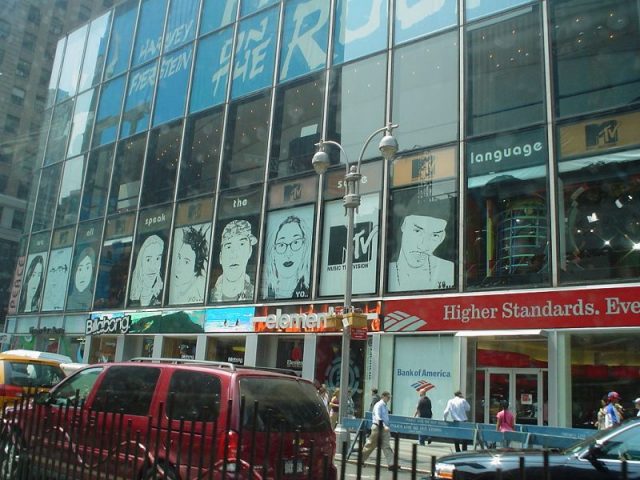 MTV’s initial playlist comprised less than 300 music videos that were repeatedly pushed on the channel 24/7. Those who got in the combination were a majority of British acts, who, as the fortunes turned out, soon began invading the top of the U.S. pop charts.

One example was Human League’s new wave, synthpop anthem “Don’t You Want Me Baby”, which was the Christmas number one in the U.K. for 1981, but topped the U.S. Billboard Hot 100 for three weeks in the summer of 1982, only after the song’s exposure on MTV.

The current logo of MTV is almost equal to the previous one, except that no longer carries the text “Music Television”.

Those hooked on the new channel were mostly young people in suburbia and small towns where MTV was available. Those same youngsters hurried to music stores to buy the singles they had seen on the TV station.

A defining early band on the channel was Duran Duran. By 1984, there was a craze after them in the U.S., and more than that, their videos influenced the styling of music videos for the remainder of the decade. Other acts to profit this early MTV era included Depeche Mode, Flock of Seagulls, Billy Idol, Tears for Fears, and Soft Cell, just to name few more.

The spike of sales for these artists and their relationship with the MTV did not go unnoticed by U.S. record companies. Slowly they were coming around, realizing the need for creating big, flashy videos. What was still missing was a good ad. Something to bait and lure more people — people from the big cities — to tune in to the new, exciting TV station.

MTV creators opted for a short “I want my MTV” campaign, but someone famous had to utter those words. Like Mick Jagger. When Jagger asked for the big bucks to appear in the ad, an arrogant executive threw him a $1 bill, telling him that’s all the channel could afford. The approach supposedly worked with Jagger and he agreed to film. Pete Townshend from The Who was also hired. 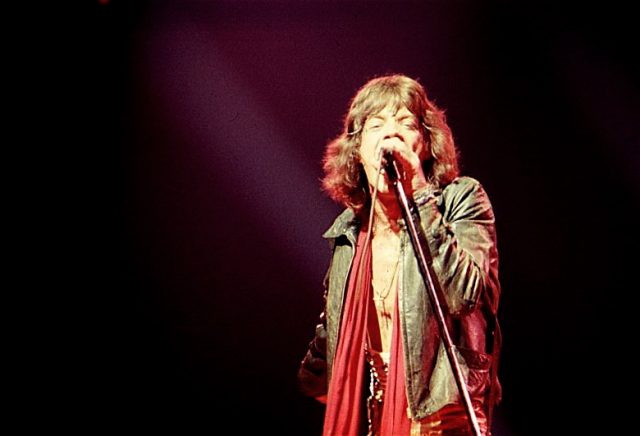 Years later, Kylie Minogue would shout the words “I want my MTV” while performing her new song Slow at the MTV European Awards in 2003 (she did win an award later in the evening). The phrase originated precisely from that breakthrough 1980s MTV campaign that made people call their cable operators and demand access to MTV. 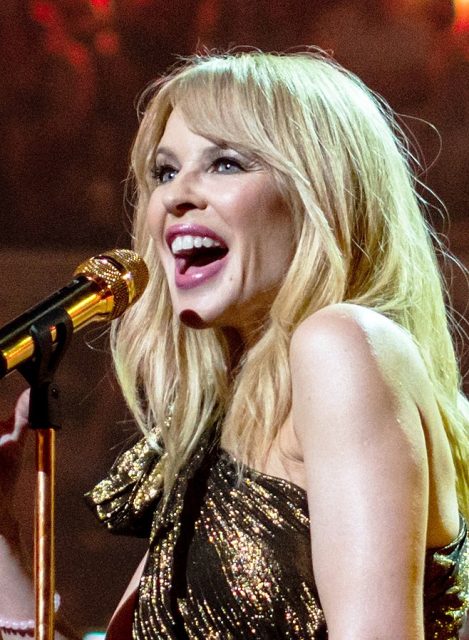 For the new artists, it meant the world if someone like Australian director Russell Mulcahy — who did the Duran Duran videos — worked on their videos as well.

Critics were fast to follow the way MTV handled the video selection. There were concerns that focus went only on the artists who were physically more appealing. That was shattered once ZZ Top were introduced on the channel. Before the MTV era, ZZ Top already had seven studio albums behind them, but they measured average success. 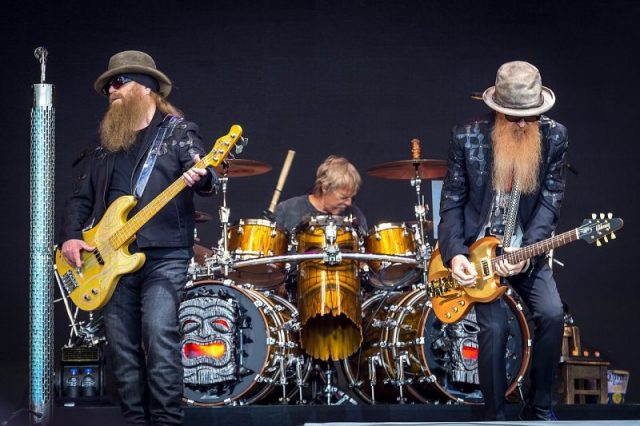 ZZ Top on the Pyramid Stage at Glastonbury, 2016. Photo by Brian Marks CC BY 2.0

When MTV began heavy rotation of their new videos such as “Gimme All Your Lovin'” in 1983, things boosted for them. With their huge beards and electric image, the rock band looked utterly different than any other performer featured on the channel’s playlist.

Critics also voiced the absence of African American artists. Rick James was especially angry as his “Super Freak” video was not being transmitted. That too changed with the arrival of the pop king, Michael Jackson. After he released “Thriller” and “Beat It”, his videos received rotation other artists could only envy for. 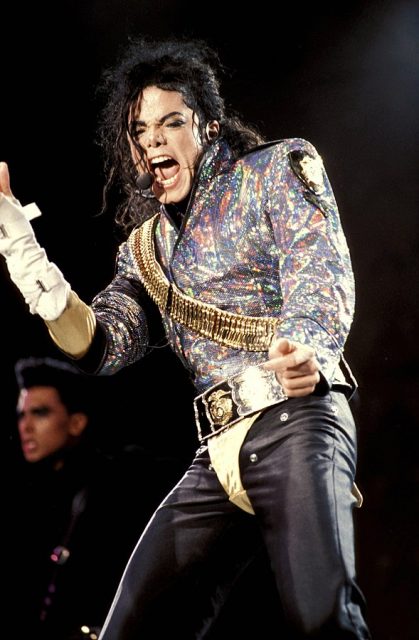 In fact, Jackson together with Prince and Madonna, formed the so-called “holy trio” of the early-days MTV. By 1984, the year when the channel also hosted its first MTV Video Music Award night in New York, MTV was a channel everyone knew about.

On the first award night, David Bowie won in the Best Male Video category for “China Girl” and Cyndi Lauper topped the Best Female Video category for “Girls Just Wanna Have Fun”. All too early the winners were sent to oblivion as Madonna, who performed her new hit “Like a Virgin”, popped out from a 17-foot wedding cake donned in a wedding gown. An iconic moment in pop history.

And if there were still those who resisted the channel, such as Bruce Springsteen, they were now checkmated. Springsteen, who repeatedly refused to create music videos for the MTV, now had little choice left when releasing his new album, Born in the U.S.A.

Read another story from us: Russell Crowe used to Receive Ridiculous Prank Calls from Michael Jackson

He just had to do a video to achieve success with it. Which is when Dancing in the Dark came around. The video gives the impression he is in a concert and somewhere at the end he pulls a girl from the audience to join him dancing on stage. The girl in question was the future Friends star, Courtney Cox. The video stormed to success for Springsteen, and Born in the U.S.A. quickly became his best selling album.

And that’s how MTV was born in the U.S.A.

« The Forgotten Founding Father with a Name and Legacy Like no Other
Around the World in 72 days: The Record-Breaking Voyage of Nellie Bly »