Around the World in 72 days: The Record-Breaking Voyage of Nellie Bly

In Jules Verne’s 1873 novel Around the World in Eighty Days, the hero of the book, Phineas T. Fogg, travels around the globe in precisely 80 days.

Investigative journalist Nellie Bly decided she could do it even faster — and she did. Bly traveled by ship, train, jinrikisha (a seat on wheels pulled by a man), sampan (a small riverboat), horse, and donkey. 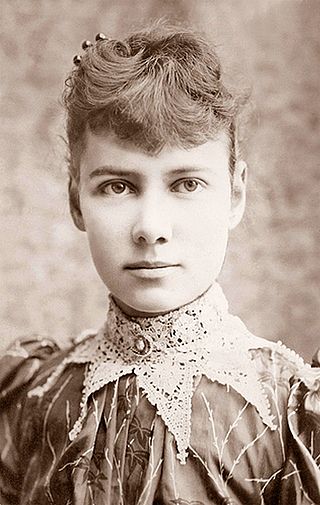 A portrait of Nellie Bly.

Just how much of a whirlwind it was can be experienced due to a new virtual reality project at the Newseum in Washington DC. “Nellie Bly: The Virtual Reality Experience,” a partnership with Vive Studios and Immersion, tracks Bly’s travels from Egypt to Sri Lanka, Hong Kong, San Francisco and beyond. 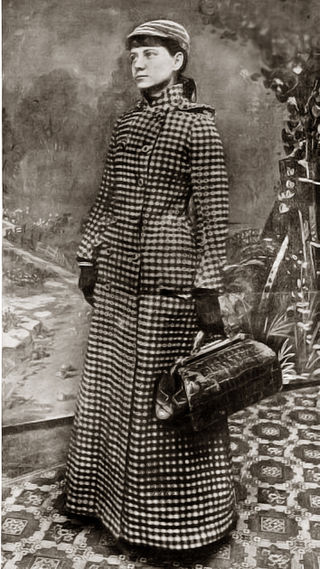 It includes the obstacles that the intrepid journalist faced, “including a surprise snowstorm that threatened to slow her progress, a stop in Singapore where she bought a pet monkey, and the discovery that another woman reporter — Elizabeth Bisland of Cosmopolitan magazine — was close on her heels,” according to the Smithsonian. 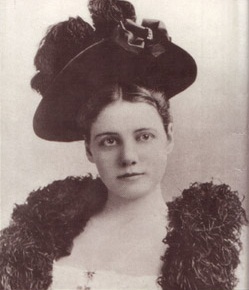 There was a commercial aspect to her feat. Her daily newspaper, the New York World, carried articles about it and offered a trip to Europe to the person who could come closest to guessing her finish time. The paper received almost one million entries and reportedly sold more copies than ever before. 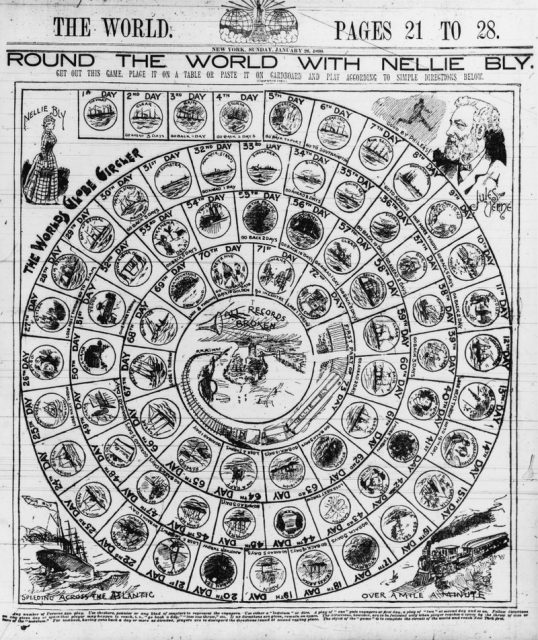 Round the world with Nellie Bly – The Worlds globe circler Abstract.

Originally a daydream, Bly ran the idea of challenging main character Phileas Fogg’s record to her editor at the newspaper. After initially rejecting it because she was a woman, he later gave the 24-year-old reporter the go-ahead with only two days to ready herself. 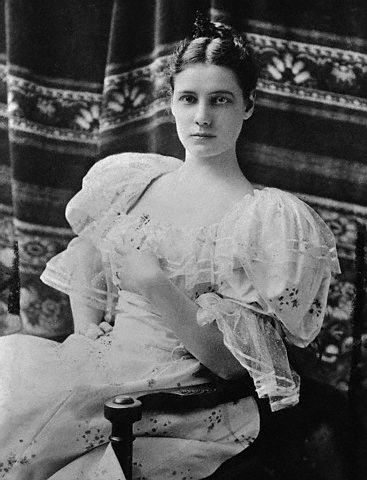 Portrait of a 21-year-old Bly in Mexico.

Bly purchased a ticket only for the first leg of her journey so that she could adjust her travel schedule along the way.

She left her home in New York with a single suitcase and boarded a ship, the Augusta Victoria, leaving Hoboken, New Jersey,  for London. 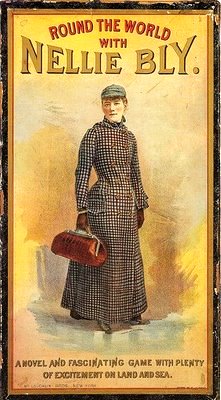 Cover of the 1890 board game Round the World with Nellie Bly.

After she reached London seven days later, Bly took a train to Paris and traveled out of her way to meet with Jules Verne in Amiens.

She later wrote: “‘If you do it in seventy-nine days, I shall applaud with both hands,’ Jules Verne said, and then I knew he doubted the possibility of my doing it in seventy-five, as I had promised. In compliment to me, he endeavored to speak to me in English, and did succeed in saying, as his glass tipped mine: ‘Good luck, Nellie Bly.’” 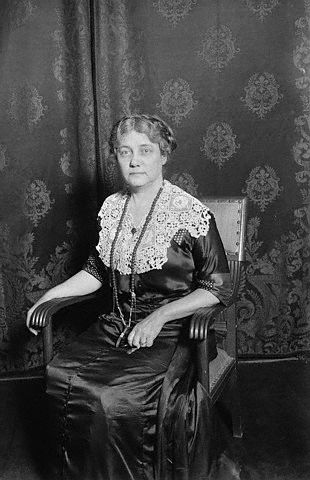 Nellie Bly in her later years.

She also wrote: “I only remember my trip across the continent as one maze of happy greetings, happy wishes, congratulating telegrams, fruit, flowers, loud cheers, wild hurrahs, rapid hand-shaking and a beautiful car filled with fragrant flowers attached to a swift engine that was tearing like mad through flower-dotted valley and over snow-tipped mountain, on–on–on!” 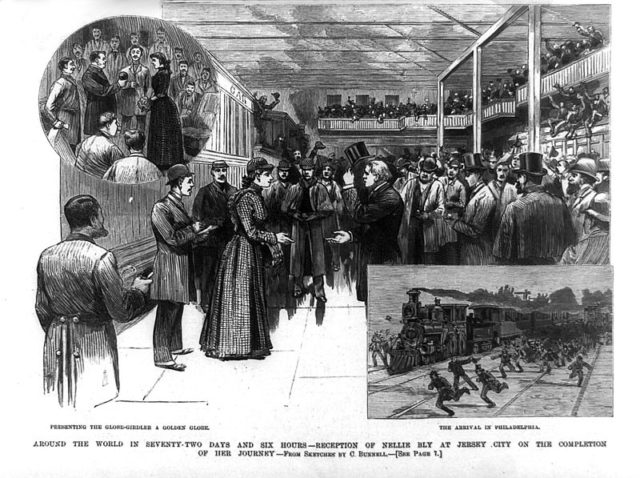 Born Elizabeth Cochrane Seaman, Bly wrote for the Pittsburgh newspaper when she was 21, covering the lives of women factory workers. In 1887, she left for New York City and talked her way into the office of a New York World editor to obtain assignments. 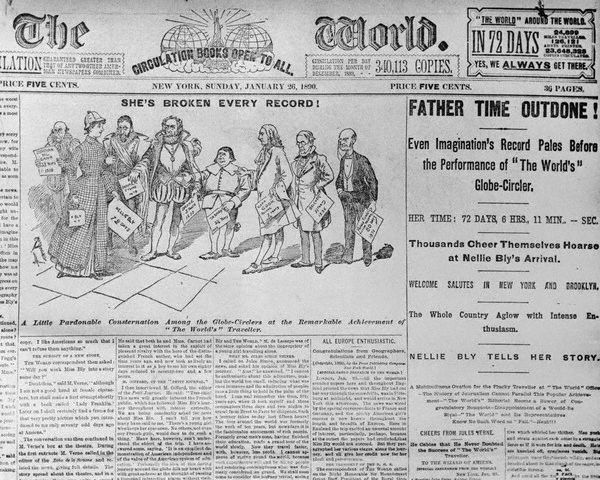 Bly went undercover to expose the horrendous conditions at the Women’s Lunatic Asylum, on Blackwell’s Island (called Roosevelt Island today ). To do so, she feigned insanity. Her eventual report, Ten Days in a Mad-House, caused a sensation.

The following year, Bly traveled around the world. She continued to write and became an inventor. At the age of 31 she married a businessman many years her senior.

Read another story from us: The Limbless Irish Aristocrat who Traveled the World Without Arms or Legs

Nellie Bly died at the age of 57 of pneumonia.

According to Smithsonian, the virtual reality experience “places Bly’s race in historical context, providing users with background on the journalist’s previous reporting accomplishments, as well as related milestones in the women’s rights movement.”

« I Want my MTV! The Birth of Music Television and How it Took Over the World
The ‘Majestic’ Documents and their Alleged Proof of a Vast UFO Cover-Up »