From ‘More Cowbell!’ to the King of Rock and Roll: Facts About Christopher Walken

Christopher Walken is one of the most instantly recognizable actors in Hollywood. He comes across as a little intense on camera, but is this true behind the scenes?

Find out more about the unmistakable Mr. Walken and his extraordinary (yet at the same time kind of ordinary) life…

Walken was born Ronald Walken in New York in 1943. For a time he performed under the name Ronnie. Actress and dancer Monique van Vooren suggested “Christopher” and he adopted it in 1964. 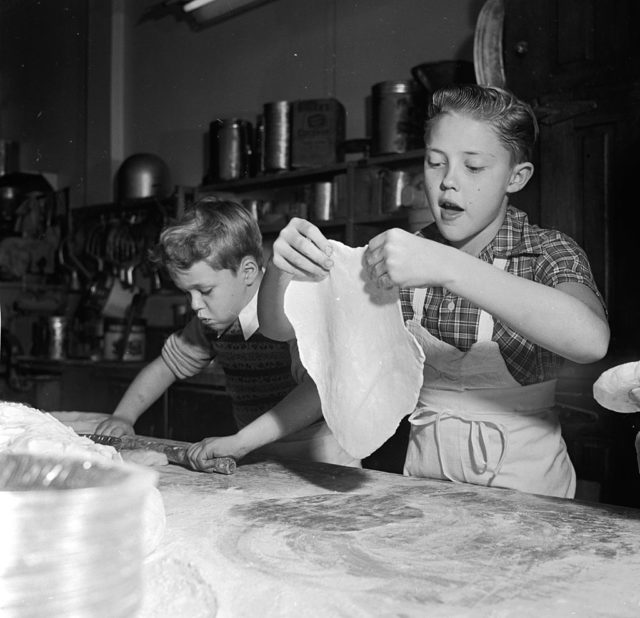 Where did Ronald come from? Another actor, the legendary Ronald Colman. His parents Paul and Rosalie ran a bakery in Astoria – he came from Germany, she from Scotland. Christopher, or “Chris” as he likes to be known, has two brothers, Glenn and Ken. They too went into showbusiness.

This early push into show business was largely prompted by Walken’s mother, who took him and his brothers to TV auditions from a young age. In doing so, she helped land him one of his earliest roles alongside Dean Martin and Jerry Lewis when he was cast in one of their sketches on their show The Colgate Comedy Hour. He was only 10 years old at the time, and was still acting under his real name, Ronnie Walken.

Although he was undoubtedly successful, Walken attributes much of it to simply being what you did when you were a young kid in his neighborhood. He said, “In the 1950s television was being born, and there was this phenomenon, about 90 live shows from New York, so there were hundreds of kids from Queens, kids from blue collar families, doing TV shows. In Queens where I grew up, you didn’t go bowling on Saturday, you went to dancing school.”

Like many young people, Walken was affected by Elvis Presley. His hairstyle is modeled on Presley’s and he wrote and took the title role in Him, a 1995 play about the rock and roll icon. 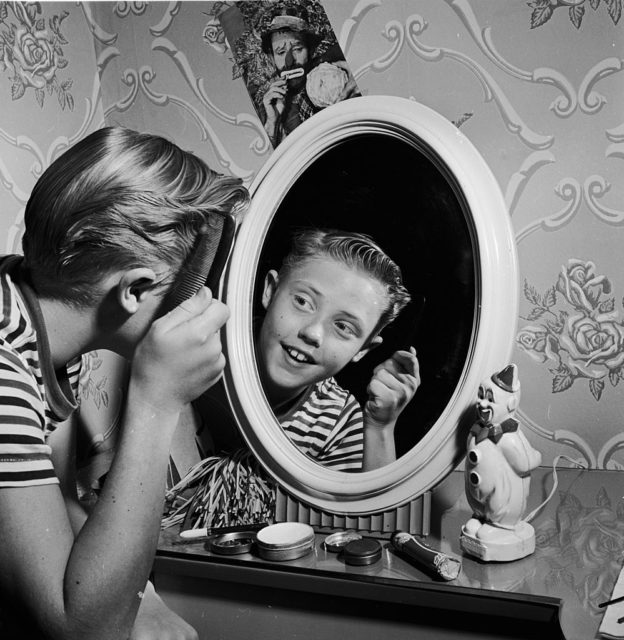 The script “examined Presley’s life after death,” writes Mental Floss, “positing an insane theory about his demise and casting his dead twin brother as a major character.” It was described as “woozily conceived” and “fantastical” by the New York Times.

He’s got the moves

Before he became a movie star, Walken trained as a dancer. Every so often he shows how light on his feet he is – Fatboy Slim’s “Weapon of Choice” video remains an offbeat highlight. 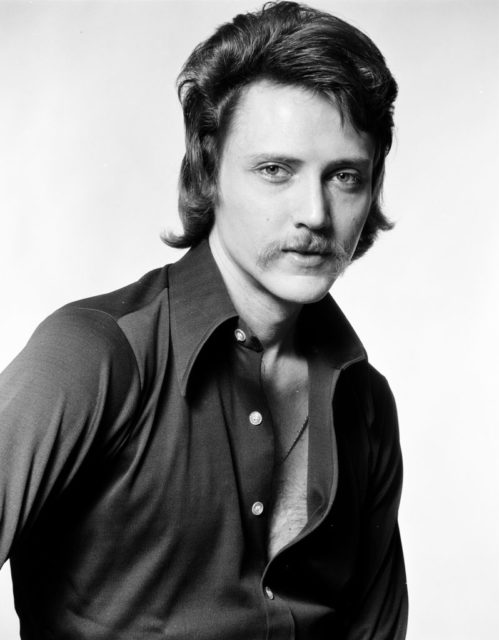 Someone surprising who showed an interest in his dancing skills was Marlon Brando. As revealed to David Letterman, the method master wanted to tickle the ivories in a variety show – Walken had been earmarked as a twinkle-toed guest! Ultimately the project never got off the ground.

That halting style of speech associated with Walken isn’t put on. It reflects his upbringing among immigrants in Queens.

“Both my parents had heavy accents,” he told CBS Sunday Morning, adding: “It’s a rhythm thing – people who speak English where they have to hesitate and think of the right word.” 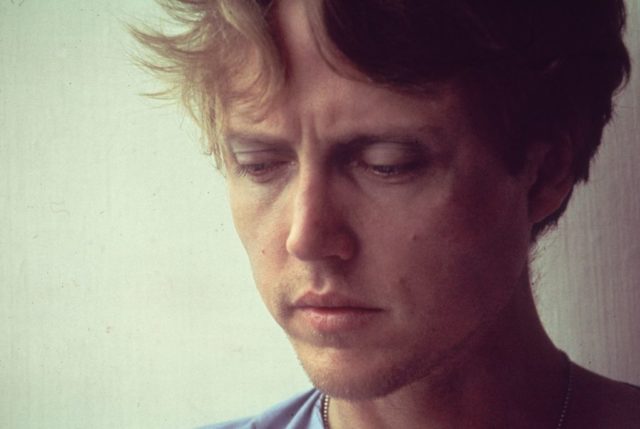 circa 1980: American actor Christopher Walken, who won an Oscar for his intense performance in ‘The Deer Hunter’. (Photo Credit: Hulton Archive/Getty Images)

This reportedly carries over to writing stuff down. Grunge mentions his handwriting “is just as odd as his speech: all capital letters, no punctuation, and just a single sentence.”

Speaking of what’s on the page… Walken doesn’t appreciate it when scripts are tailored to his performance style. If anyone’s going to tinker with a Christopher Walken movie, it’s the man himself!

He starred in a Madonna music video

Although he is best known as a film and theater actor, in 1993 Walken deviated from the norm and featured in Madonna’s Bad Girl music video. The singer played the main character, an executive named Louise Oriole, who falls into depression and addiction. Walken, who appears alongside her, appears to play different roles, depending on the viewer.

Some believe he plays a guardian angel, looking after Oriole, while others think he’s playing an angel of death. Walken met Madonna because of his co-star on At Close Range, Sean Penn, who was engaged to her at the time. He spoke very highly of the singer and his experience working with her in an interview with Rolling Stone. Walken said that “She’s very strong and interesting. On set, she’s formidable and nice.”

Since 1969, Walken has been married to Georgianne Thon, who used to work as a casting director. They never had kids, though own cats. 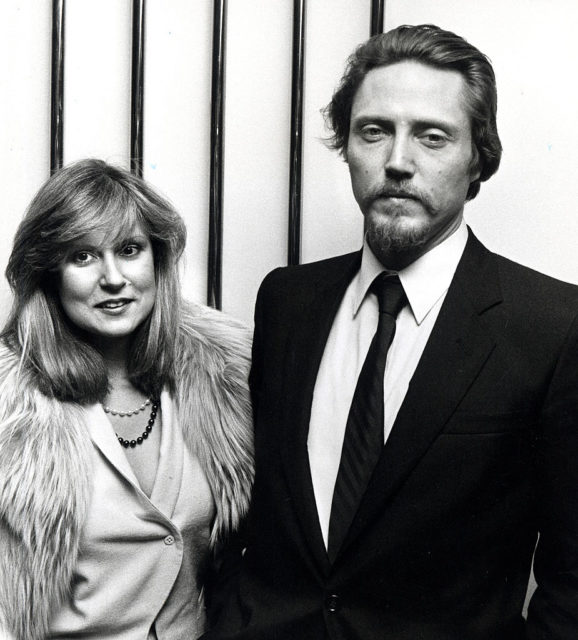 Walken is also an animal rights advocate. In 2015 he fronted a campaign for the Humane Society of the United States.

Speaking to the Daily Mail about his role in the British comedy-drama Outlaws, Walken revealed a somewhat repetitive approach to the craft of acting.

He states what he does “is to read over and over until it sounds right. Suddenly, it’s almost like talking to somebody you know: you believe them or you don’t.” 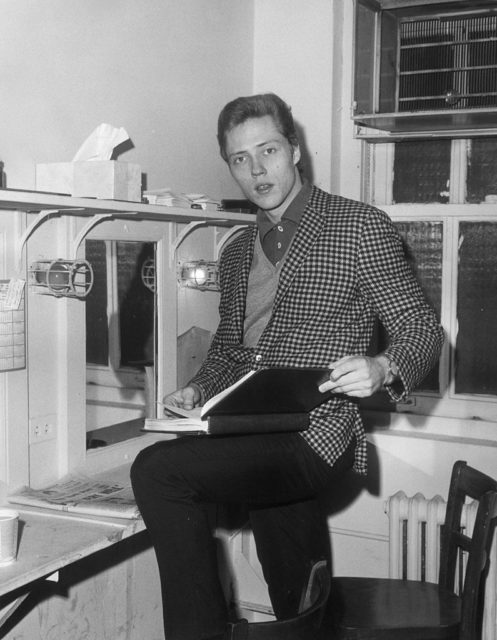 circa 1965: American actor Christopher Walken resting his foot on a chair while examining a script in a dressing room. Walken wears a checkered jacket. (Photo Credit: Hulton Archive/Getty Images)

This must be challenging for him. Why? Walken isn’t a fan of learning lines, reportedly finding it a trying experience.

He was a lion tamer

At the age of just 16, Walken was part of a lion taming act at the circus. How did he get the job? Easily, according to Grunge. They advertised in the paper, where seemingly anyone could face the jaws of death!

Walken wielded a whip but apparently didn’t need it. His role was to interact with an elderly female lion, who he says was quite docile.

Actress Natalie Wood died while on vacation in California with her husband Robert Wagner and Christopher Walken. He was reportedly a friend of Wood’s – they were on a break from shooting the 1983 sci-fi drama Brainstorm.

The Independent – covering the 2020 documentary Natalie Wood: What Remains – writes that Wood, Wagner, and Walken were on a yacht together at the time. Actress Natasha Gregson-Wagner (daughter of Wood and Richard Gregson) spoke to Robert Wagner on camera about what happened.

He states that he and Walken had an argument concerning his wife. There have been allegations that Wood flirted with Walken. Wood later disappeared from the yacht and was found floating in the water off Catalina Island. She could have been suffering the effects of alcohol. 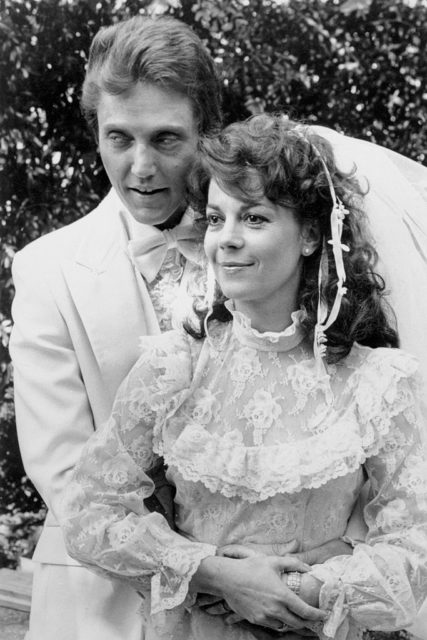 Walken rarely speaks about the tragedy but is on record as saying her death was an accident, in line with the official verdict. He told Playboy in 1997 that she may have tried to move a dinghy against the boat that was making noises. “There was a ski ramp that was partially in the water” he mentioned. “It was slippery – I had walked on it myself.”

The exact details of her death will probably never be known, leaving an agonizing legacy for Wood’s friends and family.

He steals clothes from set

Despite having a lucrative movie career, one that certainly comes with significant financial gain, Walken has a habit of stealing clothes from the films that he works on. He came clean about his kleptomaniac tendencies in an interview with Independent – an interview where he even wore a suit jacket stolen from The Comfort of Strangers. 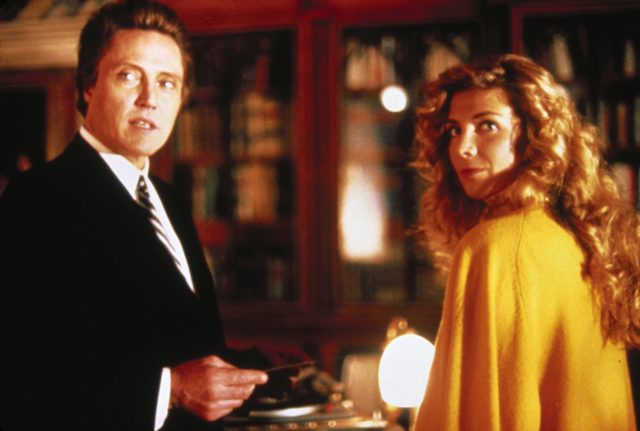 Publicity still of Christopher Walken as Robert, and Natasha Richardson as Mary from ‘The Comfort of Strangers,’ one of the many sets that the actor took clothing from. (Photo Credit: murraymomo/ Skouras Pictures/ MovieStillsDB)

He said “I never buy clothes. Whenever I do a movie, all my clothing is from that movie set. They don’t give me anything, I steal…” His efforts were foiled only once, that he recalled, on the set of Batman Returns. According to the actor, he had spent time thinking about what he would take when they were finished filming, only to return to his dressing room after they wrapped to find that it was all gone: “They saw me coming.”

Christopher Walken has appeared many times on Saturday Night Live. The team regards him as kind of a legend – he apparently has carte blanche to come back whenever he wants.

The famous “More Cowbell” sketch from 2000 presents Walken as Bruce Dickinson, a music producer. Will Ferrell appeared in the sketch.

It made such an impression that when Walken played King Louie in Jon Favreau’s Jungle Book (2016), a cowbell was featured in tribute.

He’s an old-fashioned sort of guy

Don’t try and find Christopher Walken online. Chances are you won’t have much luck. “I’m a luddite,” he revealed to Men’s Journal, stating he doesn’t rely on modern technology like mobile phones and computers.

Roles you nearly saw him in

As reported by Ranker, Walken has been in demand for all kinds of roles. He came close to playing some iconic characters, such as Han Solo, Captain Jack Sparrow and even Jesus in Martin Scorsese’s The Last Temptation of Christ (1988). 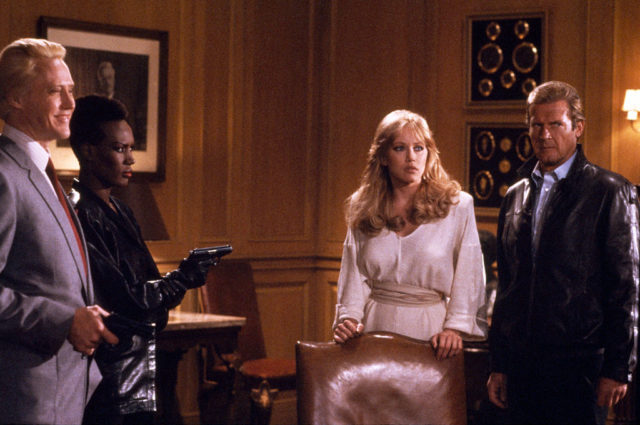 More from us: Bill Murray As Batman? Eddie Murphy As Robin? David Bowie As The Joker? Hold The (Bat) Phone!

One famous face who did appear was David Bowie, as Pontius Pilate. Walken inherited two roles from Bowie – Max Zorin in Bond film A View To A Kill (1985) and Max Schreck in Batman Returns (1992). The Thin White Duke passed on them both.