On December 31, 2021, the world lost an absolute treasure. Betty White had the longest career of any woman in television, and as such had some truly iconic moments throughout her life. Here we take a look at some of Betty White’s best moments, and look back on her life with a smile.

Betty White is known for making both the audience and her costars crack up, especially when she played Rose Nylund on The Golden Girls. In this clip from the episode titled “The Great Herring War,” Betty White’s improv comedy was so funny that she even got her costars to break character as they burst out laughing.

2. Jokes at her own expense

Some comedians make jokes at the expense of others, but Betty White was not that type of comedian. White was never afraid to make a joke at her own expense. In 2010, she hosted an episode of Saturday Night Live. In her monologue, she was the butt of her own joke as she told the audience that she had been told that “Facebook is a great way to get in touch with old friends.” To this, White replied, “if I want to get in touch with old friends, I am going to need a Ouija board.”

3. Ahead of her time 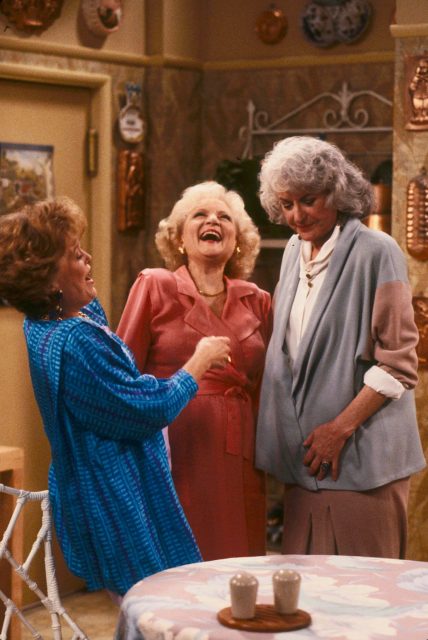 In season five of The Golden Girls, in an episode titled “72 Hours,” Betty White’s character Rose Nyland is potentially exposed to HIV. Rose learns that she received a blood transfusion that may have exposed her to HIV. She has to wait 72 hours before she finds out she is ultimately negative. The purpose of the episode was to show its viewers that HIV and AIDS have the potential to impact any person. In this way the show, and Betty White’s character, attempted to overturn stereotypes surrounding HIV and AIDS.

In season two of the sitcom, Community, Betty White portrayed the character June Bauer, who was an anthropology teacher at the community college. In this role, White was able to showcase her rapping abilities with Abed Nadir (Danny Pudi) and Troy Barnes (Donald Glover, also known as Childish Gambino). White was always up for trying something new, as shown in this rapping clip.

5. Always keeping us on our toes

In 2015, Saturday Night Live celebrated its 40th anniversary. To commemorate this milestone, the show brought some iconic guest stars to perform in “The Californians” sketch. In the sketch, Betty White and Bradley Cooper surprised the audience with a make-out session!

6. Her friendship with Ryan Reynolds

Betty White and Ryan Reynolds had one of the funniest friendships in all of Hollywood. The two co-starred in the 2009 movie, The Proposal, and ever since, they’ve had an adorable friendship. In fact, the pair was recently in the news again when White said she “heard that Ryan [Reynolds] can’t get over his thing for me.” Reynold’s hilarious response is below.

7. Her activism for the LGBTQ+ community

The Golden Girls was known for being progressive while on air, but Betty White herself is known as one of the longest-serving LGBTQ+ allies. She has defended the gay community publicly countless times, including during a 2014 interview with Larry King, when she said she didn’t understand why people had a problem with gay people. As she said, the only thing that matters is the type of person someone is.

8. Advocating for those who couldn’t do so themselves 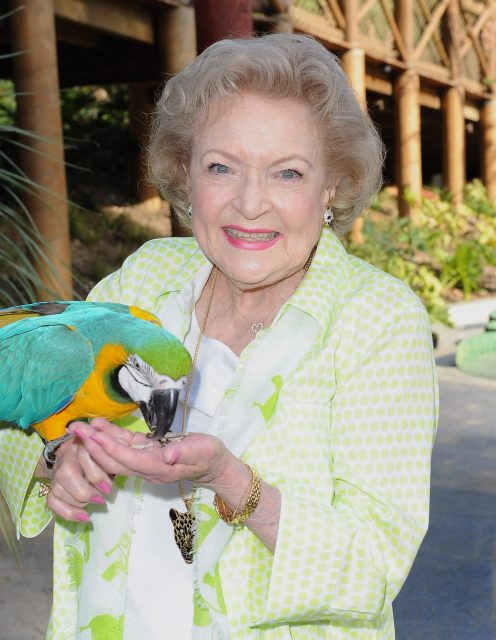 More from us: Golden Girl Bea Arthur was one of the First Female Marines to Serve in WWII

Betty White has been a longtime activist for vulnerable animals. She demonstrated a lifelong commitment to helping critters in need by not only personally adopting many rescues but also supporting local shelters and by promoting and protecting animal interests in her projects. In 2009, Betty White told TV Guide that “I’m the luckiest person in the world. My life is divided in absolute half: hall animals, half show business.”