Chain store Poundland have stopped selling budget ouija boards. What started off as Halloween fun turned into a nightmare for the chain, following complaints from paranormal investigators and members of the public. The “Spirit Boards” retailed (unsurprisingly for Poundland) at £1, or $1.30.

Was 2020 the best year to sell this eerie novelty item? Poundland in Northern Ireland certainly thought so, seeing the unearthly communication method as a potential pick me up for people stuck indoors thanks to Covid. It soon became clear however that they were meddling with forces beyond their understanding. 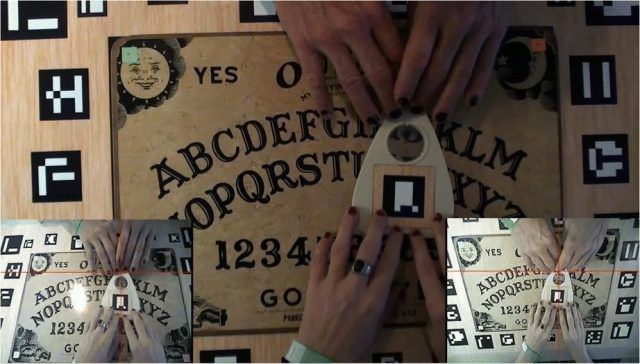 As the Mirror put it, the prospect of “untrained adults” spelling out the names of the dead for giggles shocked supernatural experts such as Paul Marsters. A member of True Paranormal Events UK, he “won’t even touch Ouija boards” according to Hull Live. Specially-trained mediums are reportedly assigned this realm-spanning task.

With an experience in the field totalling 7 years, Marsters should know what he’s talking about. Bringing a board out on October 31st – whether a toy or the real deal – is a recipe for disaster. “On Halloween night the veil into the spirit world is very thin” Marsters stated.

He expressed concern that a demon could break through and attack unwary revellers. The name “Zeus” is brought up as one to look out for when guiding the board’s “planchette” toward the letters. The more historically-inclined might recognize Zeus as a Greek god, though it appears to have more sinister connotations in the spirit world.

News Letter quoted Rev David McIlveen, a Free Presbyterian Minister. “The young person doesn’t control the board,” he reminded everyone, “the board controls them”. Rev McIlveen stressed the damage that could be done to those struggling with mental health issues during lockdown. 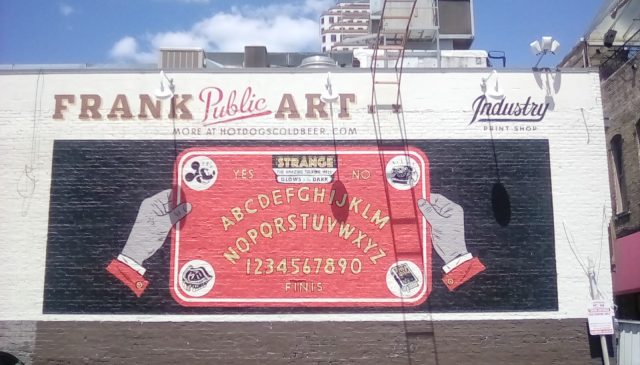 The site also refers to Carla Rainey of Paranormal Investigators Northern Ireland. To her an ouija board in the wrong hands may “allow a dark passage of malevolent spirits to come forward”.

The Argus offers a more direct view, quoting one social media user. “As if this year wasn’t bad enough, Poundland are selling Glass- weegie boards” they type, adding: “That’s right, open the gates to hell why don’t ya???” Opinion has been divided on the subject, yet ultimately the chain have acknowledged hurt caused and withdrawn their controversial product.

As for the original board they got the idea from, it was officially named “Ouija” by medium Helen Peters in Baltimore, 1890. Robert Murch, a historian writing in The Guardian states, “the planchette spelled out ‘Ouija’, which the board told her meant ‘good luck’.” 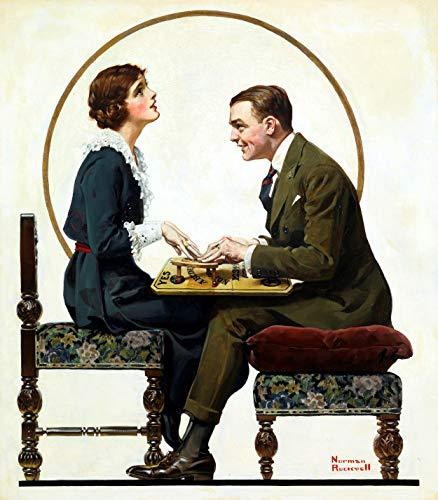 Norman Rockwell painting of a couple using an Ouija board (1920)

It isn’t exactly known how the ouija board came about, but it relies on the “automatic writing” system. The process was talked about in Ancient China, gradually evolving into the kit familiar today from horror movies and indeed discount retail outlets!

While Poundland said the product was sold to adults only, Paul Marsters told Hull Live there was no age limit on the box.

Metro mentions statements from the company. Initially pointing out the Spirit Boards were available in “only around 90 of our 800+ stores”, Poundland eventually gave up the ghost and binned the idea entirely. “We had a message from the spirits to make the handful that were left vanish” they concluded. As reported by News Letter, MP Gregory Campbell called the controversy “a lesson for retailers”. He’s pushed for some form of regulation when it comes to ouija boards.

The universe of ghosts and ghouls isn’t subject to human laws. So this could be the only way forward when dealing with demons and trouble seekers everywhere.