Phantom Soldier: William Shakespeare wrote in Hamlet that, “there are more things in heaven and earth than are dreamt of in your philosophy,” meaning, of course, that many things exist even though we may not be able to see or touch them.

People interested in paranormal activity – ghosts, spirits, hauntings, poltergeists, etc. — often cite a belief much like the one Hamlet espouses to Horatio as justification for their insistence that the invisible world is with us always, even if we cannot see it.

A couple of years ago, a trio of ghost hunter in the U.K., visiting a famous battleground site in North Yorkshire, came home with more than just a few souvenir T-shirts, they came home with what they believe is evidence of Hamlet’s – and their – belief. 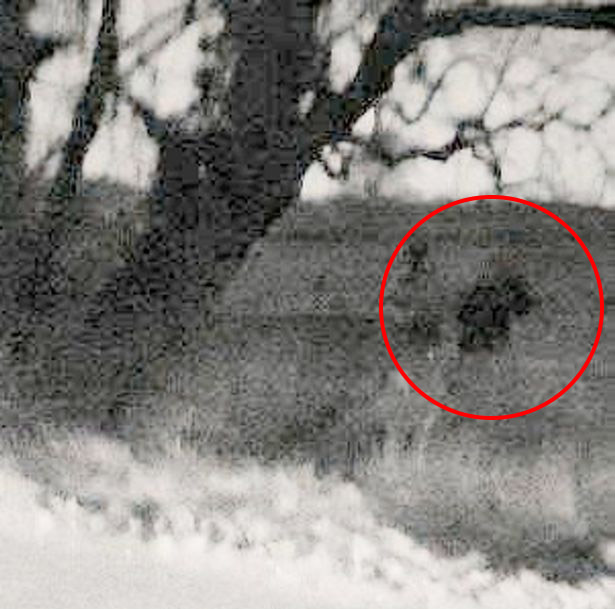 One of them, Neil Cook, has a selfie he thinks shows the image of a Phantom Soldier on horseback behind the three men who unknowingly captured the image.

The trio of “ghost hunters” went to the site in March of 2018, on the anniversary of the Battle of Towton, during which thousands of British soldiers lost their lives in one day.

Cook believes that the more trauma that has occurred at a place the better, at least in a ghost hunting context, and this battlefield certainly qualifies. The men think there are more likely to be spirits not at rest at a location that has endured great pain, and the site in North Yorkshire, called the Palm Sunday battle, certainly can be described that way. 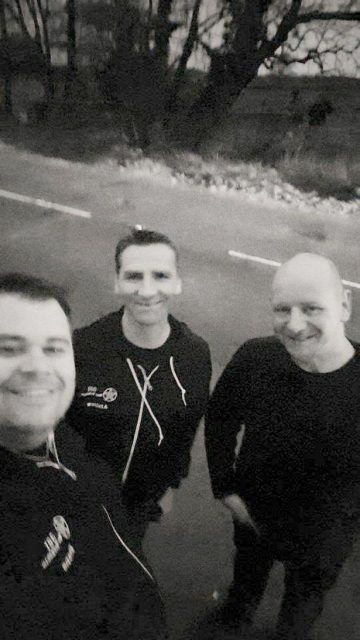 Cook’s Facebook page describes him as a spirit medium and a clairvoyant, so if a ghost soldier was looking to reveal himself to somebody, Cook seems as fine a target as anyone. All three men said they are avid spirit chasers, but that this event genuinely gave them the creeps.

Cook told the Daily Mirror that they had a sense, during their excursion, that someone – or something – was following close behind them. “All night, we had the feeling that we were being followed,” Cook told the Mirror.

They even heard hoof beats, but of course didn’t see anyone or anything clearly because it was dark.

It wasn’t until Cook looked at the selfie they took as a memento that the ghostly shape became obvious to them. Cast in deep shadow, the shape could be a person, a large sheet blowing in the wind or any one of a number of other things, including the shadow of a tree.

But people see what they want or need to see – even Cook (that you can also follow on Instagram) acknowledged that. He told the Mirror that they’ve shown the image to others, and people always conclude the same thing: they were being trailed by a phantom soldier on horseback. 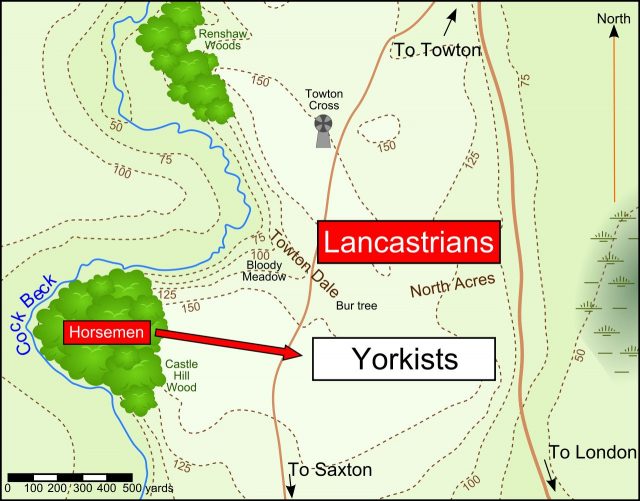 Cook’s friends and colleagues in paranormal activity tracking are Shane Corbett and Andrew Alexander. Both men told the paper that the battlefield was “eerie,” a disturbing place to tour because almost 30,000 British soldiers lost their lives there on March 29th, 1461, in an epic conflict that was part of the War Of The Roses.

Not only were men killed by the enemy, but also a bridge caved and many soldiers drowned. The site, according to Cook, is practically drenched in bad vibes and ghostly apparitions.

Many people may be dubious about the photo, but the men’s belief in the paranormal seems genuine enough. Risking ridicule, they told the paper all about the experience and even allowed the photo to be published.

Another Article From Us: Lady Diagnosed With Medieval ‘Holy Fire’ Disease After Experiencing Burning Pains i n Legs

If nothing else, they clearly have the courage of their convictions. Cook insists on social media that the trauma and pain he has personally endured makes him more sensitive to the presence of unseen, unhappy spirits. Whether or not that’s true is something only Cook – and perhaps his paying clients – know for sure.

« “Ghost Passengers” Haunted Japanese Taxi Drivers after the 2011 Tsunami
House Abandoned for 40 Years, he Locked the Door & Never Came Back – Goes to Auction »