Holy Fire’! In July of 2020 a twenty four year old woman visited a clinic because of burning pains in her legs, discolored feet and problems when she walked.

As it turned out, she was diagnosed with St. Anthony’s fire or Holy Fire  – a medieval disease caused by ingesting ergot. According to iflscience.com, when the patient was examined, she was found to have extremely cold legs and two of the main arteries in the legs were on the verge of collapse.

She was given a blood thinner which increased the flow of blood though her arteries but because of gangrene she lost one toe. Ergotamine was used in the 1500s to induce childbirth and today is used in treating migraines and cluster headaches. 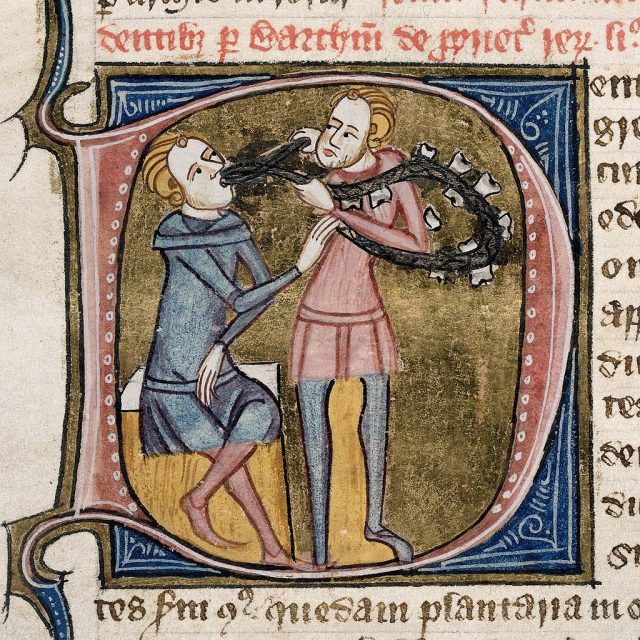 Ergot alkaloids affect a multitude of systems in the human body including the circulatory – Holy Fire was painful.

The patient was taking Ergotamine for migraines and it interacted with another medicine she was taking for HIV causing the problems in her legs.

The disease is caused by the oldest known toxin, Claviceps purpurea which is a fungus that attacks sorghum, rye, wheat, oats, millet as well as over six hundred grasses, some grown for food.

When the fungi attack the plant, the developing seeds are replaced by ergots which are harvested along with the grain and get into the food of both humans and livestock.

Ergot alkaloids affect a multitude of systems in the human body including the circulatory, immune response and nervous systems and can cause a drastic change in blood pressure, sleeping cycles and immune response as well as hallucinations, gangrene, muscle contractions and reduced fertility, according to sciencedirect.com.

In dairy cattle the hind legs are the first to show symptoms of lameness and body temperature, pulse and respiration increase quickly.

Within about a week gangrene sets in and the affected body parts which can also include the ears and tail are sloughed. In sheep much the same symptoms occur in addition to intestinal inflammation, ulcers on the mouth and convulsions.

In swine, the ear and tail tips are affected and the pigs lose weight merckvetmanual.com tells us. Chickens are also susceptible with gangrene, facial disfiguration and ulcers on the feet and toes.

Ergotism was rampant in the Middle Ages and St. Anthony of Egypt who lived between 251AD and 356AD was the inspiration for the founding of The Order of Hospitallers of St. Anthony near Grenoble, France in about 1100AD. 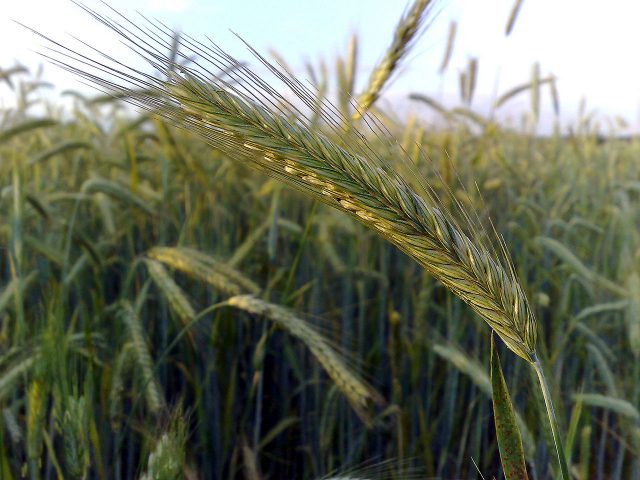 Those who suffered from the disease made their way to the monks because it was believed that fervid prayer to St. Anthony as well as treatment from the monks would cure them.

According to uh.edu, in 1976 Dr. Linnda Caporael, a professor at Rensselaer Polytechnic Institute in the department of Technical Studies and Science published a paper on her hypothesis that Ergotism may have been the cause of the Salem witch trials in 1692.

Prior to this time there were accusations of witchcraft but most were dismissed after logical reasons were found to have caused the accusation. In 1691 two or more girls including the daughter of a minister came down with a “distemper” that caused disorderly speech, convulsive fits and odd postures.

As doctors at the time had very little real medical knowledge, they decided the girls were bewitched. Not long after the girls started accusing people of the town with witchcraft.

The town had suffered a severe winter and a damp spring, perfect for the growth of ergot fungus which spread easily to young people with undeveloped immune systems.

This theory is disputed by a student from George Washington University who worked as a tour guide in Salem in 2011. Salemwitchtrialsresearch.wordpress.com tells us that the symptoms of ergotism were not as clear as Caporael maintained and the girls who were afflicted easily showed symptoms in the courtroom but when away from the judges they acted fine.

As the authorities were focused on punishing witches, other causes for the girls’ strange behavior were dismissed. Some believe it was more the cause of hysterics caused by tension and a possible smallpox outbreak nearby.

The debate over the causes of the Salem trials still goes on with some people embracing the theory of Ergotism while others don’t even broach the subject because they believe there is inadequate proof.