It has recently come to light that the leading ladies of And Just Like That, Sex and the City’s reboot, are basically the exact same age as the leading ladies in The Golden Girls – a fact that has completely blown our minds! After learning this tidbit, it’s clear that the only difference between the Golden Girls and the Sex and the City ladies is how they style their hair. 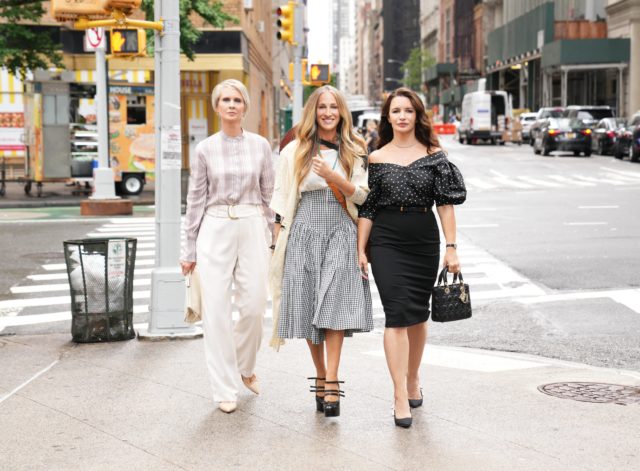 In the first season of Golden Girls, it is revealed that Rose (Betty White’s character) was 55. After some careful math, viewers also figured out that Dorothy (played by Bea Arthur) was supposed to be 53. Blanche (played by Rue McClanahan) was thought to be around 47 years old in the first season of Golden Girls. The oldest character in Golden Girls is Sophia (Estelle Getty), who is thought to be about 80 years old at the start of the series. However, this older age makes sense because Sophia is Dorothy’s mother.

On the other hand, Carrie (Sarah Jessica Parker) is 55 in Just Like That, while Miranda (Cynthia Nixon) and Charlotte (Kristen Davis) are both supposed to be 54 years old. In the original Sex and the City, Samatha Jones (Kim Cattrall) was in her late 40s/ early 50s, but Cattrall decided not to be a part of the reboot. If she had returned, her character would have been in her sixties. 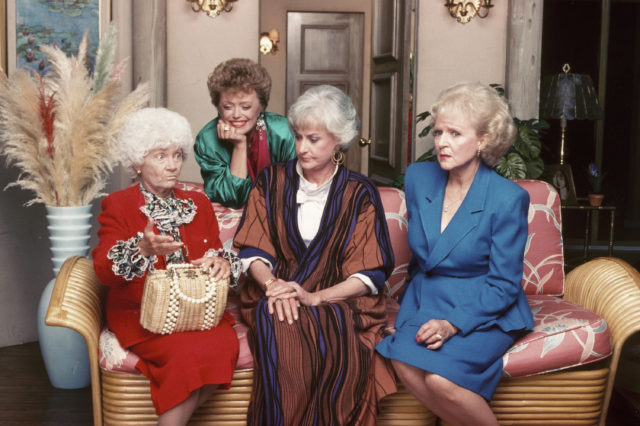 So why do the ladies in Golden Girls seem so much older than the characters in And Just Like That, even though they’re all supposed to be around the same age? Clearly, the wardrobe and hairstyles in each show are extremely different from each other. The women in The Golden Girls all have white, short hair styled in a way we often associate with older individuals. The Golden Girls are also dressed in cardigans or long dresses, similar to the outfits we would find in our grandmother’s closet.

On the other hand, the women in And Just Like That dress in a trendy, modern style. Their hair also hasn’t greyed (or is colored), and they style their hair in a more contemporary way. 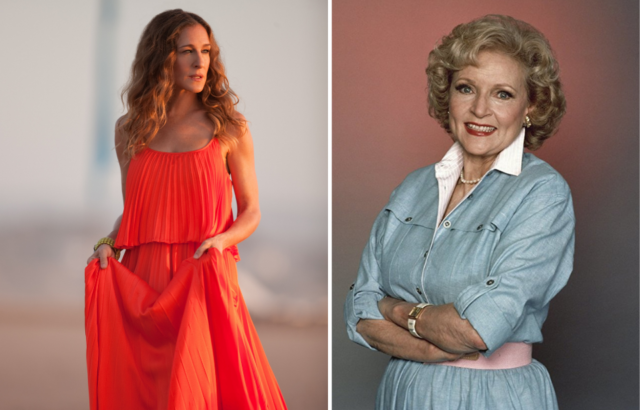 Social norms regarding women in their fifties have also changed since Golden Girls premiered. When the show hit TV screens in the 1980s, society believed that women in their 50s were more grandmotherly, and ready for retirement. In 2022, we no longer believe that women need to lose their purpose once they hit the big 5-0. We assume that middle-aged women continue to live their lives – working, partying, being mothers, or hanging with their friends. As such, this social belief is shown on our screens in the Sex and the City reboot, whereas Golden Girls portrayed societal norms of the 1980s.