Here’s What Happened to Our Favorite Stars of 1960s Television

The 1960s were easily the golden age of television, with such favorites as Gilligan’s Island, Batman, Maverick and The Dick Van Dyke Show. Here’s what some of its biggest stars got up to after their shows ended; some went on to have storied careers, while others chose a different direction. 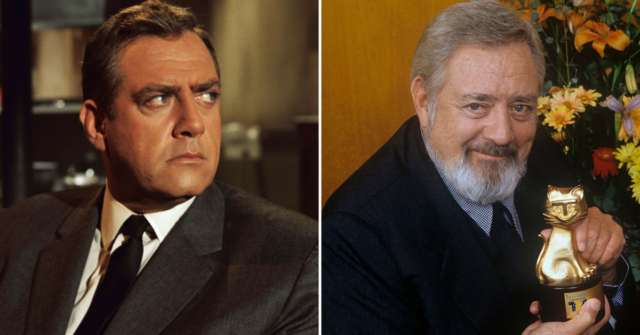 Raymond Burr is best known for starring as the titular character in the Perry Mason franchise and as Robert Ironside in the nearly decade-long series, Ironside. Easily one of the most successful actors of the 1960s, he used his earnings for philanthropic reasons and is said to have fostered some 26 children, many of whom had medical needs.

Burr died of cancer in 1993, after which the details of his life fell under scrutiny. It’s alleged many of the publicly-known aspects of his life are unverified, including the injury he claimed to have suffered in Okinawa during World War II and his claims of being widowed twice. 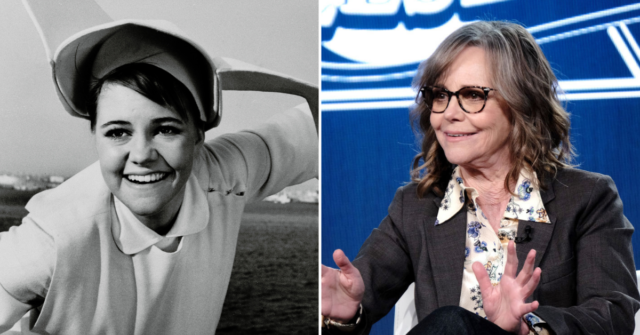 Sally Field has had one heck of a career. Those who grew up in the ’60s likely remember her for her roles in Gidget and as Sister Bertrille in The Flying Nun, while recent generations know her for starring in a host of popular films, including Mrs. Doubtfire, Forrest Gump and Steel Magnolias. During this time, she was married twice and had a relationship with Burt Reynolds.

Field continues to keep busy, despite being in her mid-70s. In 2012 and 2014, she starred as Aunt May in The Amazing Spider-Man, and most recently appeared in the AMC television series, Dispatches from Elsewhere. 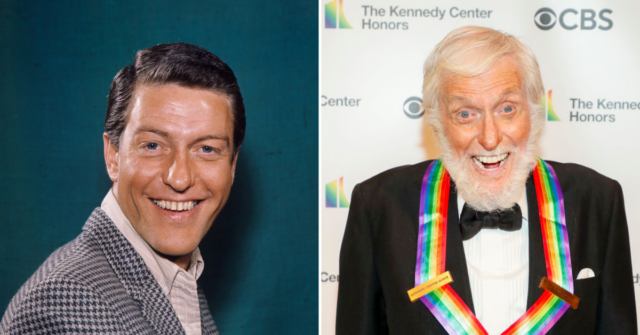 We honestly don’t know where to start with Dick Van Dyke – the guy is a Hollywood legend! He’s built an empire that includes a host of movies – Marry Poppins, Chitty Chitty Bang Bang, Night at the Museum – as well as his own television show! His humor is second to none, and he is one of the most storied actors ever.

Today, Van Dyke is 96 years old and, if you ask us, he doesn’t look a day over 85. His last acting credit was as Hopscotch The Sasquatch in Showtime’s Kidding, and he is scheduled to star as James Archer in the upcoming film Capture the Flag, about veterans who play the beloved children’s game to gain the privilege of raising the American flag each morning. 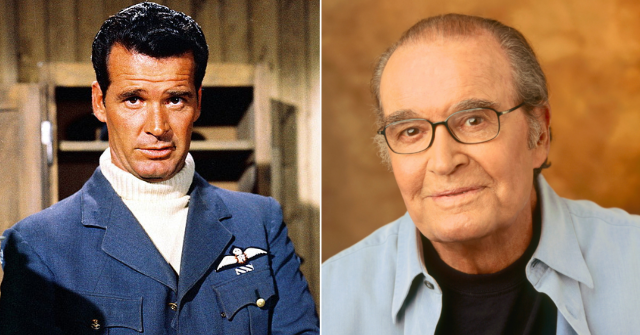 James Garner was one of the old Hollywood stars who dutifully fought for their country, joining the Merchant Marines during WWII and serving with the US Army in the Korean War, for which he was awarded two Purple Hearts. He began his acting career in 1955 as Lieutenant Brad Forsythe in the pilot episode of Cheyenne, and later gained notoriety for playing the titular character in Maverick, which ran from 1957 to 1962.

Garner was a television and silver screen staple and continued to act up until his death in 2014.  Newer generations know him for playing Jim Egan on 8 Simple Rules… for Dating My Teenage Daughter, a young adult comedy that aired on ABC from 2002 to 2005. 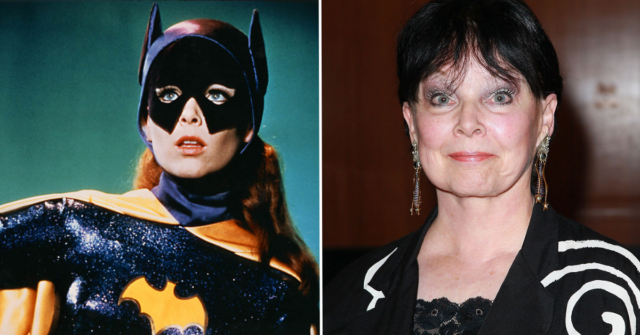 Yvonne Craig’s roles during the 1690s lent themselves to the Huffington Post dubbing her “a pioneer of female superheroes” on television. She is best known for portraying Batgirl in the 1966 Batman series, and later went on to star as Marta in an episode of Star Trek. She actually had no intention of getting into acting when she moved to Hollywood, with aspirations of becoming a professional ballet dancer.

Craig continued acting throughout the 1960s and ’70s, after which her credits begin to grow sparse. After leaving Hollywood, she began a real estate broker, and died of cancer in 2015, at the age of 78. 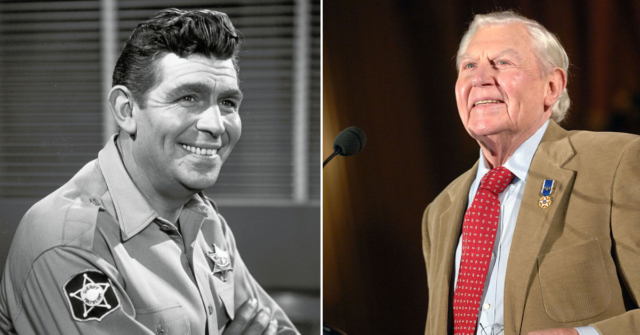 The Andy Griffith Show is one of the most popular television series of all time, but did you know it almost didn’t exist? While in college, its namesake Andy Griffith initially studied to be a Moravian priest, before switching to music and later going on to teach drama. Following the show’s success, he once again starred as a titular TV character, this time in the 1980s series Matlock.

In his later years, he suffered various health issues. In April 1983, he was diagnosed with Guillain-Barré Syndrome and was paralyzed from the knees down for seven months. Nearly 20 years later, he underwent a quadruple bypass, and in September 2007 had a hip replacement. Griffith passed away from a heart attack on July 3, 2012, at the age of 86. 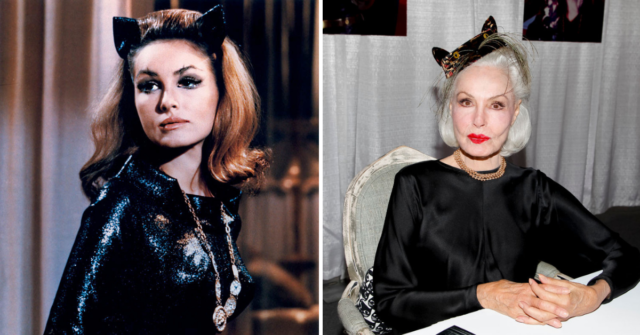 Julie Newmar is not only an actress, she’s also one heck of an entrepreneur and businesswoman! In the 1960s, she starred as Catwoman in Batman and it’s the role she’s most remembered for to this day – so much so that she makes appearances at various conventions.

Outside of acting, Newmar has pursued other ventures. Not only is she an investor in the Los Angeles real estate market, she also holds two patents: one for a brassiere, said to be in the style of Marilyn Monroe, and another for pantyhose. She’s also an advocate for LBGTQ+ rights, having received the lifetime achievement award in 2014 from Lesbian & Gay Elder Housing. 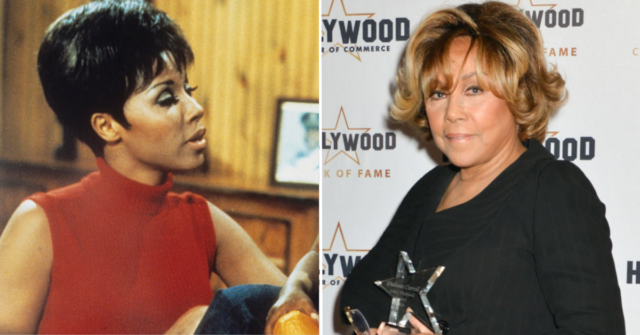 Diahann Carroll is considered a trailblazer when it comes to African Americans appearing in prominent television roles. Some of her earliest acting credits include the movies Porgy and Bess and The Man on the Moon, but she is best known for starring as the titular character Julia Baker in Julia, which aired from 1968 to 1971. Following Julia, Carroll continued to be a mainstay of TV and film, appearing in A Different World, Eve’s Bayou and White Collar.

In 1959, Carroll embarked on a nine-year affair with fellow actor Sidney Poitier. Outside of acting, she was a founding member of the Celebrity Action Council, a group of celebrities working with the women’s outreach of the Los Angeles Mission. She passed away in October 2019 at the age of 84. 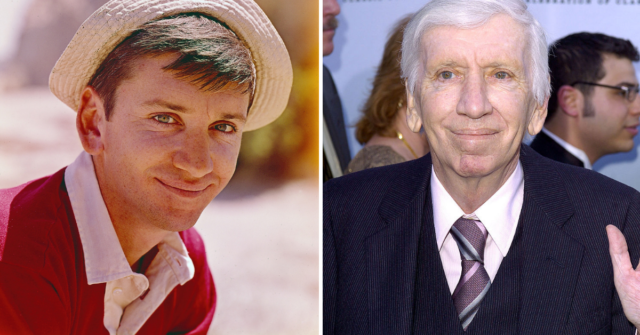 Bob Denver’s most famous role was as Gilligan in Gilligan’s Island, before which he played Maynard G. Krebs on The Many Loves of Dobie Gillis. Outside of television and film, fans could catch him on Broadway, where he appeared in Play It Again, Sam.

In February 1971, Denver was arrested for possession of marijuana and drug paraphernalia, to which he pleaded no contest. He once again faced drug charges in 1998, this time for having marijuana delivered to his house. As with the 1971 charges, he pled no contest. Denver was also a heavy smoker, and passed away in September 2005 from pneumonia after undergoing surgery for throat cancer. 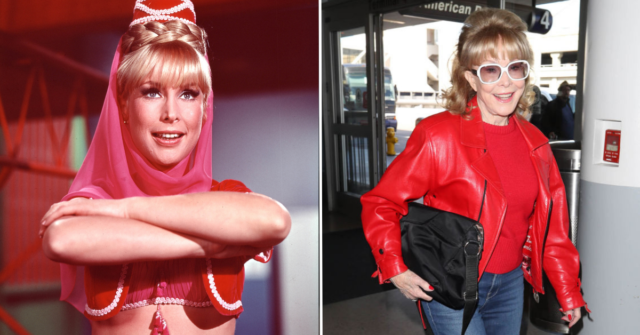 Barbara Eden is one of the most recognizable faces of the ’60s, thanks to her leading role in I Dream of Jeannie. The show was a hit for several seasons, until fans grew upset over her and Larry Hagman’s characters’ marriage in a 1969 episode, leading to its cancellation a year later. After this, she sporadically made appearances in film and on TV.

Eden last made headlines in 2011 with the release of her memoir, Jeanie Out of the Bottle, wherein she discussed her upbringing, her rise to fame, her many marriages and her mental state following the overdose death of her son, Matthew Ansara, in 2001. 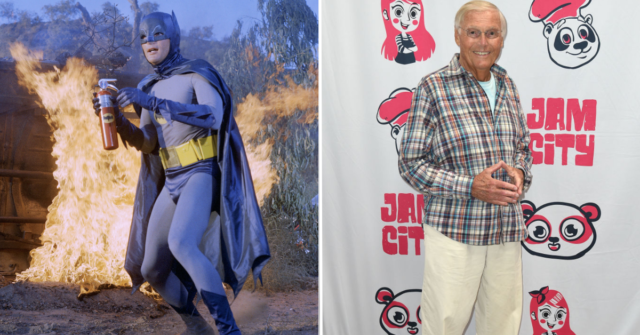 Adam West will always be known as the caped crusader, Batman. Along with appearing as the DC superhero in the 1966 TV series, he also starred in The Detectives, The Outlaws Is Coming, The Girl Who Knew Too Much and Robinson Crusoe on Mars – and that’s only skimming the surface of his decades-long career.

Along with reprising his role as Batman in various animated series over the years, West lent his voice to characters in Family Guy and The Fairly Odd Parents. He also made it a point of being a regular guest at numerous conventions, including Comic-Con. Never slowing down, he passed away on June 9, 2017, aged 88.

More from us: Child Stars Of The ’70s: What Happened To Them After Fame? 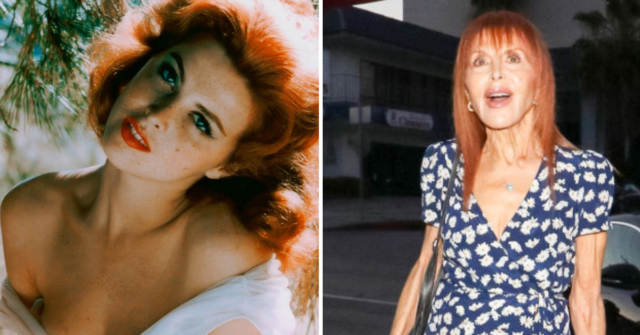 Tina Louise’s career kicked off in 1958 with her Golden Globe-winning appearance in God’s Little Acre, but she is best known for starring as Ginger Grant in Gilligan’s Island. Despite this, she refused to appear in any of the Gilligan’s Island television reunion specials. After a host of comedic roles, she tried to switch up her image and delved into darker content, with cameos in Kojak and Nightmare in Badham County.

Prior to becoming a television star, Louise released a musical album, It’s Time for Tina, and she is a three-time author. She’s since become an advocate for children’s literacy, donating a portion of the proceeds from her book, When I Grow Up, to literacy programs.