Vintage Hollywood is often thought of as the golden era of movies. However, the facade of Hollywood’s celebrated golden era often hid some pretty sinister secrets. Here we take a look at a few of the most unsettling facts surrounding some of old Hollywood’s most famous actors and actresses. 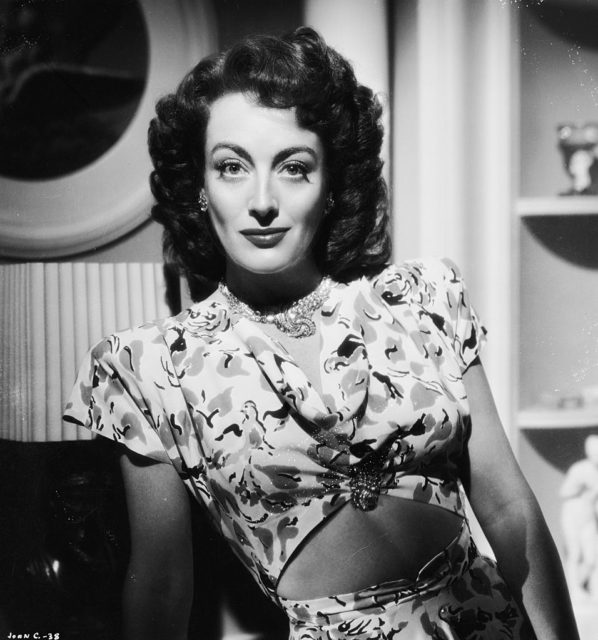 Joan Crawford was renowned for her beauty as a Hollywood actress. One of her most notable features was her eyes, which always seemed to sparkle. To achieve this look, Crawford would soak her eyes once a week in boric acid. In her 1971 autobiography, My Way of Life, Crawford wrote that once a week, she would steam her face, apply a mask, and soak her eyes in acid. She instructed, “while the masque is working, place pads soaked in witch hazel and boric acid over your eyelids and put on your favorite music.”

Boric acid is a weaker acid that is typically used as a stain remover or an insecticide. It should go without saying that one should not soak their eyes in this stuff. 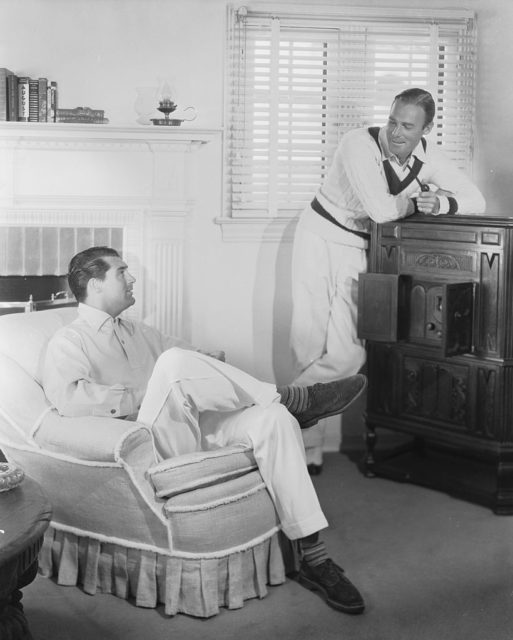 The world was much more conservative throughout the twentieth century. As such, Hollywood studios introduced “moral clauses” in their contracts with actors. These clauses allowed for the film studies to discontinue their actors’ salaries if “they forfeit the respect of the public.” Homosexuality was deemed an unacceptable behavior, and as such, the sexuality of many golden-era actors and actresses was hidden under sham marriages.

The issue with sexuality and sham marriages for the historian is that many assumptions are based on speculation and rumors. The best-known example of a sham marriage was when actor Rock Hudson married his agent’s secretary, Phyllis Gates. According to Hudson’s biography, a magazine had plans to publicly out him, so he knew that he had to get married fast. Although Hudson never came out publicly, his sexuality became known in the later parts of his life. He died of AIDs in 1985 when he was 59 years old. 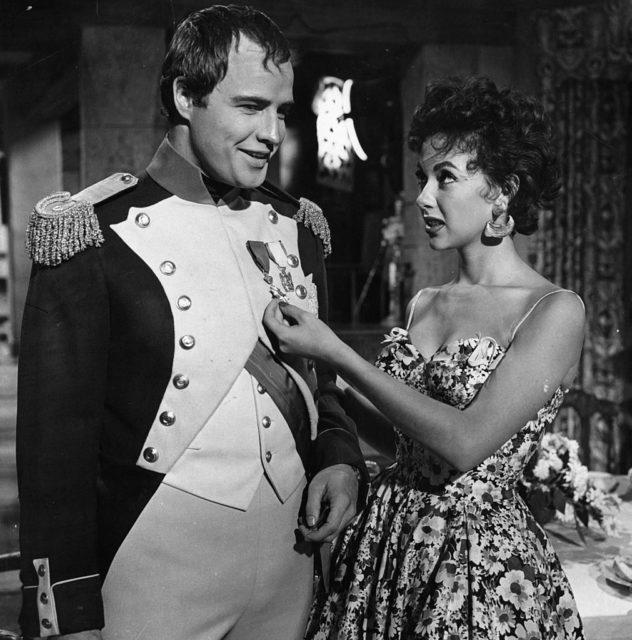 Actress Rita Moreno and actor Marlon Brando dated for eight years, but during that relationship, Brando was constantly cheating on Moreno. One time, she found lingerie at Brando’s house and was devastated to learn that he had been cheating on her. So, when Elvis Presley’s agent called Moreno up asking if she would be interested in going out with Elvis, she decided to make Brando jealous.

In 2018, Rita Moreno revealed that “Elvis was sweet but boring.” However, her tactic worked, because “when Brando found out, it didn’t take long. He started to throw chairs. He was so angry. It was wonderful. And I just sat there as he threw chairs and carried on.” We aren’t sure what is worse – being cheated on or using someone to make someone else jealous. All we know for sure is that navigating love in Hollywood must be very difficult! 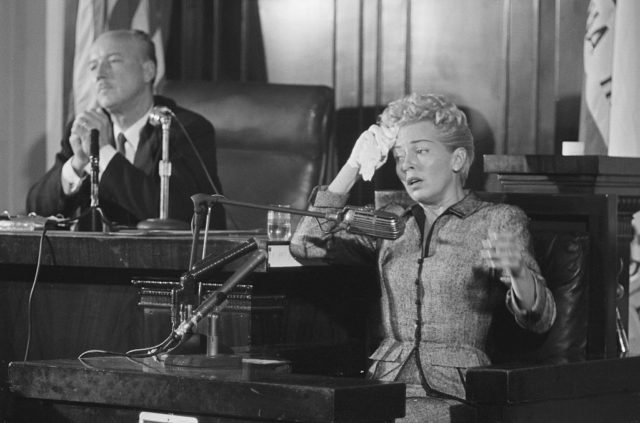 Showing the strain, actress Lana Turner appears on the verge of collapse as she testifies at the inquest into the death of Johnny Stompanato, who was killed by her 14-year-old daughter. (Photo Credit: Bettmann/ Getty Images)

Lana Turner had been one of the biggest stars in Hollywood when her 14-year-old daughter stabbed and killed her boyfriend in 1958. In the mid-1950s, Lana Turner began dating mobster Johnny Stompanato, who was extremely abusive toward Turner.

On April 11, 1958, Turner’s daughter, Cheryl Crane, heard Stompanato threaten her mother physically. After hearing this, Crane stabbed Stompanato in the stomach. He died from his abdomen wounds.

Lana Turner testified at her daughter’s trial, revealing how possessive and abusive Stompanato was. A 12-member jury reached a unanimous verdict of justifiable homicide, and Cheryl Crane was released without trial. 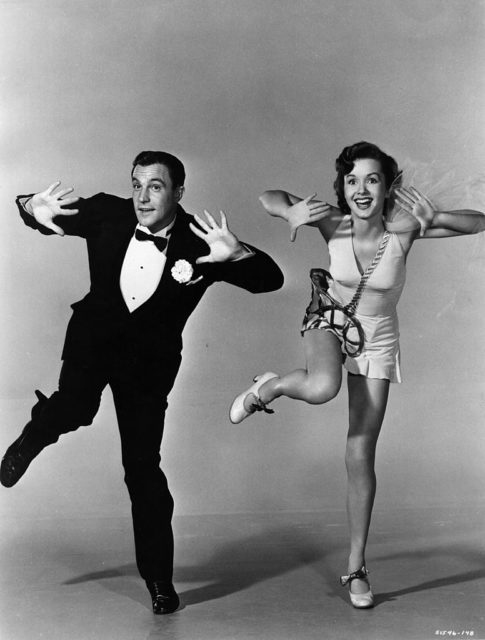 Debbie Reynolds was only 19 when she starred alongside actor and dancer Gene Kelly in Singin’ In The Rain. Kelly was 20 years older than Reynolds and was classically trained in ballet, while Reynolds had no training in dance. In her 2013 memoir, Unsinkable, Reynolds wrote that “He [Kelly] criticized everything I did and never gave me a word of encouragement.” One day, Fred Astaire found Reynolds hiding under the rehearsal piano in tears because she was so frustrated.

Charlie Chaplin was a predator 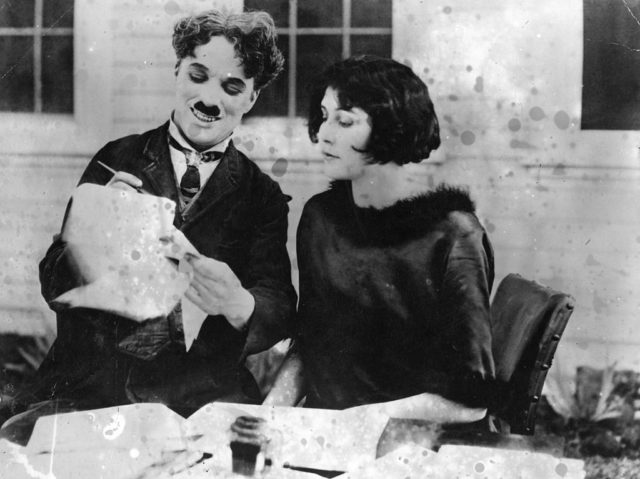 Charlie Chaplin is often remembered as one of the most important figures in film history. However, many people don’t realize that Chaplin was a predator who preyed on young, teenage girls. In 1918, when Charlie Chaplin was 29, he married his 16-year-old costar Mildred Harris after she thought she was pregnant with his child.

In 1920, Chaplin and Harris divorced and Chaplin married a woman named Lita Grey, who was 16 years old when she married 35-year-old Chaplin in 1924. The two had an extremely unhappy marriage, and during a very public, very messy divorce, Lita revealed Chaplin’s abusive behaviors to the public.

In 1932, Chaplin began dating 22-year-old actress Paulette Goddard. Eventually, they married, but divorced after seven years. Chaplin’s fourth and final wife, a woman named Oona O’Neill, was 35 years younger than him. The pair married in June 1943, only one month after O’Neill turned 18.

Natalie Wood had a terrible mother 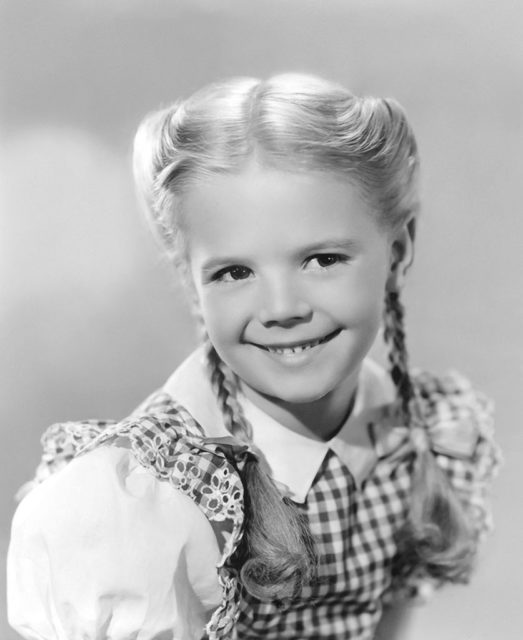 Natalie Wood’s very short life was tarnished by show business. Natalie was pushed into the limelight at age five by her mother, Maria Zakharenko. Zakharenko would stop at nothing to make sure her daughter succeeded in Hollywood. For example, when Wood was working on Tomorrow Is Forever (1946), she was unable to cry on demand. According to reports, Zakharenko took Wood aside and tore a live butterfly in front of the young child. Natalie was then sent back to the set, where she was so hysterical from seeing her mother kill a butterfly that she was able to finish the scene she had been struggling with.

Frank Sinatra had a terrible temper 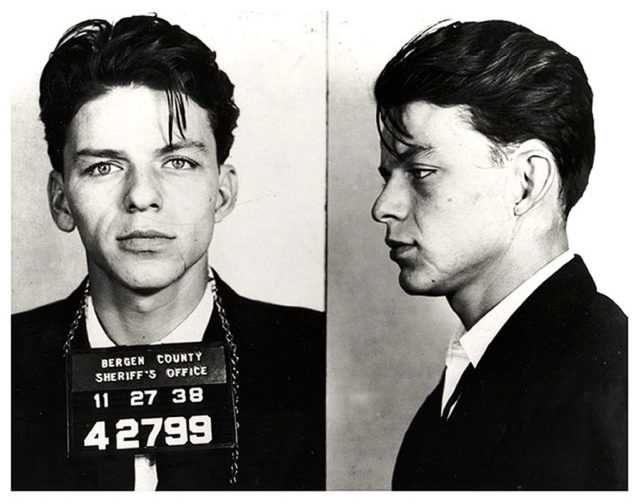 Pop singer Frank Sinatra poses for a mug shot after being arrested and charged with “carrying on with a married woman” in 1938 in Bergen County, New Jersey. (Photo Credit: Michael Ochs Archives/ Getty Images)

Frank Sinatra has been famously remembered as one of the best crooners of all time, but had also had a famously terrible temper. His wife Barbara once stated that there was a “Jekyll and Hyde aspect to Frank,” while he stated about himself that he was “an 18-carat manic depressive.”

Stories of Sinatra’s awful temper are everywhere. In 1948, he punched New York Mirror journalist Lee Mortimer, whom Sinatra supposedly hated. He also allegedly stopped being friends with Bing Crosby after JFK decided to stay at Crosby’s house rather than Sinatra’s. Talk about a short fuse! 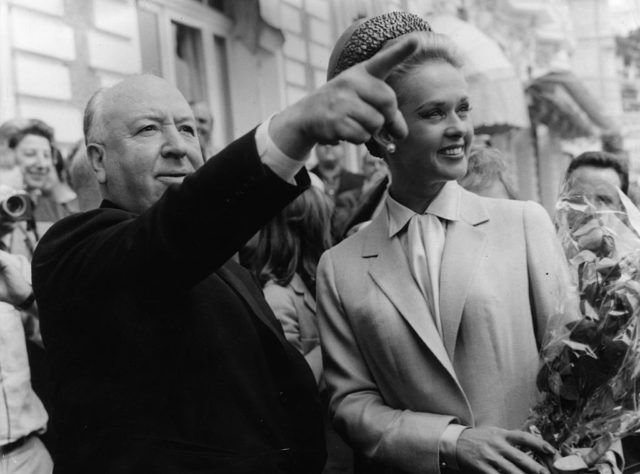 While filming The Birds, Alfred Hitchcock promised his muse, Tippi Hedren, that they would use mechanical birds to film the famous bedroom scene in the 1963 thriller. However, on the day they were set to film the scene, Hedren was informed that real birds would be used. For five days, she had to endure real-life birds endlessly pecking at her.

More from us: Judy Garland was Called a “Pig in Pigtails” and Forced to Starve Herself

Surprisingly, this wasn’t the worst abuse Hedren had to endure while filming The Birds. In her 2016 memoir, Tippi, Hedren recalls Hitchcock stalking her house and trying to kiss her in the back of his limo against her will. She also revealed that on the set of their next movie, Marnie, Hitchcock installed a door that connected his office to her dressing room.

« 11 ‘Then and Now’ Pictures That Prove Not Much Has Changed in the World
TV Shows That Turned the Big Five 0 in 2022… Feeling Old Yet? »