Chris Evans is known for playing Captain America. And it seems he won’t be straying too far from the playbook of US icons for his next major role. A Gene Kelly film is reportedly in development, with Evans starring as the light-footed wonder.

While this sounds like a biopic, the truth is a bit more creative. Evans himself has conceived a story about a young boy working in early 1950s Hollywood. According to Deadline, who broke the story, he has “an imagined friendship with the legendary movie star Kelly while working on his next film.”

John Logan (Gladiator) is on board as writer and producer, with Rian Johnson also producing. Evans worked with Johnson when he directed Knives Out. Johnson’s T-Street Productions (which he runs with Ram Bergman) are behind the project. Mark Kassen is also listed as producer, alongside Evans.

To this day, Gene Kelly is held up as a defining figure of musical performance in the movies. He first dazzled audiences in 1942’s For Me and My Gal with Judy Garland. On the way, he released such classics as On The Town (1949), where he co-starred with Frank Sinatra and Jules Munshin as singing sailors. 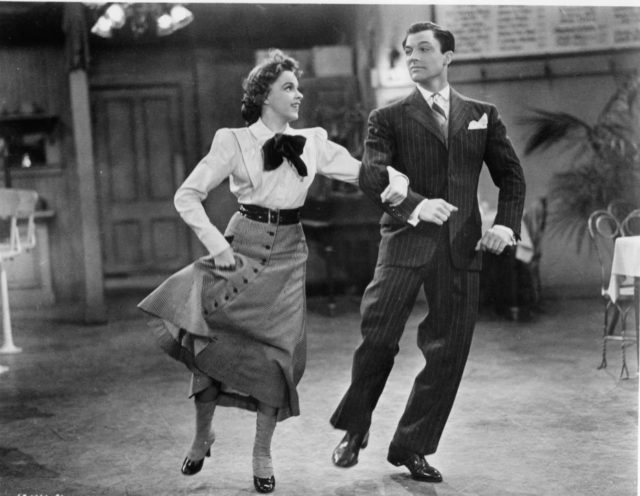 Judy Garland dances with Gene Kelly in a scene from the film ‘For Me And My Gal’, 1942. (Photo Credit: Metro-Goldwyn-Mayer/Getty Images)

Kelly also co-directed with Stanley Donen. The pair teamed up later for the unmistakable Singin’ In The Rain (1952). Kelly took an innovative approach to screen musicals and is credited with broadening the scope of Hollywood choreography into areas such as ballet.

He worked all the way up to 1980 and the offbeat musical Xanadu, starring Olivia Newton-John. It wasn’t a hit but introduced Kelly to a new generation of viewers.

What led to his meteoric rise through the world of movie movement? Seems the young Kelly had romance on his mind! “At that time, dancing was the only way you could put your arm around the girl” he revealed. “Dancing was courtship.”

From MCU to MGM

MGM Studios provide the backdrop to the picture, but Evans is more used to the Marvel Cinematic Universe. Plus, it isn’t just Captain America who’s interested in Hollywood’s Golden Age.

Evans’ fellow Avenger Spider-Man, aka Tom Holland, has recently confirmed his involvement in a Fred Astaire biopic. Whereas we aren’t sure what Evans is like on his feet, Holland has form.

A breakthrough role was in Billy Elliott the musical, where tap dancing became a daily routine.  “It’s something I’ve done for a very, very long time so it’s something I’m sure I’ll be able to pick up” he said, quoted by Variety.

Kelly was an admirer of Astaire’s, stating that he promoted the idea of dancing as a male pursuit. That said, he believed they came from different backgrounds.

“If Fred Astaire is the Cary Grant of dance, I’m the Marlon Brando” he said at one point.

Did the dynamic duo ever cross paths onscreen? That happened both early on and late in the day. Ziegfeld Follies (1945) was the first time. Then in 1976 they met up for the compilation classic That’s Entertainment II. 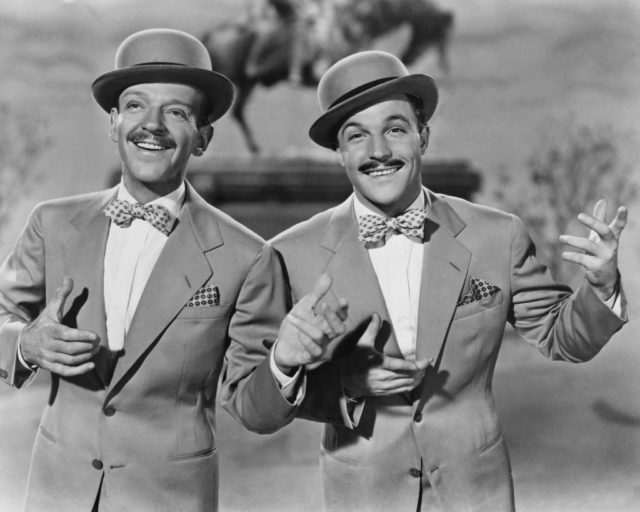 Evans and Holland aren’t alone in the Golden Age stable. Over in the DC Universe, Wonder Woman star Gal Gadot is playing actress and inventor Hedy Lamarr for a series set to stream on Apple TV +. 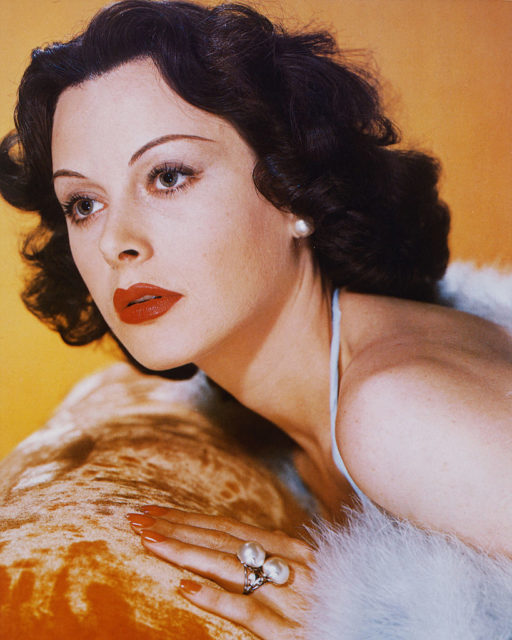 Last November, Gadot wished Lamarr (who died in 2000) a happy birthday, tweeting: “I’m so fascinated by this moving actress, ground-breaking inventor and overall inspiring woman, and I cannot wait to share with you her story.”

More from us: The Quirkiest Stars of Classic Hollywood Revealed

It’s difficult to tell what Kelly, Astaire and Lamarr would have made of these casting choices. But seeing as they’re played by superheroes Captain America, Spider-Man and Wonder Woman respectively, they might not be too concerned.