The Mystery Of JFK’s Missing Brain

Among the many major historical events surrounded by controversy, the assassination of President John F. Kennedy stands out. Details about the former president’s assassination continue to perplex both the public and historians even today, but there is one piece of the puzzle that is often overlooked – the mystery of JFK’s missing brain.

Weirdly enough, the public is fascinated by the brains of high-profile individuals. Perhaps this is because people believe the brain is the key to unlocking the secrets of brilliant, talented, and influential people. For example, Albert Einstein’s brain was removed and studied by pathologist Thomas Harvey after his death in 1955. 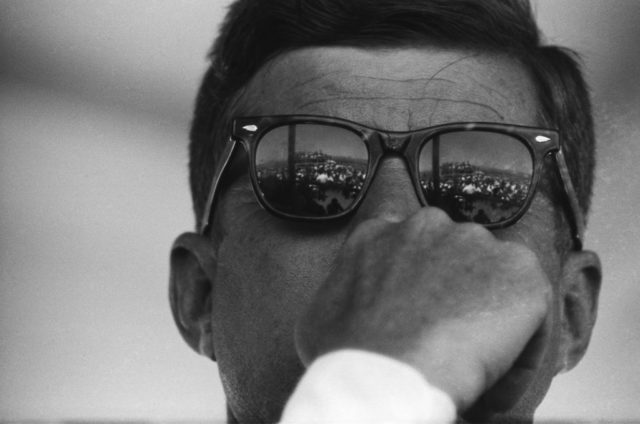 President John F. Kennedy reflects the crowd in his Ray-Ban sunglasses during the groundbreaking ceremony for the Dan Luis Dam on August 18, 1962, on the Pacheco Pass between Los Banos and Gilroy, California. (Photo Credit: Michael Ochs Archives/ Getty Images) 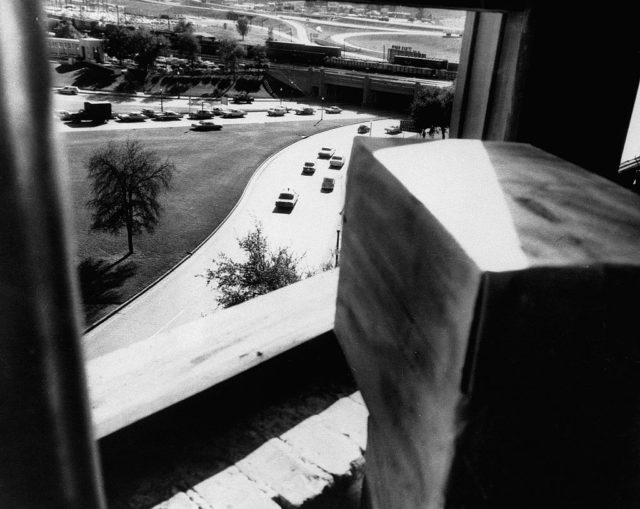 Like these public figures, people were also interested in studying JFK’s brain – not only for his brilliance but also to prove from which direction he was shot. Conspiracy theorists believe that finding JFK’s brain could prove that the late president was not shot from the back by Lee Harvey Oswald, as concluded by the Warren Commission.

We knew where JFK’s brain was for a few years

After JFK was killed on November 22, 1963, his body was flown back to Washington, D.C. Jackie Kennedy had wanted her husband’s autopsy to happen closer to home. She chose Bethesda Naval Hospital to perform the autopsy because President Kennedy had served in the Navy. The autopsy determined that JFK had been shot twice, from above and behind. 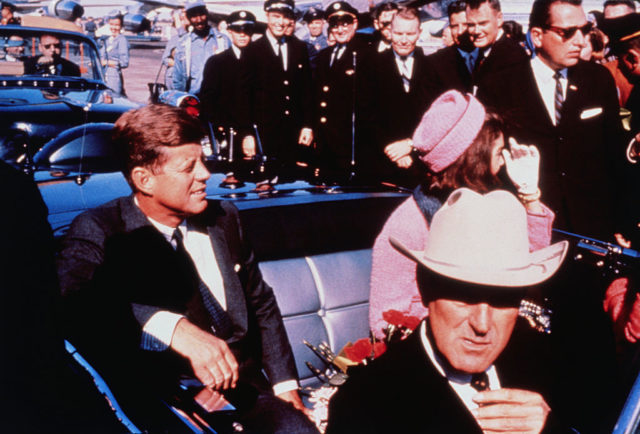 Texas Governor John Connally adjusts his tie (foreground) as President and Mrs. Kennedy, in a pink outfit, settled in rear seats, prepared for motorcade into the city from the airport. (Photo Credit: Bettmann/ Getty Images)

JFK’s brain was taken out of his skull and put into a jar during the autopsy. Former FBI agent Francis X. O’Neill Jr., who was present at the autopsy, recalls that “there was not too much of the brain left. More than half of the brain was missing.” In the official autopsy report, doctors noted that JFK’s brain was “removed and preserved for further study.” 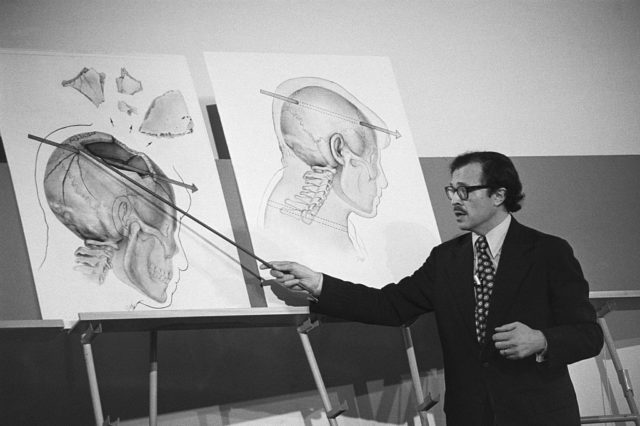 Dr. Michael Baden, chief medical examiner of New York City, uses drawing during testimony before the House Assassination Committee circa 1978 on the shooting of President Kennedy demonstrating the path of the bullet through Kennedy’s head. (Photo Credit: Bettmann/ Getty Images)

After it was removed, doctors placed JFK’s brain in a stainless-steel container with a screw-top lid. The container was then stored in a filing cabinet in the office of the Secret Service before it eventually was moved to the National Archives.

Once the brain was moved to the National Archives, it was placed in a secure room under the jurisdiction of JFK’s former secretary, Evelyn Lincoln, who was organizing his presidential papers.

However, by 1966, JFK’s brain, tissue slides, and other autopsy materials were nowhere to be found. A follow-up investigation headed by the Attorney General failed to identify the culprit or determine where JFK’s brain was.

No one knows for sure where JFK’s brain is located today. Many conspiracy theorists take the mystery of the former president’s brain as proof of a coverup. 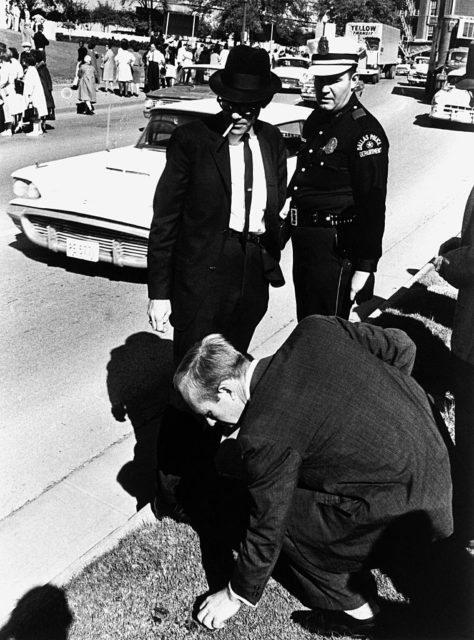 The official autopsy concluded that he was shot from above and behind – fitting with Lee Harvey Oswald’s position in the Texas School Book Depository. JFK conspiracy theorists believe that his brain would offer physical proof, based on the bullet entrance and exit points, that he had instead been shot from the front. To these conspiracy theorists, the fact that the brain is missing seems to prove a coverup.

However, the reality of the situation is much less sinister than covering up a plot to kill a president. In his book End of Days: The Assassination of John F. Kennedy, historian and lawyer James L. Swanson suggests that it was Robert Kennedy who took JFK’s brain. 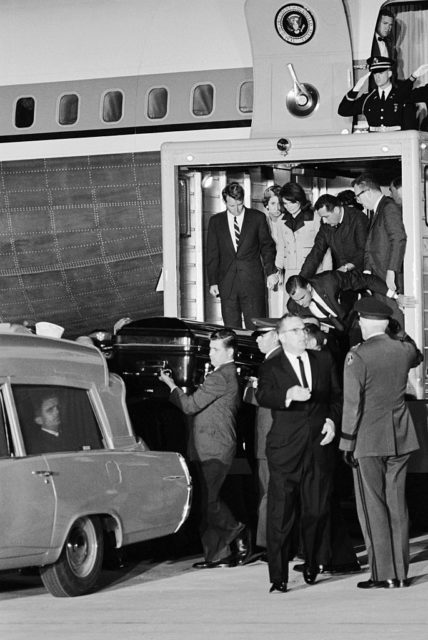 In 1972, forensic pathologist Cyril Wecht was permitted to examine the Kennedy autopsy records at the National Archives. It is worth noting that Wecht was a critic of the Warren Commission‘s conclusions, so he already held a bias regarding the JFK assassination. Included in the inventory that Wecht was hoping to look at were a “stainless steel container… containing gross material” and microscopic tissue slides. These items had been turned over to Evelyn Lincoln by JFK’s personal physician, George C. Burkley, in 1965.

However, when Wecht was conducting his research at the National Archives in 1972, he could not find the stainless steel container or the tissue slides, which indicated that the brain was missing. 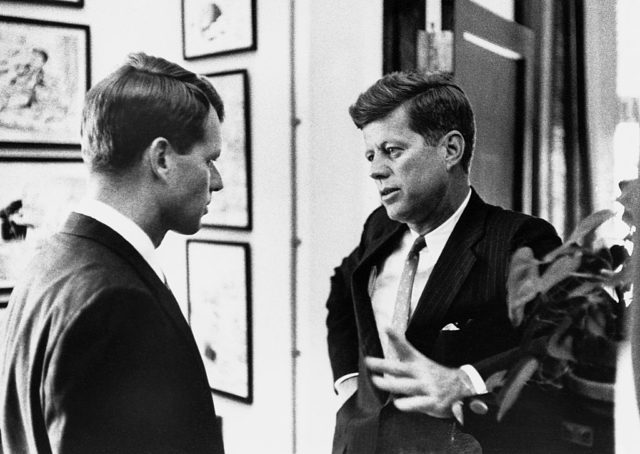 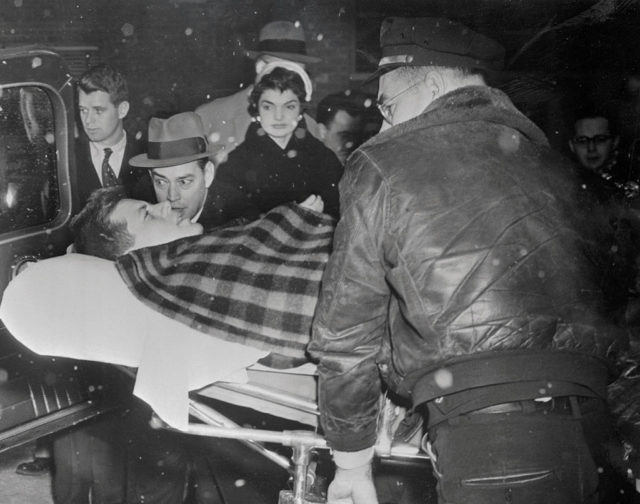 This conclusion makes sense, especially as JFK’s health issues have been revealed to the public since his death. Disclosed medical files show that  JFK was taking painkillers, anti-anxiety agents, stimulants, sleeping pills, and hormones to keep him alive and functioning during the last eight years of his life. In times of stress, doctors upped the doses to keep him going.

Part of JFK’s appeal to the public was his youthful, charismatic image. A young man wracked with health issues was not part of this image, and perhaps RFK didn’t want that to become part of his legacy.

More from us: The Ex-Army General Lee Harvey Oswald Tried To Kill Before JFK

Ultimately, we may never know what became of Kennedy’s brain, but one thing is for sure – its fate adds to the mystery of JFK’s assassination.

« Here’s What Happened to Our Favorite Stars of 1960s Television
Milky Smooth? Pull the Udder One! Dairy Danger in the 19th Century »