Jackie Kennedy’s Bodyguard Tells Us What She Was Really Like

Although the name Clint Hill may not be immediately recognizable, he has solidified his place in history. On the day of President John F. Kennedy’s assassination, secret service agent Clint Hill bravely jumped on the back of the presidential limousine to shield JFK and Jackie Kennedy from any more bullets. Although Hill will go down in history for his heroic actions on November 22, 1963, he was also close with First Lady Jacqueline Kennedy. Here we take an inside look at what Jackie Kennedy was really like, according to Clint Hill. 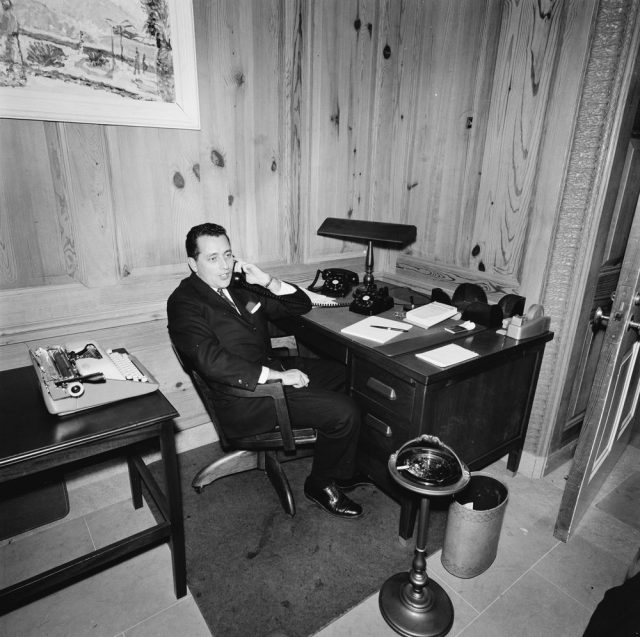 Clint Hill is a former United States Secret Service agent who served under five American presidents – Eisenhower, Kennedy, Johnson, Nixon, and Ford. Shortly after John F. Kennedy was elected as the next president of the United States, Hill was assigned as the personal bodyguard of Jacqueline Kennedy.

When Hill found out he had been assigned to Jackie Kennedy, he was “really disgusted.” According to Hill, “I didn’t want that assignment. I had seen what former First Ladies did. Fashion shows, tea parties, ballet school- I didn’t want any part of that.”

Initially, Hill assumed that his assignment to Jackie Kennedy would mean a “very boring life” that he was not interested in at all. However, Clint Hill was about to learn that “life with Mrs. Kennedy was going to be anything but dull.” 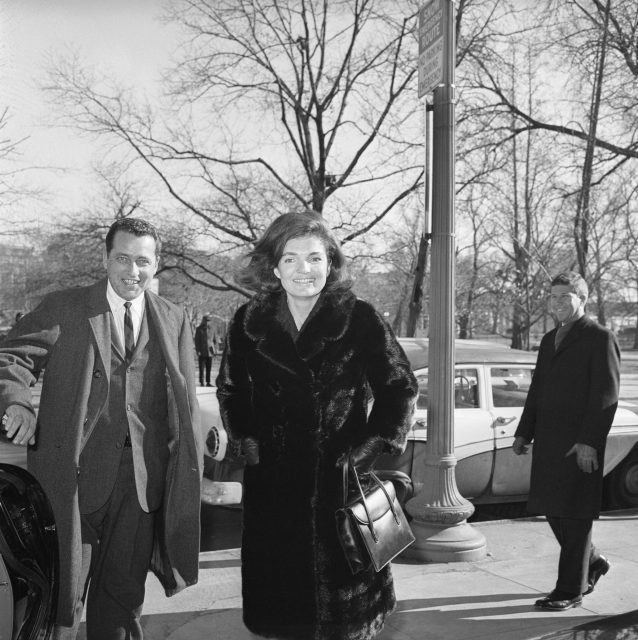 Although Jackie Kennedy revolutionized the role of the First Lady of the United States while her husband was in office, she never really had any major interest in politics. According to Hill, Jackie’s main priority was devoted to raising her two young children – Caroline and John Jr.

After John F. Kennedy became president, Jackie was concerned that her family’s privacy would be invaded, and she wouldn’t be able to live the type of life she wanted. According to Hill, Jackie was insistent that her children were raised normally while in the White House, saying, “she wanted her children to be brought up as normal children. Nothing special. The agents were to treat them as if they were just one of their own. If the kids fell down, they got up. You didn’t help them. They had to learn all this stuff on their own.” 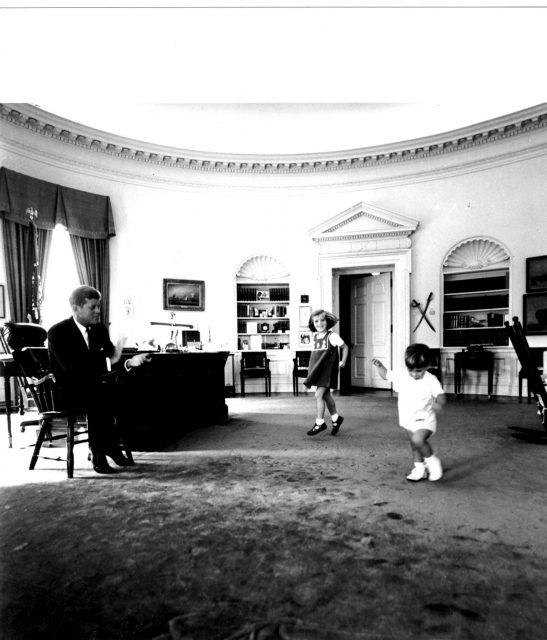 Although Jackie Kennedy wanted to shield her children from the press as much as possible, who could forget the adorable photos of John and Caroline playing with their father in the Oval Office? Clint Hill revealed that these photos only happened “when Mrs. Kennedy was out of town. The president would arrange for someone to come into the Oval Office and get a photograph of the children. But she never said too much about it afterwards, and I think she knew that’s what he was going to do. It was one of those things.”

She wasn’t afraid to use blackmail 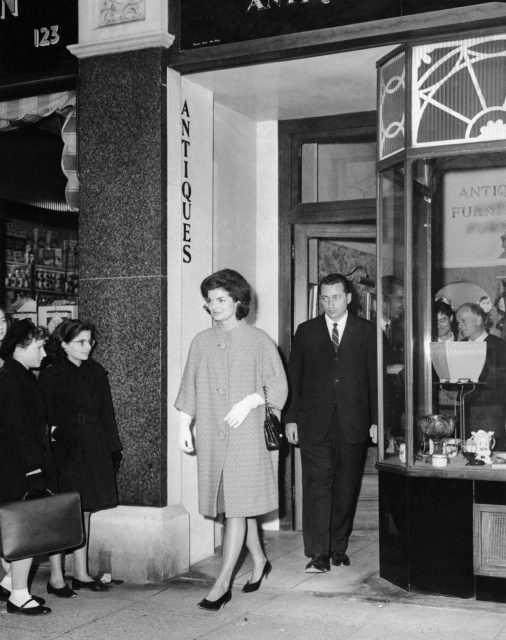 Okay, technically not blackmail in a vindictive way. During the summer months or while on vacation, when Jackie Kennedy was away from Washington, Clint Hill used to drive Jackie around in a station wagon. One time, the duo were driving “back to Rattlesnake Mountain. And it’s a dirt, winding road. And I’m driving along. And she’s sitting in the front seat with me. And I saw this turtle going across the road, but I couldn’t stop. I was too close, and I could-as I drove over it, I could hear the crunch of the shell as it cracked. And it was, ‘Mr. Hill, what have you done?’ You know, she just-And she never forgot that. She always remembered that I had killed that turtle. So, whenever she wanted to get to me, she’d bring that up.”

Speaking of vacations, the Kennedy family (and Clint Hill) typically spent Christmas and New Years in Florida, and Thanksgiving at the Cape. Although Clint Hill thoroughly enjoyed working with Jackie Kennedy and alongside her family, he was away from his own family about 80% of the time which he found very difficult. 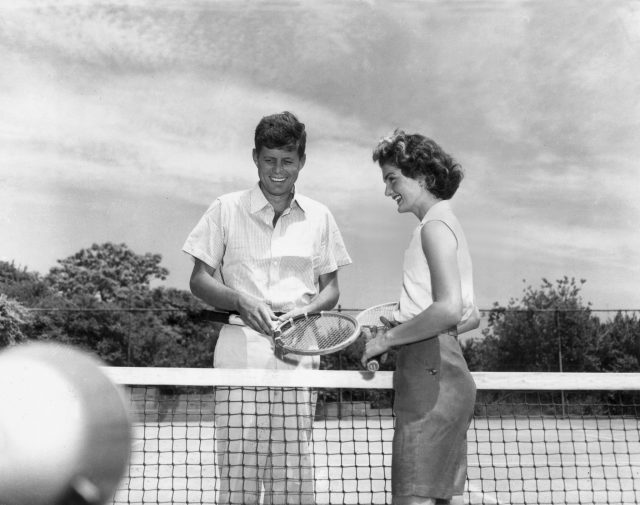 Although Jacqueline Kennedy is a fashion icon and is remembered for her groundbreaking style, she was also very athletic. According to Hill, “she loved to water-ski, loved to play golf, loved to play tennis, and walk. It kept me on my toes.”

In fact, Clint Hill has shared a few stories about how Jackie Kennedy taught him a few new sports. Hill was taught how to both waterski and play tennis by the former First Lady. Hill recalled one time Jackie asked if Hill would play tennis with her, to which he responded, “‘I’ve never played tennis. But I’ll give it a try.’ So one day, she met me at the south portico with two rackets and a bunch of balls. And down to the tennis courts we go. Of course, I was dressed in a suit. She told me that I wasn’t properly attired… We got to volleying once in a while back and forth. But eventually, after this happened about two or three times, different days she turned to me one day and said, ‘you know, maybe tennis is not your game.'”

Her perspective on the Cuban Missile Crisis

Thinking back to this July day in 1962 when President Kennedy got his sailboat stuck in the rocks and asked for my assistance. @SecretService prepared for all hazards. #JFK #tbt @JFKLibrary pic.twitter.com/l4Ff9p7lcw

The Cuban Missile Crisis was one of the defining moments of JFK’s presidency. Although Jackie Kennedy wasn’t directly involved in the process, her reaction to the entire ordeal is surprising. On October 17, 1962, Clint Hill told Jackie Kennedy that “In the event… a situation develops… where we don’t have time to leave the area, we would take you and the children into the [bomb] shelter for protection.”

However, before Clint Hill could elaborate more, Jackie Kennedy informed him that, “If the situation develops, I will take Caroline and John, and we will walk hand in hand onto the south grounds. We will stand there like brave soldiers and face the fate of every other American.”

Luckily, this scenario never came to pass, but after hearing this, Hill thought that should that occasion arise, “I would have picked her up, wherever we were, and into the shelter we would have gone. As long as I was responsible for her protection, nothing else mattered.”

He was with her when she had her third child, Patrick 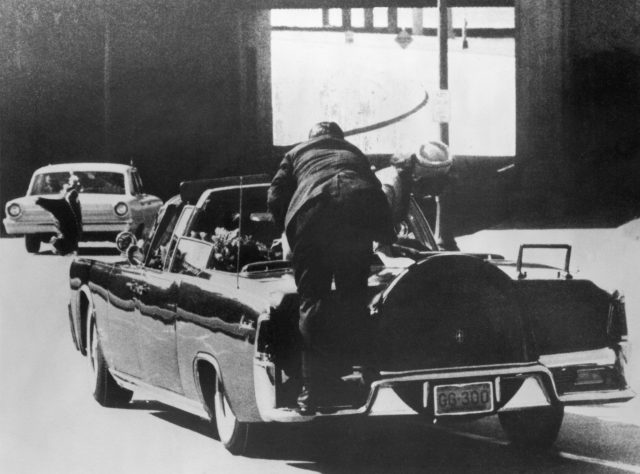 Clint Hill jumping on the back of JFK’s limo after he was shot on November 22, 1963. (Photo Credit: Bettmann/ Getty Images)

On August 7, 1963, Jackie Kennedy delivered her third child, Patrick Kennedy, who sadly would only live for two days. Surprisingly, Hill was with Jackie Kennedy when she had Patrick, even though it was his designated day off.

Hill got a call telling him that Mrs. Kennedy was going into labor, even though the baby wasn’t due for another five weeks. While at the hospital, Clint remembers “pacing back and forth, as if I were the expectant father, just as I had done when John was born two and a half years earlier.” Sadly, baby Patrick died only two days later from a serious lung problem. Clint Patrick was the one who arranged for baby Patrick to be baptized before his death.

Jackie Kennedy was extremely depressed after the passing of Patrick. As a result, she traveled with Clint to Greece where they vacationed on the yacht of Aristotle Onassis, who was seeing Jackie’s sister, Lee, at the time. Clint remembered that Jackie had a “wonderful time” on this vacation. 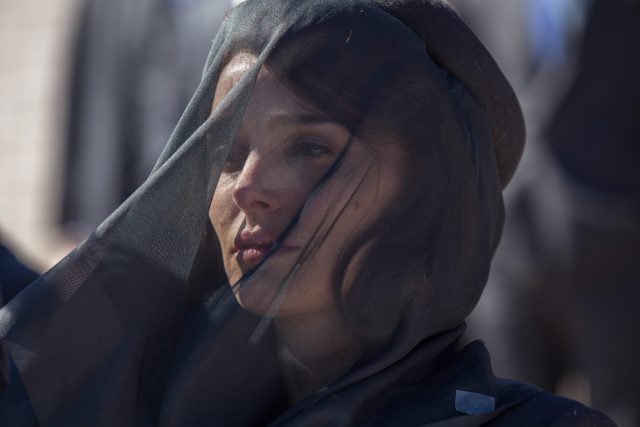 Hill “walked away” from the movie “shaking my head, because of the inaccuracies in the film. They made her seem like she was a chain smoker, when she was not- she did smoke but it wasn’t continuous.” Hill was also upset because “they invented that she drank heavily and she did not.”

In one scene after the assassination of President Kennedy, Jackie Kennedy (Natalie Portman) went up to Clint Hill (played by actor David Caves) and she was asking him questions about the assassination and what caliber of gun was used. However, Hill says that “that never happened.” In fact, Hill was not consulted at all when the film was being written, which he found strange because “from the time the assassination occurred through to the funeral, I was with her every waking moment.”

More from us: Jackie Kennedy wore her blood-splattered pink Chanel suit for the rest of the day after JFKâ€™s assassination

Clint Hill, however, did think that Natalie Portman did do a great job as Jackie Kennedy. “She did a remarkable job, especially in her speaking. I know that it had to have been very difficult and she must have worked very hard.”

« Some Historical Figures Predate Photography, But Thankfully These Ones Don’t
Ancient Roman Funerary Tombs, Terracotta Dog Uncovered Along the Via Latina »