While conducting a survey ahead of the installation of water pipes in Rome, archaeologists uncovered the remains of three structures belonging to a 2,000-year-old funerary complex. Of particular interest is the discovery of a statue that many believe resembles the Cowardly Lion from The Wizard of Oz. 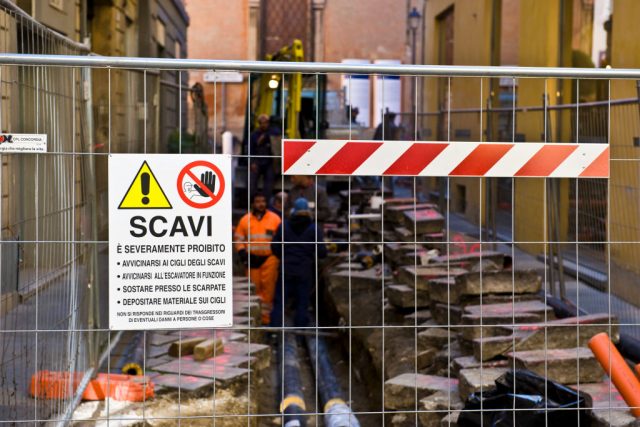 According to Daniela Porro, head of Italy‘s Superintendency of Archaeology, Fine Arts and Landscape, the complex is located in the Appio-Latino neighborhood, a mile south of the Porta Latina gate in the Aurelian Walls. It sits upon a concrete base, and was discovered approximately half a meter below ground, along the ancient Via Latina.

It’s believed the structures, which have been determined to be tombs, were erected between the first century B.C. and 100 A.D. They were likely part of a complex constructed using the front of an abandoned pozzolana quarry. 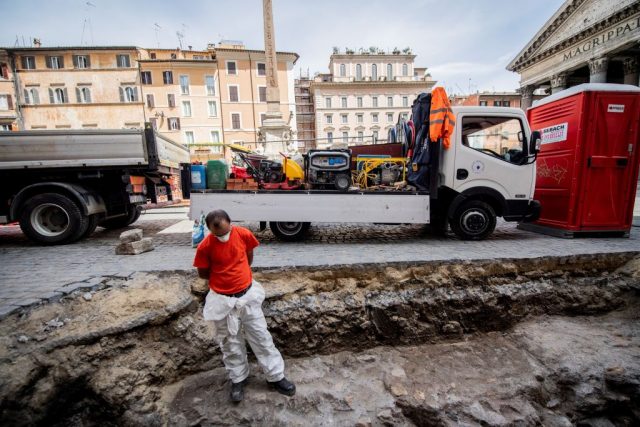 The complex’s integrity has been compromised, due to construction work conducted before policies were put in place to protect Rome’s ancient architecture, and there are signs of fire damage in one tomb. Each of the three was constructed of different material, with the first containing remnants of yellow tufa wall; the second featuring opus reticulatum (diamond-shape tufa bricks); and the third, stone plinth.

Speaking with RomaToday, Porro emphasized the discovery’s importance to our ever-developing knowledge of ancient Rome, saying, “Once again, Rome shows important traces of the past throughout its urban fabric.”

Found within the funery was a ceramic urn with bone fragments, as well as traces of a youth buried in the earth. Also uncovered was a terracotta dog, which many believe resembles the Cowardly Lion from 1939’s The Wizard of Oz. This form of artifact was typically used as a spout to divert water from roofs. However, this particular one doesn’t contain any holes, leading archaeologists to theorize it likely served a decorative purpose.

It was discovered in an early archaeological layer with portions of frescoed plaster, and is believed to predate the tombs. 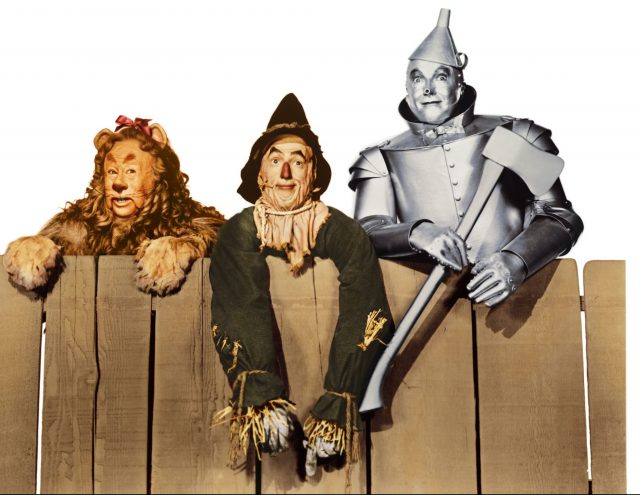 The Cowardly Lion, Scarecrow and Tin Man from The Wizard of Oz, 1939. (Photo Credit: MoviePics1001 / MovieStillsDB)

More from us: These Ancient Technologies Are a Mystery to Us, Even Today

The site is near the ancient catacomb of Ipogeo di Via Dino Compagni, which was discovered during construction work in the 1950s.