For over 2,000 years the Terracotta army has kept their ranks in remarkably well-preserved fashion. Researchers now think they know why.

China is famous around the world for its rich history and ancient art, statues and temples, because its culture dates back thousands of years. Certain historical sights and artifacts have long earned admiration and amazement from scientists, researchers and historians from every university and museum that has been fortunate enough to study any of the country’s treasures up close and personal, so to speak.

Some of its items — the Terracotta Army, for instance — have caused scientists to wonder how on earth folks centuries ago were able to ensure things lasted so well, even when buried deep in the earth. The Terracotta Army, (not a real one, of course, but rather thousands of life-sized soldiers and other figures) were buried with the country’s very first emperor, Qin Shi Huang, circa 209 B.C. The army had weapons buried with the sculpture representing each man: swords, spears, and others, made of bronze. 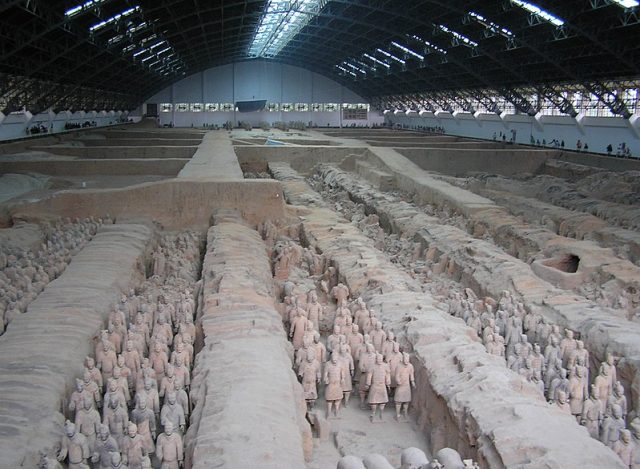 View of pit n.1 in the Terracotta army museum of the Qian mausoleum in Xian.

Scientists have repeatedly acknowledged that they’ve been unsure precisely why, or how, the statues and weapons have stayed so astonishingly well preserved. Now, however, new information has given them fresh insights into the issue. At one point, a common theory was that an element in the soil could be credited with the remarkable conservation. Now, in addition to the soil, the coating on the weapons themselves is being given its due as an unusual — particularly for the time period — agent of preservation.

New evidence suggests that the bronze contains chromium, particularly in the lacquer used to coat the weapons. Although the soil’s hi pH level is still considered a contributing factor, experts now think that the chromium is of greater significance. 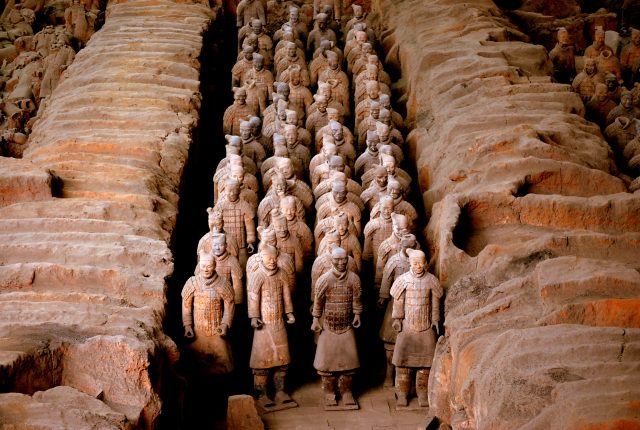 The remarkable archaeological site was first discovered in 1974, and was considered at the time, and still is today, to be one of the world’s greatest finds. And not merely because it revealed a trove of thousands of detailed sculptures so well preserved, but because it informed researchers and historians on migration routes of the population during the period.

This latest study, conducted by a team from the U.K., has given researchers more information about conservation methods at the site than any previous work. This team studied and examined almost 465 of the weapons, more than any study has ever done before. 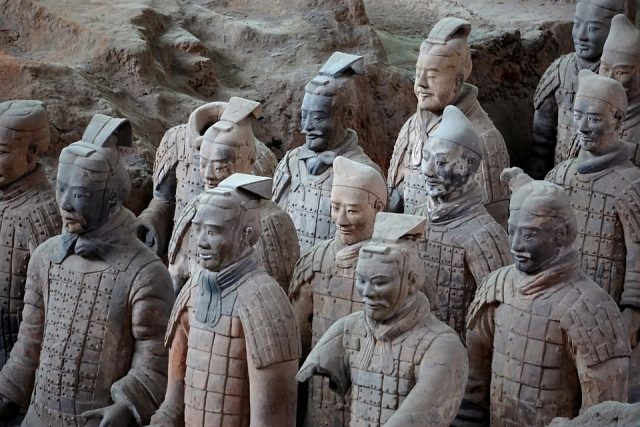 It is the discovery of the lacquer’s ability to preserve these weapons that the lead investigator and researcher finds of intriguing. “Clearly, the lacquer is the unintended source of the chromium on the bronzes,” explained Marcos Martinon-Torres, of Cambridge University, to sciencealert.com.

A colleague of his, Andrew Bevin of University College London, concurred. “It is striking,” he said, “how many important insights can be recovered via the evidence of both the natural materials (the soil samples) and complex, artificial recipes found across the museum complex — bronze, clay, wood, lacquer and pigments, to name but a few.” He continued, “These materials provide complementary story lines in a bigger tale of craft production strategies at the dawn of China’s first empire.” 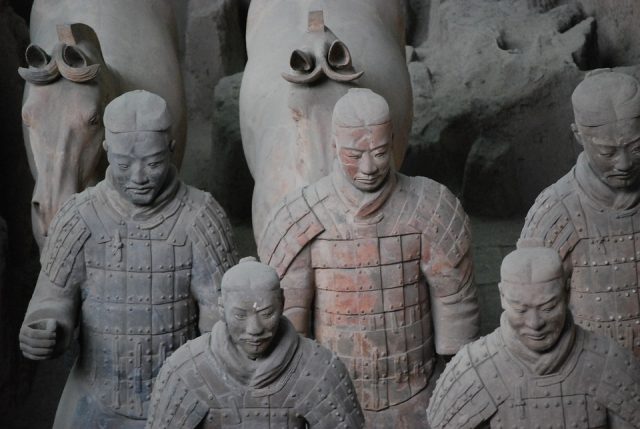 The site consists of several pits, not all of which have been accessed. The site was found, miraculously, by farmers digging for a place to put in a new well.  What has been uncovered is truly remarkable, and offers one of China’s greatest glimpses into its many centuries of history.

In addition to the military men, some of the mausoleum contains other figures, including musicians and acrobats. Even in photographs, the site is genuinely awe-inspiring.

Related Article: While archaeologist Zhao Kangmin worked on putting together the Terracotta Army, he tried to keep it secret from a government that hated history

Now, with this latest research by the U.K. team, more and more information can be gathered about how the Terracotta Army was built by craftsmen of the time, and more importantly, how the site has endured for so many centuries.