These Ancient Technologies Are a Mystery to Us, Even Today

The ancient world may well be dead but its mysteries live on in people’s minds. Take technology from cultures long past. We still have difficulty explaining certain examples today!

From tougher than tough materials to seriously dangerous substances, ancient technology is the very definition of old school. Ready to learn some lessons…?

Not much about this incredible material is known for certain. Used to fashion blades during periods such as the Crusades (1095-1291), Damascus steel may not even be from the Syrian capital. It was definitely made there but its true origin is unknown. Around 900 AD is believed to be the earliest time the distinctive metal was forged. 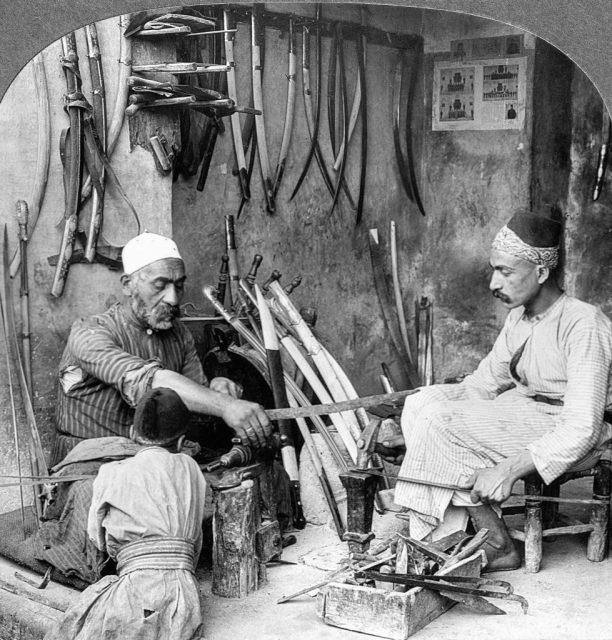 Damascus steel was a term used by several Western cultures from the Medieval period onward to describe a type of steel used in swordmaking from about 300 BC to 1700 AD. These swords are characterized by distinctive patterns of banding and mottling reminiscent of flowing water.  (Photo Credit: Pictures From History/Universal Images Group via Getty Images)

Damascus steel apparently fell out of favor a couple of hundred years ago, though it’s back in production today. Sort of. This isn’t the highly-specialized stuff you’d find centuries ago. The reasons for this are ambiguous. But How Stuff Works suggests it is “possibly in part because the metalsmiths who made it kept some of the process secret, and possibly because the special combination of ores dried up.”

Plus, you’re more likely to see it as part of a chef’s knife than a warrior’s sword. The pattern-welded design, a result of the layered forging process, is striking to look at. Its main purpose in the 21st century is as a beautiful object rather than a weapon of war.

Concrete is something we think of as a modern invention. Buy a bag, mix it up and slap it on. Yet the material, or its ancestor, has been around for centuries.

The Romans used a version with pozzolanic ash, which reportedly made it longer lasting. “Whereas modern concrete is designed to last for 50 years, ancient Roman concrete has lasted for more than 2000 years, often underwater,” writes Science Sensei. 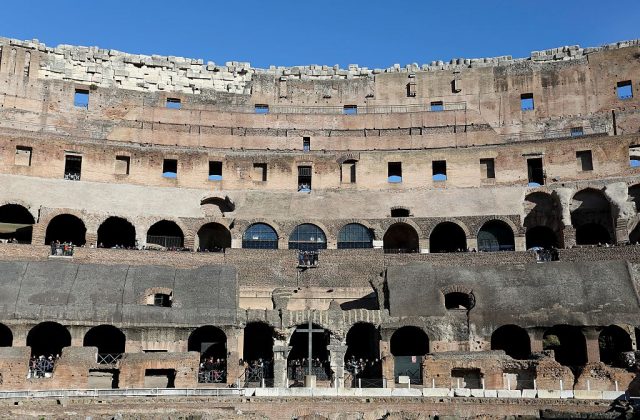 Engineering mentions the durability of Roman marine structures over the centuries, though seawater plays a role in keeping everything together. Not just outside but as part of the concrete mix itself. That said, the exact blend of ingredients behind the ancient building material isn’t known. We can only keep hammering away at the issue.

Leonardo Da Vinci is the artist responsible for the Mona Lisa, arguably history’s most subtle and nuanced portrait. So it comes as a surprise to hear he also designed vehicles, including a tank!

LeonardoDaVinci.net refers to the armored car sketches as a multi-directional and heavily-armed invention. The tank dates to the late 15th century. A prototype has been built so people can see for themselves what the master had in mind. 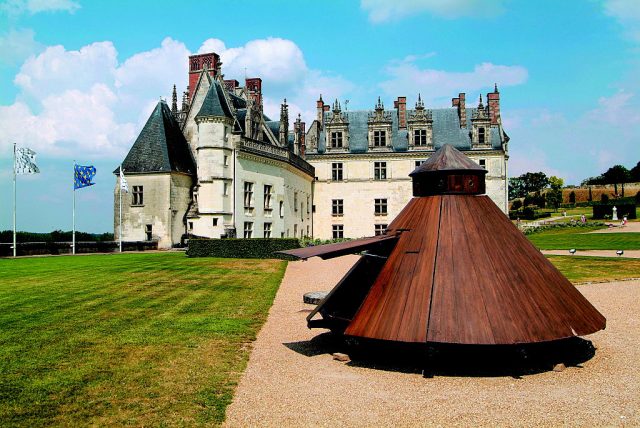 The Chateaux of the Loire Valley, the “Chateau d’Amboise” castle (37), castle dating back to the Renaissance. Castle and scale model of a tank created by Leonardo da Vinci (Photo Credit: Andia/Universal Images Group via Getty Images)

You may not see it on the battlefield anytime soon, as Da Vinci’s intentions appear to have been aesthetic rather than practical. The idea was to give the enemy the willies rather than seriously engage them in combat.

So ultimately the tank is tough to get your head around. We can create a prototype from the artist’s plans for sure. But we have no idea whether it would have worked in practice or not.

Calculating the rotation of the globe sounds like a complex business. One that waited for the advent of modern mathematics to work out, right? Wrong. As far back as the 12th century, an astronomer named BhÄskarÄchÄrya from India managed to establish the classic 365-day cycle we all take for granted.

As Science Sensei notes, we don’t have much of a clue as to how he achieved the feat. Did he sit there with an abacus? Or did a system exist that we are as yet unaware of? The answer to this one is literally written in the stars.

Ancient history is full of surprises. The Byzantine Empire (approx 395 CE – 1453) using a super flammable goo to launch at their opponents? It happened. Thought by some to be a forerunner of napalm, Greek fire was used on the water. Like the infamous 20th century invention it managed to stay aflame, even in contact with the wet stuff. 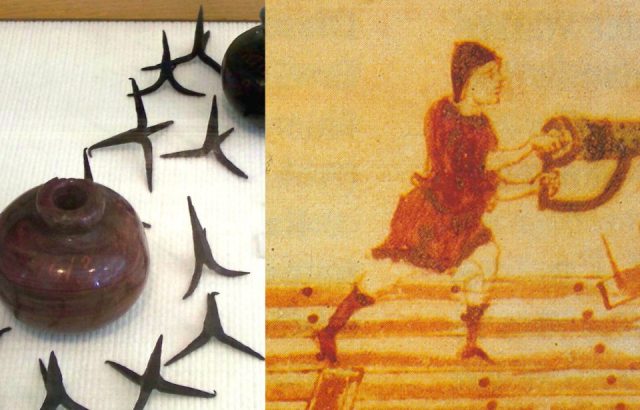 More from us: How the Invention of Zero Changed History

Listverse describes the firing system as “a pipe mounted to Byzantine ships that sprayed a thick, gel-like fire at enemy vehicles.” This gunky and, by all accounts, highly effective weapon lasted till the 14th century.

What went into it? How come it disappeared? We simply can’t explain. All we can do is look back on this ancient technology and wonder.