Over the past 30 years, scientists have unearthed 131 gold coins from a single field in west Norfolk, making it the largest collection of items from the Anglo-Saxon period ever discovered in England. 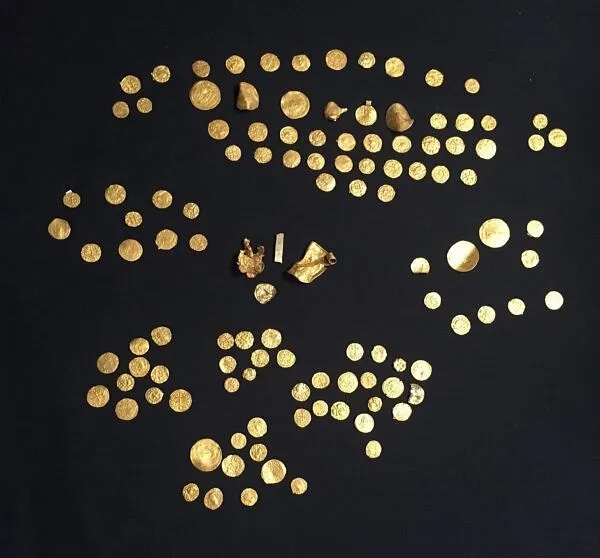 The objects were buried shortly after the year 600 AD. Most of the coins are Frankish tremisses- a small gold coin that was used in Late Antiquity. Nine gold solidi have also been uncovered. Solidis are larger gold coins from the Byzantine empire, worth three tremisses. The trove also contains four other gold objects – a gold bracteate (a type of stamped pendant), a small gold bar, and two other pieces of gold that were likely parts of jewelry.

The amount of gold being pulled out of this field is greater than the cache famously found at Sutton Hoo in 1939, in which an excavation discovered a purse containing 37 gold coins, three blank gold discs, and two gold ingots.

According to Gareth Williams, the curator of early medieval coins at the British Museum, “This is a hugely important find. It is close in date to the famous ship burial from Sutton Hoo in Suffolk, and although it doesn’t contain as much gold as the whole of the Sutton Hoo burial, it contains many more coins. In fact, it is the largest coin hoard of the period known to date. It must be seen alongside other recent finds from East Anglia and elsewhere, and will help transform our understanding of the economy of early Anglo-Saxon England.” 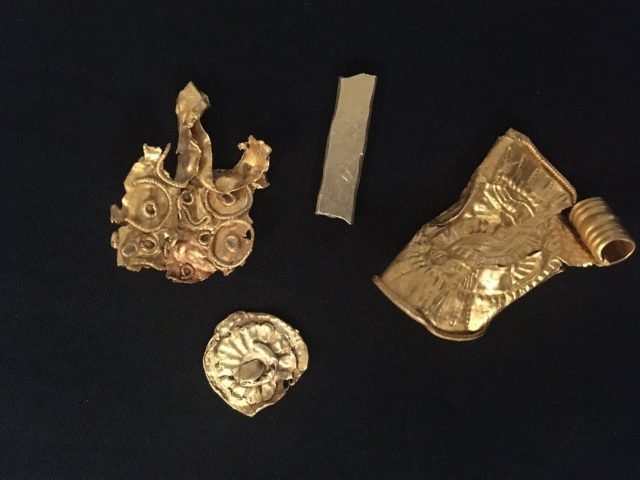 At the time in history when these coins were buried, England was not yet a unified country; rather, it was divided into several smaller kingdoms. The kingdom of East Angles, which includes modern-day Norfolk and Suffolk, was one of the most important regions.

In 2014,  an anonymous metal detectorist found the cache of coins and reported each find to local authorities. Coins were sporadically being discovered since 1991, but it was only recently that the coins found in 1991 were determined to be from the same hoard.

According to Helen Geake, a Finds Liaison Officer for Norfolk, this recent find “underlines the value of metal-detected evidence in helping reconstruct the earliest history of England.”

Ten of the coins had been found by a local police officer named David Cockle, who illegally tried to see them, resulting in 16 months in prison and a dismissal from the police. Two of the coins Cockle found have since disappeared to the antiquities trade.

The Norfolk coroner opened an inquest to determine whether the finds constituted treasure under the terms of the 1996 Treasure Act. Under the 1996 Treasure Act, any finds made by the public are only designated as treasure if they’re more than 300 years old, made of gold or silver, or found alongside artifacts containing precious materials. If finds are declared treasures, they become property of the state and are turned over to authorities for display at national or local museums. 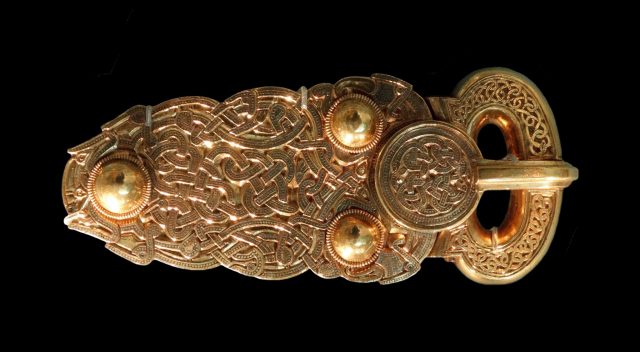 The recent find at Norfolk is a difficult case under the 1996 Treasure Act, as metal detecting has produced an increased number of objects from Roman Britain that do not meet the criteria outlined in the act, as the finds are often made from bronze rather than precious metals. Therefore, there is the risk that items of national importance will be lost to the public as they are sold to private collectors.

The Norwich Castle Museum and Art Gallery is very interested in acquiring these new artifacts if deemed treasures under the 1996 Treasure Act. Tim Pestell, Senior Curator of Archeology at Norwich Castle Museum and Art Gallery, says, “This internationally-significant find reflects the wealth and Continental connections enjoyed by the early Kingdom of East Anglia. Study of the hoard and find spot has the potential to unlock our understanding of early trade and exchange systems and the importance of west Norfolk to East Anglia’s ruling kings in the seventh century.”

Prior to this discovery, the largest coin hoard of this period was a purse containing 101 coins, discovered at Crondall, Hampshire, in 1828.

« Tom Hanks Is Full Of Surprises… Let’s Show You Why, With These Big Facts
Movie Plot Holes That You Won’t Be Able To Unsee »