There’s something very intriguing about the idea of finding buried Viking treasure.  That much is evident in our fascination with pirates, and with movies like Indian Jones or Tomb Raider. Most people don’t get to sail the high seas or crawl around in ancient ruins in search of relics, however.  Some people pursue that sort of exploration in other, less dramatic ways, like using metal detectors to find out what may be lying under our very feet.

According to the BBC, that’s just what George Powell and Layton Davies were doing in Herefordshire, England, but now they’re facing prison sentences for eight to ten years. 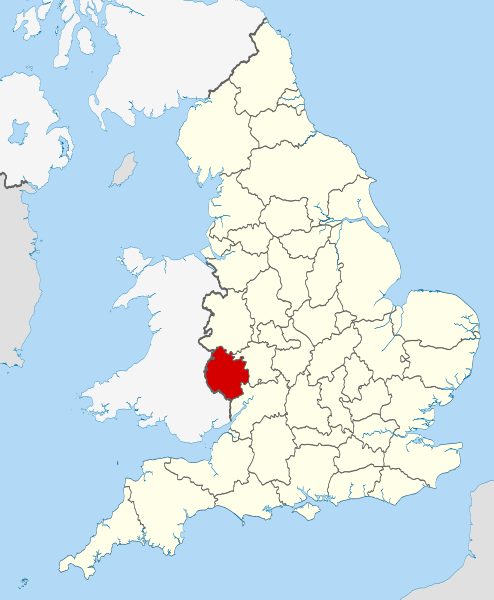 Location of Herefordshire in the UK. Image by Nilfanion CC by 3.0

The two men had been exploring a field near Eye with their metal detectors, back in 2015, when they came across a buried Viking treasure hoard.  The hoard contained a mix of coins and jewelry, dating back to the 9th century.

The problem doesn’t lie with what they found, however.  It lies with what they did about it.  When finds such as this are discovered, British law says that they must be reported to the coroner within two weeks of their discovery.  Failure to report it could earn some combination of a fine and a short jail term. 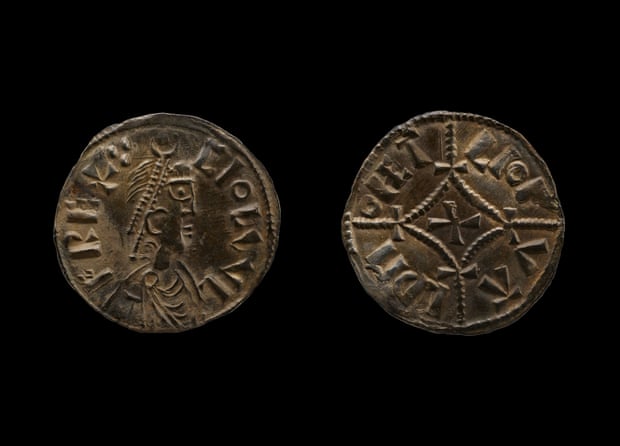 One of the coins found. (British Museum) 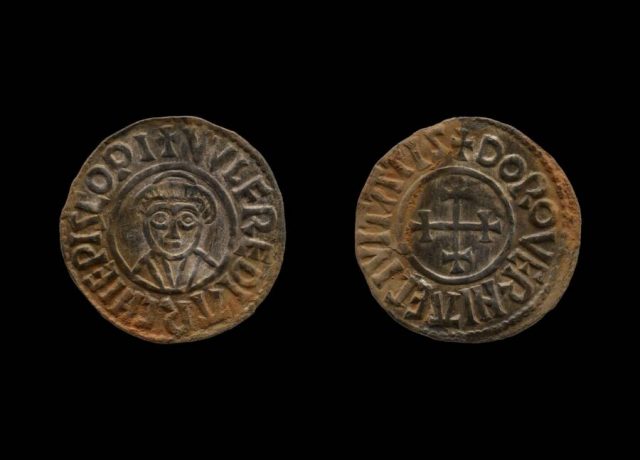 Another of the coins found. (British Museum)

Furthermore, if the discovery generates any sort of reward, it must be shared between the person who found it, the owner of the land it was found on, and the person occupying the land, if that’s someone other than the property owner. Powell and Davies did none of those things.

The Guardian reported that the two men took their haul to an antiques center in Cardiff, Wales, and had Paul Wells, a local coin dealer, take a look at it.  The treasure included a crystal pendant which probably dated from the 5th or 6th century, a gold ring and dragons-head bracelet that seem to be from the 9th century, a silver ingot, and around 300 coins. 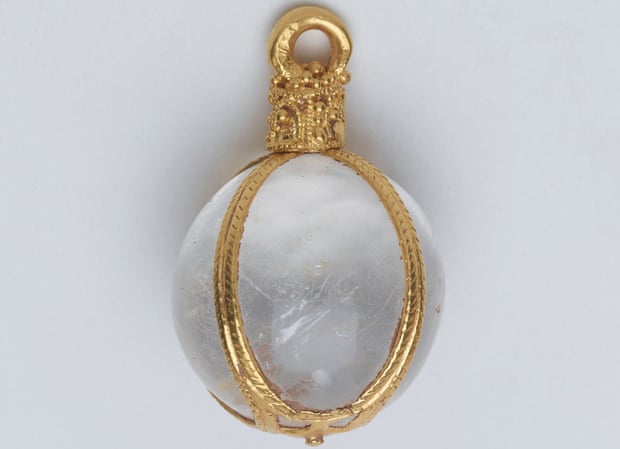 Wells didn’t take long to figure out that the find was extremely valuable, both financially and historically.  Not only was the jewelry ancient and remarkable, the coins were perhaps even more so.  Among the coins in the hoard were several ‘two emperor’ coins, which have images of King Alfred of Wessex and Ceowulf II of Mercia.  Such coins are extremely rare, and also offer historians a look at how the two lands were ruled while England was just starting to become a united nation. 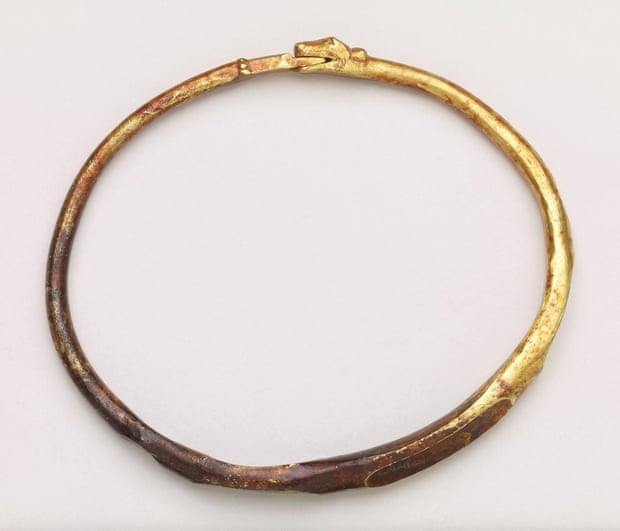 Dark gold arm bangle with a dragon’s or serpent’s head design from the ninth century. Part of the jewelry found. Photograph: British Museum/PA

Even after the initial assessment of the treasure came in, Powell and Davies still didn’t report it.  Wells contacted another treasure hunter Simon Wicks.  Presumably, Wicks bought some portion of the find, since he turned up at a high-end auction house in London a couple of weeks later with a portion of the treasure, to show one of the experts there.  The expert was extremely impressed, and estimated the just the ‘two emperor’ coins would be worth as much as 100,000 each.

It’s hard for more than one person to keep a secret, especially if it involves a buried treasure. Unsurprisingly, rumors began to circulate about Powell and Davies have made a valuable find.  About a month after the find, the two treasure hunters were approached by local officer in charge of liaising on found treasure, and Powell denied that they had made any such discovery.

Eventually, however, he surrendered the jewelry, but continued to assert that they had only found a few damaged coins of no real value, and there had been no point in reporting them. The lie came out when police also visited the house of Paul Wells, who showed them five coins he had in his possession.

Of the entire find, the jewelry and about thirty of the 300 coins have been recovered and are now housed in the British Museum.  Gareth Williams, who is one of the museum’s specialists for Anglo-Saxon and Viking artifacts, says that the coins are actually making historian reconsider how they have been thinking about that period of time.

History had long considered Alfred a major player at that point in time, but the presence of Ceowulf on the two emperor coins suggests that he had a more significant role in the power structure of the area than they had originally supposed, but Williams also believes that the scarcity of that type of coin suggests that he didn’t stay that way for very long.  The location of the find suggests that the Viking army had been in the vicinity after being defeated in Wiltshire.

Powell and Davies have been convicted of theft and concealing the find.  Wicks was arrested and is likewise charged with concealment, and is facing five years in prison as a result.  Wells was also arrested and charged with concealing the discovery, but hasn’t yet been sentenced. The judge who presided over the trials said that the three men cheated the farmer who occupied the land and his mother, as well as the landowner and even the general public, to whom the treasure rightfully belongs.

The total value of the viking treasure hoard Powell and Davies discovered is estimated to be in the neighborhood of three million pounds.  Had the two men simply declared it as they should have, they could have received as much as half of that value as a reward.  Now, as a result of their greed, they won’t see a penny, and will be facing years in prison.