Fossil Reveals that Snakes used to Walk on Hind Limbs

It’s not unkind to say that snakes have a PR problem. They are coldblooded, quiet and slithery, and some of them have massive fangs, or lethal bites, or both.  Some are so huge they can wrap their bodies around a large animal, like a goat, squeeze, then swallow it whole simply by unhinging its jaws. And when Hollywood needs a villain in the animal kingdom, they often turn to giant reptiles. A snake’s “yuck” factor is almost unparalleled when it comes to creepy critter movies.

Nonetheless, while snakes may not be widely regarded as cuddly, they certainly have earned a grudging respect from most sensible folks, who cut them a wide berth or avoid them entirely wherever possible.

Probably the only people with a fondness for them are the people who study them — herpetologists. They not only like snakes, they pour over whatever science they can find to learn how these reptiles evolved. Specifically, how did snakes lose their back legs, if indeed they ever had any millions of years ago? And what creatures, exactly, are modern snakes related to? Paleontologists are helping modern herpetologists understand more and more about our slithery friends. 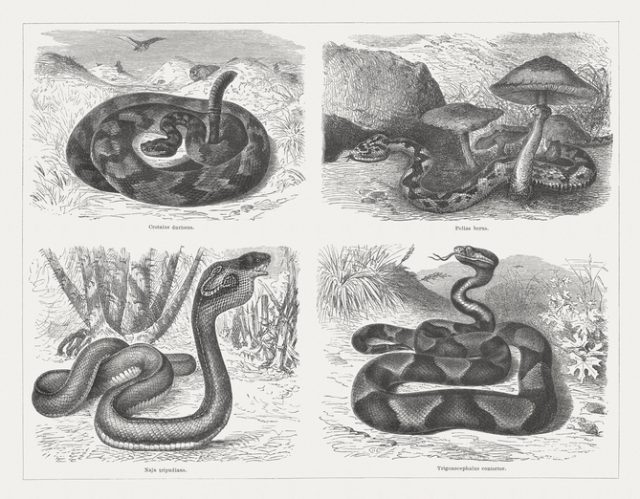 A dig in Argentina in 2013 brought scientists a big leap closer to understanding their mysterious origins, which are only being fully realized. It was led by paleontologist Fernando Garberoglio, who was working with two others, Sebastian Apesteguia and Guillermo Rougier at a site in Northern Patagonia, in Argentina. Though it’s hot, sticky work, the men persisted, looking for any remains they could find in the desert. And their persistence was rewarded.

The fossils they discovered were almost complete, not merely shards or pieces of bone. In fact, the skull fossil is almost whole, giving the team some real insights into how snakes evolved. Specimens like this have been named Najash, after the Hebrew word for snake, which is Nahash. The fossils make clear that snakes once had hind limbs, and did not evolve from burrowing, blind, worm-like creatures, as some experts had thought. The specimens are approximately 95 million years old. 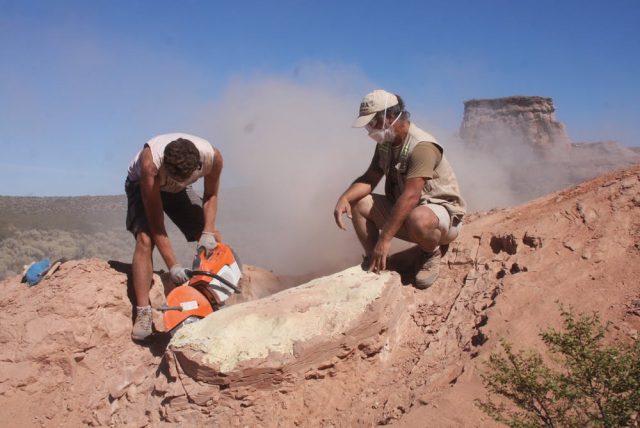 In the ensuing years, during which the fossils have been thoroughly studied, scientists have realized a great deal about snakes. They shared the big mouths we associate with so many breeds of snakes today, like the boa constrictor, that can open its jaws to an extremely wide degree. But other features, such as the bone structure behind the eyes, is decidedly different. This has led scientists to realize that snakes are descended from large lizards, like the Komodo dragon, rather than worm-like creatures that lived beneath the earth’s surface. 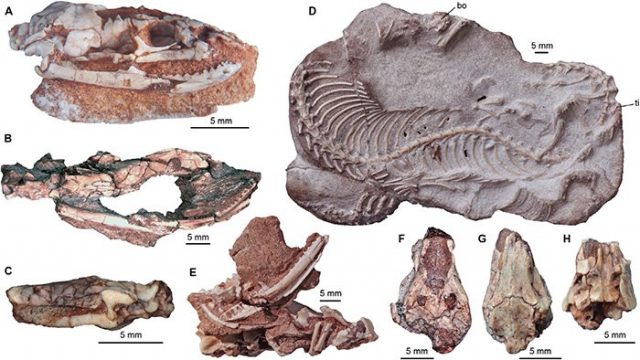 Perhaps the most profound revelation, however, from this find and others at the La Buitrera site in Argentina, is how much fossils found there have taught scientists about snakes; questions that previously went unanswered are now being addressed. All because of the almost-by-accident discovery in 2013.

It is for reasons like this that paleontologists, archaeologists and other researchers continue their relentless excavations under the ground. Each time, they make educated guesses about what they may find, but as often as not they are not rewarded with significant discoveries. But in this case, not only did the researchers get lucky, they found fossils that are still teaching scientists a great deal about modern snakes, how they evolved, and the role they play in our modern world.

SEE: Fossil of a Beetle Inside a Lizard Inside a Snake – Ancient Food Chain on Display

Perhaps if snakes were better understood by the general public, not just the devoted specialists who struggle to learn about them, snakes wouldn’t have the terrifying image they do today. Like most creatures, the key to losing one’s fear of snakes lies in understanding them — as these and other scientists do so well.