Why did Atari bury E.T. in the New Mexico desert? This isn’t the plot of an edgy movie sequel, by the way. It’s a dramatic chapter of video game history from the 1980s.

Sealed under concrete were approximately 700,000 Atari 2600 cartridges. How did they get there? What made the iconic extra-terrestrial so unpopular, when all he wanted to do was phone home?

The answers are on a whole other level.

Steven Spielberg and the Tomb of the Game Cartridges 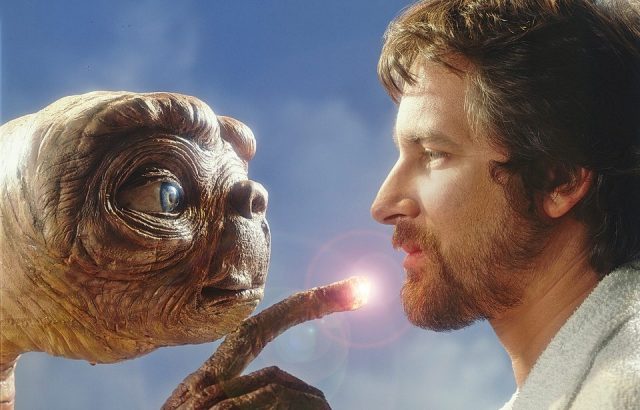 Video games based on movies were a big thing back in the ’80s. A successful and super playable Raiders Of The Lost Ark game had been released, made by young designer Howard Scott Warshaw.

So when Spielberg’s E.T. captured the world’s imagination in 1982, Warshaw was the natural choice to put the character on the console map.

One slight snag — he only had five weeks to do it.

As mentioned in an interview with the BBC, Warshaw focused on the building of E.T.’s famous cosmic telephone. Players would guide the little fella on his quest to gather the different elements. Threats in the form of Feds were there to stop him.

The gauntlet was thrown down to joystick handlers everywhere. Would they accept the challenge?

Players were in-console-able over E.T. for Atari 2600 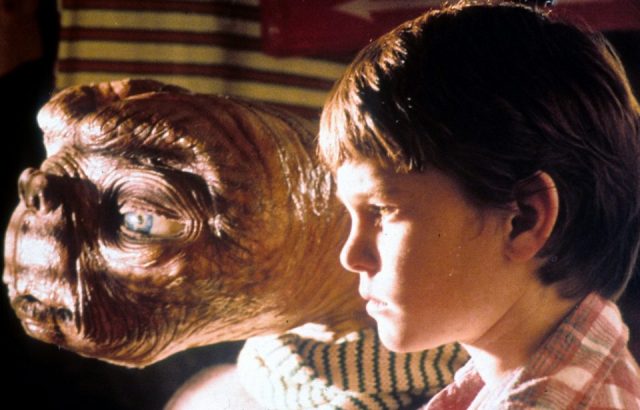 They did. But their experience was a frustrating one. Warshaw told the BBC there were “too many opportunities where you could suddenly wind up in an odd situation.” It wasn’t unusual for E.T. to get stuck in a pit.

For some, “Game Over” had never seemed so lowkey and disappointing. Presented as a must-have Christmas gift, E.T. the cartridge didn’t live up to people’s over-hyped expectations.

The following year proved a nightmare for Atari. The Guardian writes that the firm lost a whopping $563 million that year, after a “number of business hiccups.”

Video game companies in general had a rough time for various reasons. Competition from home computers, an overstuffed marketplace…arcade-style fun was headed for a fall.

In Atari’s case, the high-profile failure of E.T. — and also 2600’s Pac-Man — made easy work for pointing fingers. (Ironically, Steven Spielberg suggested gameplay for E.T. along the lines of the Pac-Man games.) 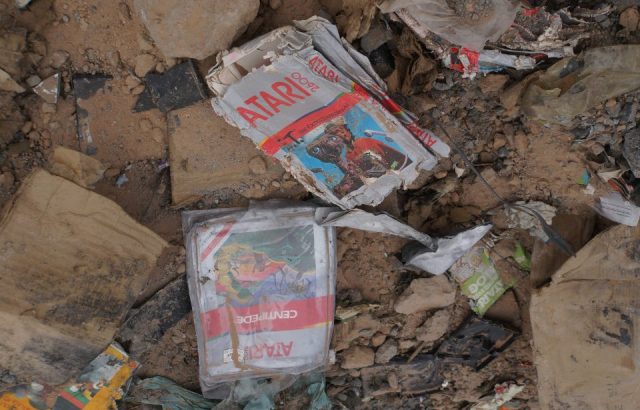 Thirteen trucks, an unlucky number indeed, were sent to Alamogordo city, New Mexico. Laden with cartridges, they dumped their load in the ground and covered it over.

Over time, a legend grew that all the unsold copies of E.T. had ended their days at the location. Apparently, the alien paid the ultimate price for screwing up Atari’s moolah-making mojo. Burying Elliott’s best pal in the dirt? How did those corporate monsters sleep at night?

Turns out the truth was a little less sensational. 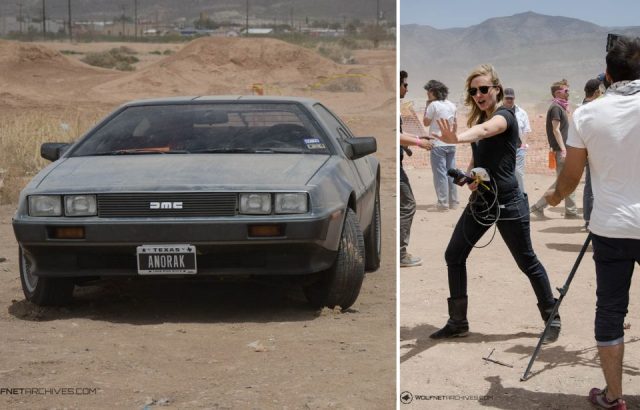 On the scene when the video game graveyard was unearthed: A Delorean belonging to Ernest Cline, author of Ready Player One (left). An IGN reporter (right). (Photo Credit: lithochasm / Flickr, CC BY 2.0)

2014 saw the dump at Alamogordo dug up in an attempt to find the unwanted — and now really quite valuable — cartridges.

Hollywood screenwriter Zak Penn (X-Men) was present with a film crew. He directed the documentary Atari: Game Over, which looked at problems in the industry and, of course, the infamous entombment of E.T.

While hundreds of thousands of games were indeed buried, E.T. was only one part of the lineup. Titles such as Pac-Man, Yars’ Revenge (another Warshaw creation), and even Centipede also got trashed. 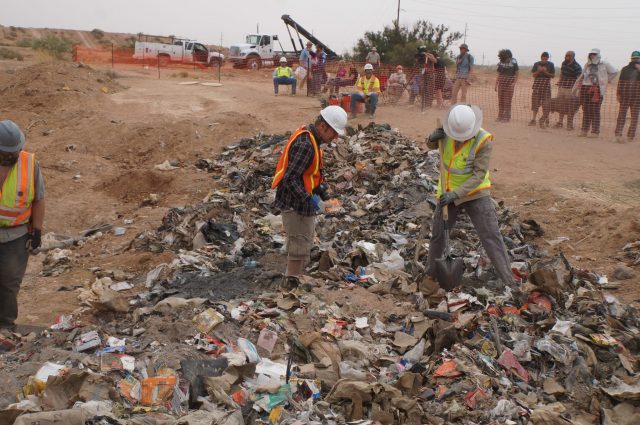 Many of the E.T. games actually wound up dumped in California. This wasn’t some symbolic sacrifice of a much-loved character who’d tanked with the gaming community.

Quoted by The Guardian, Penn speculated on perceptions of the mass burial: “Is it that we naturally are storytellers, and it sounds better that it was because it destroyed the video game industry?” 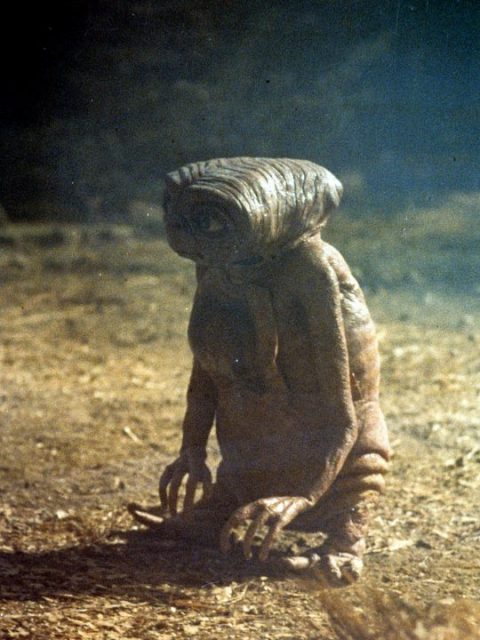 E.T. for Atari is regularly described as an awful game, possibly the planet’s worst. Yet this reputation doesn’t seem deserved. People are looking at the product through a fog of gaming fury.

For Warshaw, E.T. and Pac-Man for the Atari 2600 changed consumers’ approach to major releases. Speaking to Wired, he said they “demonstrated in two big wallops the difference between what people were expecting and maybe what they were advertised they were getting and what they got.” 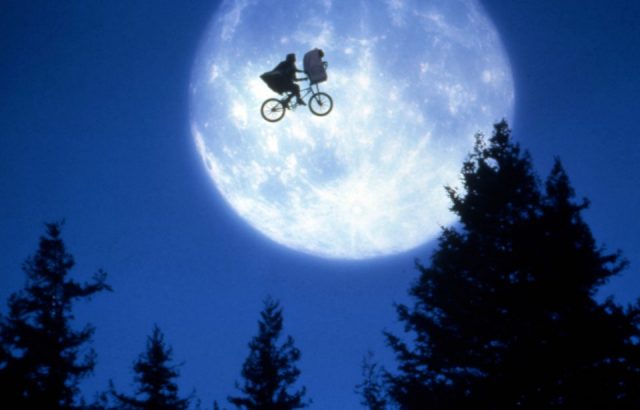 There’s no denying the burial was a big-time corporate offload. However, it also resulted in a mighty profit down the line.

The glowing-fingered hero may have had the last laugh. A recovered E.T. cartridge went under the hammer on eBay for $1,535.

More from us: The 2021 Titanic Has Proven Icebergs Really Hate Ships Named Titanic

A copy of E.T. the game is now at the Smithsonian. And Warshaw reportedly became a psychotherapist. Last year, he released a book about his experiences at Atari, Once Upon Atari: How I Made History by Killing an Industry.

« Frank Zappa: Even His Instrumental Album Had A Warning Label
“Just One More Thing…” — Facts About Peter Falk And Columbo »