History is repeating itself… sort of. On Monday, August 2, 2021, an iceberg wall at the Titanic Museum Attraction in Pigeon Forge, Tennessee, collapsed, injuring three visitors. Luckily none of the guests were fatally injured, but it seems ironic that an iceberg is injuring guests visiting the Titanic once again. 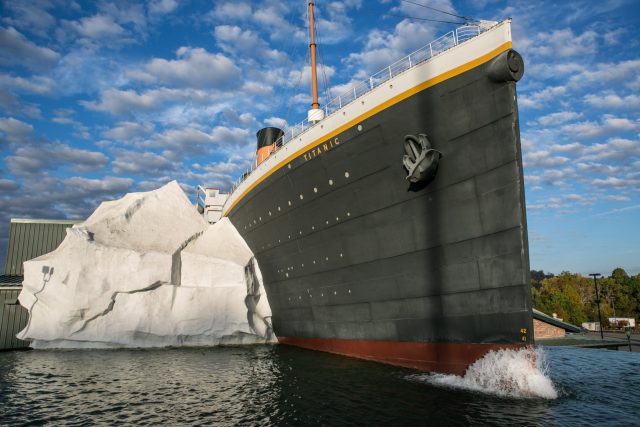 A half-scale replica of the Titanic hitting an iceberg is a main feature of the Titanic Museum Attraction in Pigeon Forge, Tennessee. (Photo Credit: George Rose/ Getty Images)

In a message posted on social media, the owners of the attraction stated, “Our iceberg wall collapsed and injured three guests, who were taken to the hospital. At this time, we do not know the extent of their injuries, and our thoughts and prayers continue to be with all those who were affected, including the first-responders.”

The museum closed following the accident on August 2 but was reopened to ticketed visitors on Tuesday, August 3, 2021. Although the museum opened back up the next day, it was without the iceberg wall. Since the accident, the affected area has been blocked off, and museum officials estimate it will take at least four weeks for the iceberg wall to be completely rebuilt to its original size.

The ice wall in question was approximately 15 feet by 28 feet (4.6 meters by 8.5 meters). The large wall was made out of real ice, and visitors were allowed to touch the ice block to better understand what the elements in the Atlantic were like on that fateful night in April 1912. The ice block was created using a water filtration system. 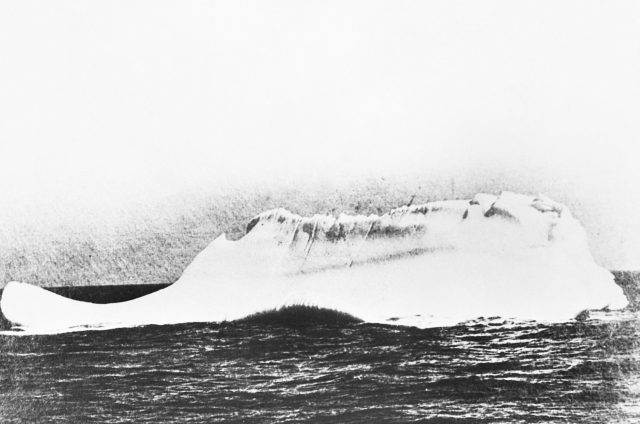 The actual iceberg that caused the Titanic to sink in 1912 (note the paint visible on the ice). The accident involving the iceberg at the Titanic Museum Attraction was based on the iceberg in this photograph. (Photo Credit: Bettmann/ Getty Images)

Some visitors wonder if a complete rebuild of the iceberg is really necessary for visitor safety and experience. One visitor from North Carolina suggested “a smaller piece of ice, so everyone can touch it without having to worry about it falling or hurting somebody.”

Despite the accident, visitors go to the Pigeon Force Titanic Museum Attraction to immerse themselves in history. Guests of the Titanic Museum Attraction receive boarding passes with the names of actual passengers and crew members onboard the original Titanic. The 400-piece collection is valued at over four and a half million dollars. Not only were visitors able to touch the iceberg before the accident, but they also can stick their hands in 28-degree water (the temperature of the Atlantic Ocean the night the Titanic sank) to see how long they can last before pulling their hand out.

The Museum also offers visitors the opportunity to walk a replica of the Grand Staircase, learn how to send an SOS distress signal, and sit in a true-to-size lifeboat. 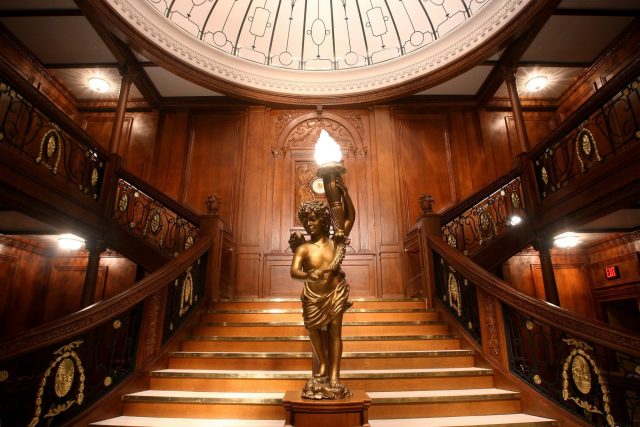 Replica of the grand staircase of the Titanic. A similar replica can be found at the Titanic Museum Attraction in Pigeon Forge. Tennessee. (Photo Credit: Paramount Pictures/ Twentieth Century Fox/ MovieStills DB)

It’s the first-hand experience that the Titanic Museum Attraction offers that keeps visitors coming back. After the accident, one visitor acknowledged that “stuff happens, and there’s a million little things that could have happened.” This visitor also mentioned that he had never once felt unsafe at the museum.

More from us: Strokes of Luck – 5 Famous Passengers who Nearly Boarded the Titanic

The RMS Titanic sank on April 15, 1912. The accident killed an estimated 1,517 people. Soon, museums just like the Titanic Museum Attraction will house the only remaining remnants of the Titanic, as the actual ship sitting on the floor of the Atlantic is rapidly deteriorating and will soon be gone entirely.