Marianne Faithfull, the English singer/songwriter and actress who’s now one of the “100 Greatest Women of Rock and Roll”, took America by storm with her ’60s hit “As Tears Go By.” Here are six facts about the storied artist and muse from her earlier life.

1. She is descended from Austrian nobility 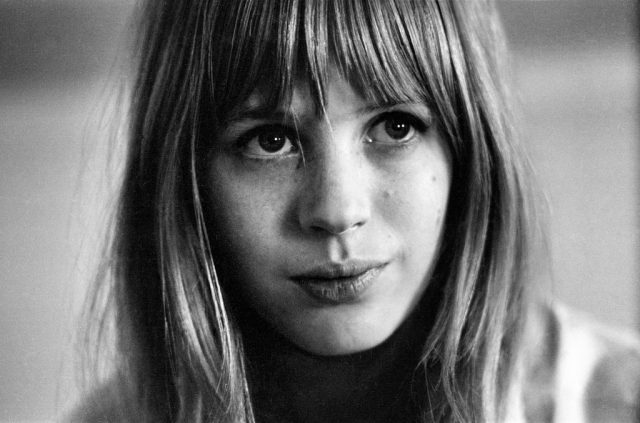 Born in 1946, Marianne Evelyn Gabriel Faithfull’s father was a British intelligence officer and Italian literature professor. Her mother, Eva von Sacher-Masoch, Baroness Erisso, was the daughter of an Austro-Hungarian nobleman.

Faithfull’s parents divorced when she was just six years old, and she moved from London to Reading, England, with her mother after their breakup.

She dealt with multiple bouts of tuberculosis as a child. During her time at a Catholic convent school, she joined a student theater group.

2. She used to make up stage names for herself 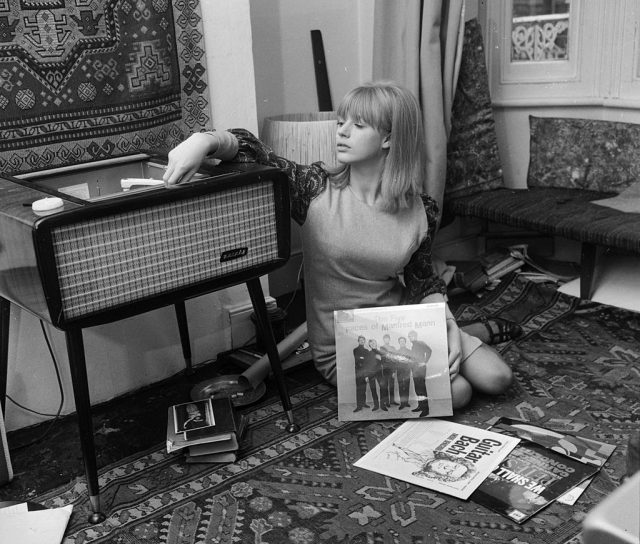 15th October 1964: Marianne Faithfull playing records at her home in Reading. Among the records scattered on the floor are albums by Pete Seeger and Manfred Mann. (Photo Credit: John Pratt/Keystone Features/Getty Images)

Marianne knew that she wanted to be famous from a very young age, and spent lots of time thinking up stage names for herself.

In an interview with Financial Times, she admitted how silly that seems now, given what a cool name she already had. “I used to practise ridiculous, fancy noms de plume in my rough book at school; I didn’t realise Marianne Faithfull was a great name,” she said.

3. The word “masochist” was derived from her great, great uncle’s name 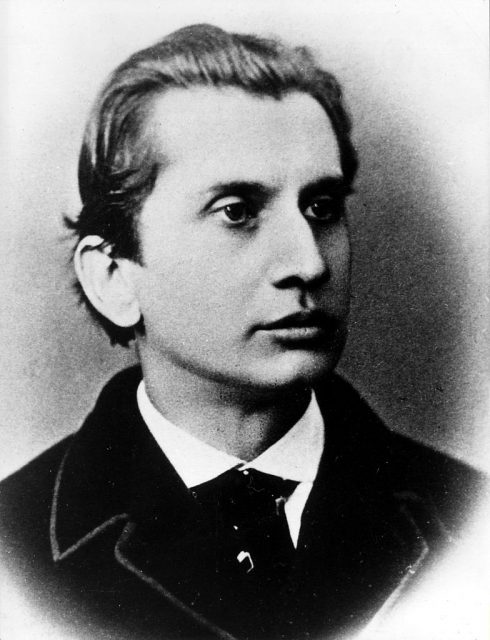 The term “masochism,” coined by a psychiatrist, was inspired by the book and derived from Sacher-Masoch’s name.

The word describes someone who derives pleasure from their own humiliation or pain. Later in her life, Faithfull described herself as a “psychological masochist.”

4. Marianne was just 16 when she was discovered at a Rolling Stones launch party 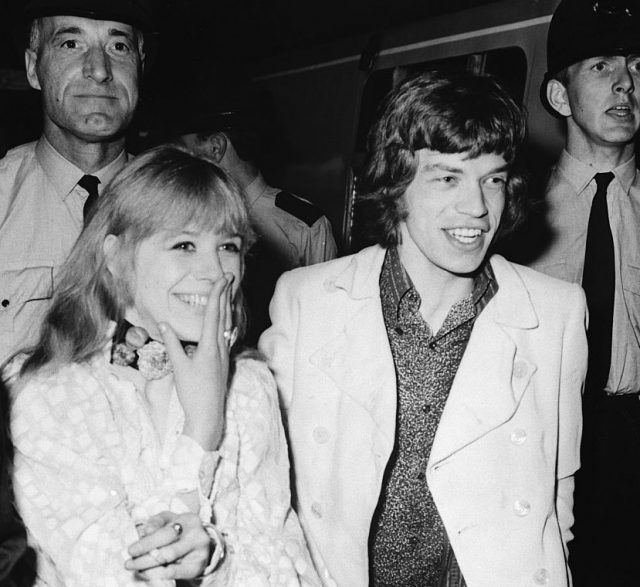 Marianne’s career as a singer began in 1964. She started out performing a capella folk songs in coffeehouses in Reading.

Her set list for these cafe gigs included the songs “House of the Rising Sun” and Bob Dylan’s ‘Blowin’ In The Wind,” both of which she later recorded professionally.

In early 1964 she attended a Rolling Stones launch party where she was discovered by the producer and talent manager Andrew Loog Oldham. 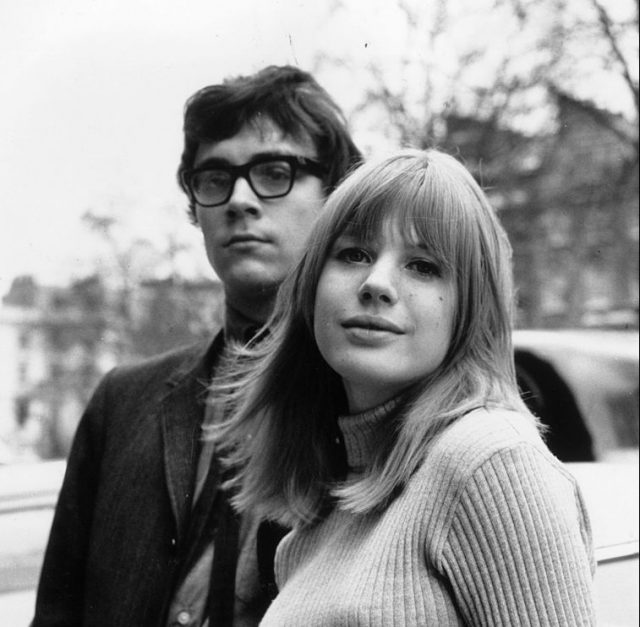 Marianne Faithfull with her fiance John Dunbar, with whom she was involved before her romance with Rolling Stone Mick Jagger. (Photo Credit: Evening Standard/Getty Images)

Marianne attended that very same launch party with artist John Dunbar. They got married on May 6, 1965, and had a son together six months later.

The marriage was short-lived, however, as Marianne soon left Dunbar to be with Mick Jagger. As she told The Musical Express, “my first move was to get a Rolling Stone as a boyfriend. I slept with three and decided the lead singer was the best bet.”

In addition to his art, Dunbar is also known for introducing Yoko Ono to John Lennon.

6. She was one of the first people to utter a certain curse word in a mainstream movie 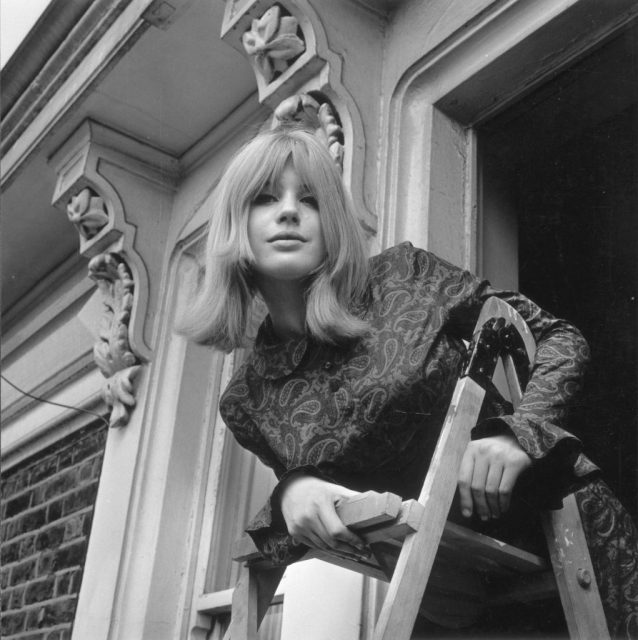 Faithfull appeared as the character Josie in the 1967 film I’ll Never Forget What’s’isname.

Also starring Orson Welles and Oliver Reed, the movie deals with commercialism in Swinging London and was fairly well-received by critics, although censors and religious groups had issues with some racy scenes.

More from us: Origins of the Rolling Stones and how they Came up with their First Song

For years, many people thought that Faithfull’s character’s use of the “f word” was the first for a mainstream movie but that credit actually goes to Ulysses, also released in ’67.

« Gone But Not Forgotten: 10 Weird Events Of Olympics Past
The 2021 Titanic Has Proven Icebergs Really Hate Ships Named Titanic »