The 1960s was an era of fantastically divergent fashion, iconic entertainment, and some wild swings in musical acts. At the center of all those groovy happenings was a bunch of iconic couples who shaped the cultural landscape while capturing the attention of an entertainment-starved world.

Here are the faces who fell for each other, shared lives together, and left their mark on the decade. Sadly, none of these relationships withstood the test of time. Our final couple, famous for their time in the ballet, spent years denying a relationship ever existed, leaving behind somewhat of a mystery regarding their personal lives. 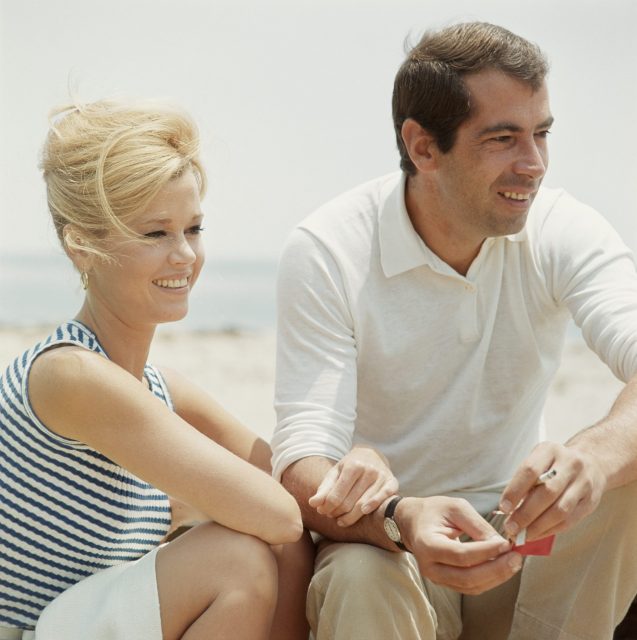 The creative couple shared a life together for almost a decade between 1965 – 73. Known for his erotically-charged output, Vadim had previously worked with, and been married to, Brigitte Bardot (And God Created Woman, 1956).

Fonda was the established Hollywood actress who would star in camp Sixties sci-fi cult classic Barbarella (1968). Vadim came aboard at her request, as co-writer and director. 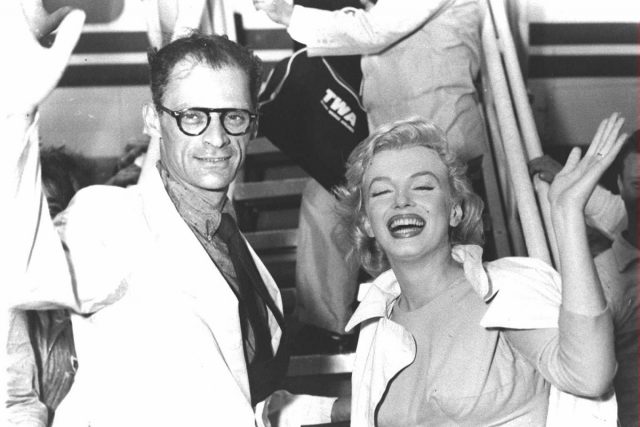 American playwright Arthur Miller and his wife, actor Marilyn Monroe (1926 – 1962) wave as they board a plane, circa 1956. They were married for five years. (Photo Credit: Hulton Archive/Getty Images)

This couple fascinated the public because it all seemed so unlikely. Monroe was a Hollywood bombshell and Miller a bookish scribe. The story was like something out of a movie. However, they stayed together from 1956 – 61.

Miller’s first wife Mary Slattery found herself husbandless, as Miller followed an affair with a full-blown relationship. The iconic actress even converted to the family religion of Judaism. Their marriage went off the rails and she tragically died in much-talked-about circumstances the following year. 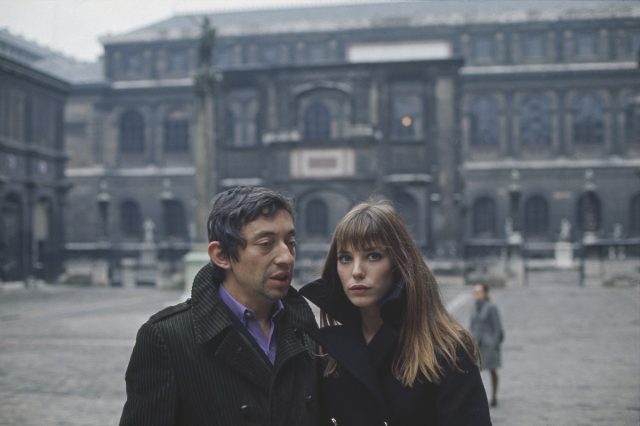 One iconic sound of the Sixties was also a somewhat racy one. Forget your Beatles and Rolling Stones – the record which made a splash in 1969 was Je T’Aime… Moi Non Plus (or I Love You… Neither Do I).

Gainsbourg initially recorded the copulatory classic with then-partner Brigitte Bardot. Speaking to The Independent in 2019, singing successor Birkin reveals: “I sang it an octave higher than she did, which gave it a kind of choirboy quality which pleased Serge.” The couple was together from 1968 to 1980. 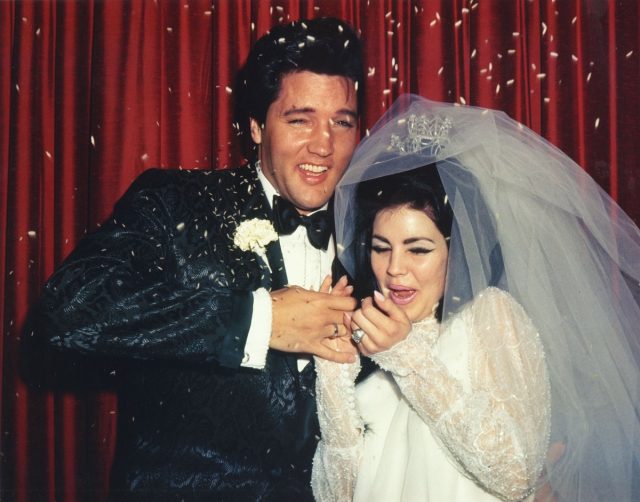 The King of Rock and Roll made Priscilla Ann Wagner his queen in 1967. She was famously a teenager when they first met and became the envy of fans across the globe. Elvis was 24 when they first crossed paths. Marriage followed years later when Priscilla turned 21. They divorced in 1973 after Priscilla found life at Graceland too pressurized. She also had an affair with karate instructor Mike Stone.

Talking to The Guardian in 2015, she revealed the tough reality of life behind the public image. To this day, however, she remembers her former husband fondly. 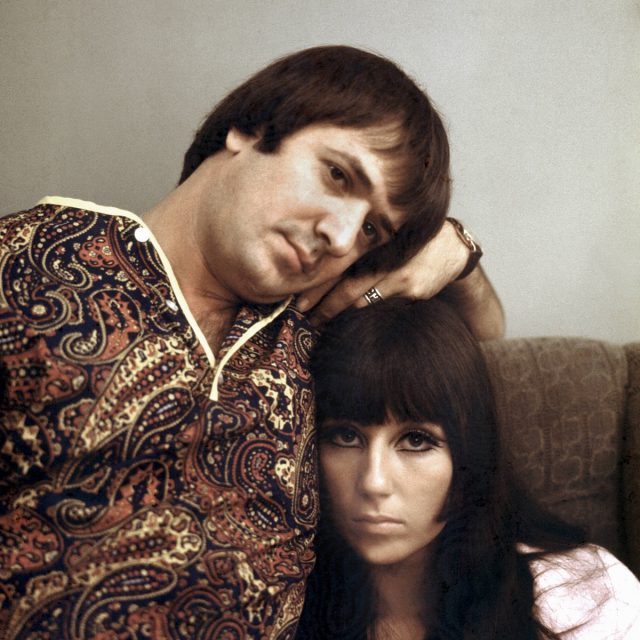 Just as Birkin and Gainsbourg sang to the world with Je T’Aime, so Sonny and Cher released another iconic Sixties anthem in the form of “I Got You Babe” (1965). It was a considerably more wholesome track.

The couple met three years earlier and again there was an age gap of just over a decade. Cher reportedly worked for Sonny as a housekeeper, though both had creative ambitions. They were officially married in 1969 and divorced in 1975.

Not only did Sonny and Cher make an impact on American popular culture, but they also went on to take high-profile roles post-split. Cher’s award-winning career as an actress took off with 1982’s Come Back to the Five and Dime, Jimmy Dean, Jimmy Dean. Sonny wound up a Republican Mayor and Congressman. 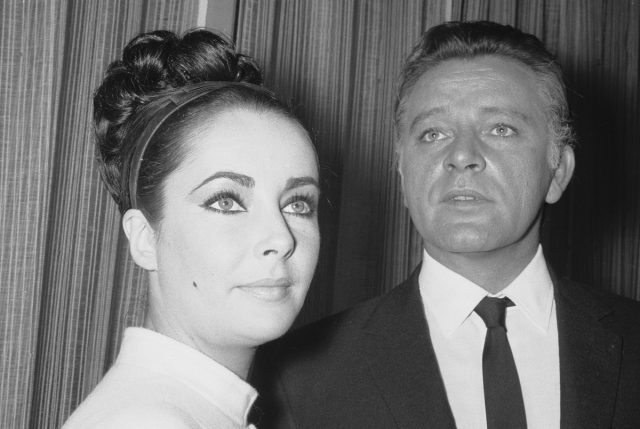 One of the greatest, if not the greatest, love stories of the movie world was cemented when Welsh thespian Richard Burton and British-American screen goddess Elizabeth Taylor tied the knot. They actually married twice – the first time between 1964 – 74. The pair kissed and made up the subsequent year, though this time the magic lasted a matter of months before divorce lawyers were called in.

Their chemistry was noted in the epic Cleopatra (1963), a troubled production where they first got to know each other. Who’s Afraid of Virginia Wolf came three years later, and depicted a volatile onscreen couple. This fictional relationship was lifted by the dynamics of Burton and Taylor.

“Our love is so furious that we burn each other out” Burton once said.

“Since I was a little girl, I believed I was a child of destiny,” Taylor commented, “and if that is true, Richard Burton was surely my fate.” 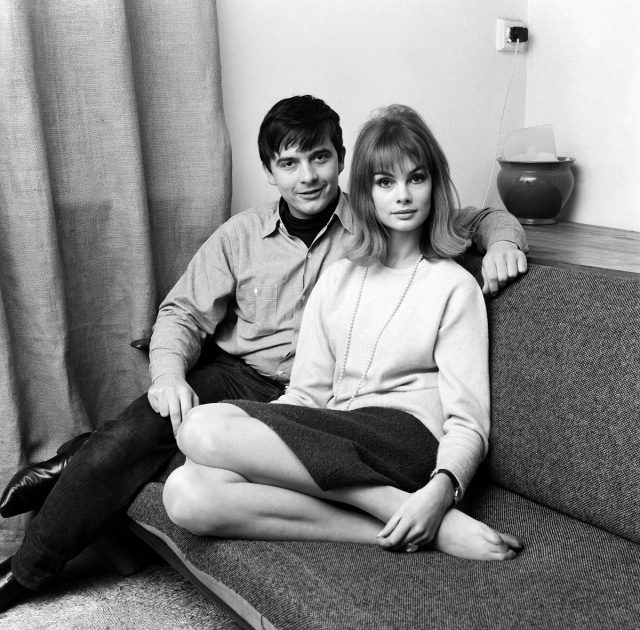 Fashion is arguably the best-remembered element of the Sixties. So it makes sense that model Shrimpton and photographer Bailey joined forces, both in front of and behind the camera.

They never got hitched (Bailey was married when they met), but Shrimpton and Bailey helped form the idea of a “supermodel.” Her iconic looks and his striking snaps made them a defining couple of “Swinging London.”

« Ancient Roman Funerary Tombs, Terracotta Dog Uncovered Along the Via Latina
The Shining And The Number 42 Mystery That Has Captivated Fans »