The Shining And The Number 42 Mystery That Has Captivated Fans

Is there a scarier movie than the 1980s film The Shining? Directed by Stanley Kubrick and based on the novel by Stephen King, it starred Jack Nicholson in a truly unhinged leading role.

As a nail-biting psychological horror, it’s natural for fans to look for clues amongst the film’s rich visual detail. It turns out there’s more to the frightening fun than freaky twins and corridors awash with blood. At least according to some avid followers of the movie and the work of Stanley Kubrick.

The number 42 and ‘The Shining’

Kubrick appears to have had a thing for the number 42. This has been spotted and elaborated upon by various sources. The 2012 documentary Room 237, directed by Rodney Ascher, is a high-profile example.

Taking its title from the notorious spot where Nicholson’s Jack Torrance was attacked by a ghostly naked lady, it highlighted no less than 9 theories concerning what’s going down. One of which is a recurring case of 42ism.

The madness begins mere minutes into the picture, with the sight of 42 vehicles parked at the hotel. Also referring to the website Nature World Today and the I.B. Taurus blog, Snopes investigated and confirmed the parking tally. 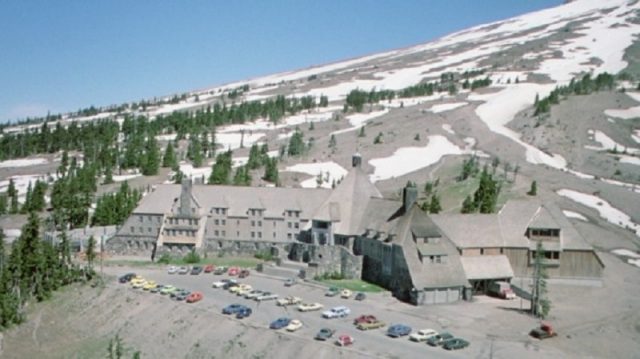 42 vehicles located in front of the Overlook at the beginning of Jack’s interview. This does not include the Sno-Cat. (Photo Credit: Warner Bros. / MovieStillsDB)

Stationary cars and such? Doesn’t sound too eerie to us. However, the references continue. Young Danny Torrance (Danny Lloyd) has a shirt with a 42 on it. 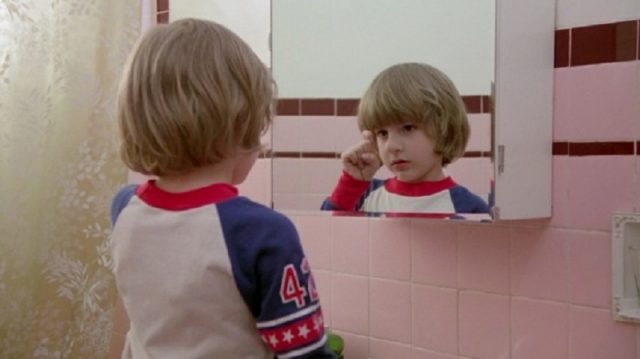 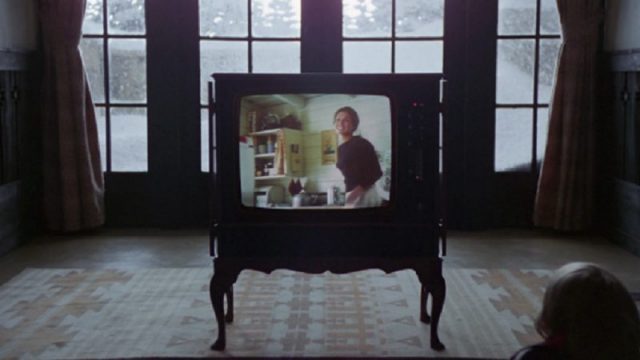 The figure of $42 million is later mentioned in a scene with Dick Hallorann (Scatman Crothers). 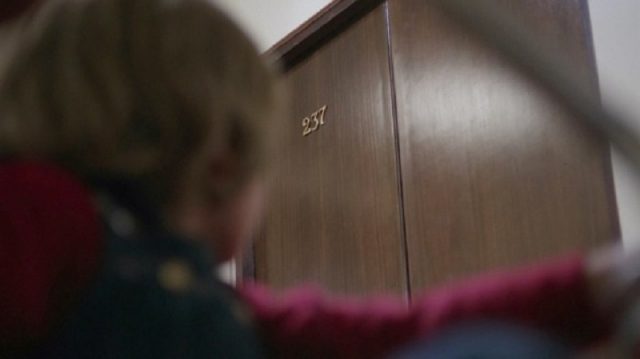 Why was 42 the magic number for Stanley Kubrick?

As with many elements of The Shining, a definitive explanation is lacking. Even if Kubrick were still alive – he passed away in 1999 – he probably wouldn’t reveal anything.

I.B. Taurus ties these 42-fueled features to Freud and his ideas about the power of recurring numbers to disturb. There’s also an academic theory that everything points to 1942 – the year of the German ‘Final Solution.’ 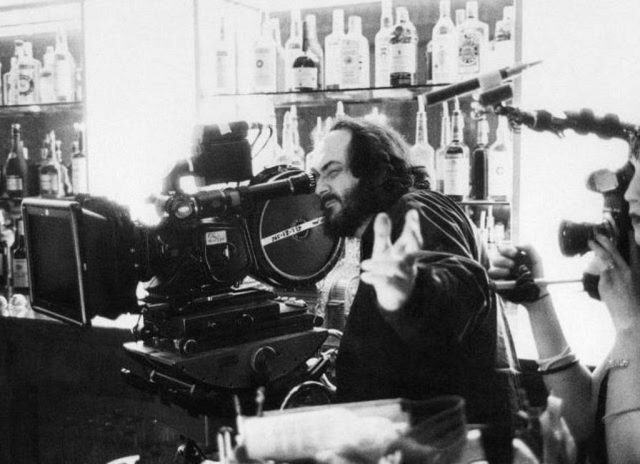 Snopes goes on to say what many sci-fi fans are thinking… was Kubrick a fan of Douglas Adams’ classic series Hitchhiker’s Guide To The Galaxy? That used “42” as the famous answer to “Life, the Universe and Everything”!

Of course, eagle-eyed aficionados might be reading too much into the deal. Snopes writes that, while 42 vehicles are displayed at the Overlook, “A split-second part of the camera’s pan, however, shows another handful of vehicles off to the side.” Stanley Kubrick was meticulous but maybe not that meticulous.

Secrets of ‘The Shining’

In its coverage of the Room 237 documentary, Esquire refers to other intriguing onscreen treats. These include the recurring idea of an eagle and seemingly deliberate continuity errors which might be leading viewers down a certain path.

Director Mike Flanagan continued the eerie Easter egg hunt with the follow-up, Doctor Sleep, released in 2019 and based on the King book. Danny Lloyd is brought back for a cameo and Flanagan ensures the Overlook remains exactly as it was in the original film.

Den of Geek notes: “you can spot the pool of blood on the staircase carpet where Jack Torrance bled after Wendy hit him in the head with a bat.” Nicholson’s character also returns, this time played by Henry Thomas.

Stephen King was not a fan 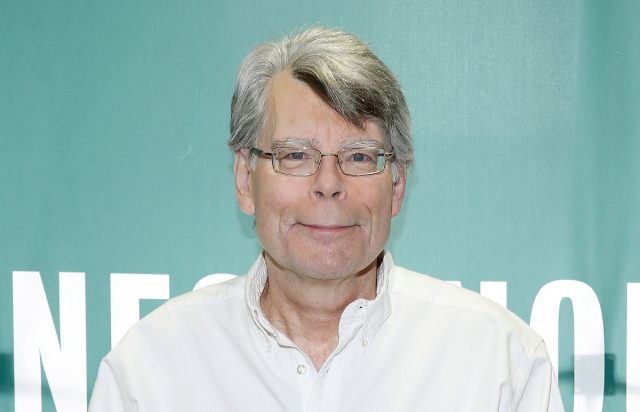 Today, Stanley Kubrick’s The Shining is widely regarded as a classic horror film. One person who didn’t enjoy the end product was Stephen King. He disliked the liberties Kubrick took with the source material, believing the visual style won out over the emotional story.

More from us: This Salem Woman May Have Inspired ‘Hocus Pocus’

“I wrote the book as a tragedy, and if it was a tragedy,” King revealed in 2015. The Torrance family’s love was shattered by the evil at the Overlook, something the author feels the filmmaker missed out on: “Here, it seems there’s no tragedy because there’s nothing to be lost.”