This Brain has Stayed Preserved for 2,600 Years and we Finally Know How

Scientists have finally unlocked the key to a remarkably preserved brain from the discovery of a set of 2,600-year-old human remains found in 2008 in the British village of Heslington, according to a recent report from Fox News. When the ancient man was first being investigated after his discovery, scientists were astonished to realize that although the body had skeletonized, a bit of his brain had somehow resisted the decay that had otherwise occurred.

The brain, known simply as the Heslington brain, is believed to be the oldest in Britain.  According to the report, even though the find was made 12 years ago, scientists have only recently figured out what left the brain in such a remarkable state of preservation. 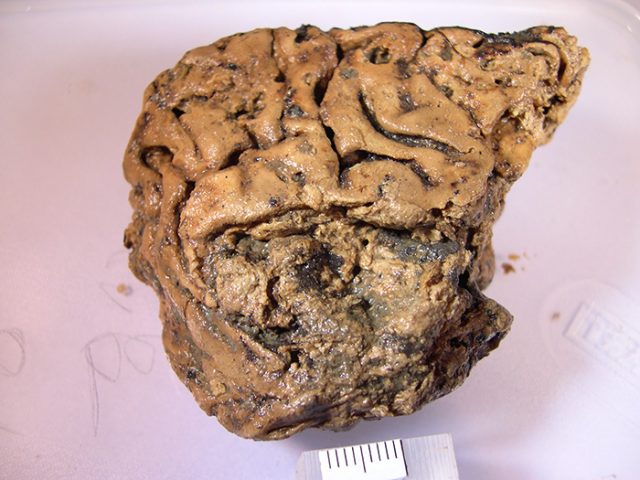 The research was conducted by experts from University College London, and the team recently published their findings in the Journal of the Royal Society Interface.

What the team found was that the brain possessed “tightly folded brain proteins” which may have helped in its preservation.  Dr. Axel Petzold, the leader of the team, said that the way in which the body expired or was buried may have been what allowed the brain to be so well-preserved. 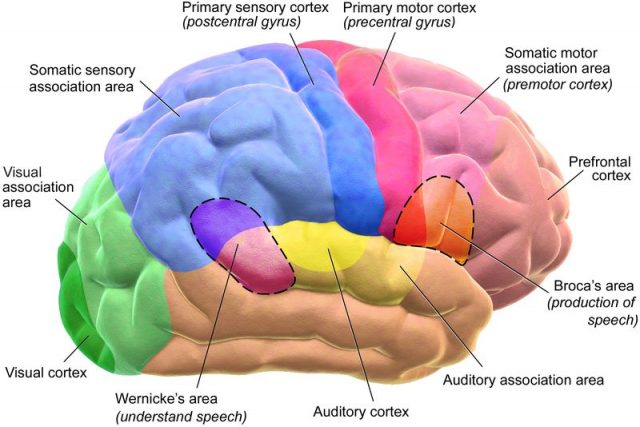 In the normal run of things, brains tend to break down quickly, as a result of a process called autolysis, which is when certain enzymes break up the tissue.  Scientists now think that this process was interrupted about three months after the man’s death.  That interruption may have been caused by acidic fluid entering the brain because of his manner of death, or because of something that happened not long afterwards.

Based on carbon dating, the man lived sometime between 673 and 482 BC, and seems to have met his end as the result of a spine fracture of the type that is common in hanging.  Exactly who he was and why he died are unknown, according to the site Science Alert, but at some point after his presumed hanging, his head was removed and put in a pit, which allowed it to become surrounded by fine-grained sediment. 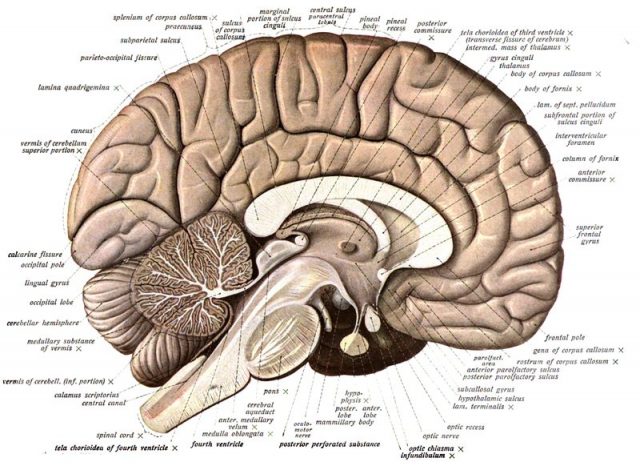 The reason that matters is because soft tissue is best preserved if it’s dried (think mummification), frozen, or in an acidic environment that is also airless. Between the sediment that encased the skull and the acidic fluid, the conditions for preservation were pretty good, but, strangely, the rest of the head, including the hair, still decomposed the way they would have been expected to after so many centuries. Clearly the conditions it was found in were not enough to explain what they found.

To try to figure out what made this particular brain special, they had to take a closer look at its proteins.  Brains are different than most other organs in that, in order to function, they need to be well-supported on the cellular level.  That is accomplished with a weave of neurons and their long bodies.  What the scientists found is that, apparently, the weave of intermediate filaments (IFs) that do this job for living brains have the ability to keep a certain amount of their integrity even after the cells themselves have deteriorated.

In the case of the Heslington brain, it was seen that the brains network of Ifs weren’t built exactly like most such IF matrixes usually are.  Analysis also showed differences in certain neural structures.

Even after having observed the differences, there still wasn’t a clear physical reason for why those structures in the brain didn’t behave in the usual way in terms of how fast they broke down.  The remarkable state of preservation seems to be due to the combination of the idiosyncrasies of this particular brain’s structure combined with environmental factors peculiar to how and where it was disposed of.

With all other things being equal, the brain was a little different, but not very much, which led the team to believe that the key factors had to do primarily with environmental factors. But with a sample size of one, there’s a real limit to how much you can extrapolate about the roles of the different factors.

Whether the team’s theory about the brain’s preservation proves to be accurate or not after continued study, its structural variations may still offer information of use to other branches of science, such as helping create models to better understand how plaques build up in our brains, according to the report.

The saying is that you can’t teach an old dog new tricks, but the Heslington brain may have new things to teach modern scientists.