What are the most-borrowed library books? Do people still check books out of the library? Some people claim that reading is a dying pastime, other than the posts people read on Instagram and Facebook and Twitter. But that simply isn’t the case, as the building of ‘brick and mortar’ bookstores around the world lately can attest. People read differently than they used to, perhaps, but most folks still devour books on a regular basis and, more importantly, use books to teach their children how to read. The books we don’t buy we borrow, from friends, family, and of course our public libraries.

They are a source of infinite joy, wisdom, knowledge and fun, and the array of books on offer cover everything from poetry to atlases, history tomes to biographies and fiction. Always lots of fiction, by authors of every imaginable discipline who write about topics ranging from science fiction to drama, humor to memoir. It’s a wide, world out there in literary terms, and books don’t ever go out of fashion, no matter what some social media pundits may claim.

As if to prove that point, the New York Public Library (NYPL) has just published a list of the top 10, most borrowed books in its 125-year history. Not surprisingly, because so many parents do rely on libraries to supply their children with books, many of the titles are classics of young adult and children’s literature. But not all. 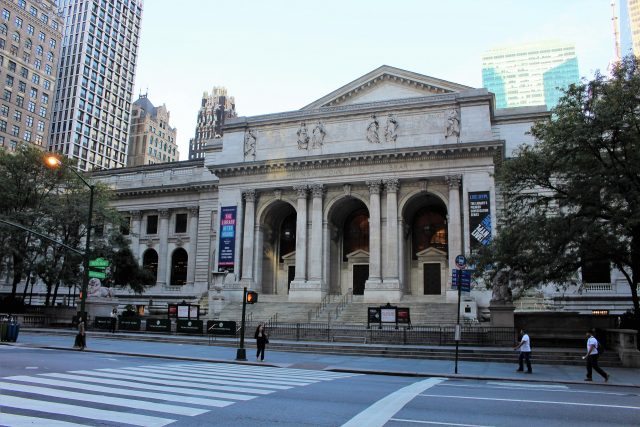 Harper Lee’s first and best novel (she published only two) To Kill A Mockingbird sits proudly at number five on the list. This classic novel, which has been described by critics as “America’s novel” (it won the Pulitzer Prize) has been a favorite of young and old since it was published in 1960.  It has been made into a play and a film, starring Gregory Peck, who won an Oscar for his portrayal of lawyer Atticus Finch.

There are other books on the “most checked out list” that are somewhat surprising. Who would have thought that “How To Win Friends and Influence People” by Dale Carnegie, published in the early 1960s, would come in at number eight? Apparently even New Yorkers, whose subscription habits were the primary basis on which the list was created, need a little help figuring how to succeed and make friends. Other fiction titles included “Fahrenheit 451” by Ray Bradbury (7th place), and “1984″ by George Orwell (3rd place). 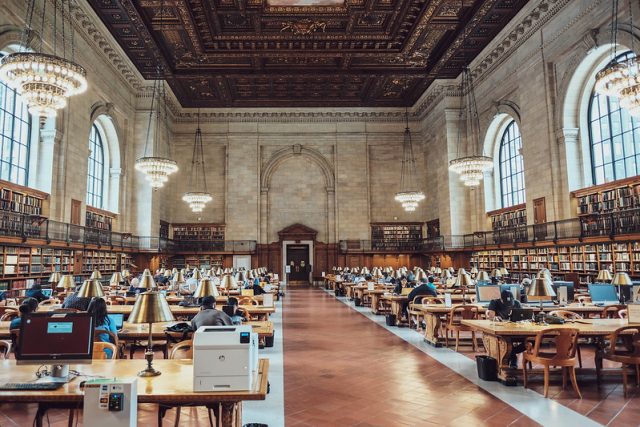 The reading room inside the New York Public Library, NYC. Photo by soomness CC by 2.0

Other classics that made the list include Maurice Sendak’s Where the Wild Things Are, E.B. White’s Charlotte’s Web, J.K. Rowling’s Harry Potter and the Sorcerer’s Stone, and Eric Carle’s The Very Hungry Caterpillar clocking in at spots four, six, nine and ten, respectively. As well the number 2 book on the list is Dr. Seuss’s 1957 classic The Cat in the Hat. These titles go to show that books for children and young adults are forever a popular choice.

The number one title on the NYPL’s list is The Snowy Day, a book by Ezra Jack Keats, first published in 1962. This choice is a revelation, of sorts, as it might not be as well known as the others and is a testament to the multi-ethnic makeup of New York City; it tells the story of a young African American boy who enjoys a snowy day in the city. 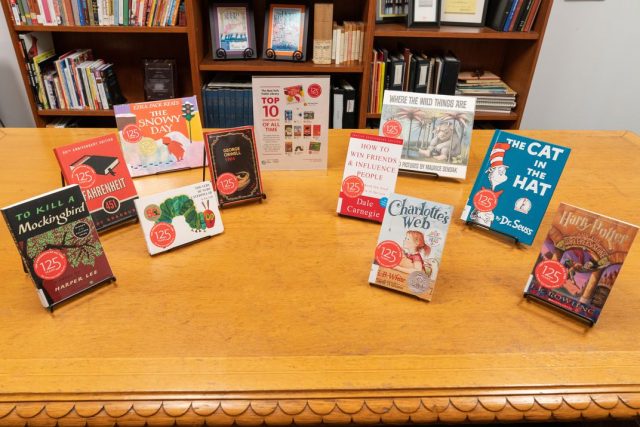 Keats found the library to be a “safe haven and an inspiration,” said NYPL librarian Deborah Pope to the New York Times the day the list was made public.  Pope added that The Snowy Day is one of the earliest children’s books by a person of color to become a massive bestseller in America, and she was delighted to discover it had been borrowed the most, of the thousands of books on her shelves. In fact, since its publication in 1962, The Snowy Day has been borrowed an incredible 485,583 times, across the library system’s 92 locations.

She also said that “part of his (Keats’) legacy has been to extend the welcome of public libraries by creating books that reference the diverse faces of the children who use the library.”

The list of the most-borrowed library books is a reminder that, in spite of all the arguments to the contrary, books — and the institutions that loan them out — are still a vital force in American culture and society.  Books offer insight, warmth, knowledge and humour. And thankfully the Internet hasn’t been able to put bookstores, and libraries, out of business; a world without them would be a much poorer place indeed.

« This Brain has Stayed Preserved for 2,600 Years and we Finally Know How
The Oldest Material Ever Found on Earth has been Discovered »