The Oldest Material Ever Found on Earth has been Discovered

Inside a meteorite that fell to Australia in 1969, the Murchison Meteorite, experts found what they call “dust grains,” and upon analysis discovered through tests that these grains are the oldest substance on Earth — 7.5 billion years old, to be exact. The team of experts, from the United States and Switzerland, told BBC News that never before has material this ancient been found, and the team studying the grains is sure the information provides new insights into our galaxy. 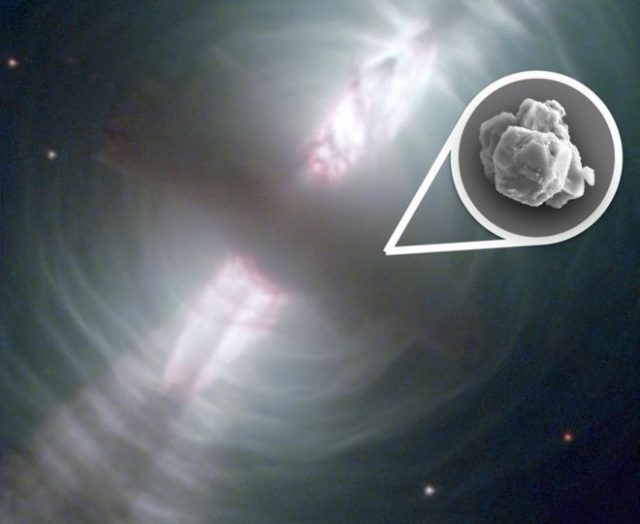 Some of the pre-solar grains in the Murchison meteorite (inset bubble) could have come from evolved stars similar to the Egg Nebula (main picture). Photo by ESA/HUBBLE/NASA/JANAÍNA ÁVILA

Two Americans who worked on the study, Dr. Philipp Heck and Jennika Greer, both work at the Field Museum in Chicago, and are professors with the University of Chicago. Heck, who led the study, said “they’re solid samples of stars, real stardust…Thanks to the grains, we now have discovered evidence for a period of enhanced star formation in our galaxy seven billion years ago, with samples from meteorites. This is one of the key findings of our study.” 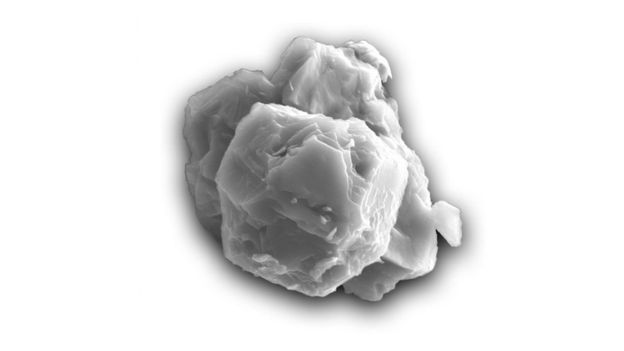 Scanning electron micrograph of a pre-solar grain. This sample is about 8 micrometers long. Image by JANAÍNA N. ÁVILA

The experts dissolved the grains in acid, Greer said, to get the results they were seeking. “It starts with crushing fragments of the meteorite down to a powder,” Greer explained. “Once all the pieces are segregated,” she explained, “it’s a kind of paste, and it has a pungent characteristic — it smells like rotten peanut butter.” It’s that paste that was then put in acid, which led to only the dust being left behind. “It’s like burning down the haystack to find the needle,” Heck quipped.

Scientists then assessed how many elements were in the dust, and how long grains were subjected to cosmic rays. Once that information was gathered, that gave the team an almost exact idea of just how old the grains are. The new insights offer fresh data on how stars form — in clusters, or at a steady pace over time, or does that formation ebb and flow? 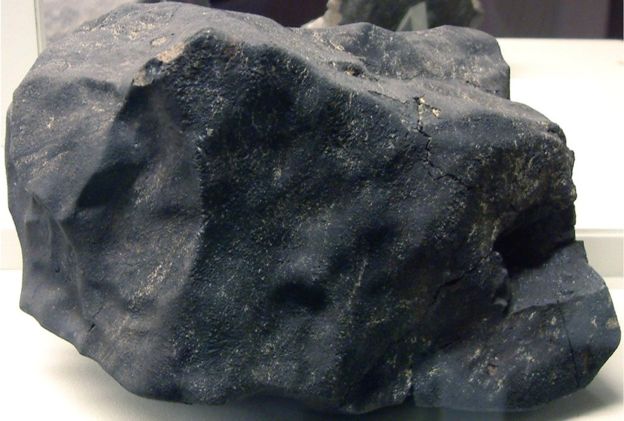 The Murchison meteorite. Photo by James St. John CC by 2.0

It all seems a bit esoteric to those of us not in astrophysics, but knowing the age of the Earth, and the stars in our galaxy, helps scientists learn about the very formation of our cosmic universe. Until now, experts believed the oldest stars were “only” 5.5 billion years old.

And the search for new info is far from over, if Heck and his team have anything to do with it. He told the BBC, “I am sure there are older pre-solar minerals in the Murchison and other meteorites — we just haven’t found them yet.” Another piece of evidence gleaned by the study is that often grains like this stick together, “like granola,” Heck said, and simply drift through space — another new finding.

“No one thought this was possible at that scale,” Heck confirmed. He and his colleagues plan to keep examining the dust, currently the oldest known material on Earth, hoping that perhaps they will find even older grains within it. Heck and his team published their findings in the Proceedings of the National Academy of Sciences on January 13th.

In an article for the University of Chicago’s website, Heck said, “this is one of the most exciting studies I’ve worked on. These are the oldest solid materials ever found, and they tell us how stars formed in our galaxy… With this study, we have determined the lifetimes of stardust…It’s the next best thing to being able to take a sample directly from a star.”

To those of us who only know stars as something we wish upon, Heck’s enthusiasm for these interstellar rocks may seem a bit baffling. He, however, says he would never pursue any other science. “It’s awesome,” he enthused to his university’s website.

“It’s the most interesting thing in the world.” Where most of us see an old, grey rock, Heck sees the possibility for infinite wisdom, and the opportunity to learn about everything in the cosmos — just the talent one wants in people who study the stars.