Valak: Nun or a Little Boy? The Truth About the 17th-Century Demon Made Famous in Films

Thanks to the Conjuring universe, more specifically the 2018 film The Nun, the name ‘Valak’ has re-emerged in modern-day popular culture. Realistically, though, not a lot of people know who, or what, Valak truly is. It doesn’t help that the film took artistic liberty to alter the imagery that was originally associated with the mythological demon when it turned the common conception of Valak into a nun. Here we explain the truth behind the demon Valak.

Who or what is Valak? 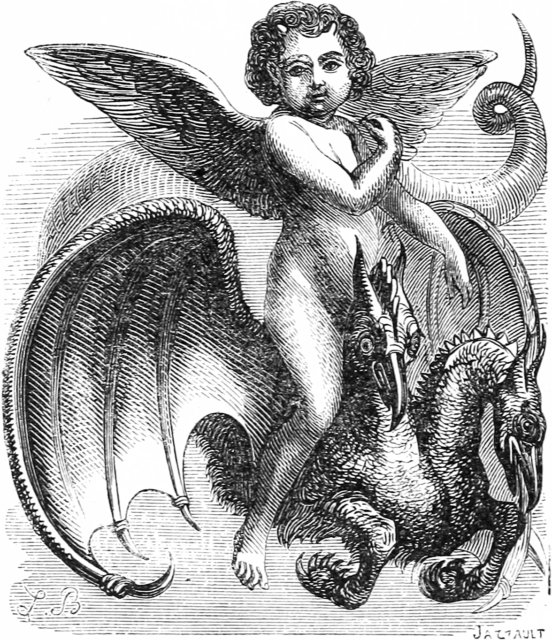 The original imagery of the demon Valak is portrayed as a child with angel wings that rides a two-headed dragon. (Photo Credit: Louis Le Breton / Wikimedia Commons / Public Domain)

Valak is a demon who takes the form of a young boy who has the wings of an angel but is far from angelic. He rides a two-headed dragon and has the ability to control serpentine spirits that do his evil bidding. His use of a child’s form convinces victims that he is innocent, but he lures them to meet painful ends. However, in full evocation, he is seen as a pale man with black hair and dark eyes.

Valak is sometimes blamed for the Children’s Crusades to the Holy Land, when thousands of young people were sold into slavery in 1212 AD. He is also sometimes blamed for the Pied Piper incident in 1284 when 130 children had gone missing in the German village of Hamelin. Valak seems to target children, as they are easily persuaded, but he does not limit himself to them – he can lure adults too.

When does Valak first appear in history? 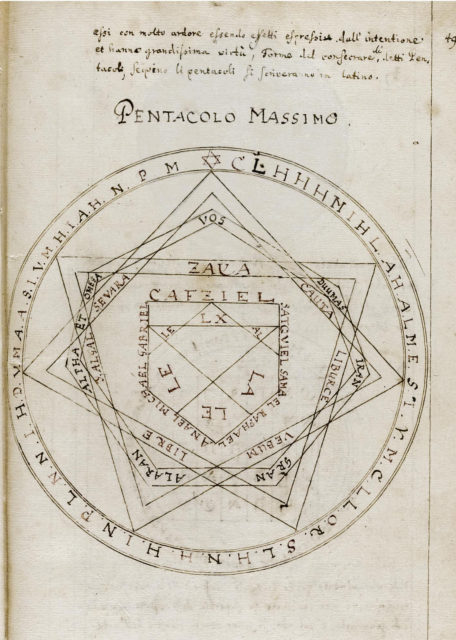 The first written appearance of Valak in history comes from the 17th grimoire titled The Lesser Key of Solomon. Grimoires are spell books that contain symbols, incantations, charms, and instructions for invocations. The Solomon referred to in the book is the same as the stories of King Solomon of the Old Testament, and the book lists 72 demons that he supposedly vanquished during his reign. Valak is referenced in other texts, but his name takes on multiple spellings, including Ualac, Valu, Doolas, and Volac.

In The Lesser Key of Solomon, Valak’s description reads, “He is a President Might and Great, and appeareth like a Child with Angel’s Wings, riding on a Two-headed Dragon. His Office is to give True Answers of Hidden Treasures, and to tell where Serpents may be seen. The which he will bring unto the Exorcisor without any Force or Strength being by him employed. He governeth 38 Legions of Spirits, and his Seal is thus.”

Banned by the Church 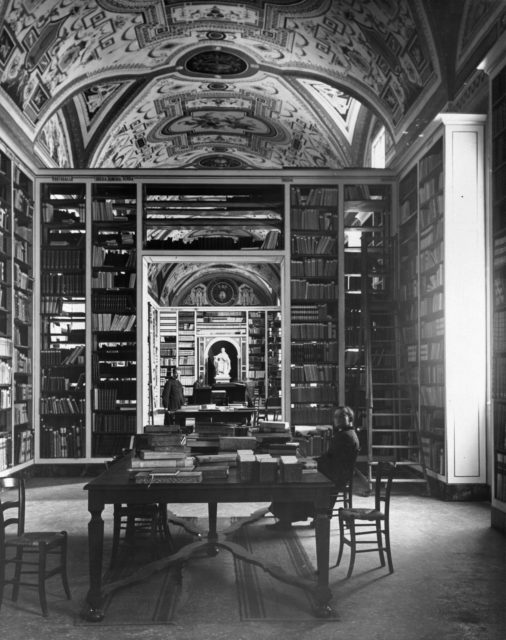 The Lesser Key of Solomon provides each demon’s name as well as instructions on how to expel them should the reader come into contact with any of them. Valak appears as the 62nd demon. Despite its reference to King Solomon, the Bible makes no reference to Solomon’s 72 demons.

Despite the Church’s disapproval of the grimoire, it could still be found in the possession of many Catholic priests, and it continued to be hugely popular throughout Europe. Even today, The Lesser Key of Solomon can be read and used to conjure spirits – if one dares to try.

Was the demon in The Nun really Valak? 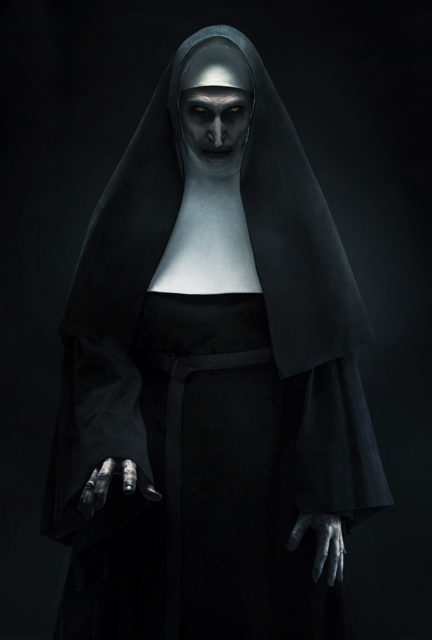 Although Valak has been known throughout history, the demon has reappeared in recent popular culture. Valak is the name of the demonic nun figure in the film The Nun (2018), which is a prequel to the Conjuring horror universe. Valak’s portrayal in the film is inconsistent with its mythological portrayal in history, as Valak has never before been seen in this way.

Valak has also never been depicted as a female. His most defining characteristic is that he appears in the form of an innocent little boy. There is actually almost nothing linking the mythological demon Valak with the demon portrayed in the film other than them sharing the same name. So how did the name Valak end up being used in this film?

The Haunting of Borley 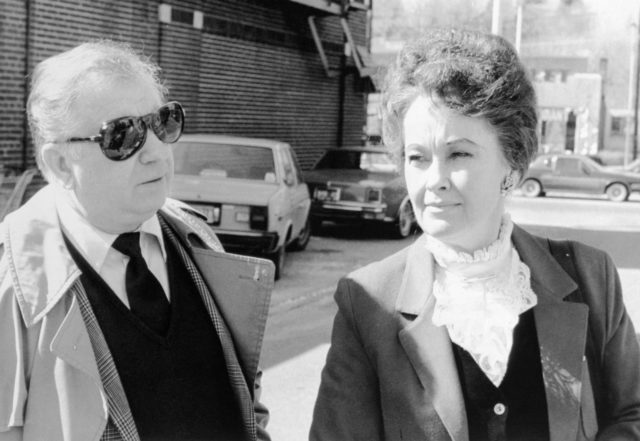 Ghost hunters Ed and Lorraine Warren arrive at Danbury Superior Court, March 19, 1981, where a grand jury returned an indictment against Arne Cheyenne Johnson in the slaying of Alan Bono, 40, on February 16, 1981, in Broofield, Connecticut. Lorraine Warren was one of the persons to talk with the 19-year-old man after the slaying which his attorney says was the work of the devil. (Photo Credit: Bettman / Getty Images)

The film, The Nun, used inspiration from Lorraine and Ed Warren. Lorraine claimed to be a clairvoyant and medium who could see and speak with spirits, and Ed was a self-professed demonologist. The couple came to fame in the 1970s after the Amityville haunting, even though it was largely considered a hoax. They continued their paranormal investigations long afterward.

The Warrens claimed to have investigated over 10,000 cases of paranormal activity during their careers, and as devout Catholics, some of these cases took on religious forms. The case that truly inspired the nun spirit in the film came from Lorraine’s account of the haunting of Borley.

The Warrens were sent to investigate a haunted church in Borley, southern England when Lorraine encountered the demonic spirit. The church was believed to be haunted by the ghost of a nun who had been buried alive in the brick walls of the convent after it was discovered that she was having an affair with a monk.

Lorraine described the “spectral entity” as a “swirling tornado vortex with a hooded figure.” She had recurring dreams of a hooded and veiled figure with female energy. It often attacked her husband, and over the course of several months and years, this spirit haunted Lorraine in her sleep. She even began to see this spirit while she was awake.

How Valak became a nun 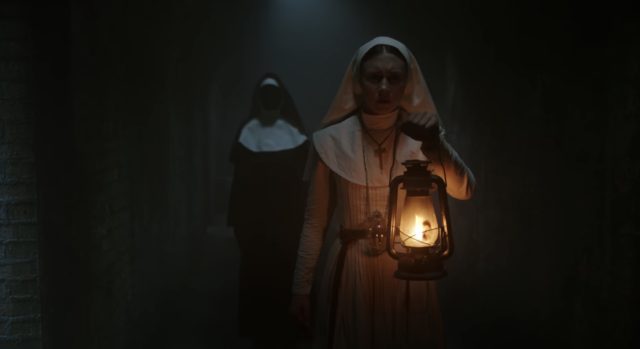 In the film, a young nun is haunted by a demonic spirit who takes on the form of a nun itself and goes by the name of ‘Valak.’ (Photo Credit: New Line Cinema / Atomic Monster Productions / The Safran Company / jeffw616 / MovieStillsDB)

Similar to the church in Borley, the film centers on the very real Cisterian monastery, the Cârța Monastery, which was constructed in the 1200s in Transylvania, southern Romania. The monastery was built in the shape of a cross and was later badly damaged, making it the perfect inspiration for a haunting to take place in the 2018 film.

James Wan, the producer of the film, listened to Lorraine’s description of the demon that continued to haunt her from Borley and knew he wanted that to be the inspiration for his demon, he just wasn’t sure how to incorporate it. “I remember hearing that and my first thought was, ‘Oh crap, that’s going to be a CGI character.’ I didn’t want to do that,” said Wan.

“And so, it kind of took me a while to cement in my head what this vision was,” he continued. “And it came across eventually in a very organic way. Because it is a demonic vision that haunts her, that only attacks her, I wanted something that would attack her faith. Something that would threaten the safety of her husband. And so that was eventually how the idea of this very iconographic image of a holy icon cemented in my head.”

More from us: The Terrifying Real-Life Inspiration for ‘The Exorcist’

So although Wan’s imagery has virtually nothing to do with the mythological demon Valak, the 2018 film pushed its name back into popular culture and had the world curious as to what Valak truly is. We aren’t sure what’s scarier: a demonic child, or a demonic nun.