The Terrifying Real-Life Inspiration for ‘The Exorcist’

The Exorcist is one of the most well-known films of all time. Based on the William Peter Blatty novel of the same name, it depicts what happens to a young girl after she becomes possessed by an unknown entity. It terrified audiences upon its release, and what many might not know is that it’s based on a true story. 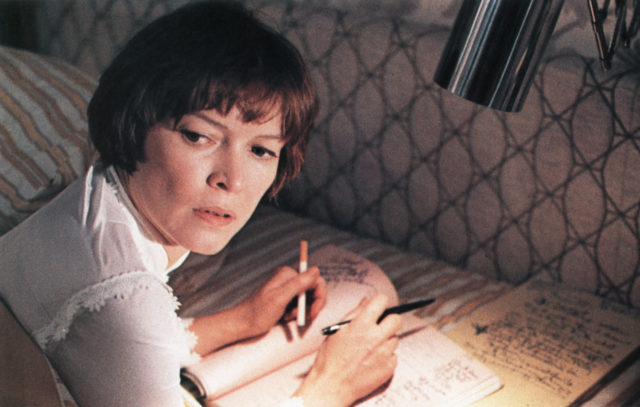 The boy known as “Roland Doe” was born to a German Lutheran family, and in the 1940s was living with his family in Cottage City, Maryland. An only child, he spent much of his time with his Aunt Harriet, a spiritualist who introduced him to the Ouija board.

Following Harriet’s death, Roland began to exhibit unusual behavior, and strange things began to occur whenever he was around. According to reports, there were unexplained scratching sounds coming from the floor and walls of his room, flying objects, water dripping inexplicably from the pipes and furniture moving of its own accord.

Concerned, Roland’s family approached their Lutheran pastor, Luther Miles Schulze, who arranged for the 14-year-old to spend the night under observation at his home. During Roland’s stay, Schulze reported witnessing moving furniture and household objects flying across the room.

Concerned, he advised the family to “see a Catholic priest.”

The multiple exorcisms of Roland Doe 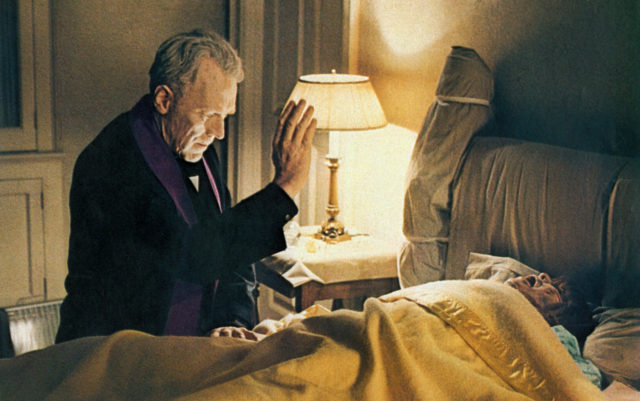 After deciding they needed the church to intervene, Roland Doe’s family contacted Edward Hughes, a Roman Catholic priest, who agreed to perform an exorcism at Georgetown University Hospital. During the exorcism, Roland allegedly slipped out of his arm restraints and took a bedspring from the mattress, using it to slash the priest’s arms.

A few days later, red marks appeared on Roland’s body, including one forming the word “LOUIS.” His mother took this as a sign that the family needed to travel to St. Louis, Missouri, which they did. Once there, they were put in contact with William S. Bowdern, an associate of College Church.

He, along with another priest, Father Walter Halloran, observed Roland Doe at a relative’s home, during which they noted flying objects, strange markings on Roland’s skin, the bed shaking, and the boy speaking in a guttural voice and having an aversion to religious items. They also found he was relatively normal during the day and only exhibited this unusual behavior at night.

They agreed to perform an exorcism.

Bowdern reportedly conducted over 20 exorcisms on Roland Doe. During the final exorcism, numerous markings appeared on the young boy’s skin, and during the Litany of the Saints the mattress began to shake and Halloran’s nose was broken. When all was said and done, Roland was allegedly freed from whatever had been possessing him and went on to lead “a rather ordinary life.” 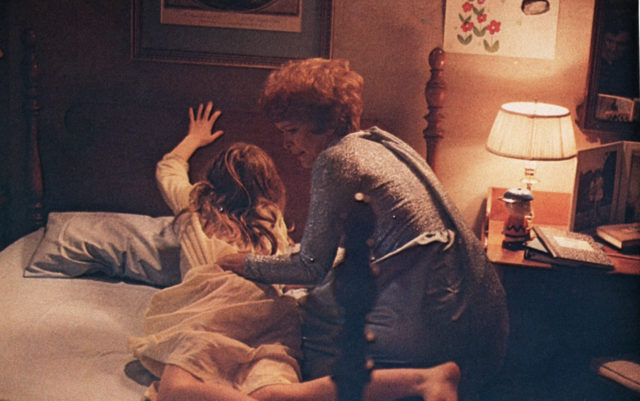 According to author Thomas B. Allen, one of the priests present during Bowdern’s exorcisms, Father Raymond J. Bishop, kept a diary, in which he detailed what happened. He also spoke to Halloran. He is alleged to have “expressed his skepticism about potential paranormal events before his death,” and refused to verify that Roland Doe had actually been possessed, saying he “didn’t feel I was qualified.”

There is much skepticism surrounding Roland Doe’s exorcism, with author Mark Opsasnick questioning the paranormal details of the accounts. He believes Roland was a spoiled child who threw tantrums to get attention, and alleges Halloran never experienced what he claimed, including changes in Roland’s voice. As for the red marks, Opsasnick feels the boy scratched himself during his tantrums.

Above all, Opsasnick said the majority of what’s accepted about the story is based on hearsay and was never documented or fact-checked. This goes against accounts from the time, wherein one stated  “forty-eight people witnessed” one of the exorcisms, “nine of them Jesuits.”

What was kept the same and what was changed? 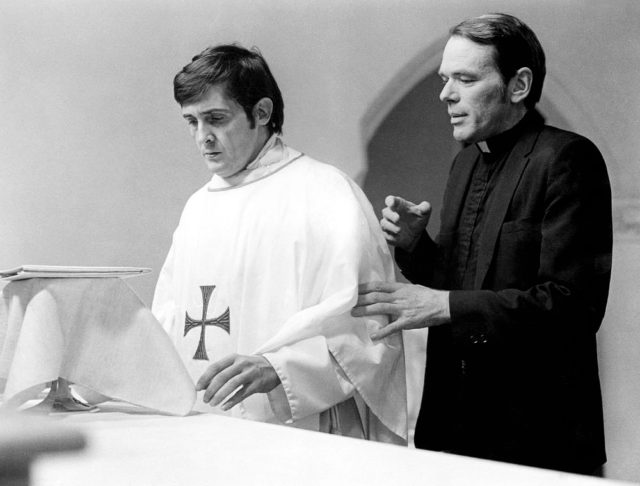 William Peter Blatty first heard of Roland Doe’s story while he was a senior at Georgetown University in Washington, DC. It was told to him by his professor, Father Eugene Gallagher, and he later reached out to Father Halloran. This prompted him to write The Exorcist, which was later adapted into the award-winning film of the same name. Due to its content, it has been dubbed “the scariest movie ever made” and “the scariest movie of all time.”

While based on Roland’s exorcisms, Blatty took some liberties with the details he presented in the book, to both protect the young boy’s identity and make the overall store more appealing to readers.

Among the changes he made were switching 14-year-old Roland with a 12-year-old girl named Reagan MacNeil and drastically shrinking the immediate family to just her and her mother, Chris. As well, Blatty chose to include the infamous instances of head-spinning and ceiling crawling, despite them having never been confirmed or denied, and opted to change the red marks on Reagan’s skin to say “HELP ME,” as opposed to “LOUIS.”

That being said, the story told in The Exorcist almost directly follows the sequence of events discussed in reports and witness accounts of Roland’s exorcisms. For example, both he and Reagan begin acting oddly after using an Ouija board and develop an aversion to religious objects. As well, both only act out during the night. 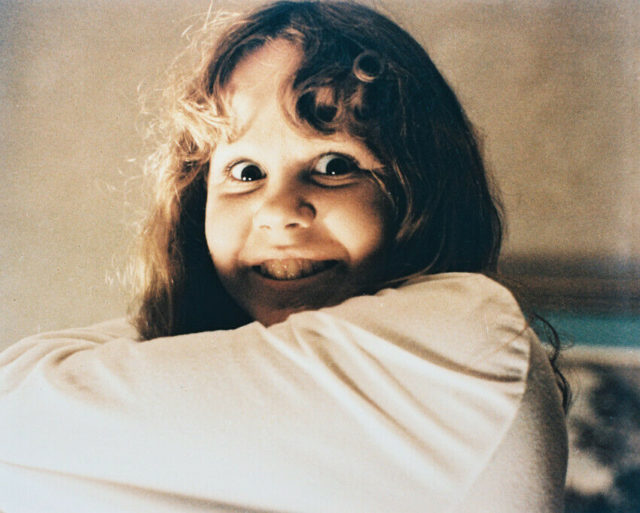 While his true identity remained a mystery for decades, it appears we finally know Roland Doe’s real name. According to a report published by the New York Post in December 2021, he was Ronald Edwin Hunkeler, who lived from June 1, 1935 to May 10, 2020. His identity was discovered by JD Sword during the research process for his podcast, The Devil in the Details.

Hunkeler grew up to be a NASA engineer and patented the technology used to make space shuttle panels resistant to heat. According to a colleague, he was terrified of those he worked with discovering his true identity, and until his death largely kept quiet about the exorcisms.

More from us: Shelley Duvall’s Traumatic Experience Making ‘The Shining’ Scarred her for Life

While the wider public might not have been aware of Roland Doe’s identity, it’s been reported that it was an open secret among the local Jesuit community. His identity was also supposedly known to a couple of academics and reporters who looked into the story following the release of The Exorcist film.

« Colonel Sanders Wasn’t a Real Colonel
Can People Really Get Away With Crime In Yellowstone’s ‘No-Man’s Land’? »