Mother Nature isn’t to be underestimated, especially when it comes to winter storms. Light flurries can quickly turn into a blizzard that drops feet of snow. That’s what happened on January 28, 1922, when the roof of Washington, DC’s Knickerbocker Theatre collapsed onto an audience of moviegoers.

The Knickerbocker Theatre in Washington, DC was built in 1917, and until its collapse in 1922 was the largest movie house in the area. It was located at the corner of 18th Street and northwest Columbia Street, could seat 1,500 people and was known for hosting a talented orchestra alongside its silent film showings. 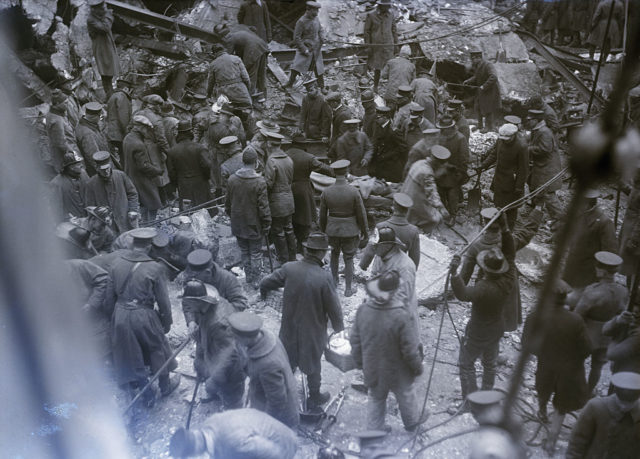 On the evening of January 28, 1922, between 200 and 300 people descended upon the Knickerbocker to watch the now-lost silent film comedy, Get-Rich-Quick Wallingford. For 25 cents apiece, the crowd was anticipating a night of laughs alongside an 11-person orchestra.

Tragedy strikes during a blizzard

From January 27 to 28, 1922, Washington was hit by a blizzard that brought with it record-level snowfall – 28 inches. It was initially forecasted to be a mild event, but as it was a slow-moving system centered off the Atlantic coast, it ended up dropping more snow than anticipated. While Virginia and the Carolinas were buried, Washington was the hardest hit. 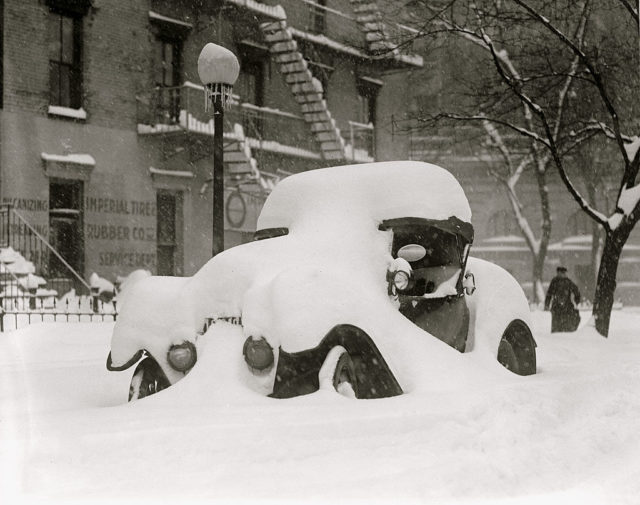 The night at the Knickerbocker started off as normal. Things took a turn around 9:00 PM, following the intermission. According to survivors of the incident, there was a loud hissing sound, akin to ripping sheets, followed by a cloud of dust enveloping the orchestra. As there was no indication something bad was about to happen, its members kept playing and the audience remained in their seats.

Just then, the theater’s flat roof split down the middle, unable to take the weight of the snow, and the support beams along the walls broke free. Before anyone had time to react, the roof came down in one large piece, striking the balcony on its way and knocking off chunks of brick walls. The impact of the slab of concrete hitting the floor was so strong that it reportedly created a gust of air that blew out the windows and doors and ejected at least two moviegoers from the building. 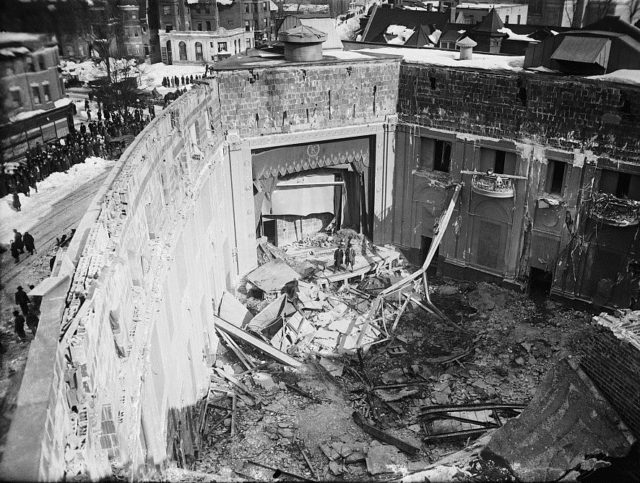 Due to the weight of the concrete slab, the majority of those in the audience were either killed instantly or trapped beneath the rubble, which consisted of brick, plaster and twisted metal beams.

Almost immediately, rescue crews consisting of soldiers, police officers and firefighters descended upon the Knickerbocker. Among those to respond were General John F. Pershing, with his Marines and Army soldiers, and Major George Patton. Patton was called to coordinate the search effort, despite recovering from an allergic reaction to seafood. 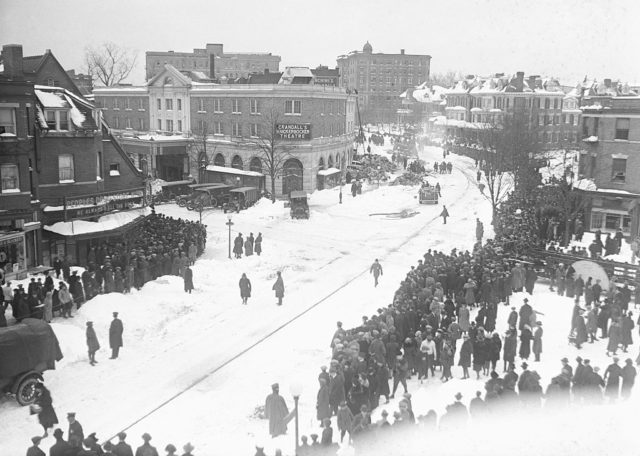 There were 200 emergency responders at the scene at 12:00 AM, and by 6:30 AM that number had increased to 600. Residents crowded around to observe what had happened and offer whatever aid they could. They provided blankets and bandages to the injured and coffee and hot food for the rescue crews.

Nearby houses and stores were converted into temporary first-aid stations, while ambulances from Walter Reed Medical Center evacuated patients to nearby hospitals. In total, 98 people lost their lives and another 133 were injured, making it the deadliest disaster the city had ever experienced.

Fallout and a change in building codes

A subsequent investigation by Congress and the city found the theater’s roof had only been propped up by the building’s walls. A grand jury indicted the architect, Reginald W. Geare, and four others on manslaughter charges. Its owner, Harry M. Crandall, also had a lawsuit filed against him. However, as the building met code for the time, all charges were dismissed.

While they’d been cleared of any wrongdoing, the tragedy stayed with Crandall and Geare, who both took their own lives. 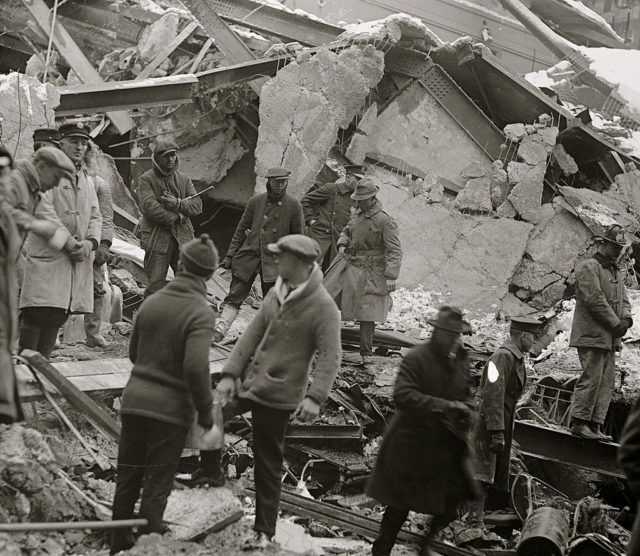 In response to the roof collapse, Washington’s building codes were updated to ensure L-beams were used in construction projects.

A year and a half later, the Ambassador Theater was built on the site. It was never a success, and in 1969 was knocked down and replaced by a SunTrust bank location. 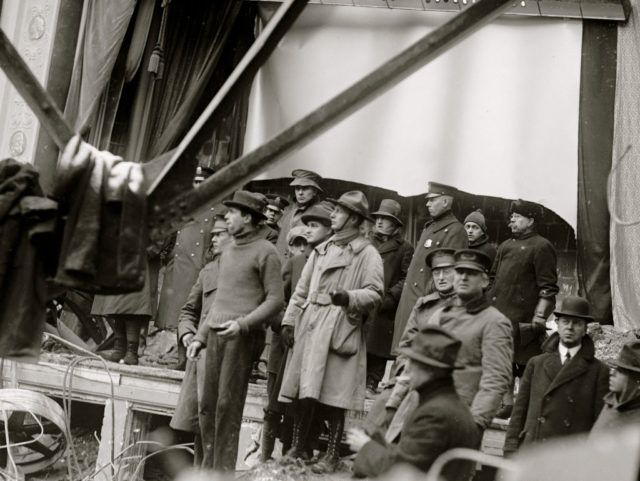 Today, there is a public plaza occupying where the Knickerbocker Theatre once stood. No monument is around to indicate what happened 100 years ago, aside from a small historical marker across the street.

More from us: One of the Worst Floods in Boston’s History Involved Molasses

There are plans to redevelop the site, but they have been met with community opposition. There has also been renewed discussion over constructing a permanent memorial for those who perished that night.

« Milky Smooth? Pull the Udder One! Dairy Danger in the 19th Century
A Rare Peek at Classic Hollywood Stars at Home »