A Rare Peek at Classic Hollywood Stars at Home

With the rise of social media, it’s easy for us to take an inside look at the lives of Hollywood’s most famous individuals. Today, people post intimate details about their lives on the internet, meaning we get to see how even the biggest stars act while they’re at home. However, this hasn’t always been the case. Before the rise of social media, Hollywood stars had an air of mystery about them.

These rare photos of vintage Hollywood stars capture what they were really like behind closed doors – and it turns out they’re just like us! 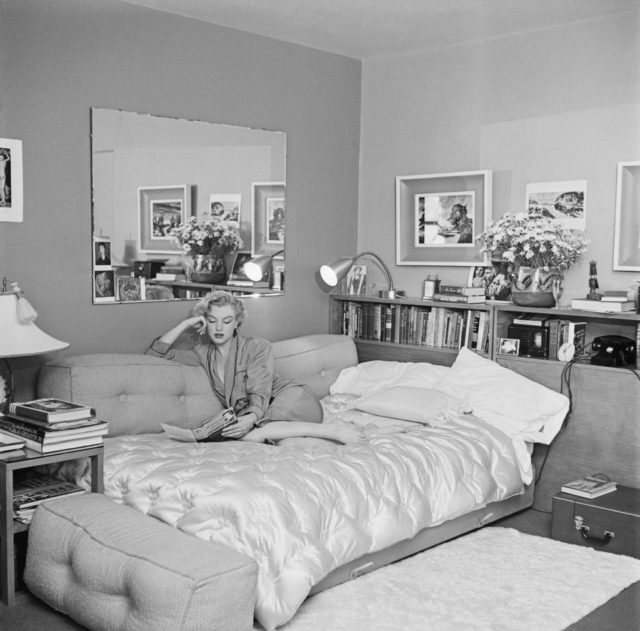 Marilyn Monroe is seen relaxing on a sofa bed at home in 1951, reading The Poetry and Prose of Heinrich Heine. In 1999, the volume of poetry she is reading in this photo was auctioned off at a Christie’s auction in New York. 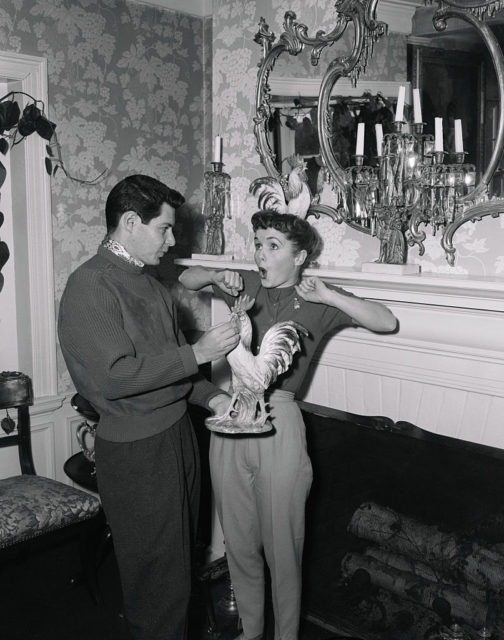 Singer Eddie Fisher and actress Debbie Reynolds goofing around at their home in Pacific Palisades, circa 1955. Fisher had recently signed a long-term contract with NBC and RCA Victor, while Debbie Reynolds had just wrapped up The Catered Affair with MGM.

Letting off some steam 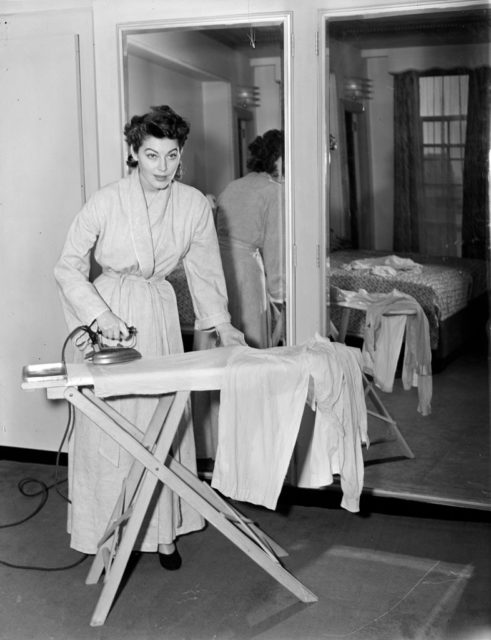 Film actress Ava Gardner is just like everyone else! Here we see her taking a break from all the glitz and glamour of Hollywood to iron her pajamas at home. 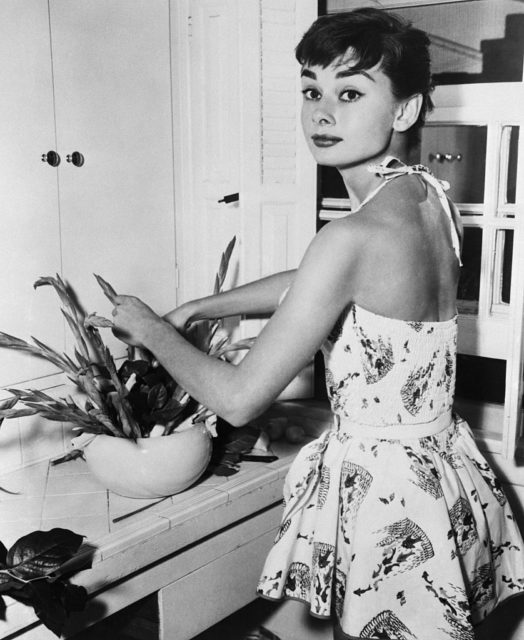 Academy Award-winning actress Aubrey Hepburn arranges a plant in her Manhattan apartment circa 1954. 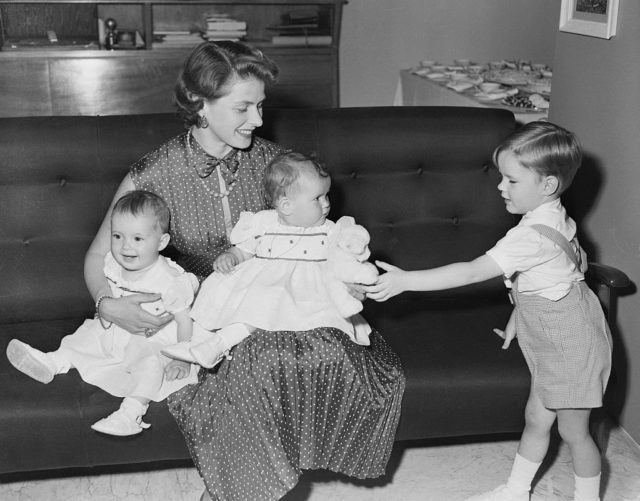 Swedish actress Ingrid Bergman is at home with her twin daughters and young son in 1953. The Casablanca star was celebrating the first birthday of her twin daughters Isotta and Isabella with her husband, Roberto Rossellini. Her son, Robertino, is playing with one of his sisters. 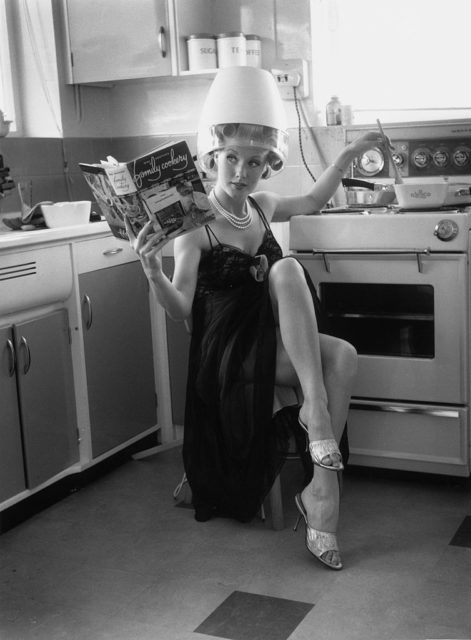 Actress Barbara Roscoe proves she is the queen of multitasking while at home in 1963. She operates the stove reading a cookbook while waiting for her hair to set.

Take a load off 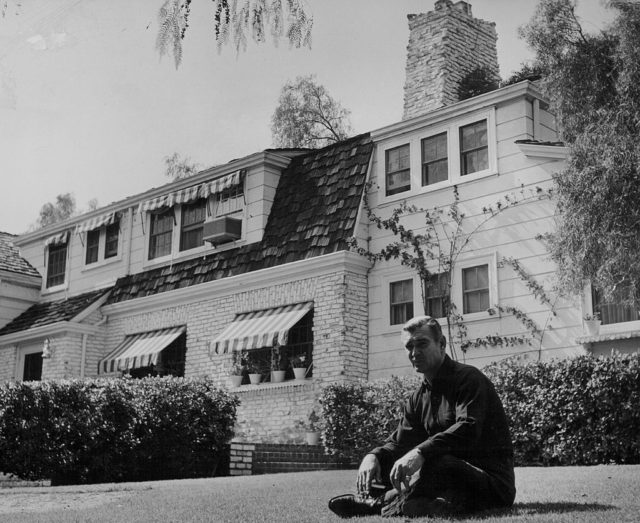 Gone with the Wind star Clark Gable sits outside his home in Encino, California, 1951. Tragically in 1942, Gable lost his wife, actress Carole Lombard, in a terrible plane crash. 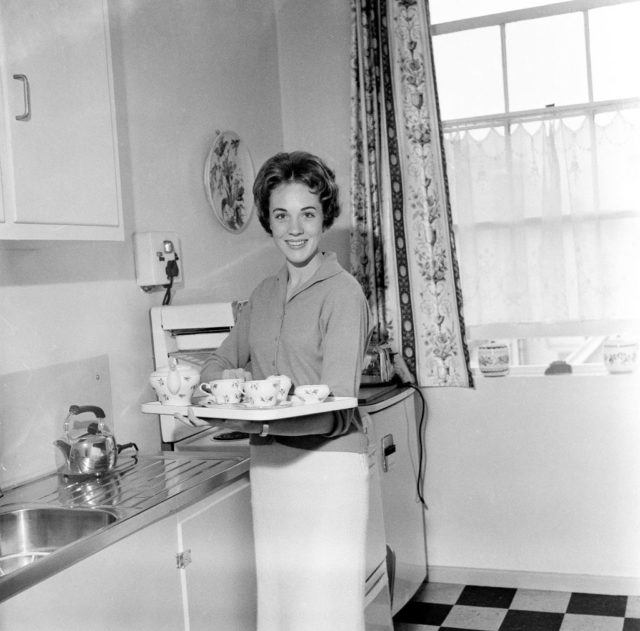 The Sound of Music actress Julie Andrews looks sweet as she prepares tea in the kitchen of her London apartment in 1959.

Must have made a recent stop at the grocery store 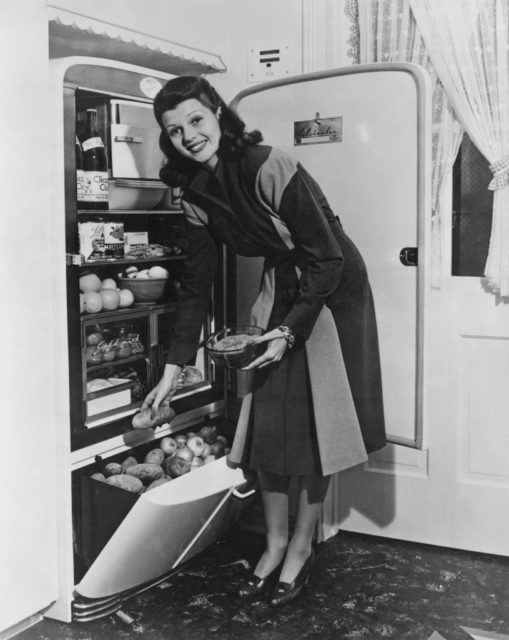 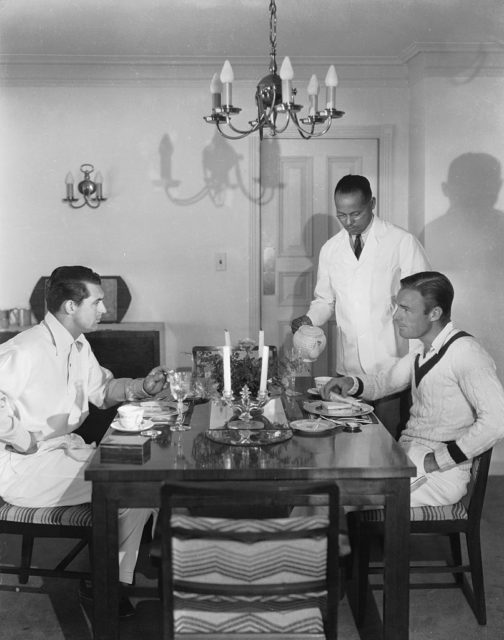 Cary Grant and actor Randolph Scott lived together on and off for 12 years. At the time, their home was jokingly referred to as “Bachelor Hall.” However, rumors suggest that the two actors were more than friends while they lived together. Here they are having tea at their beach house in Malibu in 1935 after Grant separated from Virginia Cherrill. 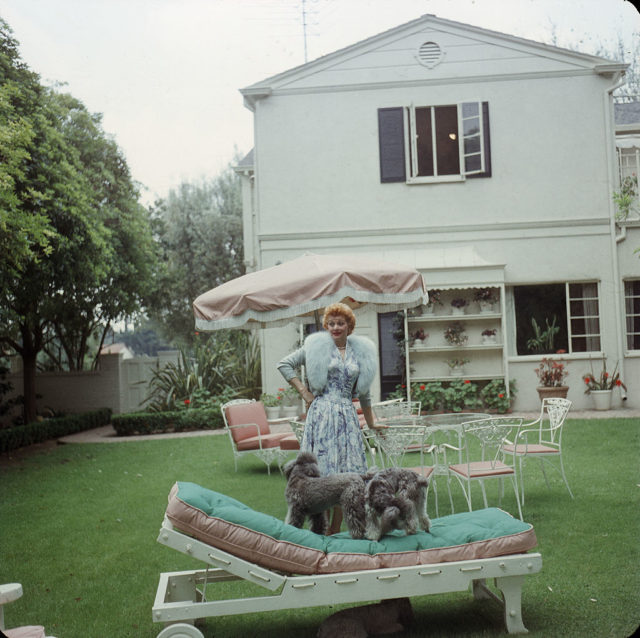 This is actress, comedian, and dog mom Lucille Ball playing in the backyard of her home in Los Angeles with her two puppies in the late 1950s. 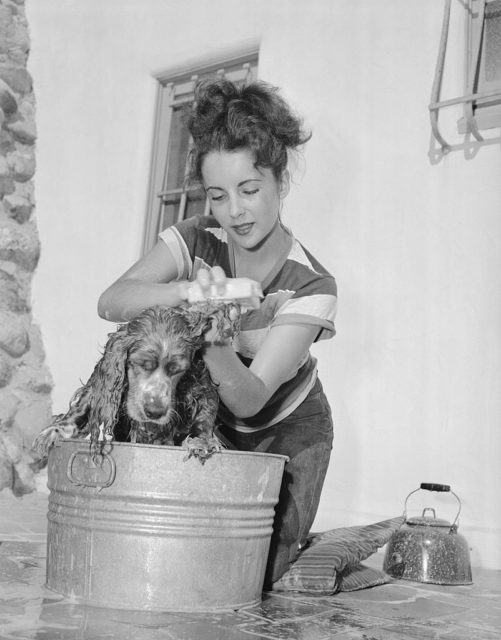 Speaking of dog moms, here we see 17-year-old Elizabeth Taylor giving her golden cocker spaniel named Amy a bath on the patio of her Hollywood home, 1940. 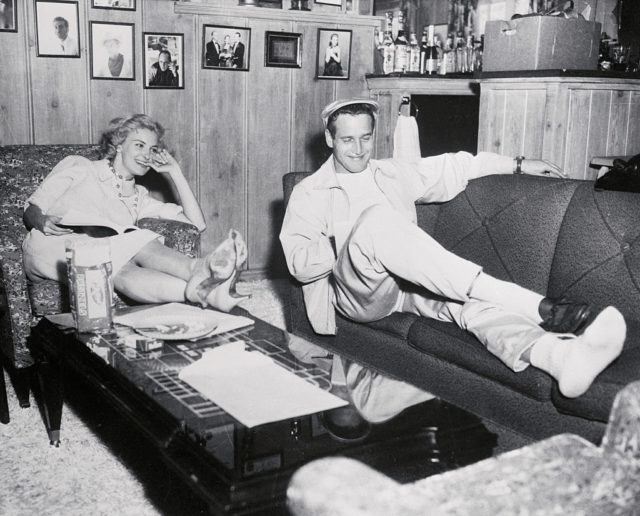 Paul Newman and Joanne Woodward were one of Hollywood’s longest married couples. Their union spanned 50 years until Newman’s death in 2008. Here, the couple is pictured relaxing at home reviewing scripts shortly after they were married in December 1958.

More from us: Awkward Vintage Photos of Classic Hollywood Stars Posing With Turkeys 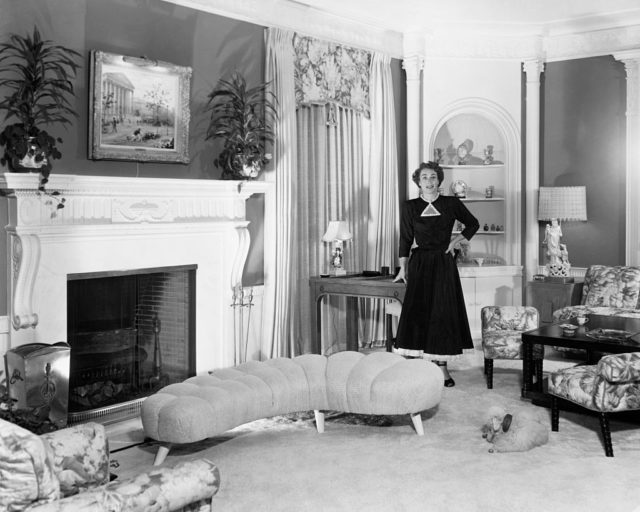 Actress Joan Crawford strikes a pose in her spacious Brentwood home in California. Crawford was often criticized for how often she remodeled her home.

In a 1935 issue of Photoplay magazine, Joan addressed this criticism, saying, “I’ve been criticized for being a faddist about my home in decorating and redecorating it with my change of mood. That’s absurd, of course. But I couldn’t live in that house if not a stick of furniture had been changed from the way it was when I first moved in. Because the same person isn’t living there!”