10+ Rare, Candid Photos That Show A Different Side Of History

Photographs are a great way to memorialize and remember historical events. However, the issue with famous historical photographs is that they only show one side of the event. Here, we have uncovered candid photos that show us a different side of history. 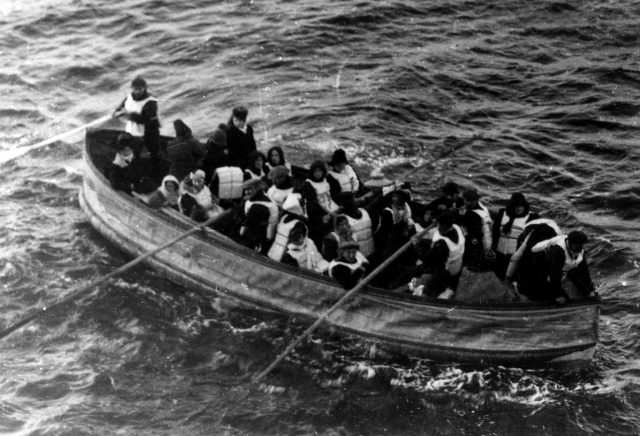 Titanic survivors in a lifeboat after the sinking of the ship. (Photo Credit: National Archives and Records Administration via Wikimedia Commons, Public Domain)

It is easy to conjure up images of the RMS Titanic, but here we see the aftermath of the disaster. In this photo, the ship’s “Collapsible D” lifeboat approaches the RMS Carpathia. “Collapsible D” was the last lifeboat to be lowered from the port side of Titanic. 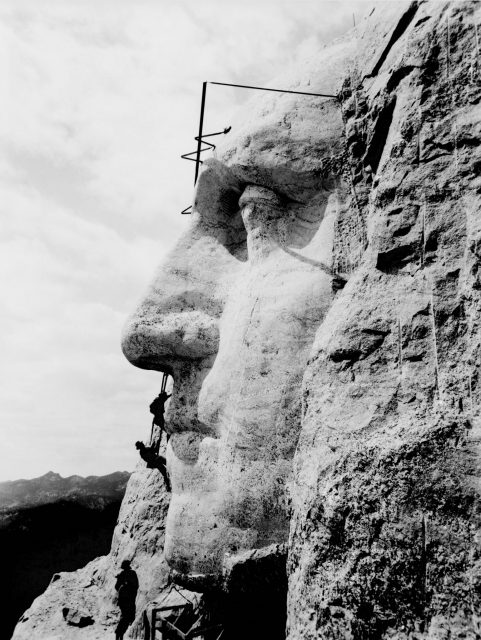 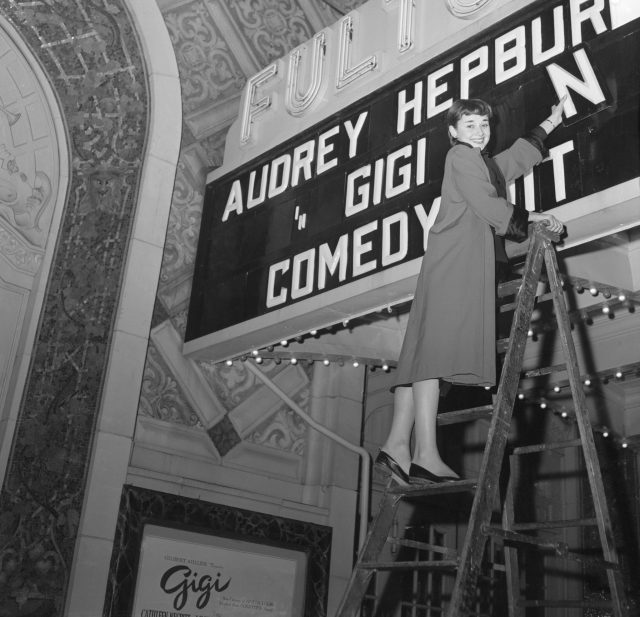 Audrey Hepburn placing her name on the top of the theatre’s marquee. She was starring in the Broadway play Gigi. (Photo Credit: Bettmann/ Getty Images)

Audrey Hepburn burst on the scene with her portrayal of Gigi in 1951. Here, we see her excited for her big debut as she puts the letters for her own name on the theatre’s marquee. 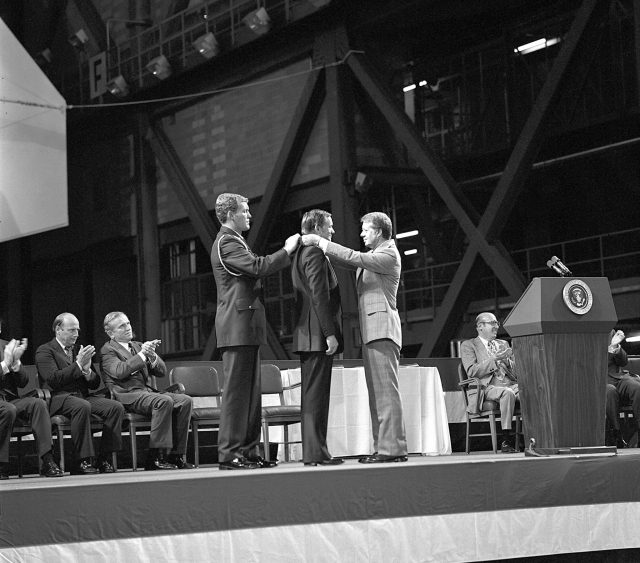 Not only was Neil Armstrong the first person to walk on the moon, but he was also the first-ever recipient of the Congressional Space Medal of Honor in 1978. During this ceremony, then-president Jimmy Carter bestowed this honor on Neil Armstrong and five other space trailblazers, including Frank Borman, Pete Conrad, John Glenn, Gus Grissom, and Alan Shepard. 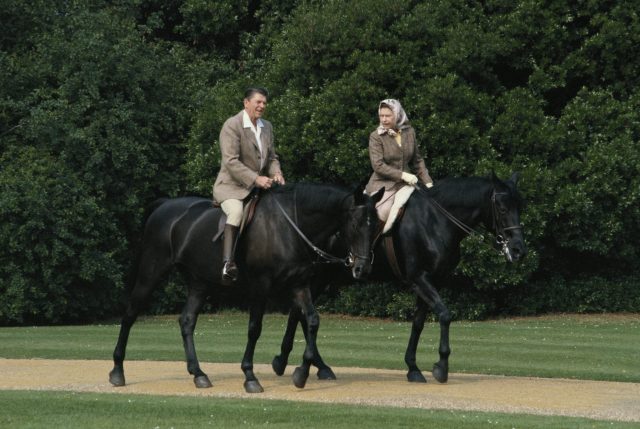 Here we see then-president Ronald Reagan and Queen Elizabeth II take a break from diplomatic discussions to ride horses around Windsor Castle. The official state visit between the Queen and President lasted only 48 hours, but according to The Telegraph, nearly 500 pages worth of British diplomatic files were created.

6. Raquel Welch stirring up drama on ‘The Dick Cavett Show’ 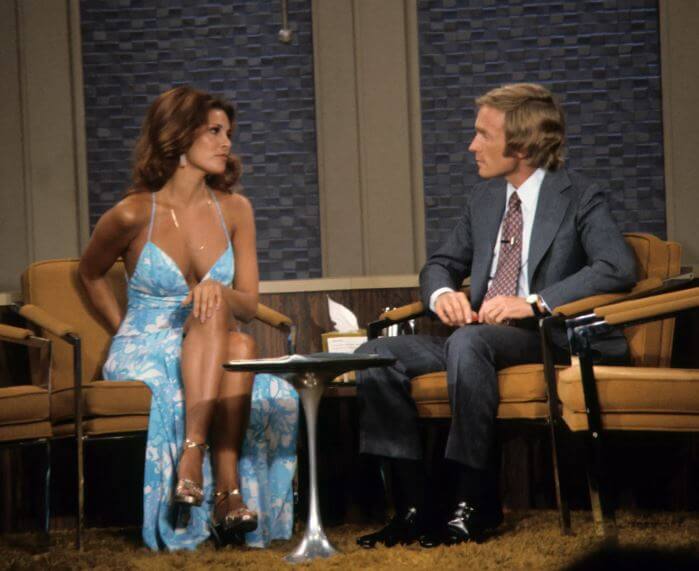 In the summer of 1970, Dick Cavett had one of the most interesting episodes ever, featuring Raquel Welch and Janis Joplin. Welsh was talking about a controversial sex-change comedy she worked on when Joplin chimed in that she couldn’t follow the film because it “kept changing.” Welch, remaining cool, responded, “Well the whole movie is about change!” Although these topics were still very much taboo, the audience erupted in laughter. 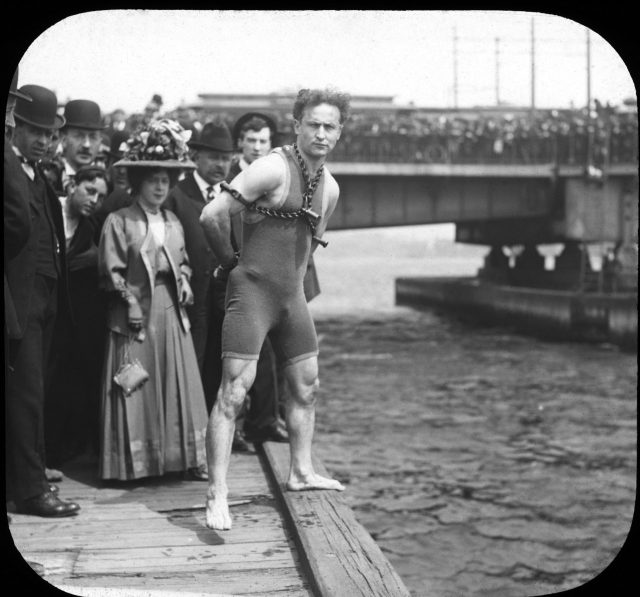 Harry Houdini was one of the most famous magicians of all time, and specialized in escape tricks. In this photo, Houdini is preparing for a death-defying stunt in 1908. Houdini locked himself up in chains for this specific trick and took a 30-foot plunge into the Charles River. His hands were handcuffed behind his back and chained to a collar around his neck. The Boston Globe estimated that 20,000 people showed up to watch the event that lasted only 40 seconds. Houdini emerged from the water with the shackles in his hands. 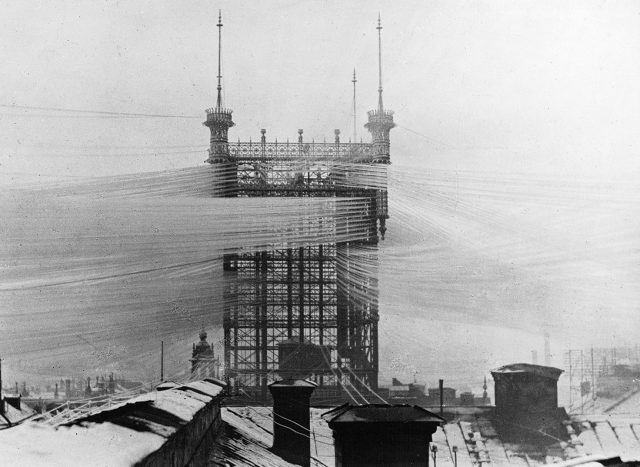 Today, we aren’t even used to having cords attached to our phones anymore, so this photo seems especially crazy. Early telephones required their own physical line to connect a home or business to a phone exchange where a live operator manually patched the call through.

In Stockholm, Sweden, the central telephone exchange was the Telefontornet — a giant tower designed in the early 1890s that connected over 5,000 telephone wires coming from every direction across the city. Understandably, the residents of Stockholm felt it was an eyesore, and it was torn down in 1953 after the tower caught on fire.

9. Preparing for the worst 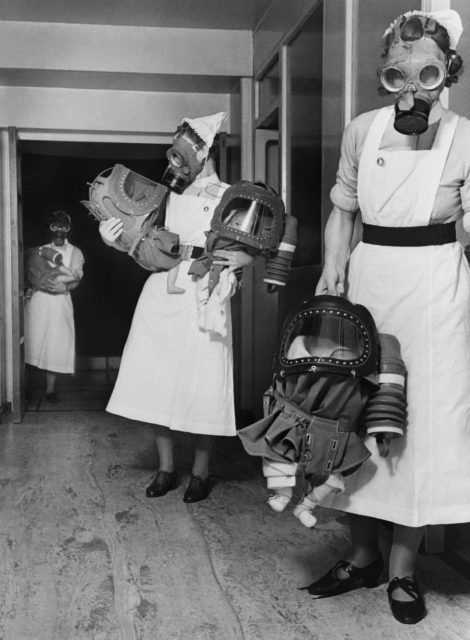 Often, when we study war, we study military battles that occurred during the conflict. It is easy to forget that civilians are innocent bystanders in these events. In 1938, the British Government gave everyone, including babies, gas masks to protect them in case Germans dropped bombs over England. Here, we see nurses testing gas masks for babies at a London hospital in 1940 to ensure they would be prepared if the Germans did drop poisonous bombs over the city. Luckily, these gas masks were never put to the test in a real gas attack. 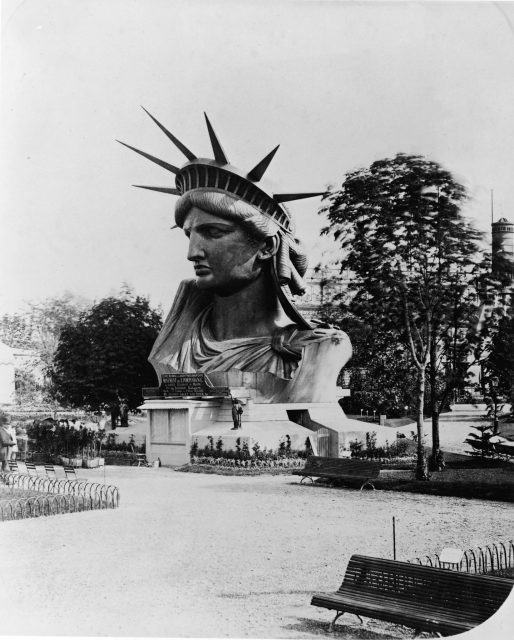 The head of the Statue of Liberty on display at the World’s Fair in Paris, 1878. (Photo Credit: FPG/ Getty Images) 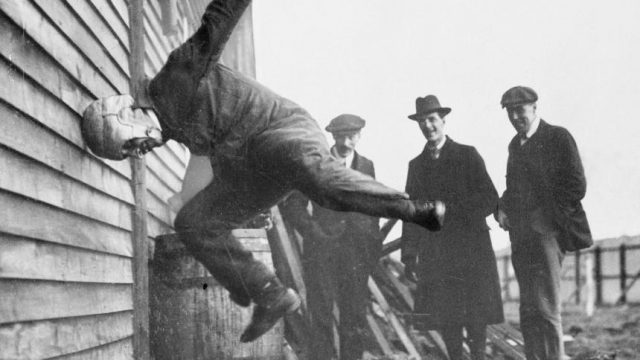 More from us: These Vintage Photos Offer A Glimpse Into Life During The 1800s

Originally, this photo was thought to be someone testing out a football helmet, but upon further investigation, it turns out it is testing a helmet meant for pilots. Regardless of its purpose, the helmet is a very important invention and this is a very humorous photo!