With alluring green eyes and sensual lips, Ava Gardner was the femme fatale of the 1940s and ’50s.

As soon as she stepped into Hollywood, Mickey Rooney fell in love with her, and Gardner became the first of his seven wives. They were divorced nine months later. Her infamous relationship with Frank Sinatra began when the two first met in 1943, though it didn’t heat up until 1949. After a prolonged wild affair, Sinatra’s wife, Nancy, finally agreed to a divorce and he and Gardner married in 1951.

Gardner wasn’t just beautiful, but also elegant and graceful, confident, and aware of the effect she caused everywhere she went. All eyes were on her, and she enjoyed it. Besides the three marriages to Rooney, Sinatra, and Artie Shaw, Gardner’s life was full of tumultuous romances and affairs. She simply lived her life on her own terms, and that was it. 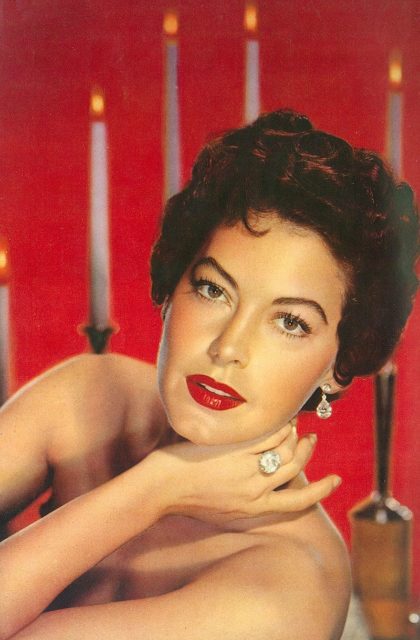 She was born into a poor tobacco-farming family in North Carolina. Gardner was 19 when she visited her sister in New York, and her brother-in-law, a photographer, made a portrait of Ava which he put in the window of his studio. An MGM scout spotted the photo, and she offered a contract by the production company. 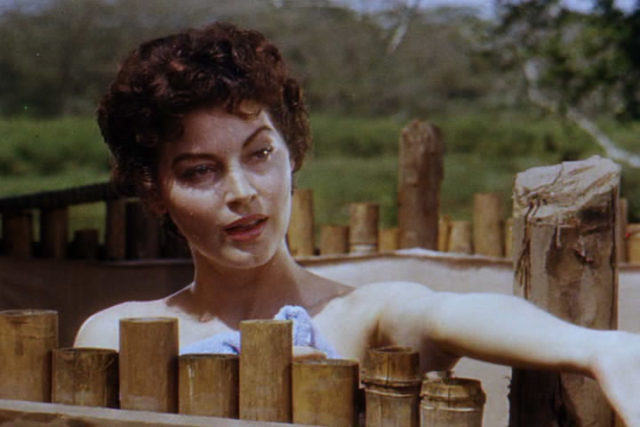 Screenshot of Ava Gardner from the trailer for the film Mogambo.

Although famous for her free-spirited way of life, doing things as she pleased, causing scandals for which she didn’t care, Gardner was also known as a professional like no other in Hollywood. She had a great work ethic, always respecting the directors she worked with, following a simple rule in her work: “Trust the director and give him heart and soul.” 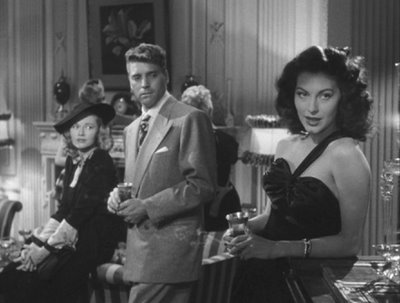 Screenshot of Ava Gardner and Burt Lancaster from the trailer for the film The Killers.

And who wouldn’t fall for that kind of woman, the ultimate femme fatale? Gardner played her breakthrough part in 1946, starting in Robert Siodmak’s The Killers, based on a short story of the same name, by Ernest “Papa” Hemingway. Ava portrayed the seductive Kitty Collins and seduced all the audience, including Hemingway, who was impressed by her performance. 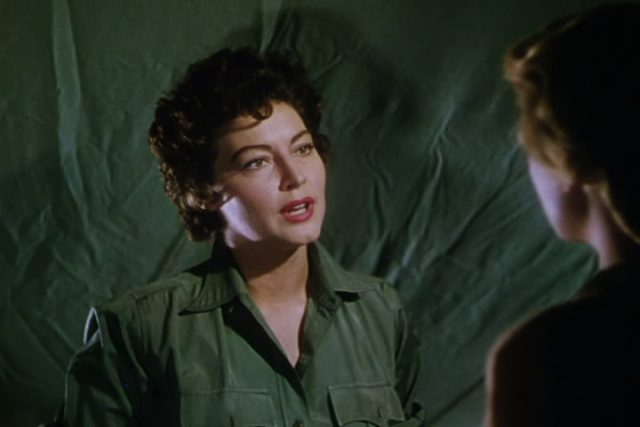 Screenshot of Ava Gardner from the trailer for the film Mogambo.

In 1957, after Gardner ended her marriage with Sinatra, she traveled to Spain and met Hemingway in person for the first time. This was the beginning of a very close friendship that lasted until the writer’s death in 1961 when he shot himself with his favorite shotgun.

Hemingway urged producer Darryl F. Zanuck to cast Gardner in The Snows of Kilimanjaro, another adaptation of one of his short stories. That same year, 1957, the actress starred as Lady Brett Ashley alongside Tyrone Power, in an adaptation of The Sun Also Rises. 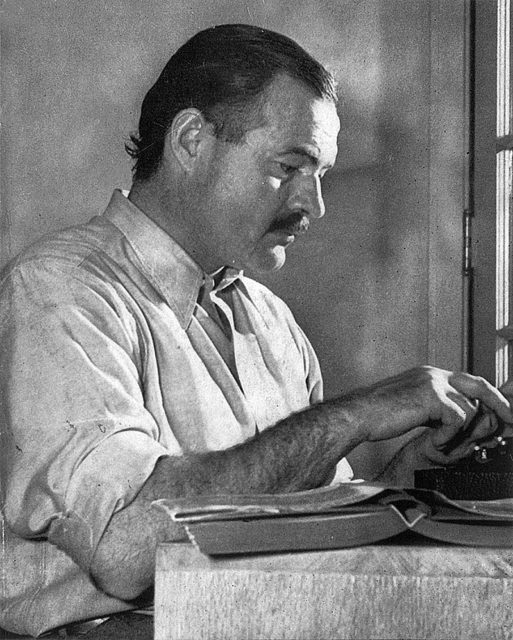 While in Spain, the author introduced Gardner to bullfighting and several bullfighters with whom she got romantically involved, including Luis Miguel Dominguin. Her romance with Dominguin was highly publicized, and they were photographed together while both still being involved with other people – Gardner still hadn’t finalized her divorce from Sinatra, and the bullfighter was engaged to the Italian actress Lucia Bose. 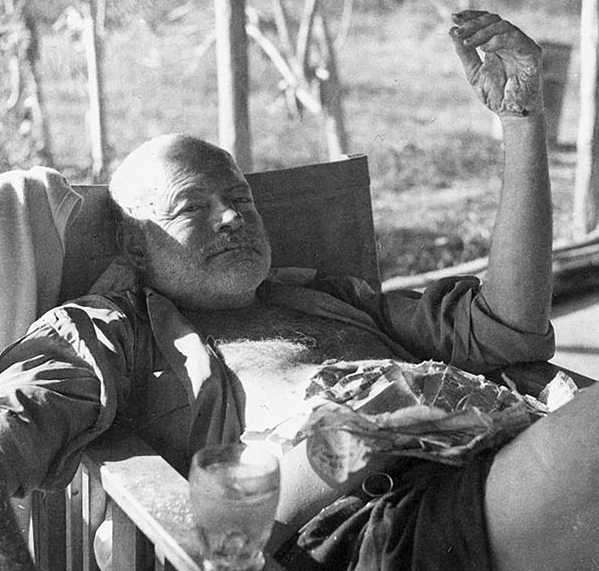 Hemingway at a fishing camp in 1954. His hand and arms are burned from a recent bushfire; his hair was burned in the recent plane crash.

The friendship between Hemingway and Gardner was based on mutual respect and admiration. She admired his talent, and he admired her beauty and femininity. And they had a lot in common – both were heavy drinkers and smokers, both had countless love affairs and more than one broken marriage.

Read another story from us: Elizabeth Taylor’s dark outlined eyes were due to a genetic mutation

The actress also visited her friend in Havana, Cuba, spending some time at his famous villa. It is said that once Gardner swam without a swimsuit in his pool in Hemingway’s presence and allegedly he ordered his staff: “The water is not to be emptied.”

Gardner lost her beloved friend and outlived him for 30 more years, during which she never remarried. She lived all her life as she always used to – on her own terms.