Singer Frank Sinatra and comedian Joey Bishop hit it off when they first met in 1952. Soft-spoken and quick-witted, Bishop’s unique style of comedy impressed Sinatra, and soon Bishop found his way into the Rat Pack alongside Dean Martin, Sammy Davis Jr, Peter Lawford, and ‘ole blue eyes himself.

What started out as a good friendship would eventually turn sour a decade later when Bishop’s ego grew out of control.

Born Joseph Abraham Gottlieb, Bishop dropped out of high school at 18 to pursue his comedy career full-time. He later joined a comedy group called the “Bishop Trio” before being drafted into World War II. When he returned in 1945, Joey went solo – taking the Bishop Trio name for himself. 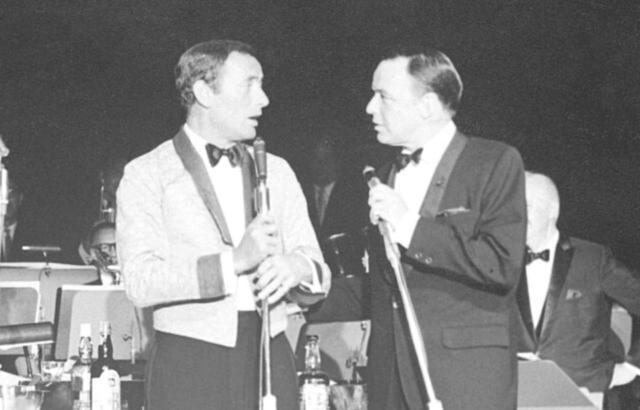 By the mid-1950s, Bishop was a popular opening act for big headliners – including Frank Sinatra. Soon, he became inseparable from the blue-eyed crooner and was even affectionately referred to as “Sinatra’s comic.” Sinatra took Bishop under his wing and into the “Rat Pack,” an informal group of entertainers who drank, gambled and partied their way through Las Vegas.

Alongside Sinatra, the Pack included singers Dean Martin and Sammy Davis Jr., actor and brother-in-law to President John F. Kennedy, Peter Lawford, and Joey Bishop. In the early 1960s, the group attracted over 30,000 people to the Sands Hotel and Casino in Las Vegas over a four-week season to see the Rat Pack’s on-stage antics.

The group underwent several iterations before the final five members made it to Las Vegas. Originally, a troupe of actors and stars would meet at the Los Angeles home of famed Hollywood actors Humphrey Bogart and Lauren Bacall. At these “meetings,” a host of stars would come and go – including Ava Gardner, Elizabeth Taylor, Judy Garland, and Katharine Hepburn – hoping to get involved in the exclusive club. 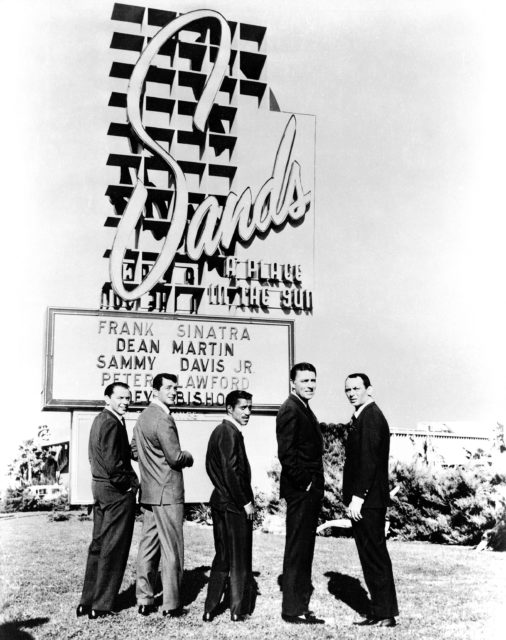 When Bogart died in 1957,  Sinatra became the leader of the Rat Pack, with his close friend Joey Bishop serving as the “Speaker of the House.” The pair of friends worked together in live shows at casinos and venues as well as the iconic film Ocean’s 11. Thanks to the suave style Sinatra brought to his casino performances, Las Vegas became a desirable destination for people from all walks of life.

As Lorraine Hunt-Bono, the Nevada Lieutenant Governor, told Smithsonian magazine in 2013: “[Sinatra] was the spark that changed Vegas from a dusty Western town into something glamorous.” The Pack became synonymous with Vegas, helping to attract millions of tourists to casinos who were looking for their own Ocean’s 11 adventure.

Bishop was considered one of the only people who could poke fun at Sinatra without getting on his bad side, but eventually, Sinatra’s patience began to wear thin. In 1964, following one of Sinatra’s most turbulent years in which his son was kidnapped, Frank asked Joey Bishop for a favor.

Bishop was building an even bigger name for himself at the time with his very own TV show until his old friend Sinatra called to see if he wanted to take over some of his concert dates at the Cal Neva Lodge during that summer. The venue was owned by Sinatra and Dean Martin. 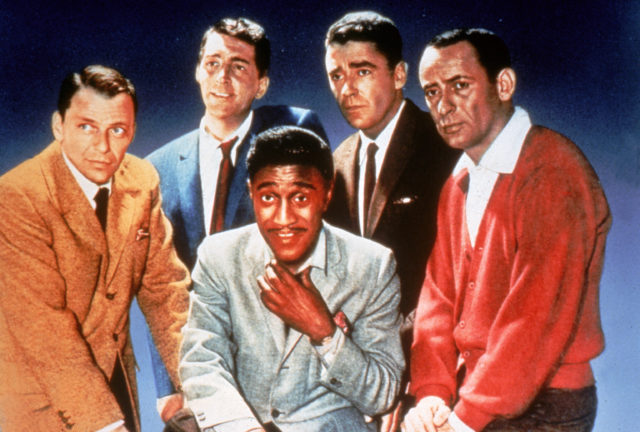 Bishop agreed to help out his old pal, but he also started to throw in a lot of conditions in with his favor. According to Fox, Bishop asked Sinatra for a private plane to take him to the show as well as a payment of $50,000. Sinatra was immediately angered by his friend’s greedy reply – after all, Sinatra helped to make Bishop’s career the success that it was. 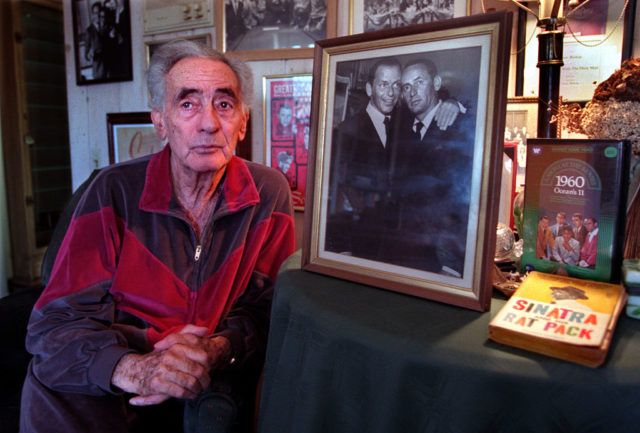 Joey Bishop with a photograph of him and Sinatra taken in 1961, circa 1998. (Photo Credit: Al Schaben / Los Angeles Times via Getty Images)

Their friendship officially fizzled following the Cal Neva drama. Sinatra wasn’t one to forgive and forget, and instead cut Bishop out of his life – and his exclusive Rat Pack – completely. Unfortunately, Bishop seemed to have a pattern for turning on his friends. According to Deadline, author Richard Lertzman explained that Bishop “alienated co-stars, writers, directors, and producers… By the time his star had begun to fade, he had burned so many proverbial bridges that no one wanted to work with him.”

From Rat Pack to Brat Pack

By the mid-1960s, Bishop’s career was all but flushed down the toilet. He continued to star in a few films here and there, and he is even the only member of the Rat Pack to collaborate with the “Brat Pack” – a troupe of young actors who frequently starred in movies together in the 1980s. Bishop appeared as a ghost in Betsy’s Wedding with Molly Ringwald and Ally Sheedy.

More from us: How “The Rat Pack” Got its Name

Bishop died at his home in Newport Beach, California in 2007 – nearly ten years after the death of his former friend Frank Sinatra.

« Female ‘Vampire’ Discovered Pinned to the Ground With Sickle in Polish Graveyard
‘A League Of Their Own’ is Home Run-Worthy Entertainment, but is it Historically Accurate? »