The Strange, But Poorly Executed, Kidnapping Of Frank Sinatra Junior

Two weeks after President Kennedy was assassinated in November of 1963, one of the late president’s closest friends was caught up in another mysterious mishap. On December 8, 1963, Frank Sinatra’s only son, Frank Sinatra Jr., was kidnapped at gunpoint and driven all over California for 54 hours by a group of disorganized men until Frank Sinatra Sr. paid them a ransom amount of $240,000.

The plan is hatched 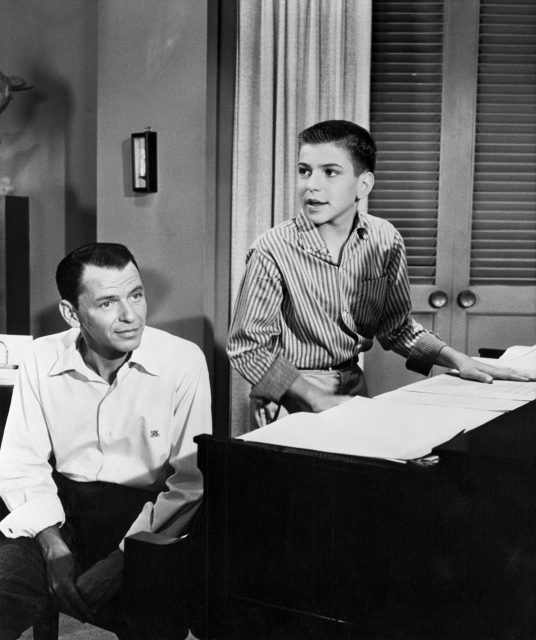 The brain behind this kidnapping operation was a man named Barry Keenan. Barry Keenan was 23 years old when he came up with his plan to kidnap Frank Sinatra Jr. At the time, he was a student at UCLA and had gone to school with Frank Jr.’s sister, Nancy Sinatra.

According to Keenan himself, he “decided upon Frank Jr. because Frank Sr. was tough, and I had friends whose parents were in show business, and I knew Frank always got his way. It wouldn’t be morally wrong to put him through a few hours of grief worrying about his son.” However, in Keenan’s mind, he believed that this act would help bring the estranged Sinatra family back together and strengthen the bonds between father and son.

Initially, Keenan had considered Tony Hope, the adopted son of Bob Hope, but Bob Hope had been very active with entertaining the troops, and according to Keenan, seemed like an “all-around good guy. Kidnapping Tony didn’t seem like a very American thing to do.” 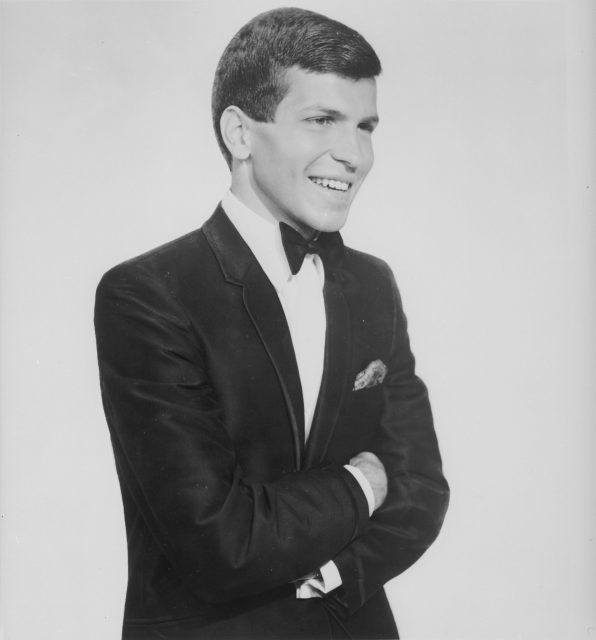 But why did Barry Keenan have to kidnap anyone in the first place? He had been involved in a car accident, resulting in a serious back injury that caused chronic pain. This pain eventually had him addicted to different types of pain killers, including Percodan, muscle relaxers, and tranquilizers. By September 1963, Keenan had run out of money entirely and was addicted to drugs and alcohol.

There was no way Keenan could pull this stunt off alone. In the following weeks, he recruited his high school friend Joe Amsler and his mother’s ex-boyfriend, John Irwin, to help him carry out his plan. Keenan promised the two men $100 a week, which played a major role in their decision to help. Amsler was an amateur boxer who had just gotten married and was in need of cash, while John Irwin thought the deal was too good to pass up.

The plan gets underway… sort of 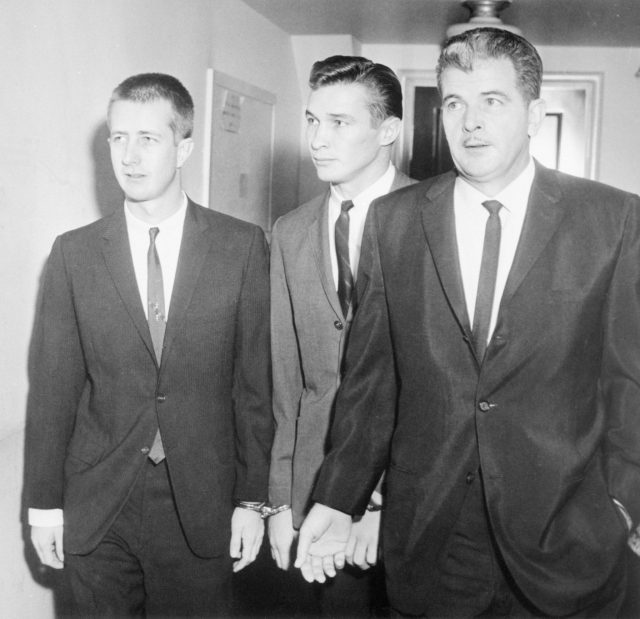 The trio followed Frank Sinatra Jr. around for a number of weeks before they actually carried out their plan. Sinatra Jr. was, at the time, only 19 years old and was attempting to follow in his father’s footsteps as a musician, so he was fairly mobile as he was playing at different venues.

The group first planned to carry out their kidnapping in Phoenix, where Sinatra Jr. appeared at the state fair. However, a few mistakes were made, so this initial plan was abandoned.

The second time the trio planned to kidnap Sinatra Jr. was on November 22, 1963. The following day there was a USC-UCLA football game taking place, which would provide Keenan with a perfect alibi, as hundreds of fellow students would report seeing him at the game. Keenan planned to get a motel room to use as a headquarters, and after Sinatra Jr. was grabbed, he would be brought down to a secluded house in suburban Canoga Park. Keenan had rented the house under the name Frank A. Long. 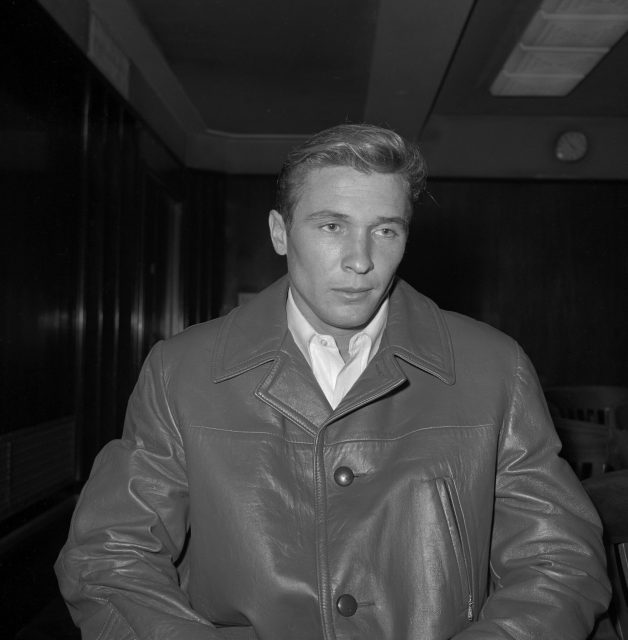 However, when Keenan called the motel on the morning of November 22, 1963, he was informed by the motel’s switchboard operator that President Kennedy had just been assassinated. Not only was the planned grab called off, but the entire operation was in jeopardy. According to Keenan, his accomplices were so shaken up by the president’s assassination that the deal was off, as far as they were concerned.

However, Keenan was not to be deterred. He found out that Sinatra Jr. would be heading to Nevada and then to Europe, so Keenan roped his other two accomplices back into his plan and they hoped that their third grab attempt would be the charm. 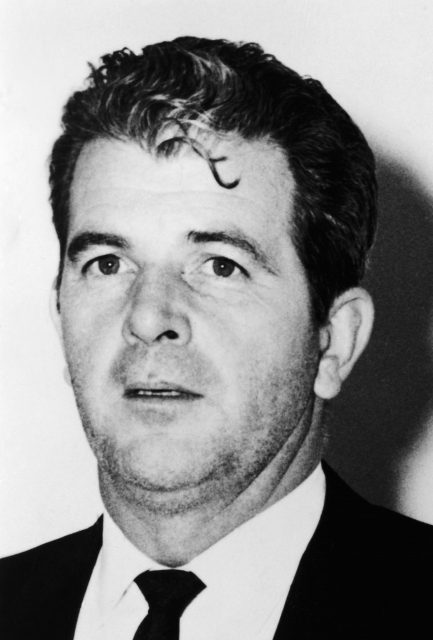 December 8, 1963, was set as the final day for the grab mainly because Keenan had run out of money by that time. As Keenan himself recalled, “it became, now we had to kidnap Frank Sinatra Jr. just to get out of the hotel. As crazy as that sounds, that’s what it boiled down to. I needed to get money from Junior because I didn’t have enough gas in the car to get back to L.A.”

On the night of December 8, Keenan and Joe Amsler grabbed Sinatra Jr. from his Lake Tahoe hotel room. Sinatra Jr. and his friend John Foss, who was a trumpet player in Sinatra Jr.’s band, had been eating chicken at the time of the abduction. The kidnappers were anticipating Sinatra Jr. to be alone, so they quickly tied up Foss with adhesive medical tape and blindfolded him before they led Sinatra Jr. to the car they had pulled around. 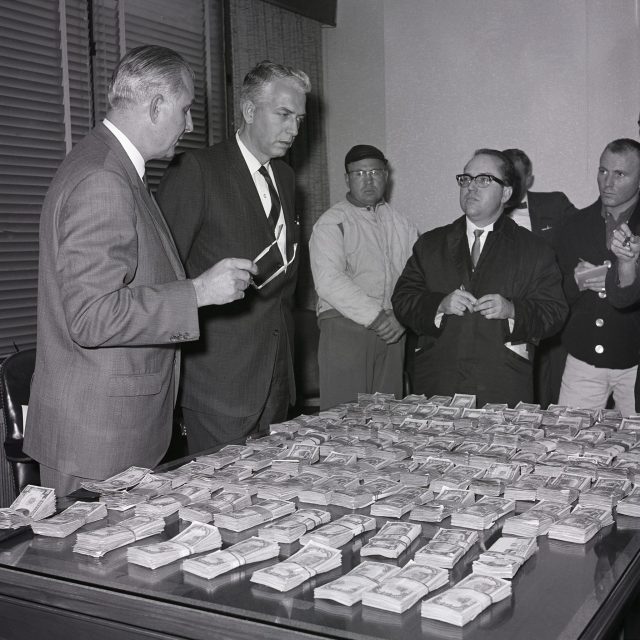 Foss was able to almost immediately free himself from the medical tape that Keenan and Amsler had tied him up with. Within minutes, he had alerted the authorities that Frank Sinatra’s son had been kidnapped. Since Sinatra Jr. was the son of such a high-profile man, the FBI was almost immediately brought onto the case. Roadblocks were quickly set up leading out of Lake Tahoe, but ultimately the kidnappers were able to get by.

On December 10,  after Keenan and Amsler arrived back in L.A., they contacted John Irwin, who came to the outpost and called Frank Sinatra Sr., who had set up camp at Mapes Hotel in Reno. When Irwin got through to Sinatra Sr., the crooner first told the kidnappers that he would give them a million dollars to let his son go. Interestingly enough, Irwin, who was on the phone with Sinatra Sr. only asked for $240,000.

According to the instructions given by Irwin, the ransom was to be delivered in the following way: an FBI courier should follow a trail of pay phones, where he would receive directions at each one. He would finally make the drop with the bills in a black satchel between two parked school buses located at a gas station on Sunset Boulevard. 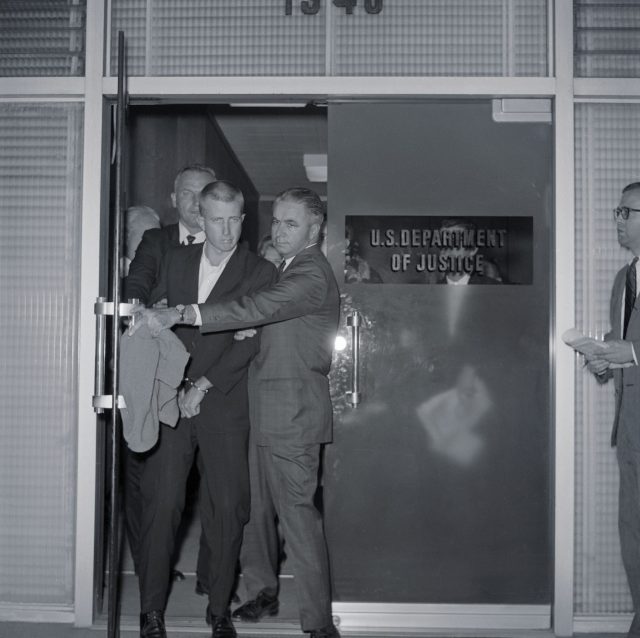 Keenan and Amsler went together to pick up the money. When they were gone, Irwin became extremely nervous and released Sinatra Jr., who walked around for a while. He eventually ended up in Bel Air, where he got a security guard to drive him to his mother’s (Nancy Sinatra’s) house.

For a few days, it felt that the kidnappers had gotten away with their crime. The money had been collected, Sinatra Jr. was home, and everything seemed rather quiet. However, Irwin spilled the beans to his brother, who called the FBI office in San Diego after hearing about the crime. Within a few hours, all three of the kidnappers had been arrested.

The aftermath of the kidnapping 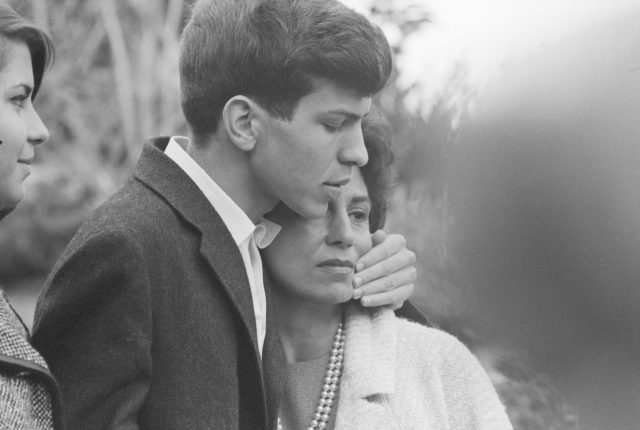 The aftermath of the kidnapping is just as odd as the crime itself. Virtually all the ransom money was returned to Sinatra Sr. except for a small portion that Keenan had given to his ex-wife to buy furniture. When the FBI informed Frank Sinatra about this missing money, he waved his hand and declared “Christ, let her keep the furniture.”

The trial over this kidnapping began on February 10, 1964. Perhaps the most interesting part of the entire case was when Sinatra Jr. testified, he told his abductors that he “hope you guys get away with this.” 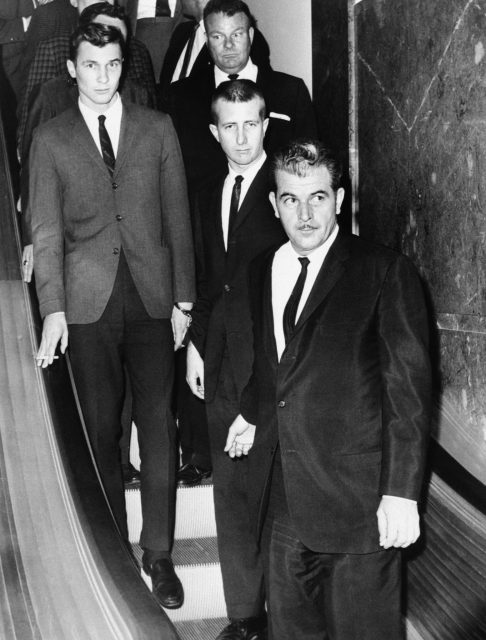 Keenan’s defense was that the crime was all a publicity stunt. This is his biggest regret, as it is something that has followed Sinatra Jr. for the entirety of his life. People were led to believe that Sinatra Jr. had something to do with the kidnapping plot in order to help his music career. Ultimately, however, Keenan and his accomplices were sentenced to 75 years in prison.

More from us: The FBI Files and Mob Ties of Frank Sinatra

Barry Keenan was released from prison in 1968, and by 1983 his net worth was estimated to be $17 million thanks to the real estate world. Arguably, the biggest loser in this entire situation was Frank Sinatra Jr., who rarely ever spoke of the incident but was constantly overshadowed by his father’s success. Sinatra Jr. passed away in 2016 at the age of 72.

« Gold Mask, Other Relics Uncovered At Sanxingdui Ruins Site In China
10 Dolly Parton Facts To Help Us Get Through Our 9 To 5 »