Whether it truly is a curse or some sort of sick coincidence, here are all of the strange misfortunes the family has faced over the years. 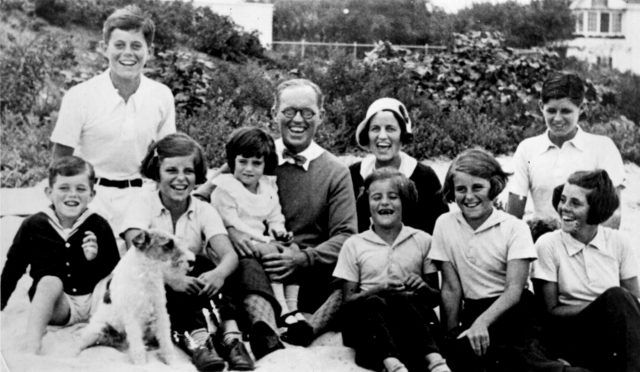 The Kennedys were an ultra-successful Irish Catholic family who certainly made an enemy or two while they climbed the American social ladder. Some who believe the Kennedy Curse is real believe that Joe Kennedy brought tragedy on himself, his children, and their offspring because of the forceful way he pushed them to succeed.

Out of Joe Kennedy’s nine children, one was confined to a home of the mentally ill, two were killed in plane crashes, two were assassinated in public office, and one had his political career ruined by an accident that resulted in the death of a young campaign worker. This already seems like a lot of tragedy for one family, but that is not even including the devastation that would further hit Joe Kennedy’s grandchildren and great grandchildren.

Early Evidence of the Kennedy Curse

The Kennedy Curse is often given the start year of 1944 (and we shall come to see why), but in reality, three years earlier, in 1941, Rosemary Kennedy (who was the third child overall and first daughter born in the Kennedy clan) underwent a lobotomy at age 23.

This procedure was unsuccessful and Rosemary’s mental capacity diminished to that of a two-year old. She could no longer work, speak intelligibly, and was incontinent. Rosemary Kennedy was immediately institutionalized after the failed lobotomy where she remained for the rest of her life. 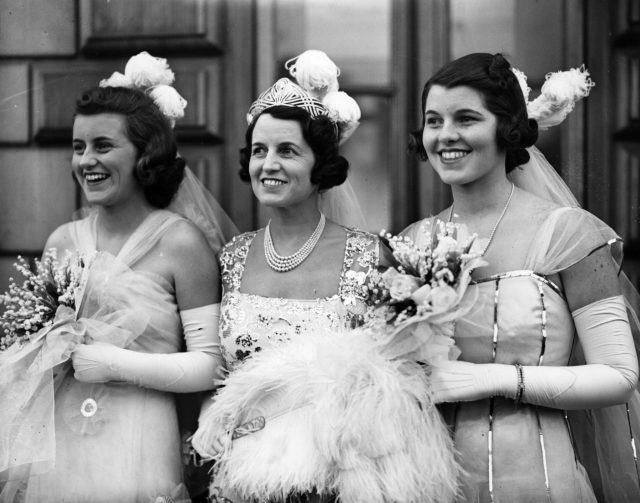 The next instance of the Kennedy Curse hit on August 12, 1944, when the oldest Kennedy child, Joe Kennedy Jr., perished when his bomber aircraft exploded over East Suffolk. This was the first of many plane-related deaths the Kennedy family would have to face.

Joseph Jr. took part in a military operation (known as Project Anvil) that tested new bombing planes that could be radio controlled and remotely crashed into targets. He had to be in the plane for takeoff then evacuate while it was in flight. Unfortunately, Joseph Jr.’s plane exploded mid-air, instantly killing him. His remains were never found. He was 29 years old when he died. 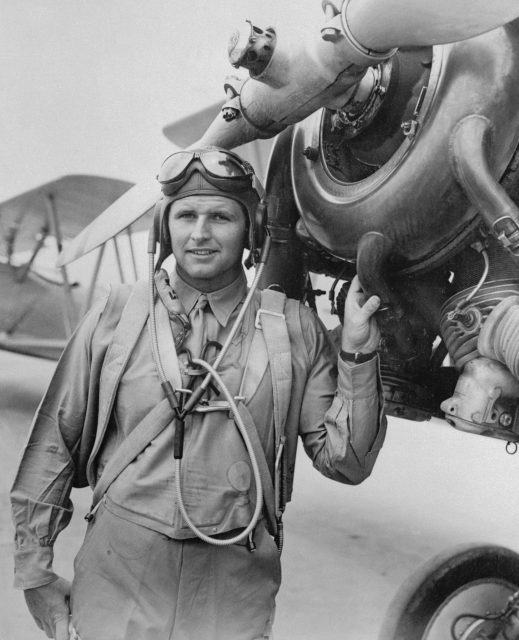 On May 13, 1948, Kathleen “Kick” Kennedy Cavendish perished in a plane crash while on vacation. Kick Kennedy was only 28 at the time of the accident. Only Joseph Kennedy Sr. attended Kick’s funeral. Her mother, Rose Kennedy, didn’t attend the funeral, reportedly describing the incident as “God pointing a finger.” 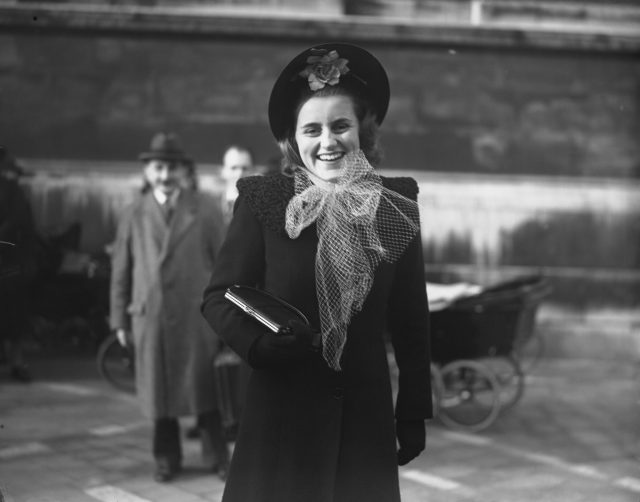 The events of the 1960s seemed to indicate that the Kennedy family was doomed. On August 9, 1963, president John F. Kennedy and First Lady Jacquline Kennedy lost their newborn son Patrick Bouvier Kennedy following complications at his birth. Patrick Bouvier Kennedy developed symptoms of infant respiratory distress syndrome (IRDS) and died only 39 hours after his birth. 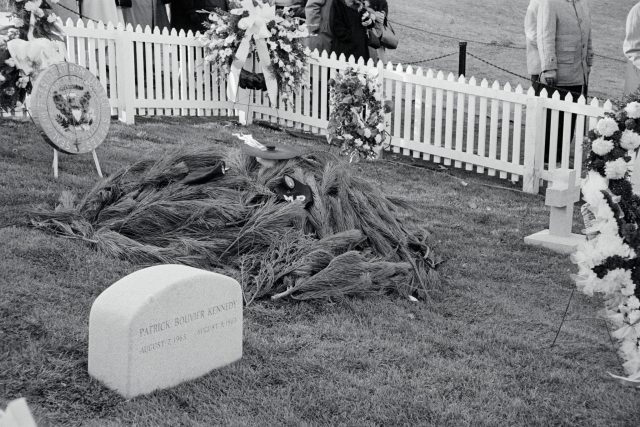 Only months after the passing of Patrick Bouvier Kennedy, another tragedy rocked not only the Kennedy family but also the entire nation. On November 22, 1963, President John F. Kennedy was assassinated in downtown Dallas by lone gunman Lee Harvey Oswald. Jackie Kennedy was sitting beside her husband when he was shot. It was her first extended public appearance since Patrick had died in August. 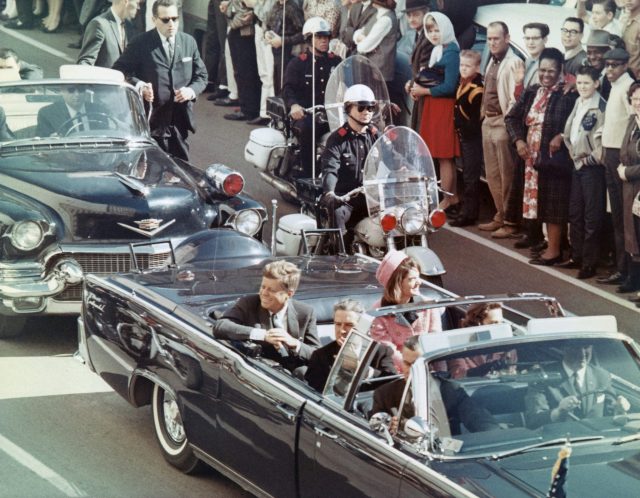 Lee Harvey Oswald, who was arrested for JFK’s assassination, would be killed on live television two days later, on November 24, 1963, by local nightclub owner Jack Ruby. John F. Kennedy was laid to rest in Arlington National Cemetery in Washington, D.C. 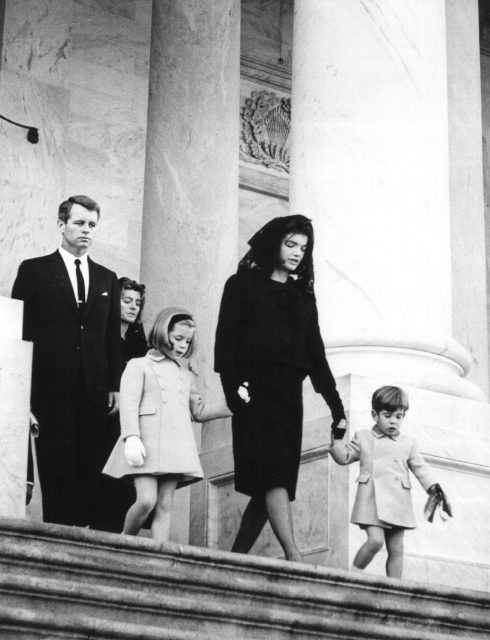 Another political assassination rocked the Kennedy family shortly after midnight on June 5, 1968, when Robert Kennedy was assassinated at the Ambassador Hotel in Los Angeles.

Earlier in the night, Robert F. Kennedy, who was the younger brother of President John F. Kennedy, had won the California presidential primary. After this win, RFK was in the position to receive the Democratic nomination and face off in the presidential race against Richard Nixon. He was shot several times by 24-year-old Sirhan Sirhan and succumbed to his injuries on June 6, 1968. 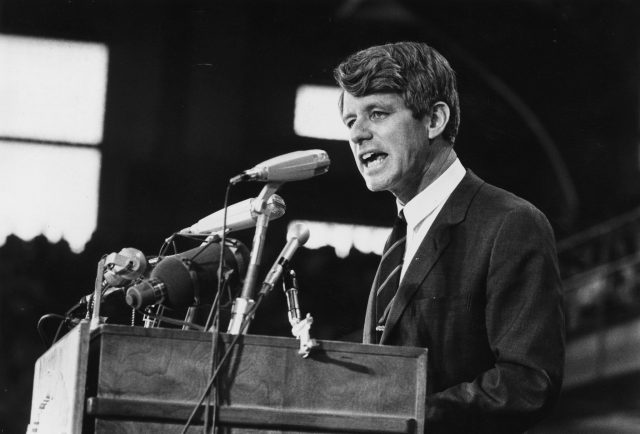 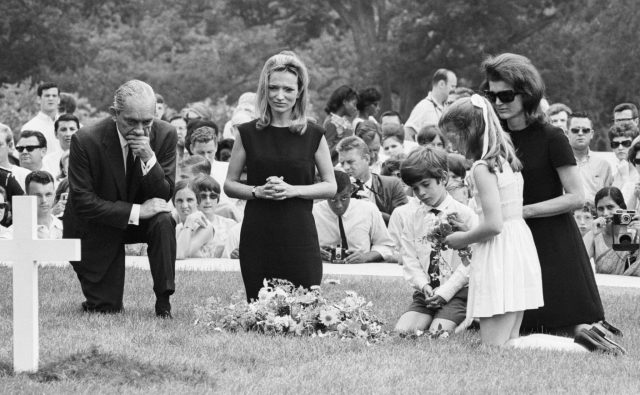 Modern Manifestations of the Kennedy Curse

The Kennedy Curse continues to wreak havoc even today. On April 25, 1984, Robert F. Kennedy’s son David Kennedy was found dead from an apparent overdose in a Palm Beach hotel.

David Kennedy watched his father get assassinated when he was 12 years old and began recreational drug use shortly after to cope with both the trauma and the loss of his father. He was only 28 when he passed away.

The Kennedy legacy of untimely deaths continued into the 1990s, starting with another one of Robert F. Kennedy’s sons. On December 31, 1997, lawyer Michael LeMoyne Kennedy hit a tree while skiing in Aspen, Colorado. His funeral was held in Hyannis Port, Massachusetts on January 3, 1998. 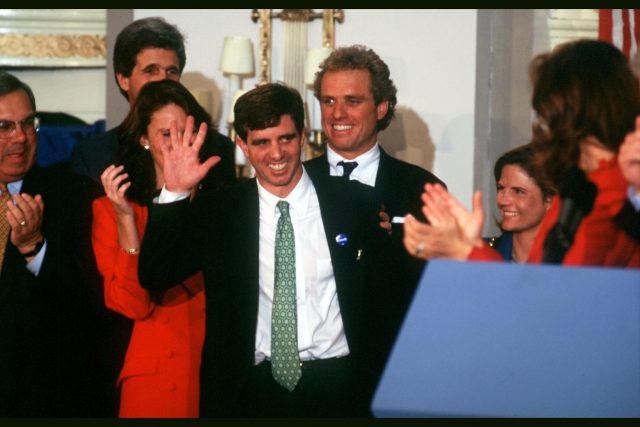 The Kennedy Curse closed out the 1990s with another mysterious plane crash-related death. John F. Kennedy’s son John Jr. was constantly in the media spotlight throughout the ’80s and ’90s. In September 1996, he married fashion publicist Carolyn Bessette and the two resided in New York. 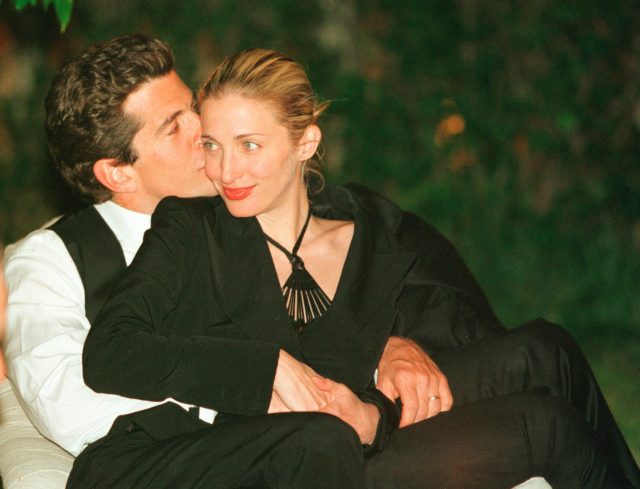 John Jr., whose job was a lawyer, but whose hobby was flying, decided to take his wife Carolyn and Carolyn’s sister Lauren Bessette to Martha’s Vineyard in Cape Cod, Massachusetts. However, to reach this destination, John Jr. would have to fly his single-engine airplane 200-miles over the Atlantic Ocean.

The trio never made it to their final destination. Radar data examined later showed that the plane plummeted from 2200 feet to 1100 feet in a span of 14 seconds — a rate far beyond the aircraft’s safe maximum. It then disappeared from the radar screen. 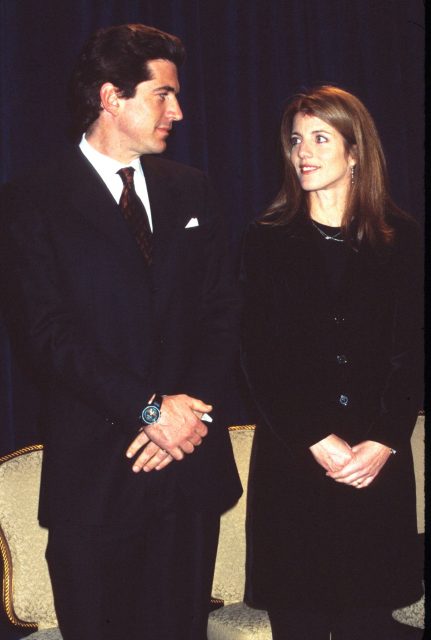 On July 21, 1999, Navy divers recovered the body of JFK Jr. and the Bessette sisters. The crash was attributed to pilot inexperience.

The Kennedy Curse continues to claim victims in the Kennedy family. In 2011, Kara Kennedy died of a heart attack after a workout. She was the daughter of former Massachusetts Senator Ted Kennedy, who was the youngest son of Joseph P. Kennedy. 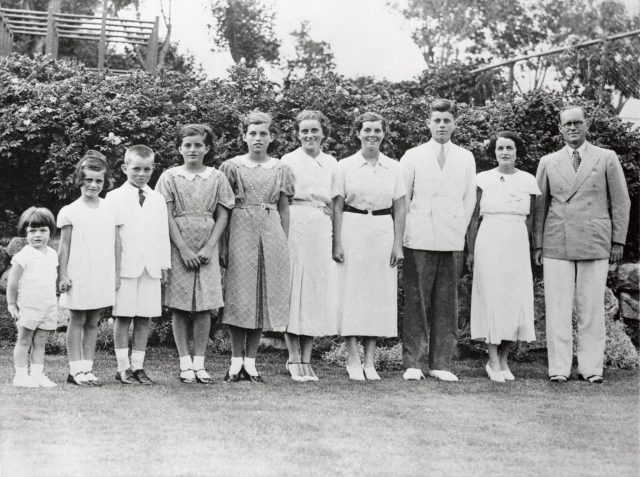 Regardless of whether the curse is real or not, the Kennedy family has certainly faced its fair share of misfortune over the span of nearly a century.

« Escape From Alcatraz: Ingenious Plan Or Wishful Thinking?
We Aren’t Horsing Around With These Wild West Facts »