We Aren’t Horsing Around With These Wild West Facts

The Wild West brings to mind images of gun-toting cowboys riding their horses across the plains. After a long day, they visited the saloon and threw back a few drinks. While true, the American West featured much more, from a world-famous traveling show to some questionable hygiene practices.

The majority of the railroads built in the American West were constructed by Chinese immigrants. If not for these hardworking men, the Transcontinental Railroad may never have existed. They arrived in the West during the California Gold Rush of 1848 to 1855. Between 15,000 and 20,000 made the trip across the Pacific, working as blacksmiths, laborers, and carpenters. 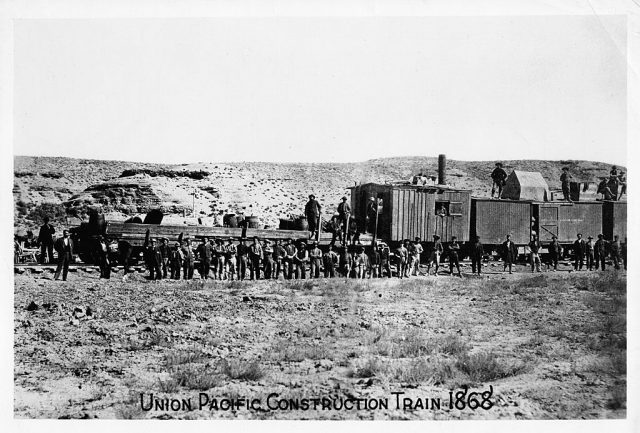 Unfortunately, racist ideologies influenced how the Chinese were perceived. They were treated poorly and given far less pay than their white counterparts. Many died from accidents, disease, landslides, and explosions after being forced to work in extreme weather conditions.

They eventually staged a strike in protest for better pay, but they were forced to end it after Central Pacific cut off food, supplies, and transportation to their work camps.

2. The most famous outlaw of the Wild West

Before turning to murder, he participated in petty crime, such as stealing food and nicking clothes. However, it was murder that led him to form one of the most-wanted vigilante groups in all of the Wild West. 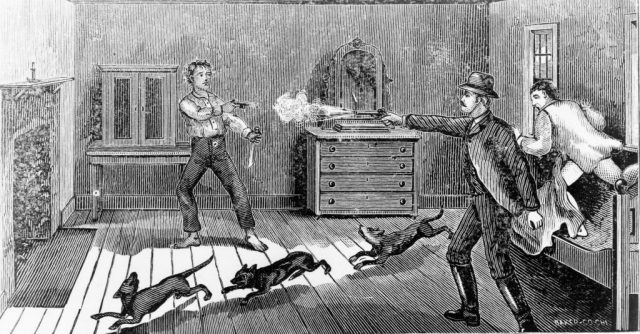 Handy with a Colt revolver and a Winchester rifle, McCarty’s antics eventually made him the most wanted man in the West. He was eventually killed by Sheriff Pat Garrett while hiding out at a friend’s house. At 21, his death signified the loss of one of the most famous outlaws from the time.

3. Burlesque was the top form of entertainment

Saloons were a staple of the American West. They were home to rowdy drinkers and gambling, as well as burlesque shows. These shows were considered some of the top forms of entertainment, leading many entertainers to become millionaires. 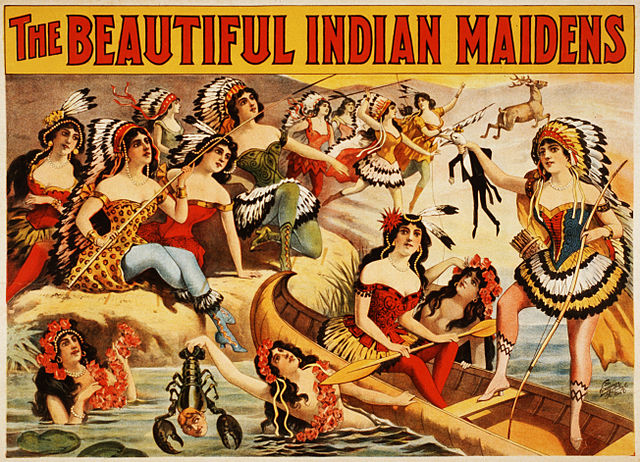 Depending on what part of the Wild West you were in, these girls went by different names. In California, they were known as “soiled doves,” while others places called them can-can girls or dance hall girls. Along with putting on a show, they also served drinks and acted as “eye candy” for saloon patrons.

4. Drinking alcohol was risky business in the Wild West

It’s no surprise alcohol wasn’t exactly kosher in the American West. There were few regulations, so many drinks were extremely potent — we’re talking pure distilled grain spirits. This led many to cut them with ammonia, gunpowder, turpentine, and cayenne, so as to prevent rotgut. 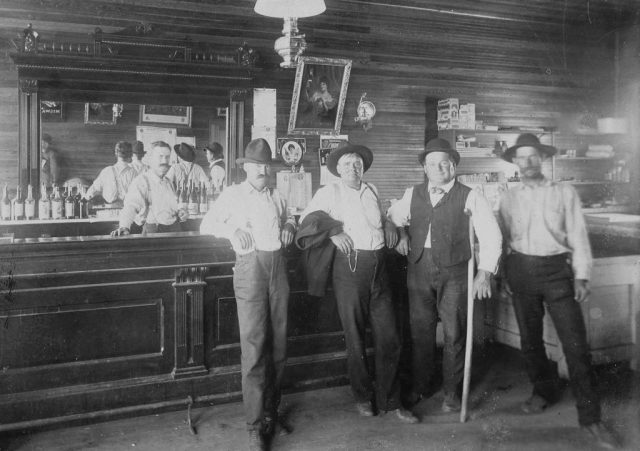 Most saloons served whiskey made from alcohol, sugar, and chewing tobacco that was nicknamed “firewater” due to its strength. Other popular drinks included the Mule Skinner, made from whiskey and blackberry alcohol, and cactus wine, a combination of peyote tea and tequila.

5. The kidnapping of Olive Oatman

In 1851, Olive Oatman‘s family was traveling to California in search of a Mormon settlement to join. During their travels, they were attacked by a tribe of Native Americans. Olive’s parents and most of her siblings were killed. She and her sister, Mary Ann, were kidnapped. 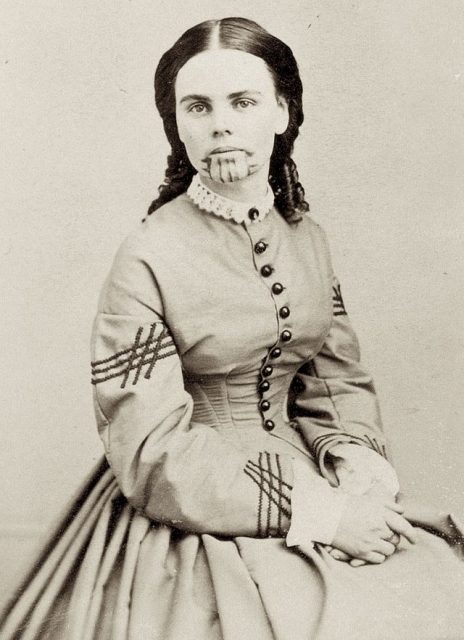 The girls were eventually sold to the Mohave people in exchange for goods. They were given distinctive blue cactus ink tattoos on their chins and upper arms to signify their adoption into the community. Unfortunately, Mary Ann perished from starvation during a drought, but Olive lived and was eventually repatriated into American society.

Much of what occurred during her time with the Mohave is unknown, due to the fact her stories often changed. What is known, however, is she was a cherished member of their community.

Illnesses ran rampant across the Wild West. With the inability to maintain proper hygiene while traveling, the unsanitary nature of saloons, and the belief that having overly clean pores welcomed germs and disease, it’s surprising anyone actually survived. 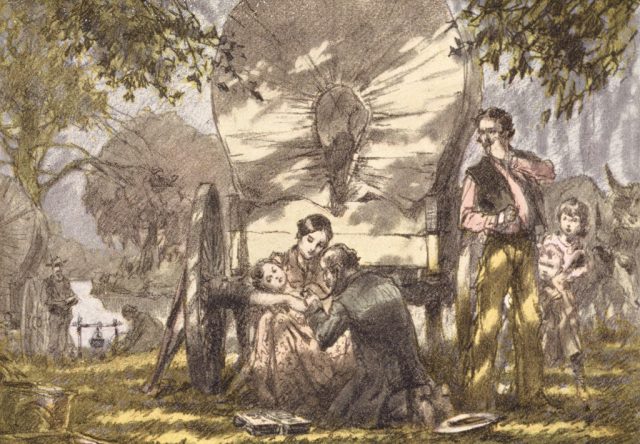 One of the reasons for the prevalence of disease was that clean water was hard to come by. Stagnant water was essentially poisonous due to contamination, and running water ran the risk of being connected to an outhouse. It’s something many of us take for granted nowadays, but it was a huge issue back in the 1800s.

7. Did Rose Dunn double-cross her beau?

Rose Dunn became romantically involved with Wild Bunch gang member George “Bittercreek” Newcomb when she was 15. The pair immediately clicked, and Newcomb’s gang worshipped her for her good looks and kind demeanor. Anyone who slighted her had to deal with their fiercely protective nature. 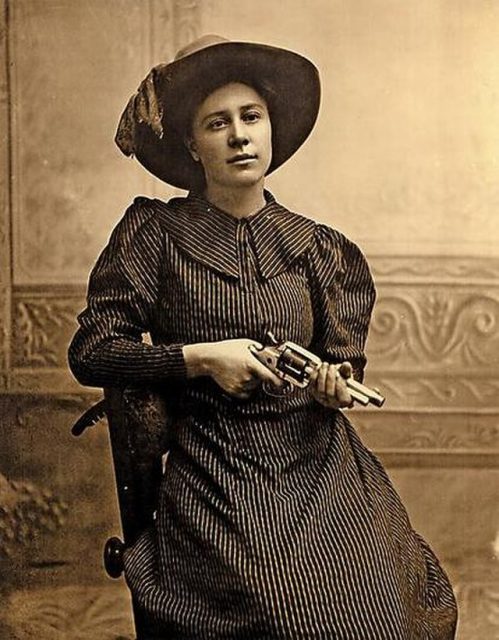 Not long after they met, Newcomb and his gang got into a shootout with U.S. Marshals. Three deputies died. Rose is rumored to have aided in her lover’s escape, after which he went into hiding. A $5,000 bounty was placed on his head in 1895, which was eventually collected by Rose’s brothers.

It’s believed by some that Rose set Newcomb up for capture, but the accusations have never been proven.

8. Gambling was the name of the game

The most popular pastime in the Wild West was gambling. It was considered by many to be a profession, and most towns had more than one gambling hall. They were usually large ornate buildings with a hotel, bar, and stage entertainment, and they were the driving force for local economies.

Towns known for being friendly to gambling were nicknamed “wide-awake” or “wide-open,” and they included mining towns and cattle settlements. The preferred games of choice: those that were fast-paced and guaranteed a profit. 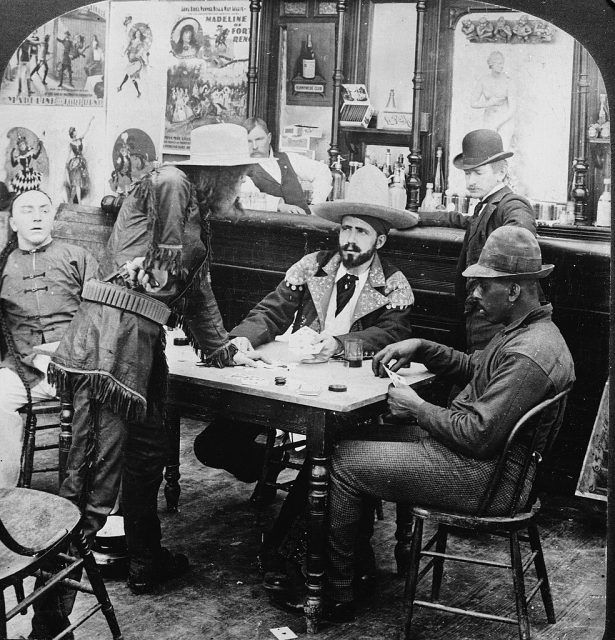 It was also a form of entertainment privy to both sexes. Many women saw it as a way of giving themselves prominence and monetary independence, meaning they actively participated in the gambling scene.

Jesse James was known as a guerrilla fighter, a murderer, a robber, and a skilled gunslinger. His group, the Younger Gang, was known for their skilled bank robberies.

Through this, he earned a reputation as the Wild West’s own Robin Hood, stealing from the rich and giving to the poor. However, there’s no evidence supporting this. In fact, he and his gang rarely shared their spoils with anyone outside of their network. 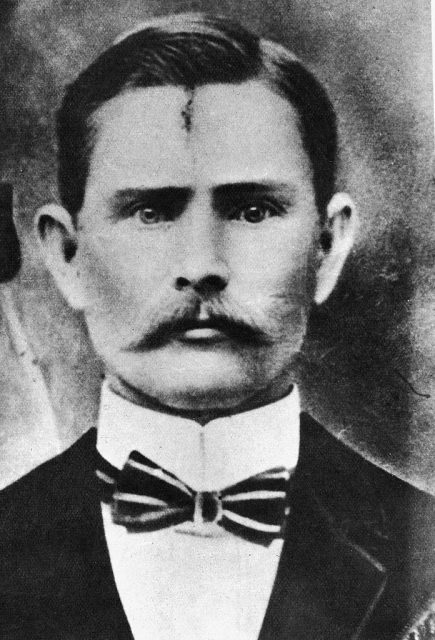 There were many notable moments throughout his life, including the infamous September 1876 botched robbery of the First National Bank in Northfield, Minnesota. However, of particular interest is his murder, which was committed by a man named Bob Ford.

Ford and his brother were new Younger Gang recruits. They’d made arrangements with Missouri’s governor to assassinate James in exchange for a reward. His execution occurred on April 3, 1882, when Ford shot him while he was dusting a picture at his home in St. Joseph, Missouri.